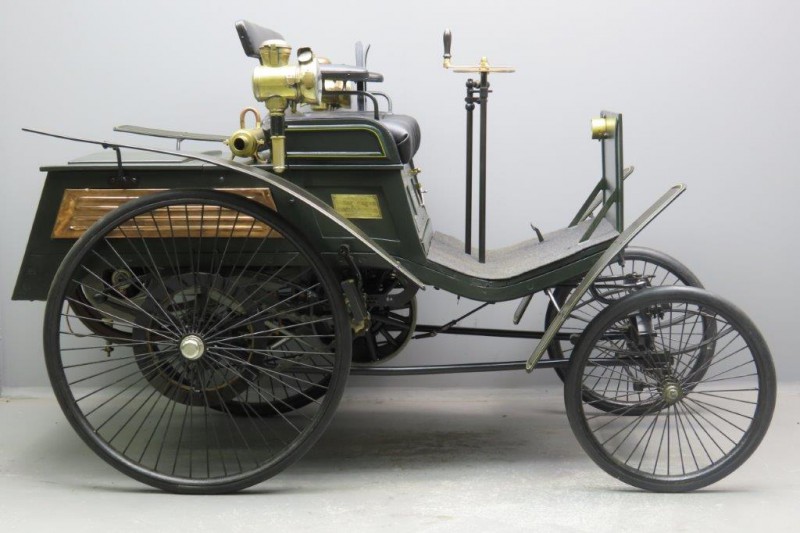 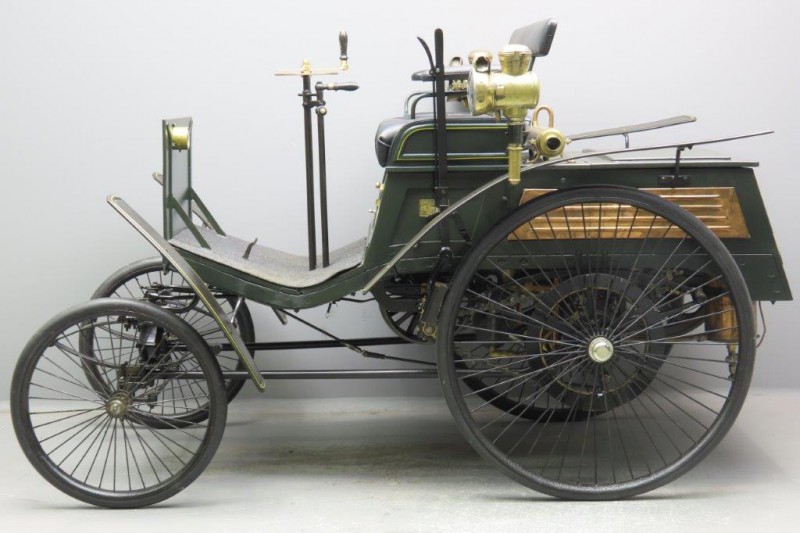 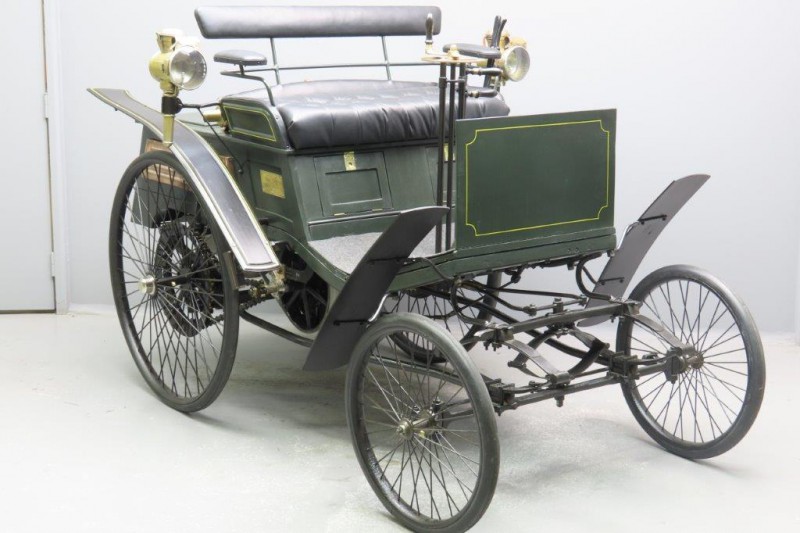 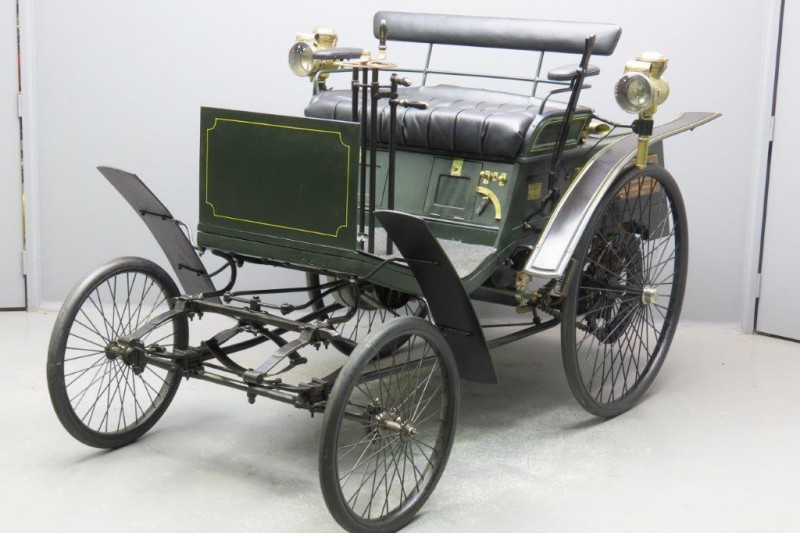 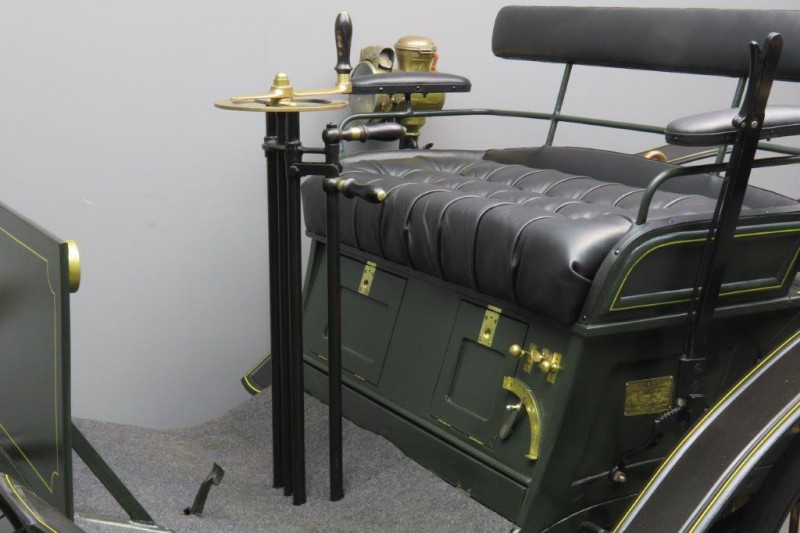 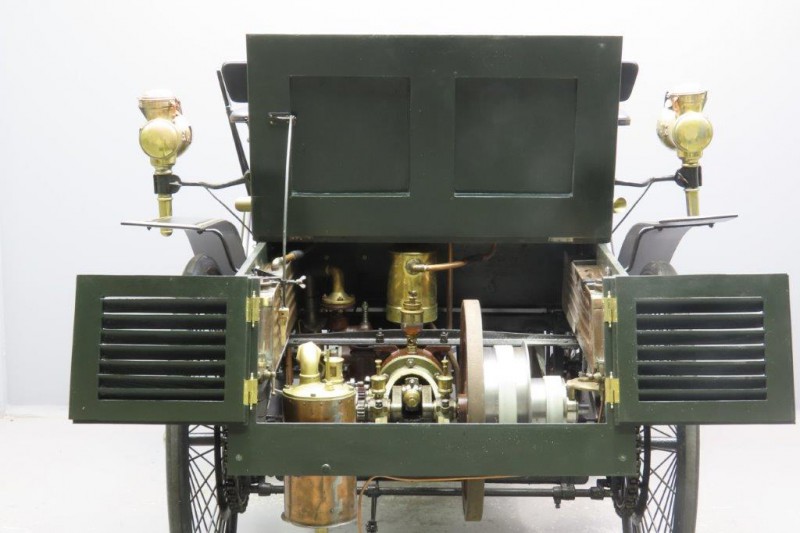 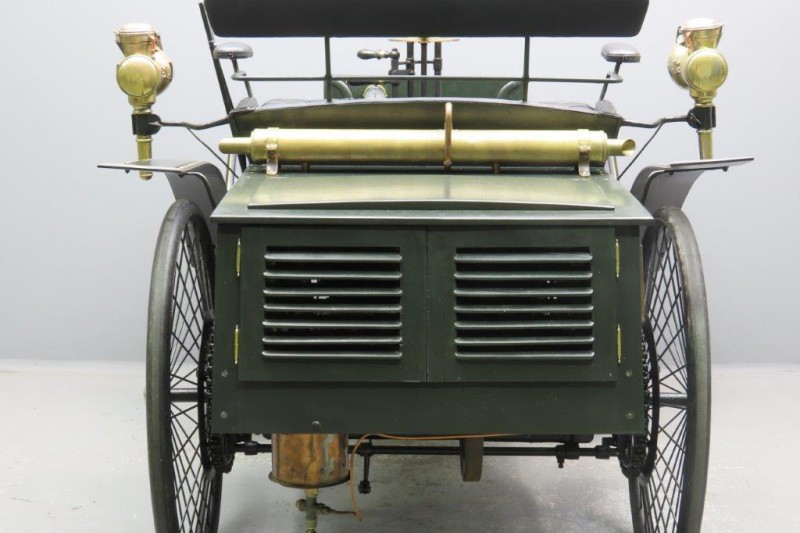 The little motorcar that Carl Benz built in 1885 and patented in January 1886 was the world’s first practical car that went into series production.
By 1893 a total of 69 vehicles had been made at Mannheim, Germany, by Benz et Cie, all the early cars being three-wheelers.
However, in 1893 the substantial four-wheeled Victoria, Vis- à -vis, and Phaeton models were introduced and a smaller ‘Velociped’ was soon added to the range, the first example of this type being sold to a customer in Dresden in April 1894, and the Velo (as it was generally known) soon came to account for about 60 per cent of production.
In the beginning the “Velo” was equipped with an engine doing 1½ HP @ 450 rpm.
Up to the end of production in 1901, the engine’s performance could be improved to 3.5 HP @ 800 rpm.
From 1898 onwards a better equipped variation was offered, too, the “Velociped Comfortable” or short “Comfortable”.
Overall about 1,200 units of the “Velo” and the “Comfortable” were produced, most of them for exports.
The Velo also inspired numerous copies and Benz’s Velo was particularly popular in France, where a Parisian bicycle manufacturer by the name of Émile Roger had been building Benz engines under license from Karl Benz.
Roger began building Benz automobiles as well, and as a result, a majority of Benz automobiles were sold in France initially.
Many British inventors also used Benz’s patents and automobiles as starting points for their own innovations.
The Velo features a single-cylinder, horizontally placed engine with a vertical flywheel.
Bore x stroke are 110 x 110 mm giving a total displacement of 1045 cc.
|The overhead intake valve is automatic, the exhaust valve is mechanically controlled.
Early examples (such as this one) have a Benz surface carburettor, later types are equipped with a float-type carburettor.
The chassis consists of wood with iron reinforcement and the bodywork is entirely made of wood. Front and rear suspension are full-elliptic springs.
The foot brake is of the outside-band type and works on the rear wheels.
There is an additional hand brake that functions as a parking brake.
This consists of wooden pads that act on the solid-rubber tyres.
The drive train consists of 2 flat belts from the engine to the countershaft with loose- and fixed-pulley set and integrated differential; each of the rear wheels is driven by one chain from the countershaft.
The Velo weighs about 300 kg and can reach a comfortable top speed of 20 km per hour.
This fascinating piece of automobile history has been restored and is in perfect running condition.