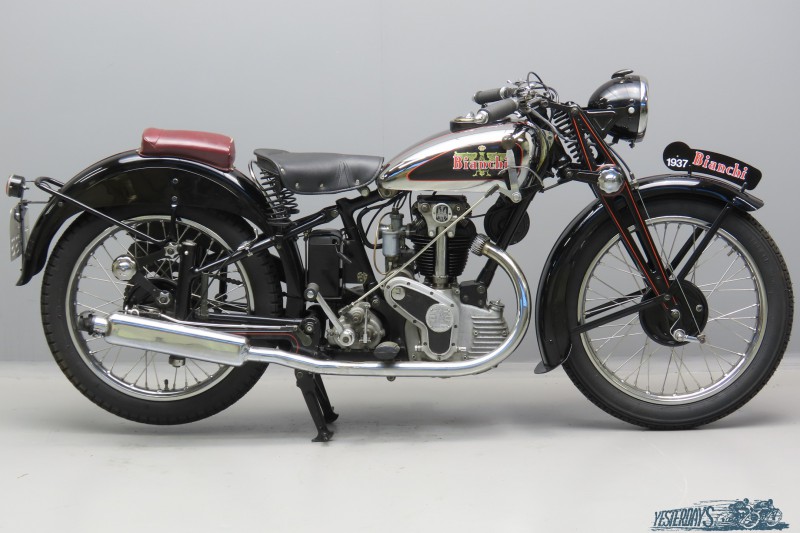 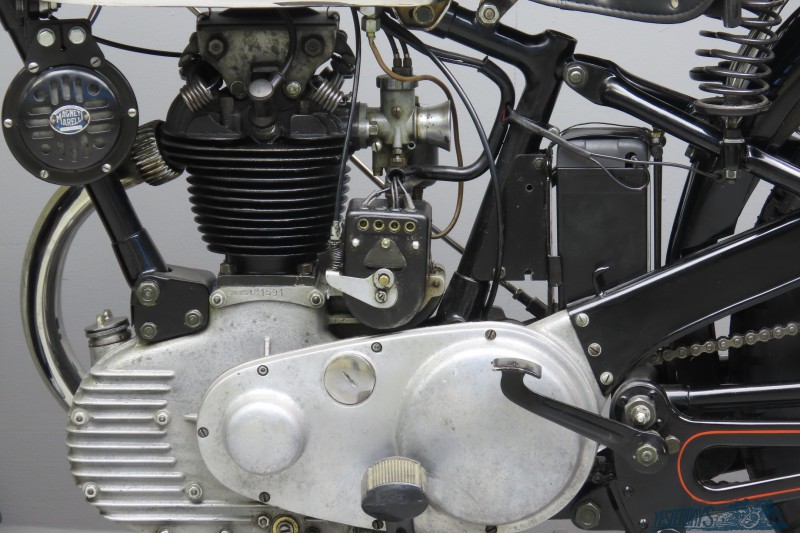 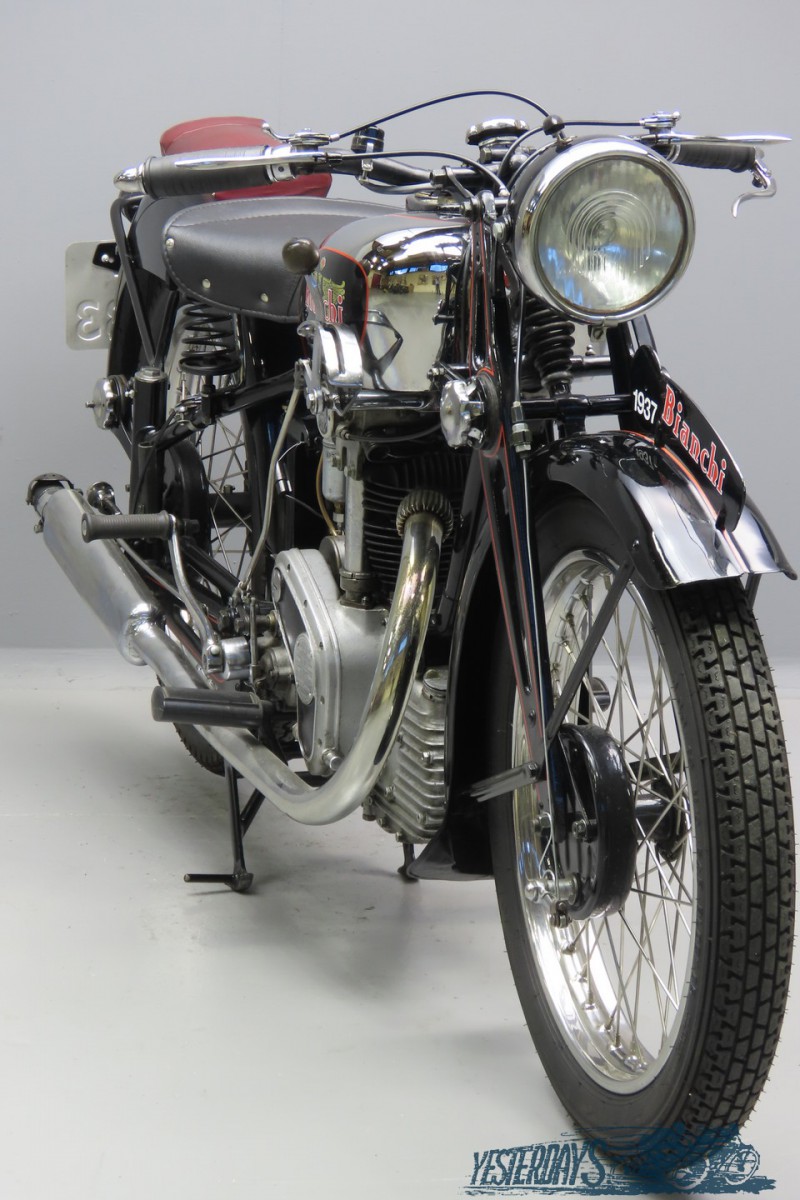 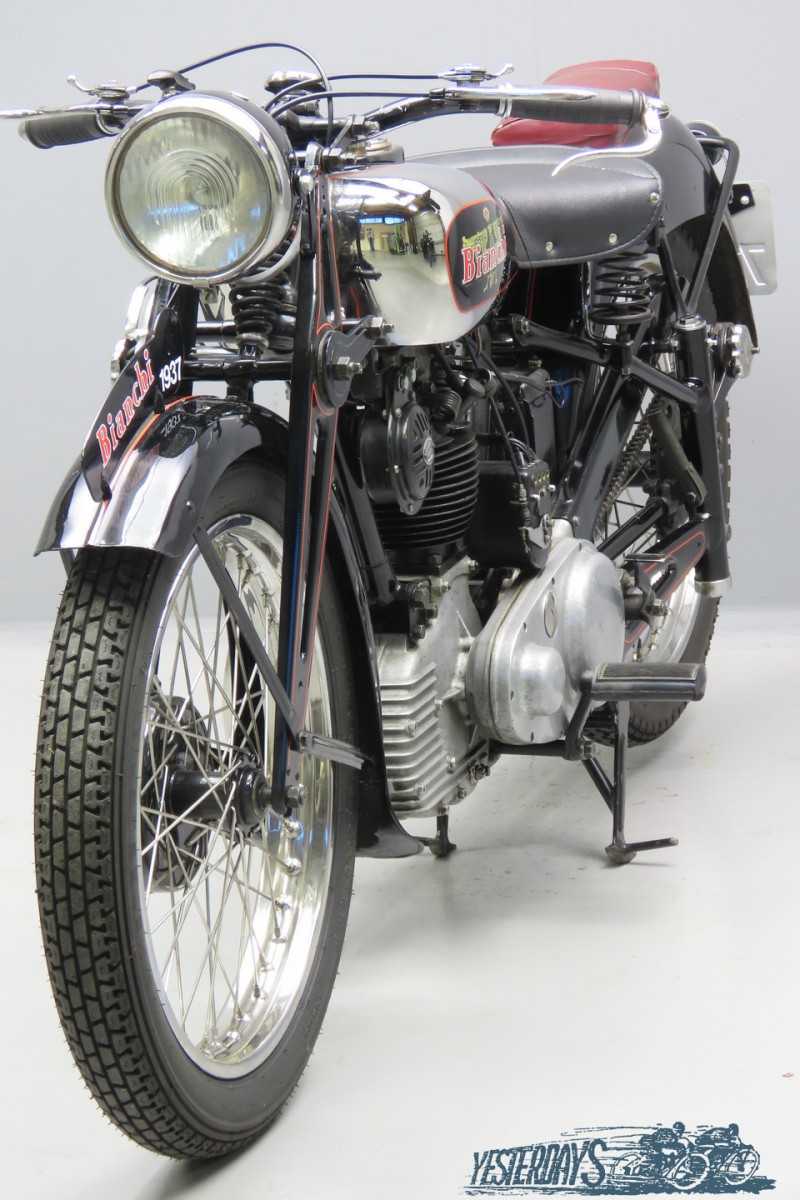 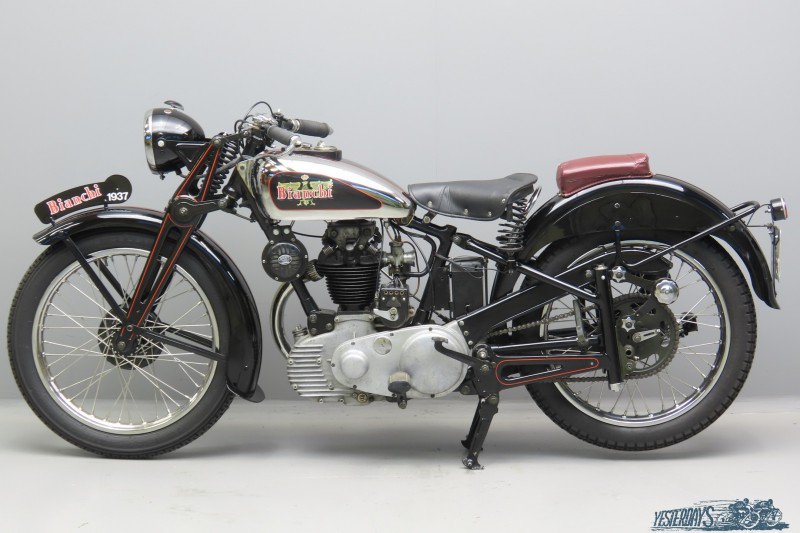 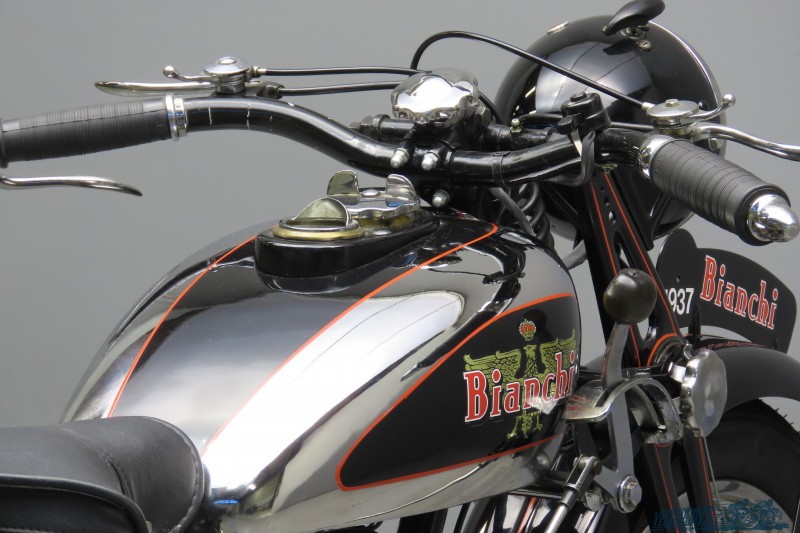 The history of Bianchi began in 1885, when Edoardo Bianchi opened his first shop in the Via Nirone in Milan and started to construct bicycles.
In 1888 he was the first in Italy to move from solid tyres to the Dunlop-patent air chamber type.
From 1897 till 1902 tricycles and quadricycles were produced and in 1902 came the first motorcycle, fitted with a De Dion-Bouton engine.
Car manufacture started in 1908.
Most models from the teens and twenties were side valve singles but in 1925 a 348 cc overhead valve (OHV) single was introduced.
There was also a 348 cc dual overhead cam (DOHC) works racer, designed by Albino Baldi, Bianchi’s chief engineer and these Bianchis were the most successful Italian racing bikes for the next five years, ridden by famous racing men such as Tazio Nuvolari and Mario Ghersi.
In the 1930s Baldi designed another racing bike, a 498cc ohc single.
1938 saw the introduction of a supercharged four cylinder 498 cc DOHC racer, but this model was never fully developed.

In 1924 the first light single was marketed and this machine was the basis for the later ”Frecchia d’oro” (“Golden Arrow”) class.
The engine capacity was upped via 200 to 220 cc and reached its final development in the 250cc “Normale” and “Sport” models that were manufactured from 1934 to 1940.
The last Bianchi motorcycles were made in 1967, though the Autobianchi car side of the business would continue for another 20 years, latterly as part of the FIAT group.
|The bicycles, of course, are still with us.

The engine of this goodlooking and well-constructed model has bore x stroke dimensions of 63 x 80 mm and produces 9,5hp @ 5,100rpm. It comes with rear suspension with friction damping that was first available on the 1936 models.
The oil is carried in a sump extension at the front of the crankcase and ignition and lighting are provided by a Bosch system.
This very interesting specimen of 1930s Italian design has been restored and comes with various technical documents and current registration.