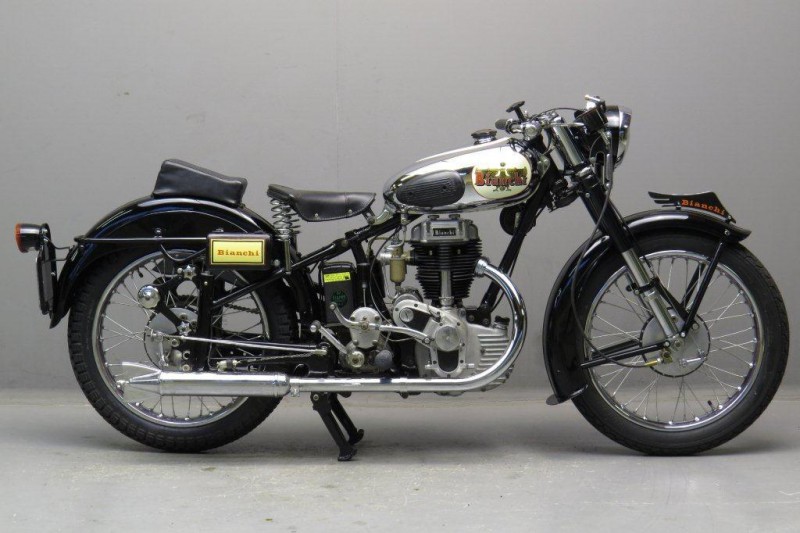 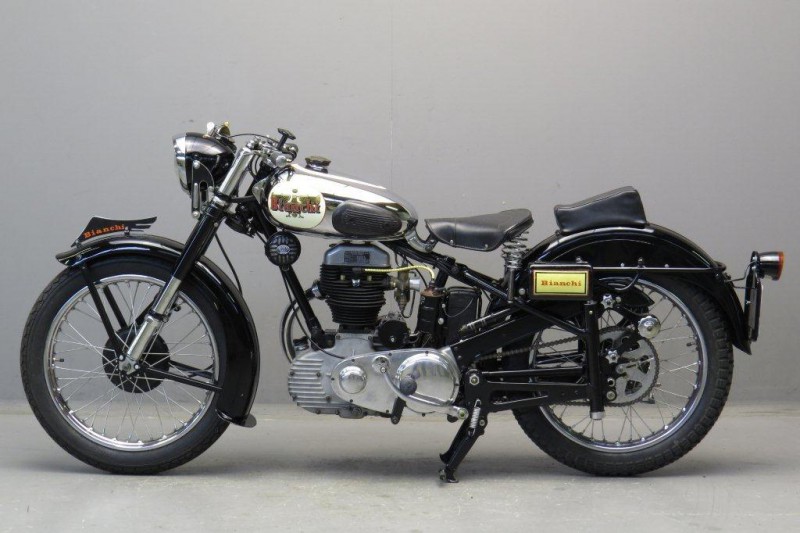 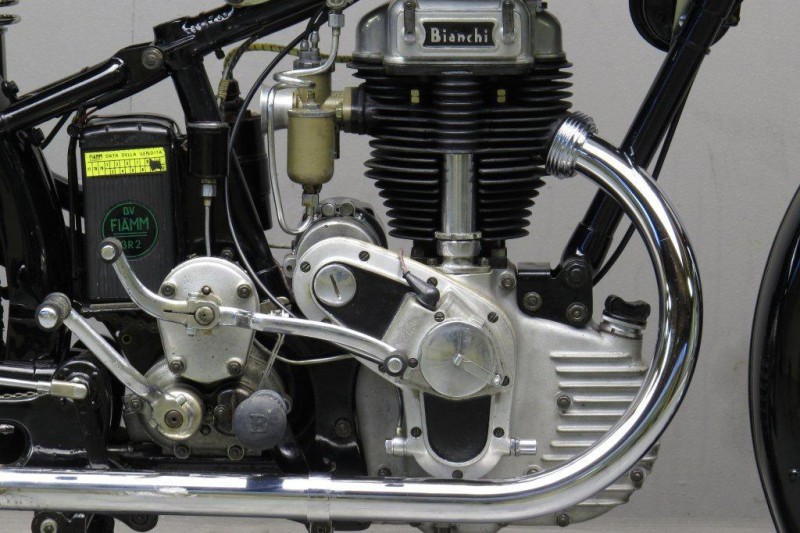 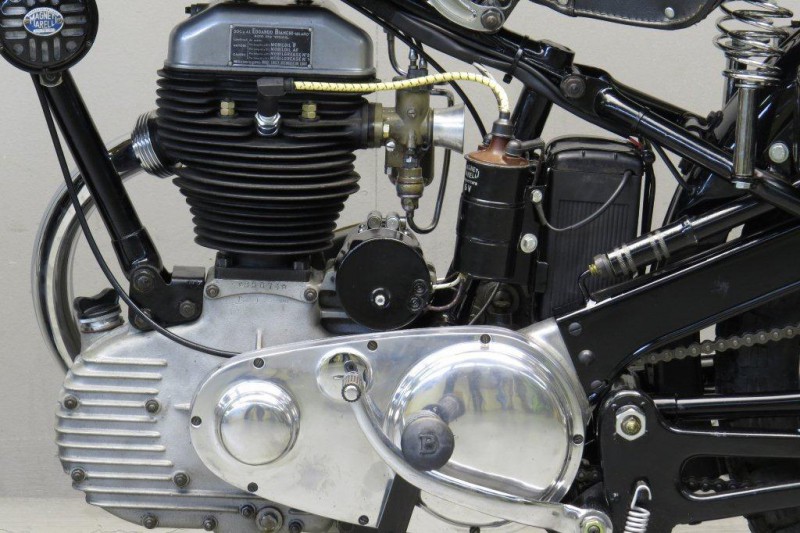 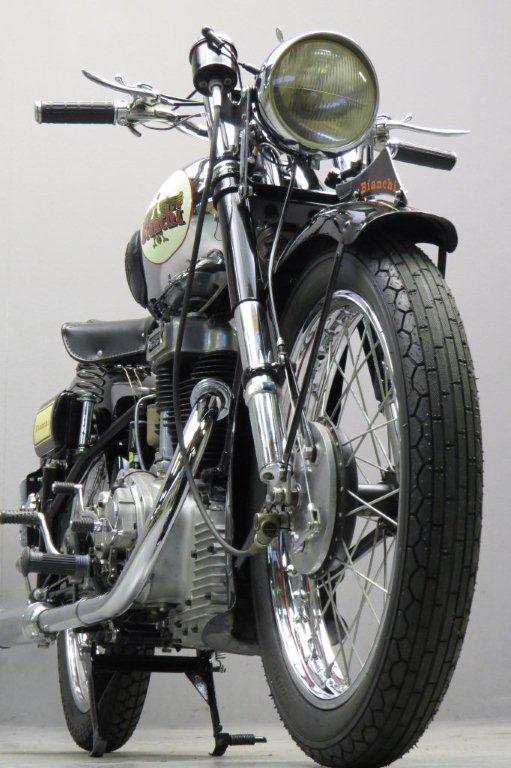 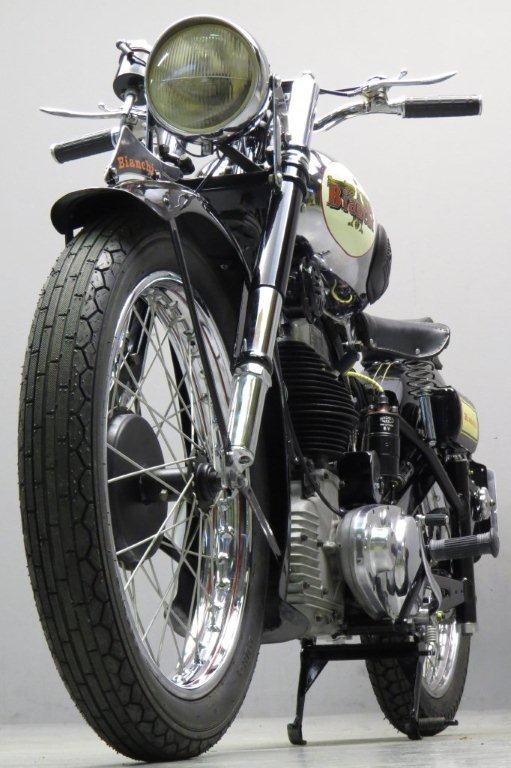 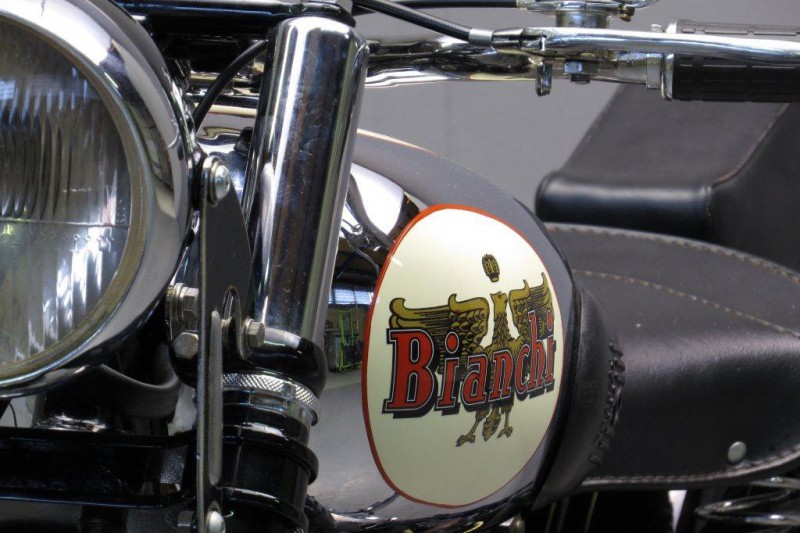 The history of Bianchi began in 1885, when Edoardo Bianchi opened his first shop in Milan Italy, starting the construction of bicycles and was the first in Italy to move from solid tyres to those with air chamber (Dunlop patent) in 1888.
In 1901 he produced the first motorcycle, and in 1903 the first cars were presented.
In 1924 the Bianchi debuts in the world of  motorcycling sports with Tazio Nuvolari, who rode Bianchi to many victories.
The model Stelvio helped Bianchi to survive the difficult post-war years.
Bianchi is connected to many big names in the history of motorcycling.
Dorino Serafini, the great champion, driving a 500 DOHC (189 km/h),1935 to 1938, winning the Lario Circuit and various Grands Prix .
In 1949 he was hired by scuderia Ferrari to ride their cars to victory with Villoresi and Ascari.
Lino Tonti designer and Racing Manager, came in 1958 in the Bianchi team
REMO VENTURI performed first as a cyclist to pass in the 1950 Grand Prix motorcycle racing season where he competed for 16 years.

Bianchi Stelvios 250 were built in Milan Italy , from 1947 till 1952 and were very similar to the prewar Bianchi 250cc Freccia d’Oro models.
The wonderfull design of the 250cc OHV Stelvio is an exercise in ovals and ellipses: the fuel tank and many other parts of the bike employ oval shapes to wonderful effects.
The Bianchi Stelvio is one of the most attractive, early postwar Italian motorcycles.
Stelvios are very rare motorcycles with only a few known to excist.
We can say without doubt that the Bianchi Stelvio 250 is one of the most beautiful motorcycles built in Italy in the early years after the war and that it is an example of how " beauty and mechanics can melt and cross the boundaries of art "..
This Bianchi is a well presented older restoration and a good runner .