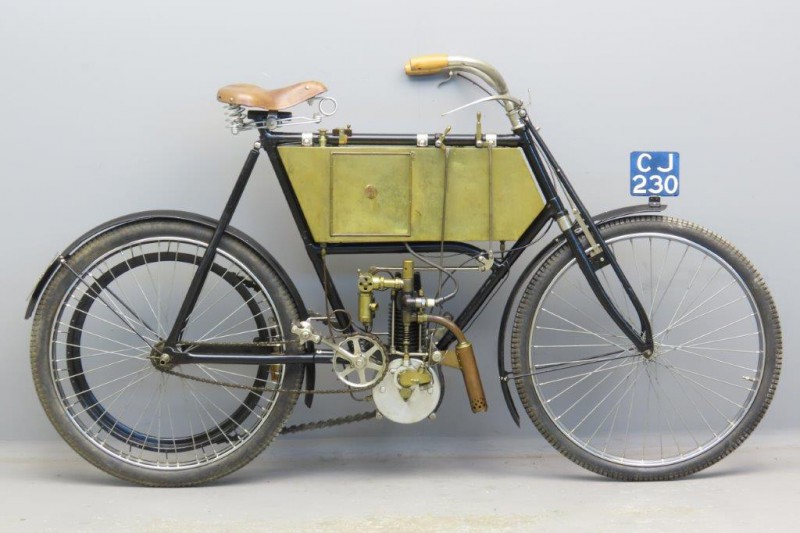 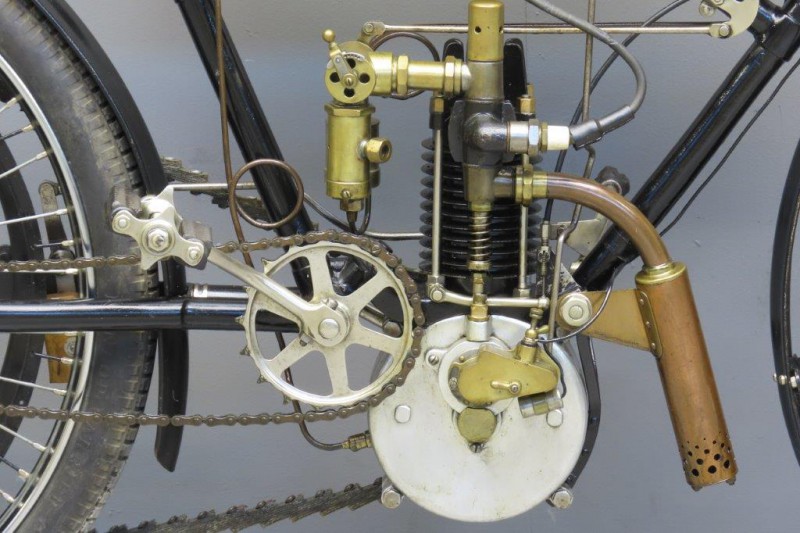 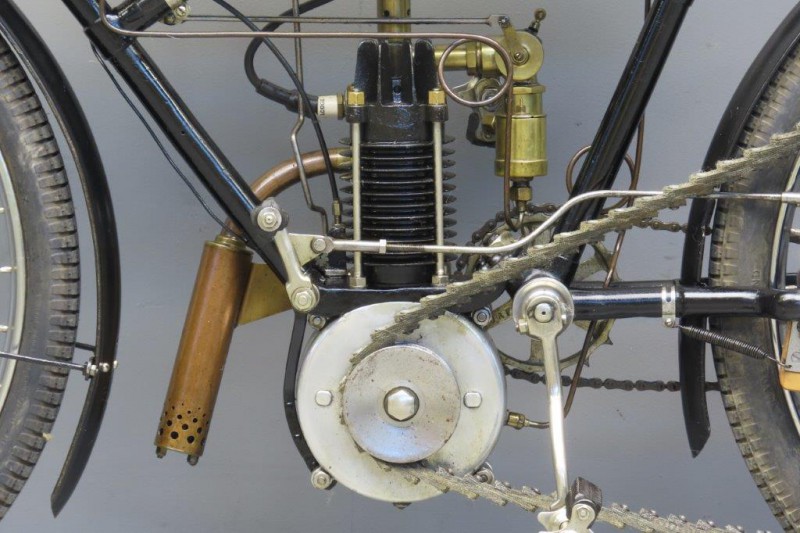 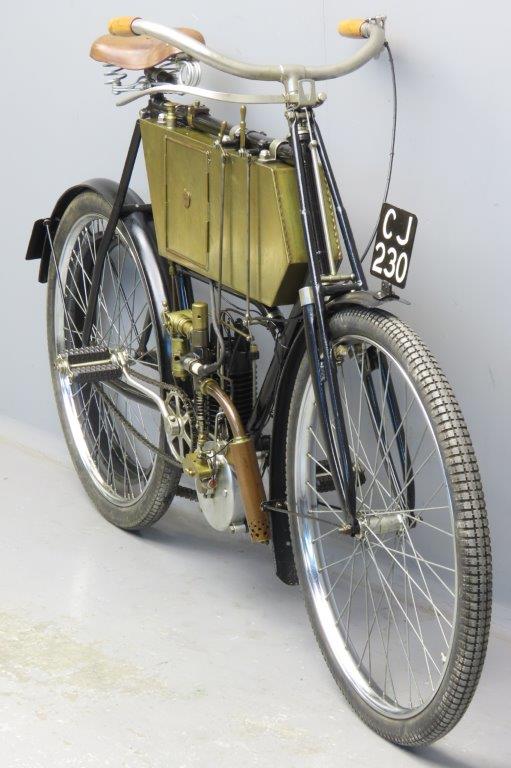 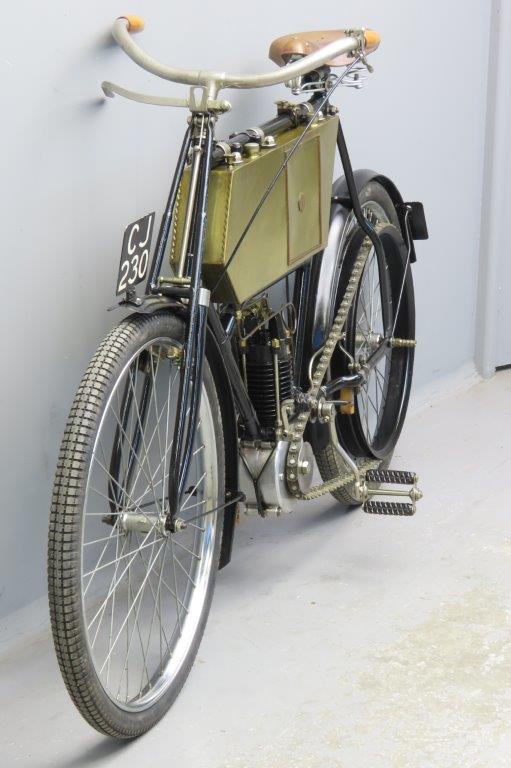 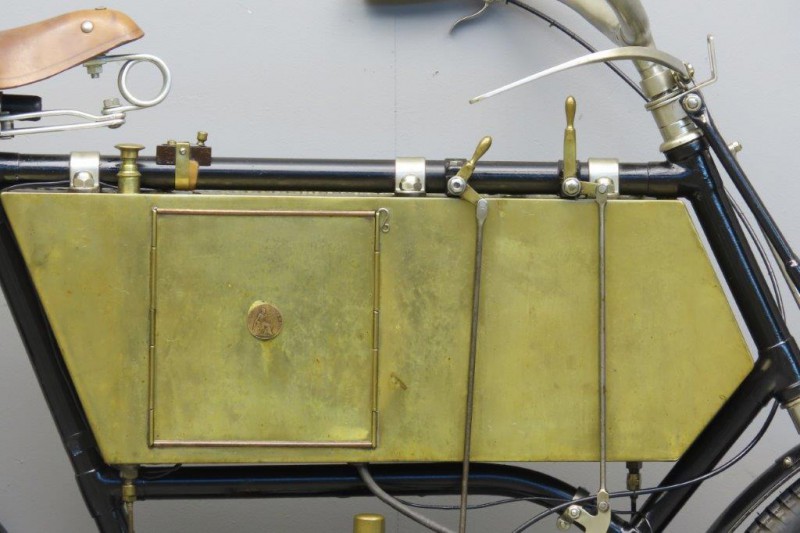 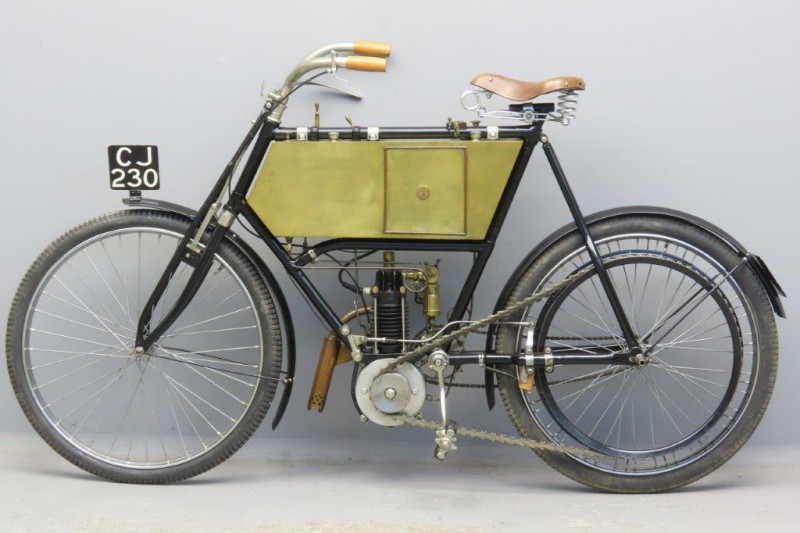 This motorcycle was made in 1903 by the Hereford City Waterworks and Sewage engineer Charles Arthur Blackford, who lived at the Outfall Works Lodge,  Hereford.
It was registered on his name as CJ 230 and later transferred to his son in law, William Benjamin Brook.
It was found about 1938 in a yard behind the brewery of Arnold Perrett Ltd. in Maylord Street, Hereford by George Butcher.
He was  the proprietor of Fryer’s Garage, located in Widemarsh Street.
The machine was almost complete, only missing its Brown & Barlow carburettor.
That had been taken off by an employee who wanted to make it run again.
Sometime during the early post-war years the Blackford was bought by the late Arthur Henry Foxton, who saved a lot of early motorcycles in the years after the second world war by tracking down and restoring them.
When Mr. Foxton had restored the machine -fitted with a 1909 B&B carburettor –  a photograph was published in the local newspaper that was seen by the garage employee who had taken off the  original carburettor.
He contacted Mr. Foxton and the carburettor was reunited with the machine.
During restoration it was found that the engine was probably of earlier manufacture than the motorcycle because there was a platinum rod in the cylinder head that had been part of a hot-tube ignition system.
Mr. Foxton contacted Harold Karslake, who was at that  time the country’s leading expert regarding old motorcycles.
Mr. Karslake suggested that it was similar to an engine that he made from a set of castings  that were supplied about 1898.
This would mean this motorcycle has one of the earliest UK engines.
This machine is a “one-off”, no others were made. After C.A. Blackford passed it to his son in law, Brook called it “New Penny”.
This name is mentioned on the V5 registration document ; also note the  1904 Penny coins soldered to  each sides of the petrol tank.
This  intriguing early survivor comes with Pioneer Certificate and extensive history file and  is in fine condition.