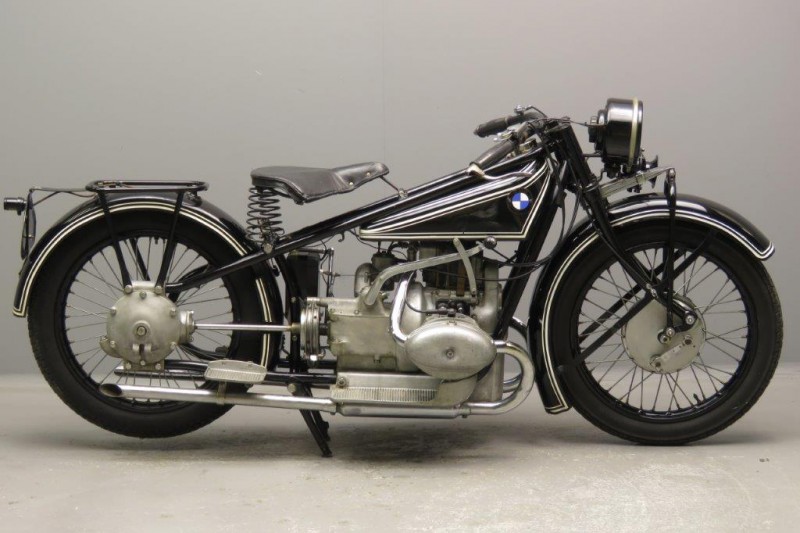 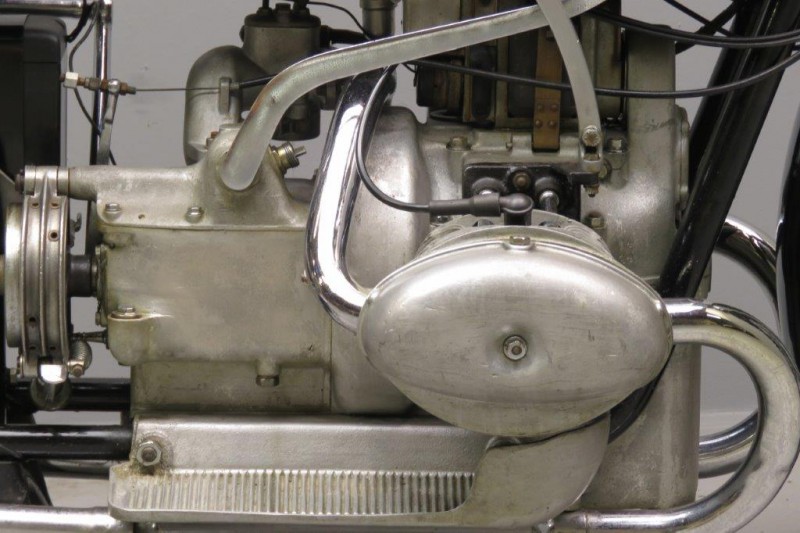 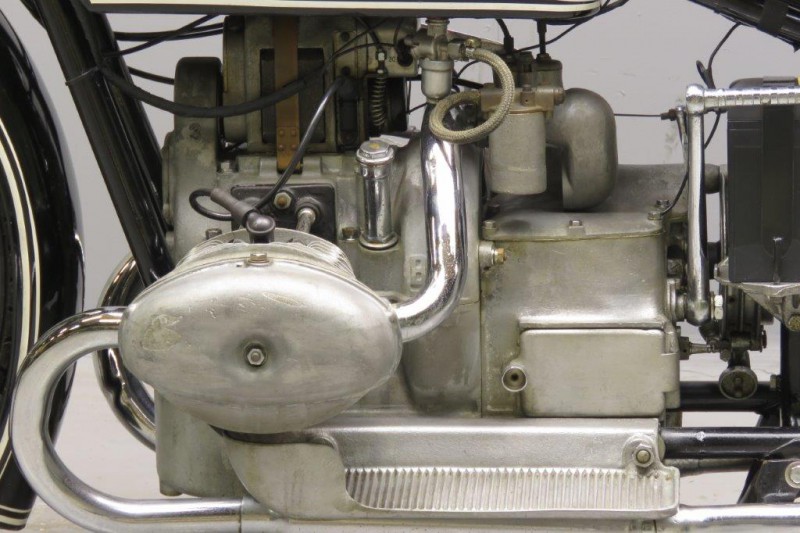 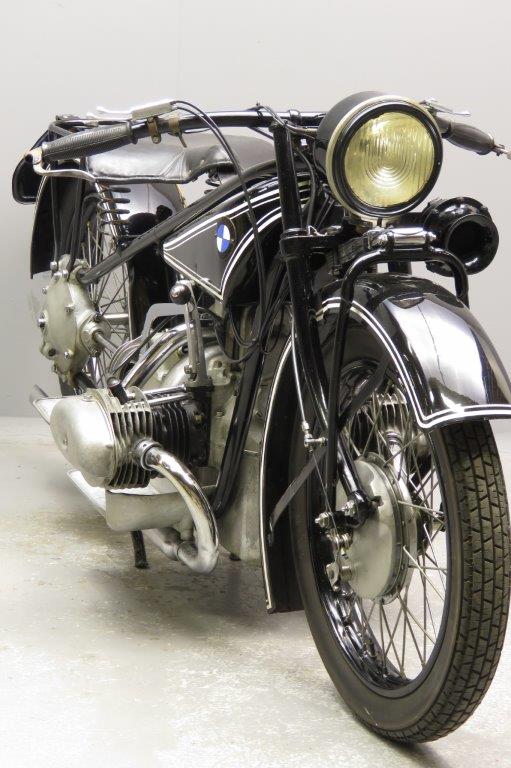 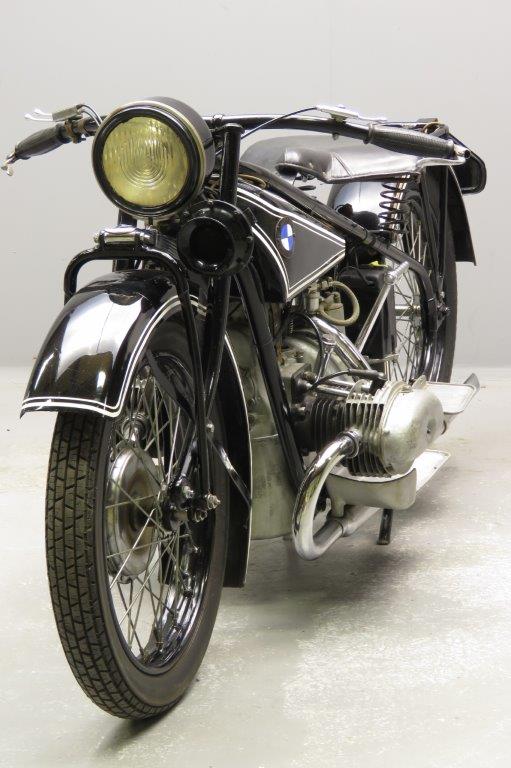 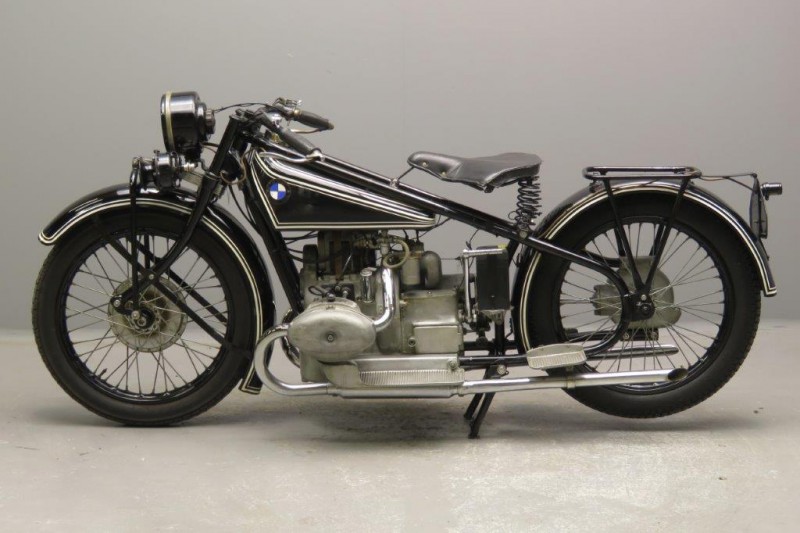 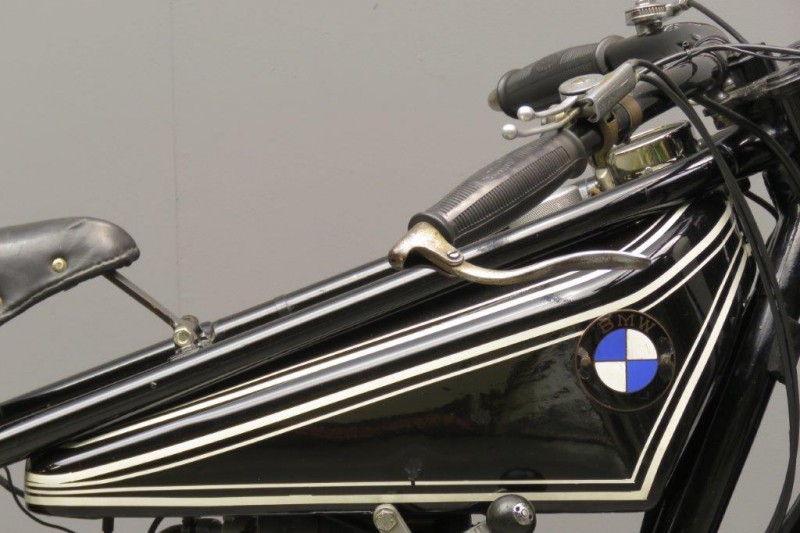 in 1928 BMW presented two new 500s, the side valve R 52 and the overhead valve R 57.
The company also provided engines in the 750 cc class with the same cycle parts: the 745 cc side valve model R 62 with bore x stroke of 78 mm and the 734 cc ohv R 63 with bore x stroke of 83×68 mm.
The R63 was with its 24 HP a spirited performer on the road but it was also raced by the works alongside its 500cc stablemates.
Like the latter, it pioneered the factory’s use of supercharging.
Although a relatively modest 120 km maximum was claimed for the stock R 63, it was a modified version that provided BMW with the means of securing its first motorcycle land speed record, when Ernst Henne achieved a maximum of 216,8 km on a ‘blown’ example in 1929.
The R 63 had a bore/stroke ratio of 1.22:1 and the relatively large piston area was an excellent basis for further development: in 1935 Henne reached 256.1 km on the blown 750 cc record-breaker in its final highly tuned and elegantly streamlined form.
The arrival of the fashionable ‘saddle’ fuel tank at the end of the 1920s meant that BMW’s distinctive wedge-shaped tank had to go.
The resulting wholesale revision of the design undertaken for 1929 would later confer iconic status on these early BMWs.
The R 63 is highly sought after as the first ohv BMW in the 750 cc class; less than a thousand were made.
It weighs 155 kg and delivers its 24 HP @ 4000 rpm. This machine has been restored a number of years ago.