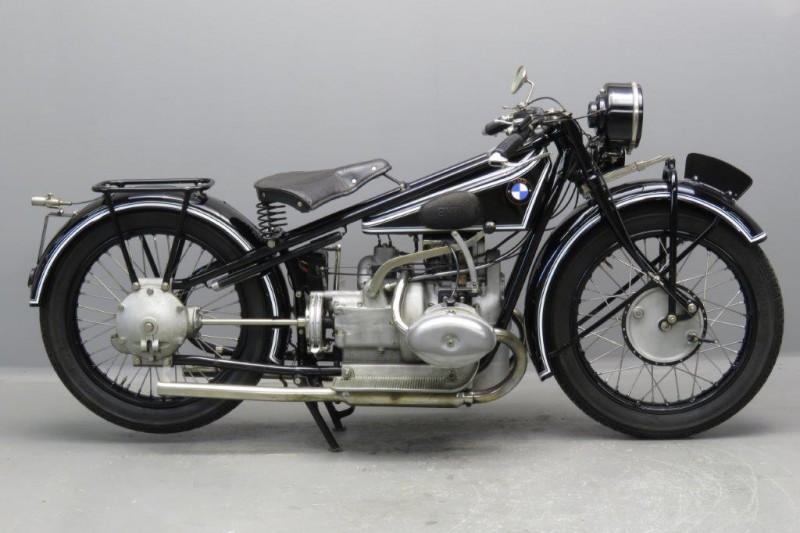 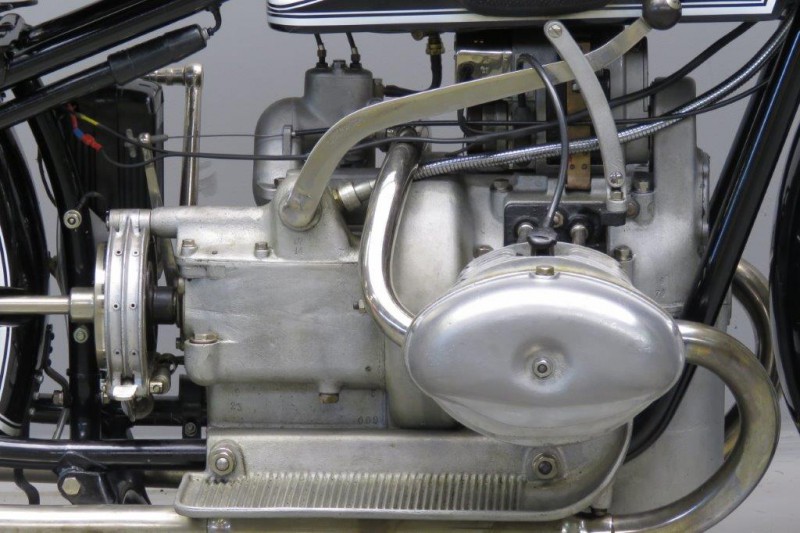 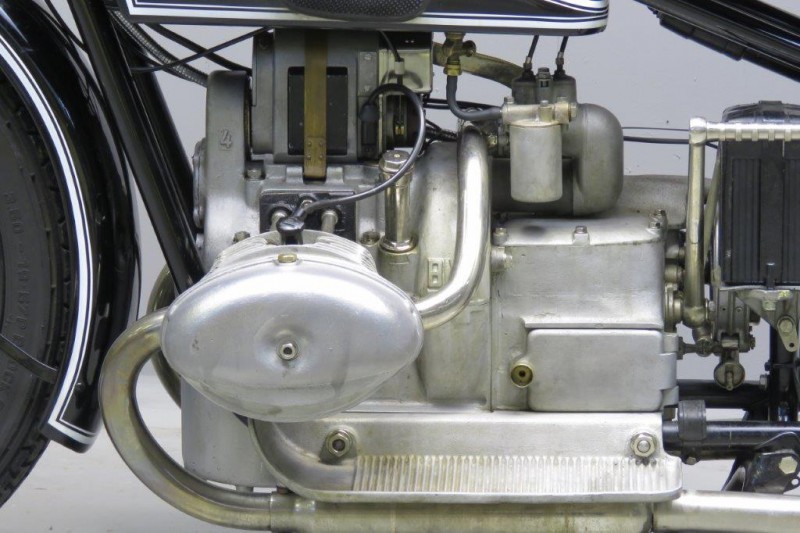 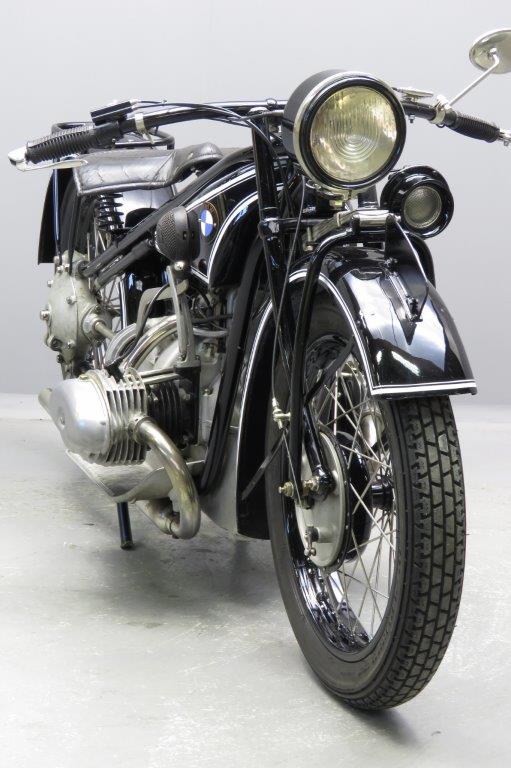 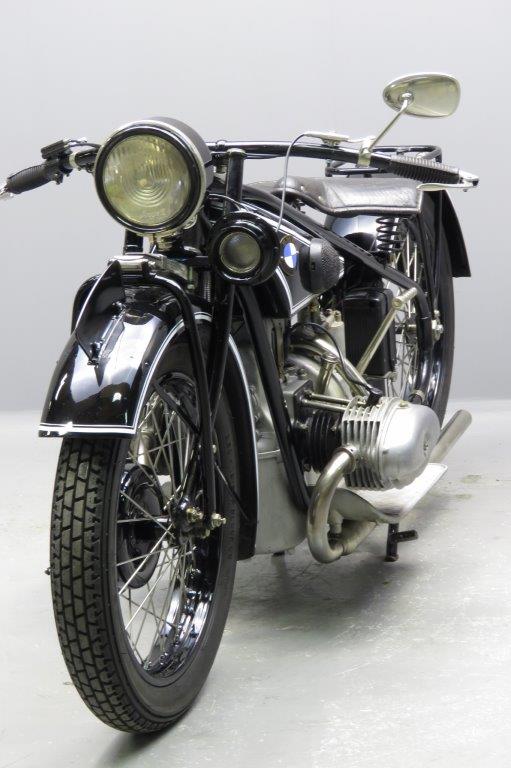 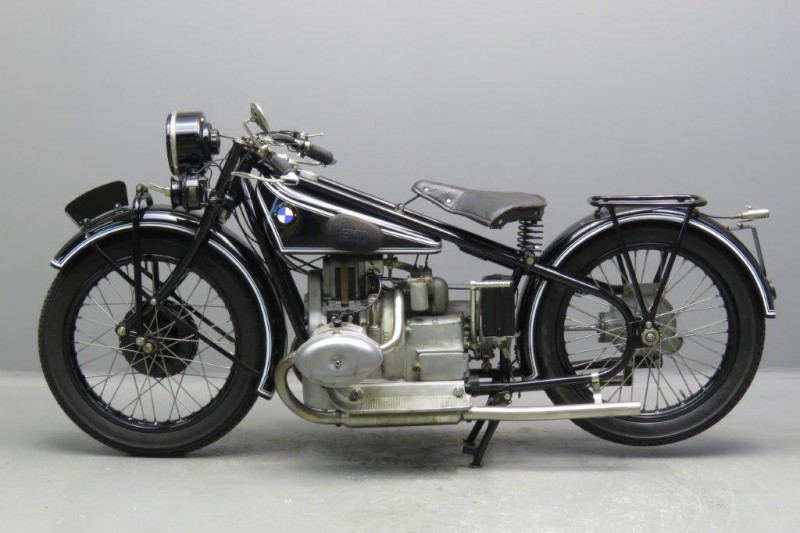 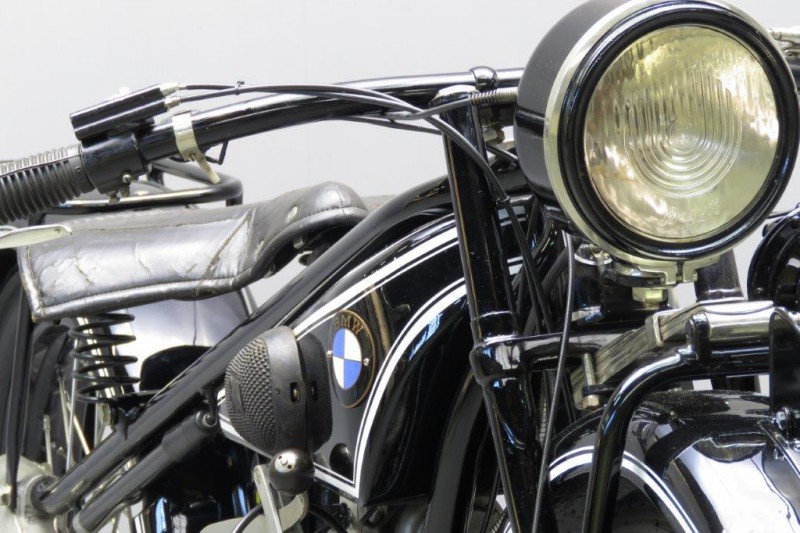 The first BMW, the 500 cc side valve R 32,  was marketed in 1923. 3100 machines were built.
Two years later an OHV version was brought out, the R 37.
This machine had the smallest production run of all commercially produced models in the company’s motorcycling history: only 175 were produced.
In 1926 the R 42 saw the light: it was based on the R 32 but some modifications had made it faster and more practical: the brakes were improved and the engine got light alloy removable cylinder head. Power was still modest at 12 HP @ 3400 RPM.
The machine was relatively light with 126 KG and the maximum speed was about 95 Km/h.
The R 42 had an ohv brother, the R 47. The R 42 / R47  models were further developed and   in 1928 their successors were presented, the side valve R 52 and the overhead valve R 57.
The   R 52 was produced for 2 years, the R 57 lasted one year longer.
The latter produced 18 HP while the side valve machine came to 12 HP.
R 52 owners looked with some envy to the faster OHV engines and quite a few of them updated their R52.
That’s what also happened, probably very long ago,  to this impressive German quality machine.
It spent most of its life in Eastern Germany and comes complete with Bosch electrics and BMW-OTA speedometer.
This  sports tourer  has been restored a number of years ago to a high standard.