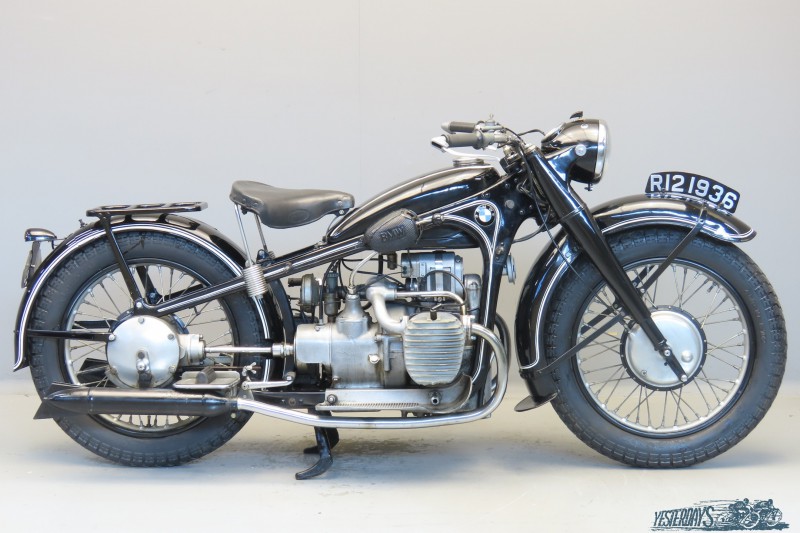 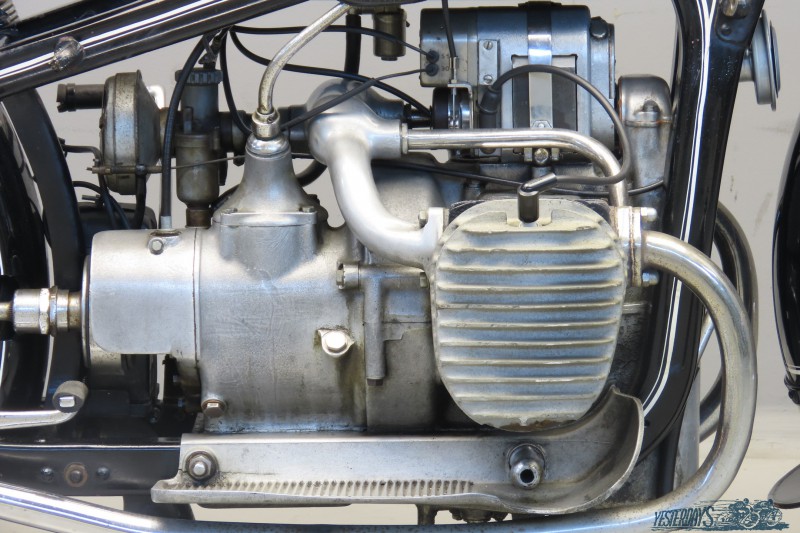 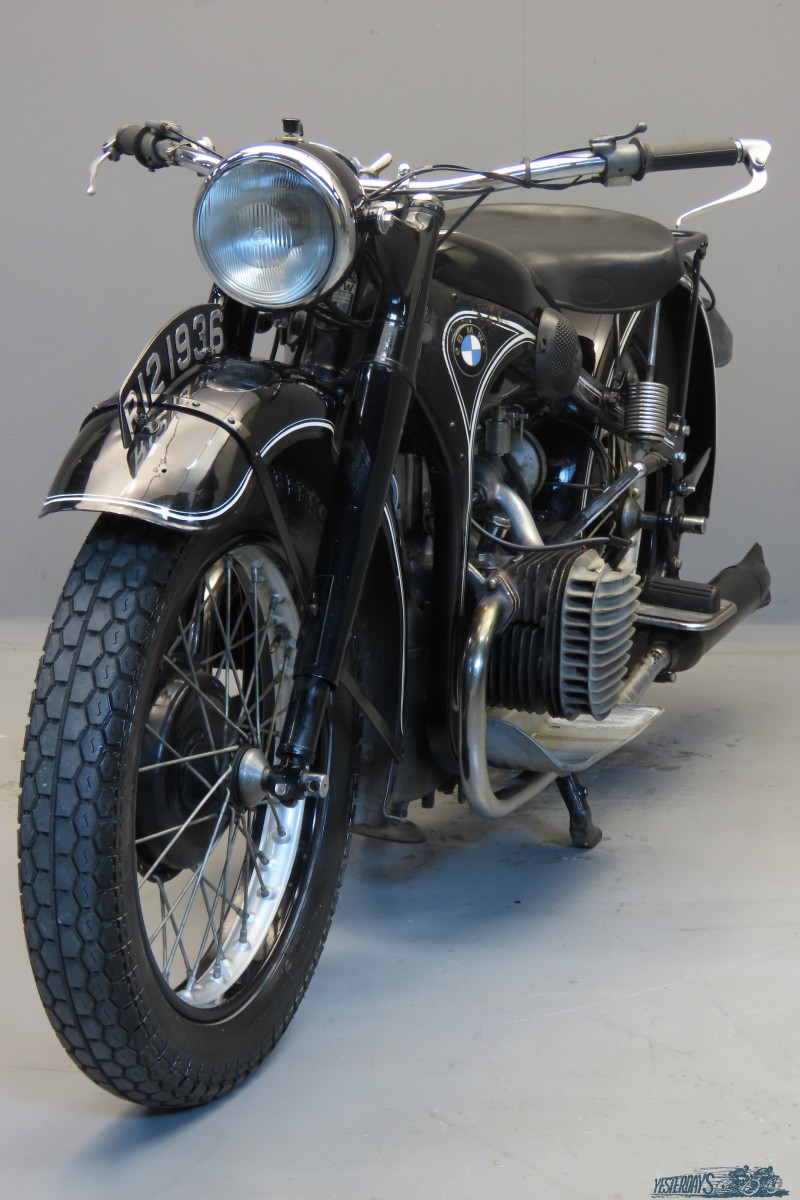 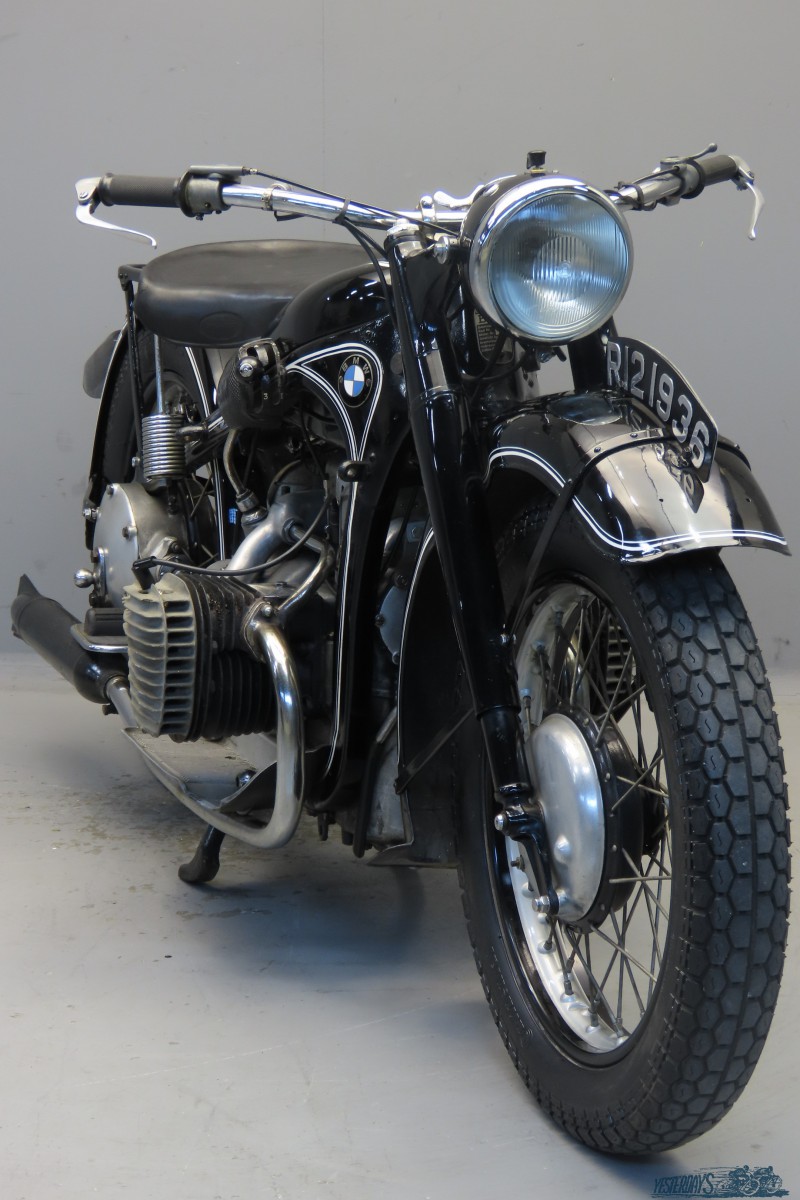 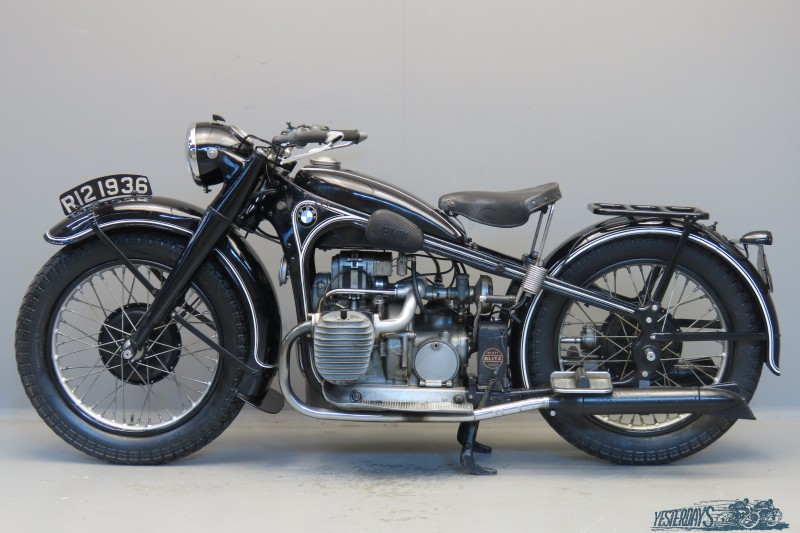 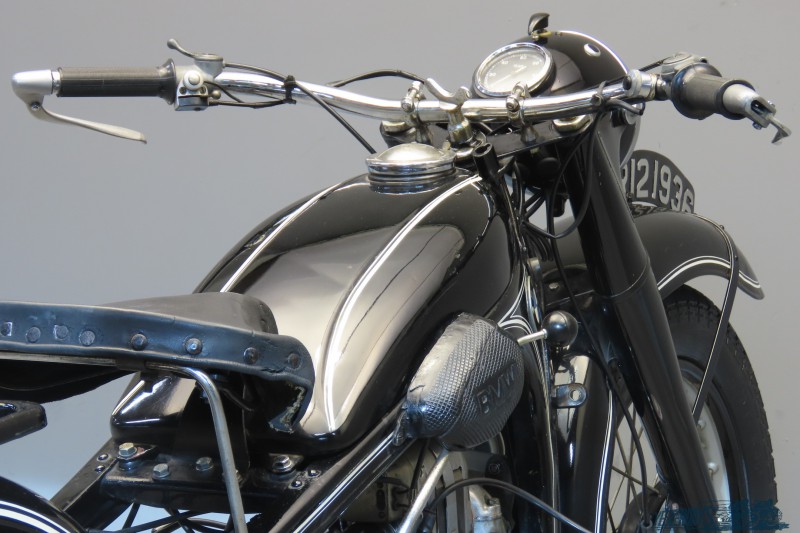 It’s difficult to find any logic in the vintage BMW model designations but here is a rare exception: the R12 was the successor of the R11, produced between 1929 and 1934. It had a pressed steel frame and leaf sprung front suspension. In 1935 the R 12 was introduced with a number of novel features, the most important being the new hydraulic damped telescopic front forks. Setright remarks about the new front forks: “ Compared with the old trailing bottom-link arrangement with its multiplicity of small bushes and large leverages, the new forks were practically maintenance-free and had an incomparably longer life, as well as being much less liable to distortion.(…) The R12 and R 17 earned praise for their straight-line stability and generally better steering, as well as for the much improved durability that the new fork construction promised.” Other new features were the 4 speed gearbox ( still with hand change though) and the fully interchangeable wheels. Bore x stroke of the cylinders were an equal 78mm and the compression ratio was relatively low with 5.2 : 1. The R 12 could be had with single or twin carburetors: many of the single carb machines saw service in the military and as such they were produced up to 1942. Power delivered is 18hp @3400prm, good for a top speed of some 110km. This road-registered older restoration BMW was recently ridden from England to The Netherlands and performed splendidly. She is fitted with a single Bing carburetor and comfortable German Dunlop Drilastic saddle.