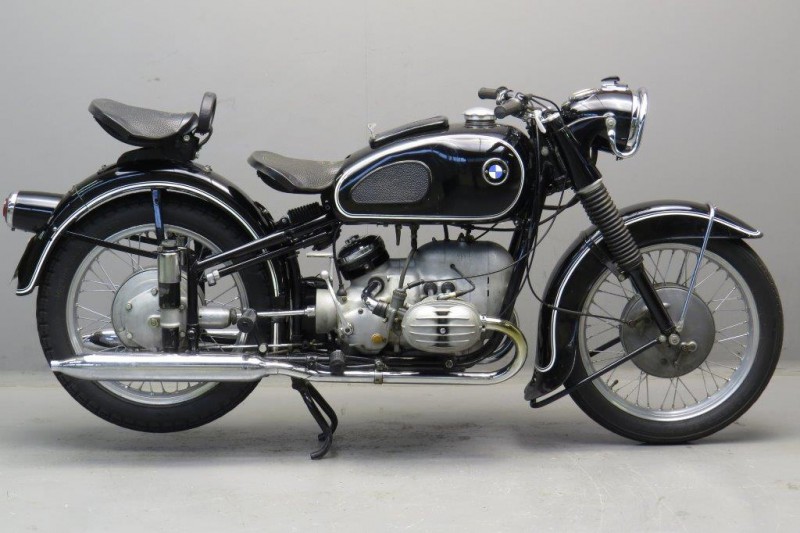 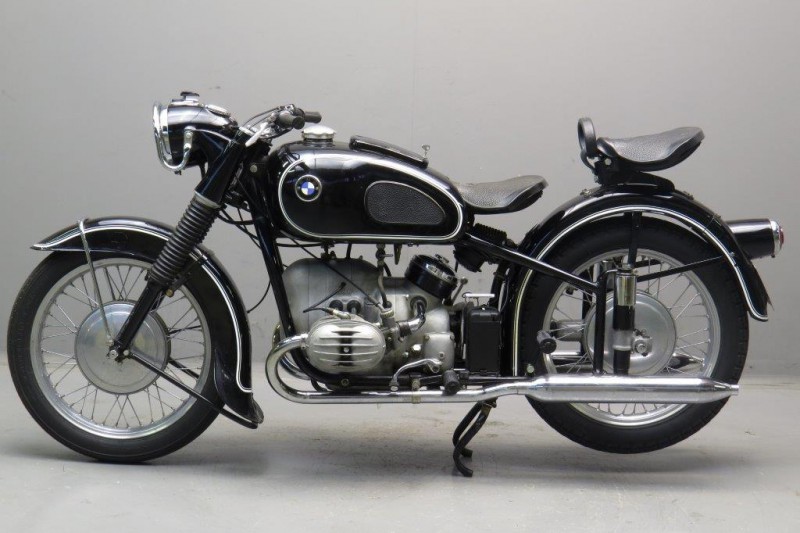 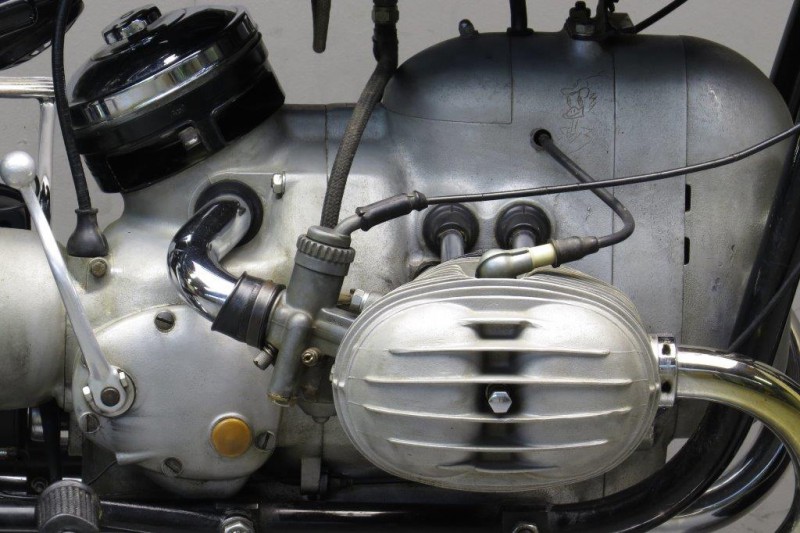 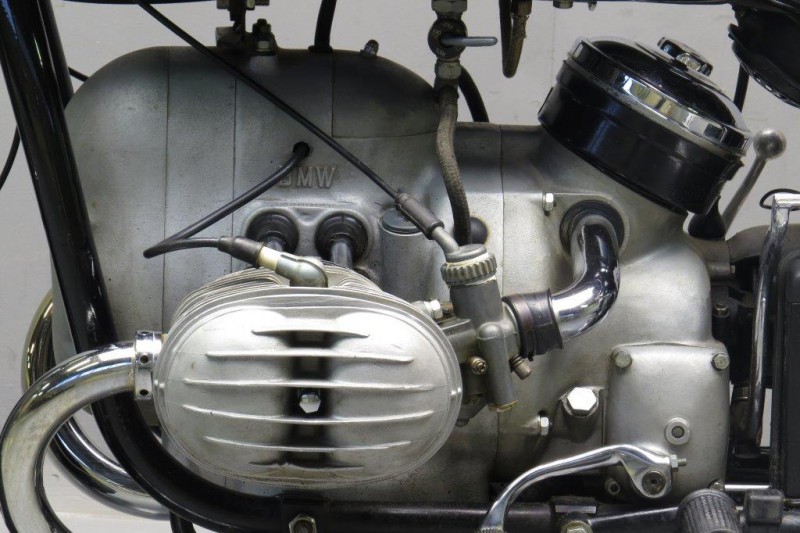 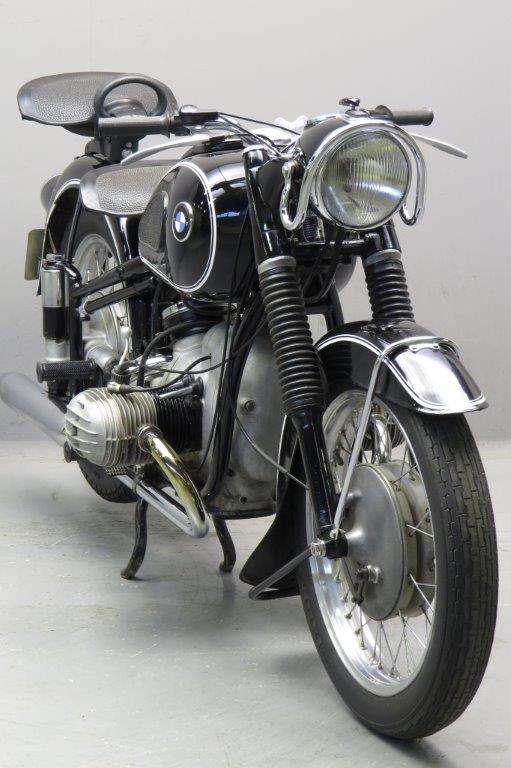 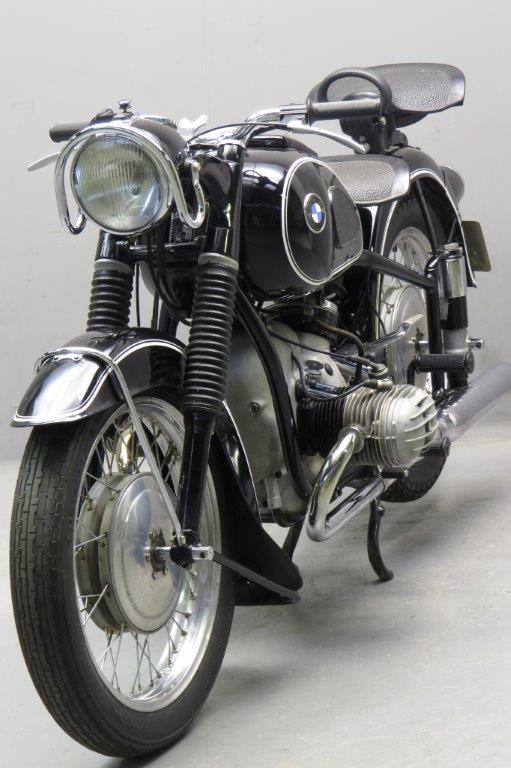 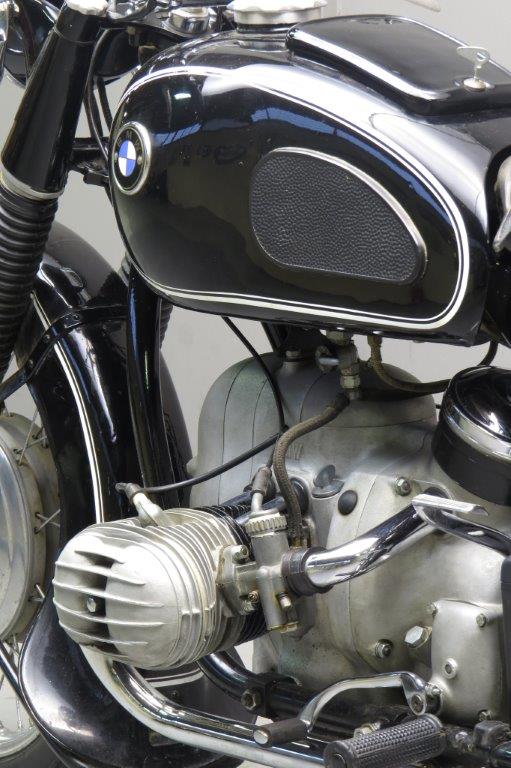 In 1948, BMW’s postwar motorcycle production recommenced with the R24 single but it would be another 12 months before a twin-cylinder model became available again.
This was the R51/2 based, as its designation suggests, on the pre-war R51.
Improvements incorporated into the R51/2 included a two-way damped front fork, gearbox mainshaft damper and strengthened frame. In truth, the R51/2 was only a stopgap model to get production under way while BMW worked on something more modern.
Its replacement, the R51/3, arrived in February 1951 and despite the similarity in designation had an entirely new and much neater looking engine incorporating a single, gear-driven camshaft and crankshaft-mounted generator among a host of other advances.

This R51/3 was tucked away for the last 20 or so years in a storage room, comfortly covered under a blanket.
The bike has matching engine and frame numbers.
It has been regularly kicked over to stay in operating condition and last time it has been started after years of inactivity, fresh petrol and two kicks were enough to start her up.
She shows traces of use, however is still presenting well and is in a good running condition.