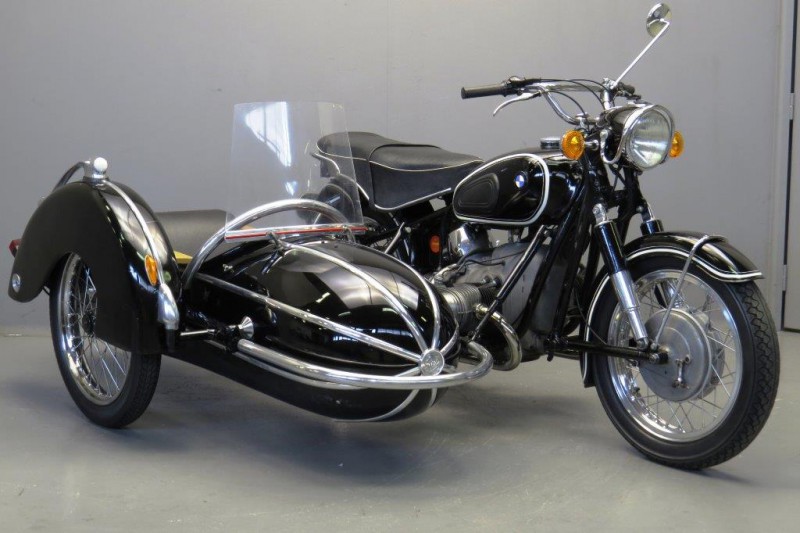 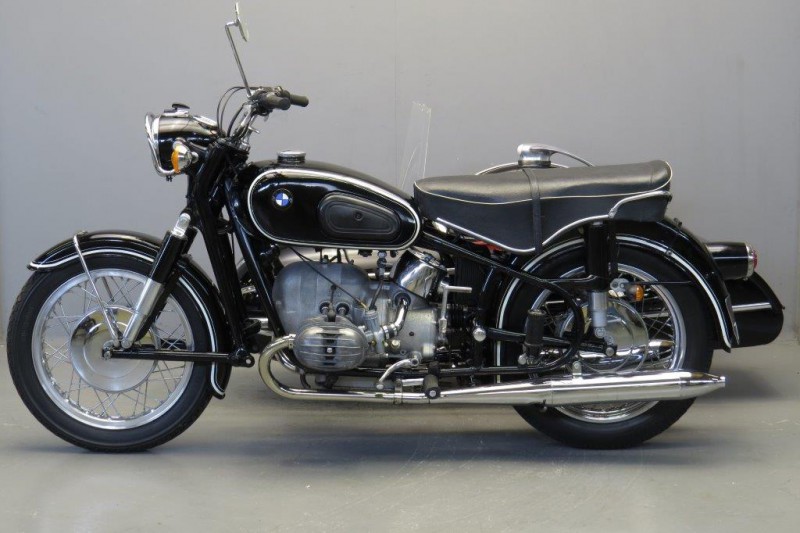 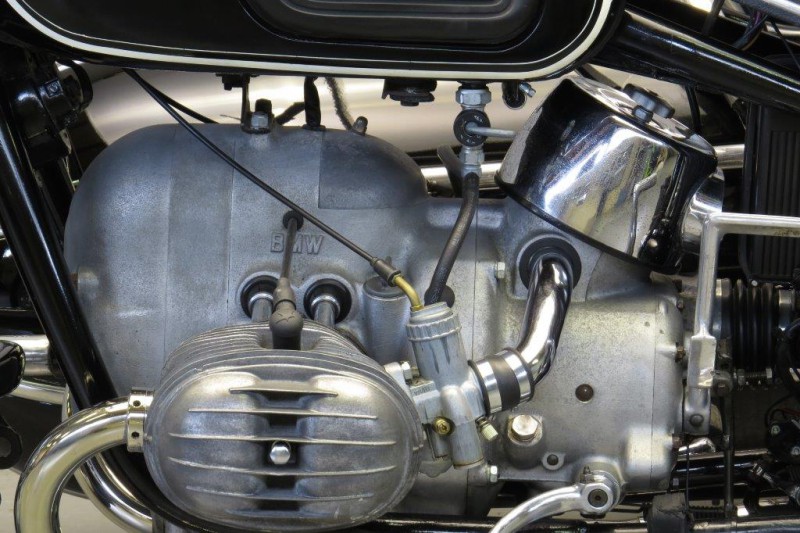 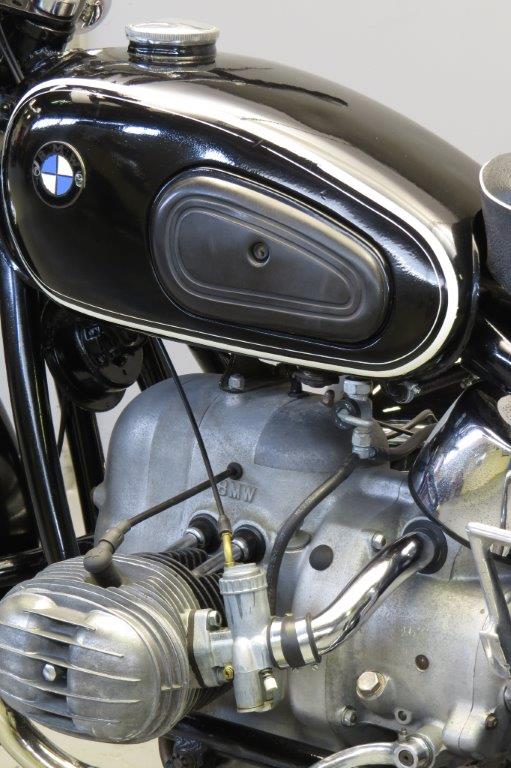 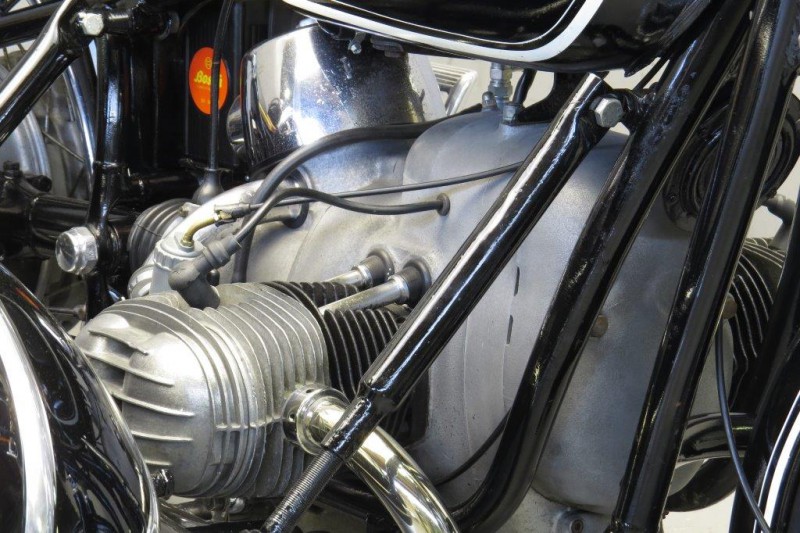 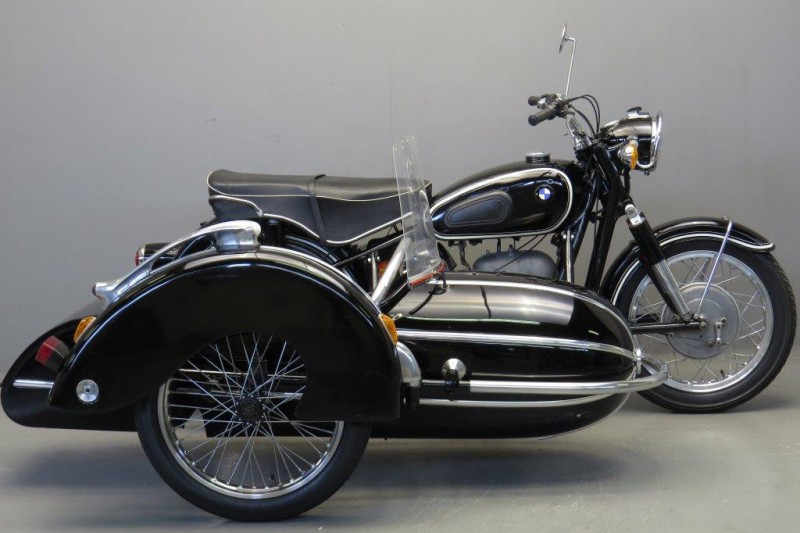 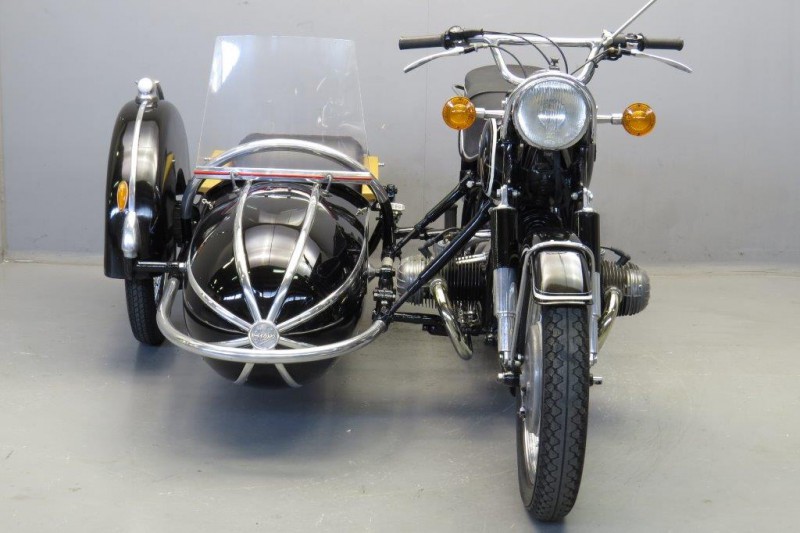 BMWs line of horizontally opposed shaft drive flat twins were the cycles of choice for many motorcycle tourers.
The design provided an inherently smooth-running cycle and the German engineering made it reliable.
This R60 model lasted from 1955 to 1969.
At the end of 1954, BMW dropped its existing trio of flat twins – the R51/3, R67/2 and R68 – replacing them with the BMW R50 and BMW R69. The engines were little altered, significant changes being concentrated on the frame and cycle parts, which now featured an Earles-type leading link front fork and swinging-arm rear suspension.
The R67/2, a lower-compression model much favoured by sidecarists, was not replaced until the arrival for 1956 of the R60, which used a low-compression version of the R69 engine.
The sidecar market remained an important one for BMW, and the new front fork’s bottom link incorporated alternative mounting points giving suitable trail with a “chair” attached.
Numerous accessories were available for the BMW line from a wide variety of suppliers, both through the factory and after market,as befitting a touring motorcycle that riders wanted to modify to their particular tastes.
The suspension made you feel like you had never left home with the triangulated Earles front forks giving a stable ride and featuring adjustable trail settings so that a Steib sidecar could safely be used.
A variety of seats were available, from the old-fashioned dual-saddle Pagusa seats to wide two-person bench seats for long-distance travels as fitted to this BMW.
Other accessories included large-capacity gas tanks, fairings mirrors, tachometers, spot lamps, higher handlebars, as fitted here and turn signals.
We are told that this BMW R69 sidecar combination is fitted with the lower compression R60 model engine as used in the regular R60 models and is a well maintained and very smooth running no nonsense motorcycle, ready for the open road.