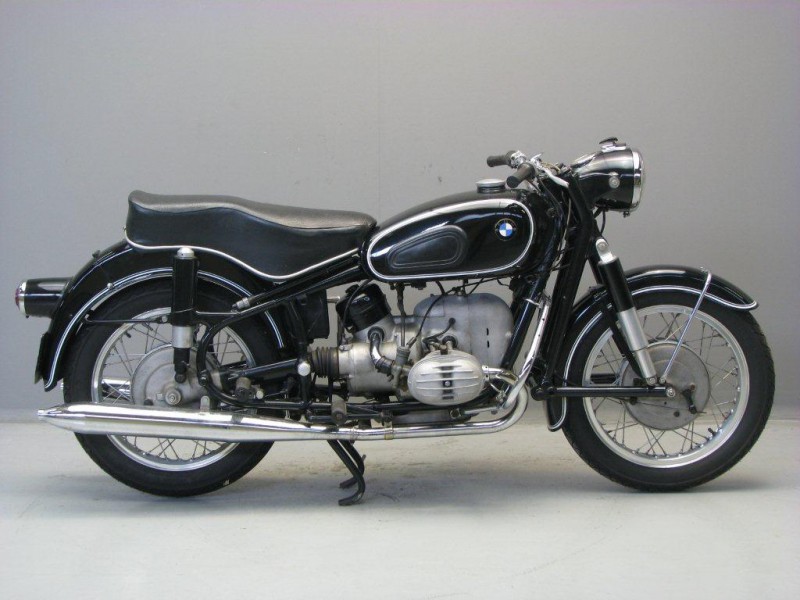 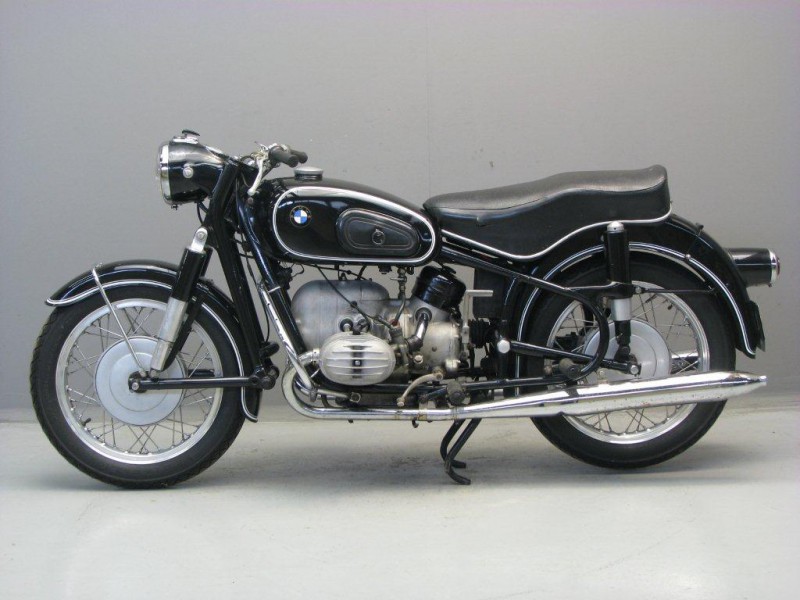 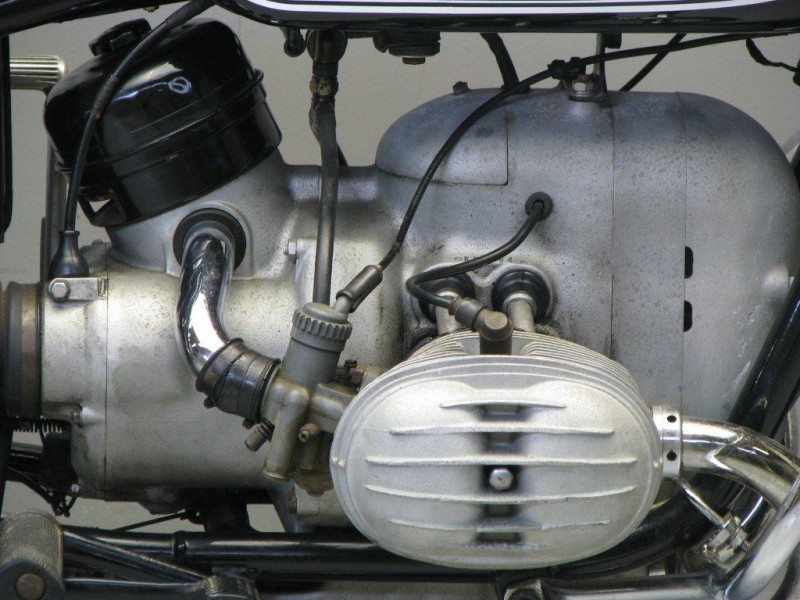 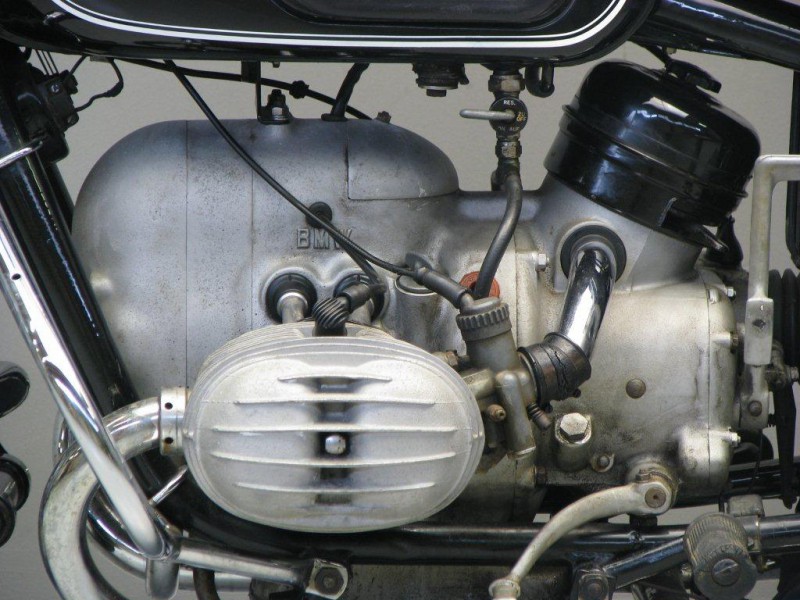 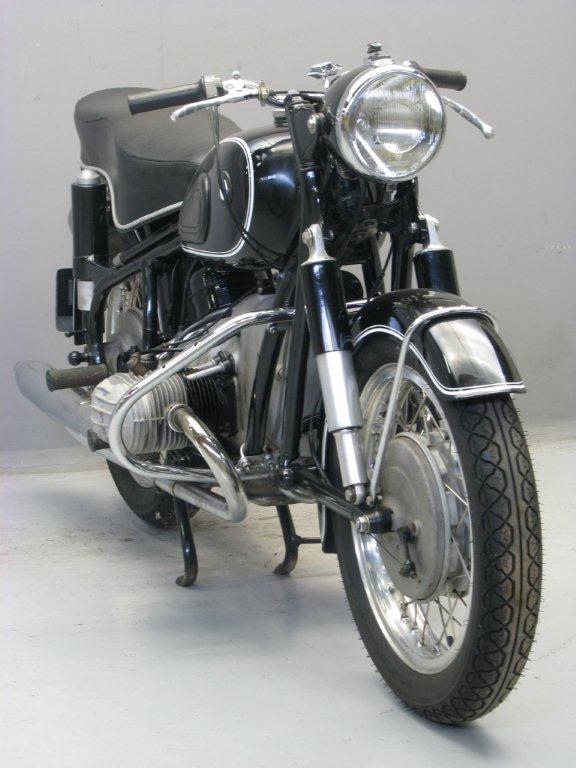 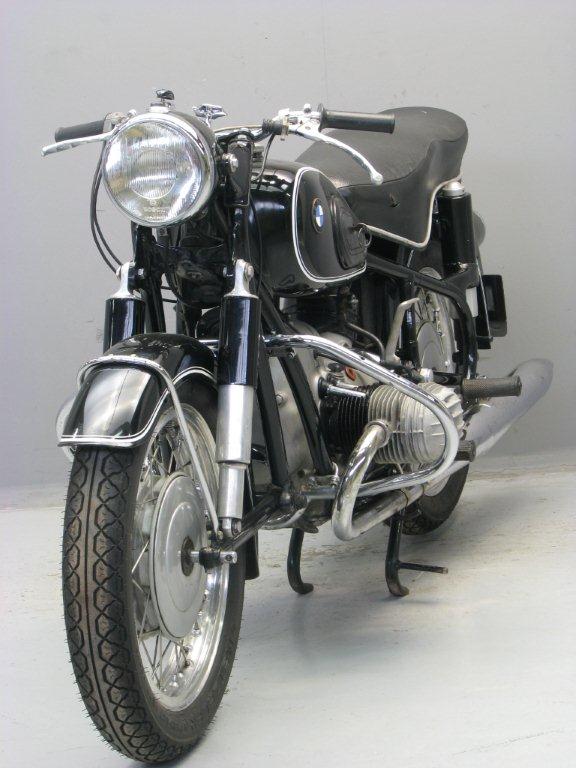 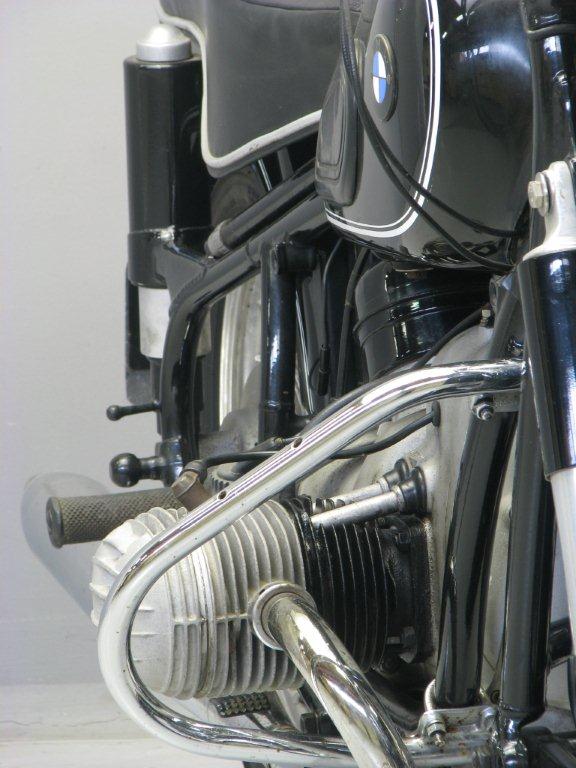 Bayerische Motoren-Werke is known in English as the Bavarian Motor Works, or more simply as BMW.
The firm created its first horizontally opposed twin engine in 1920, and has stood by this style of engine layout ever since.
The opposed design offers riders buttery smooth performance as the engine has inherently good balance.
In 1955 BMW created its R50, R60, and R69 models.
The new models had a similar engine and the same shaft-drive as earlier models, but were fitted with modern swinging fork rear suspension for the first time.
But it abandoned modern telescopic forks at the front in favour of the swinging or "Earles Fork" system.
The cycleparts was painted in BMW’s signature black scheme set off by white pin striping.
The models had plenty of power to pull an optional BMW Spezial Steib sidecar.
BMW has always built expensive motorcycles, but you got what you paid for.
They have gained an enviable reputation for long-lasting reliability -even the quality of the black paint is well known! BMW set the standard for its day, and continues to build some of the most famous motorcycles in the world .
This R50 is in a well maintained condition, not flawless cosmetically, but with good mechanics and a smooth running engine.
She is ready to turn her face to the horizon.