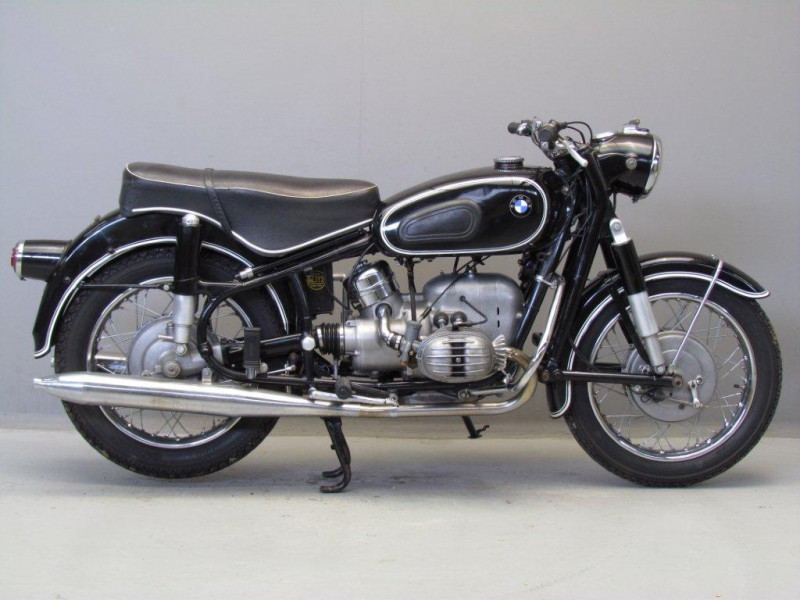 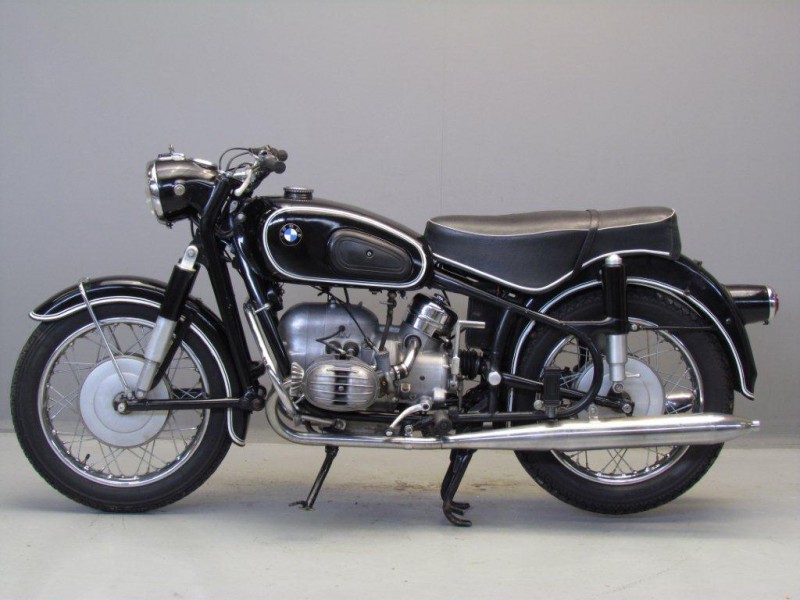 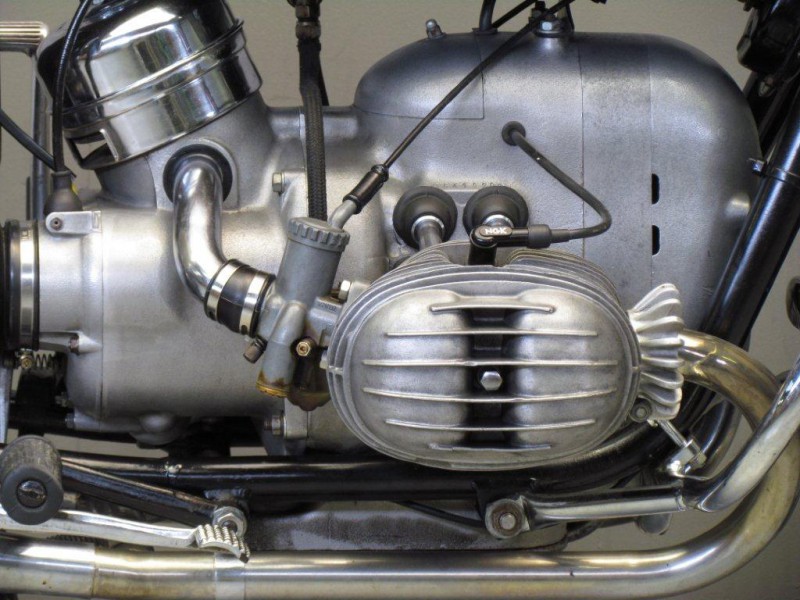 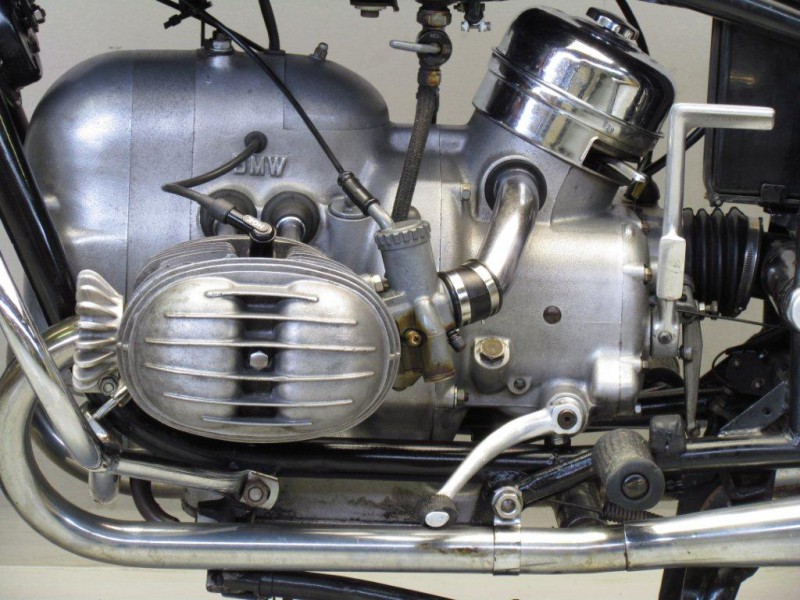 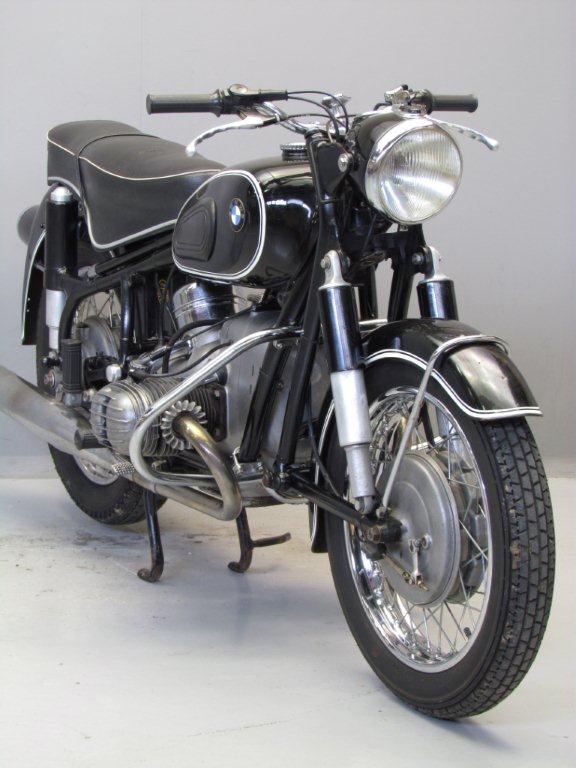 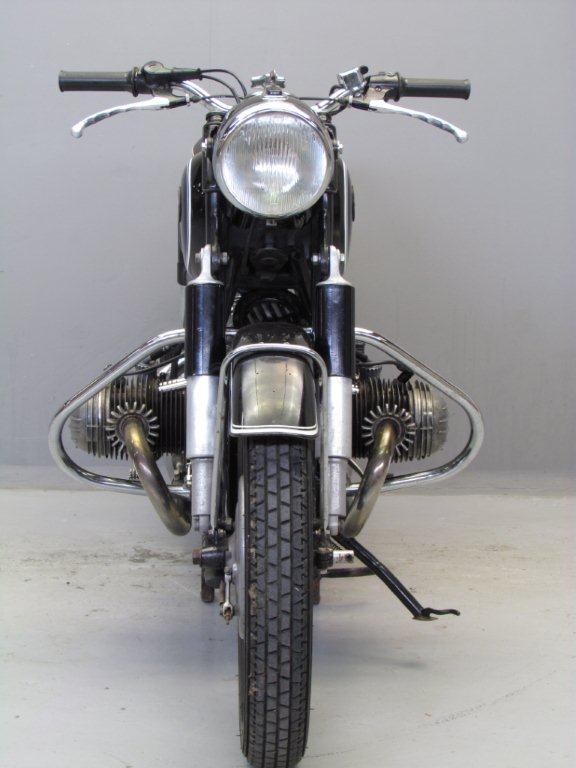 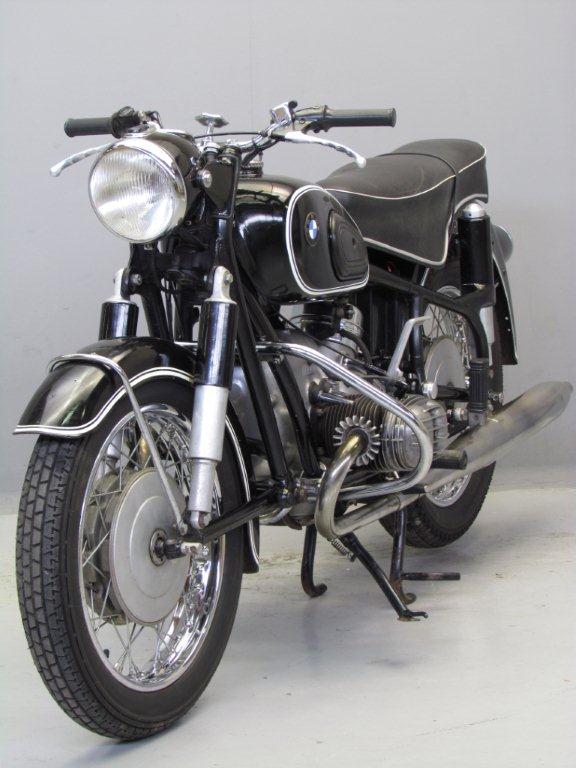 BMW began as an aircraft engine builder before World War I, but converted to car and motorcycle manufacture afterward.
First they built engines for other manufacturers, then they copied an English Douglas opposed twin and finally introduced the R32 in 1923. The latter was engineered in house and provided the basis for the following boxer twins.
The original concept has been continually improved until the present day.
In the early 1950s BMW concentrated on refining what were essentially pre-war designs but by 1955 was ready with a brace of new machines, the R50 and R69. Of 494cc and 594cc respectively, the newcomers inherited the up-dated flat-twin engine introduced on the R51/3 a few years previously but deployed this in all-new cycle parts, the most notable departures from preceding practice being an Earles-type leading-link front fork and swinging-arm rear suspension enclosing the driveshaft in the right leg – developments first seen on the works racers.
The twins carried on with only minor detail changes for the next few years and then in August 1960 an entirely new and much improved engine was announced.
The ‘500’ continued thereafter as the R50/2 and the ‘600’ became the R69S, while a high-performance version of the former, the R50S, was added to the range.
Luxury tourers, the R50 and R69 sold to discerning enthusiasts to whom expense mattered little when set against the excellence of BMW engineering.
BMW has always built expensive motorcycles, but you got what you paid for.
They have gained an enviable reputation for long-lasting reliability -even the quality of the black paint is well known! BMW set the standard for its day, and continues to build some of the most famous motorcycles in the world .
This example is an R50/2 from 1966. It is an older, still presentable restoration and is finished in the traditional BMW black with white pin striping.
It has all the typical features that abound on BMWs – a buddy seat, the key that inserts into the headlight, the sidewinder kick starter and the Earles fork.
This R50/2 will provide the new owner with years of low maintenance riding, and R50/2s are the most collectible of post-war BMWs.