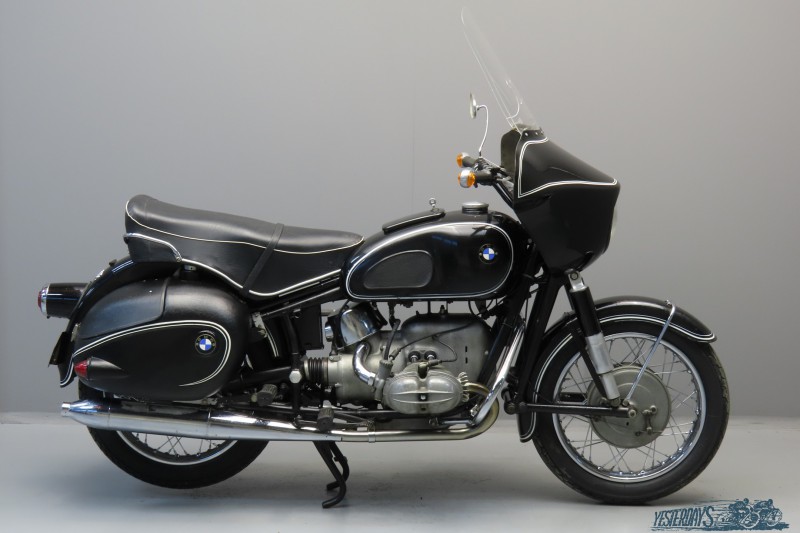 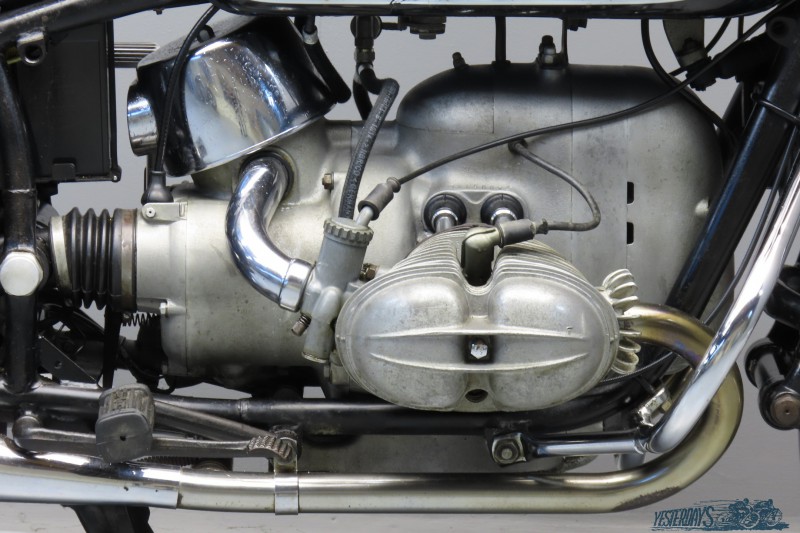 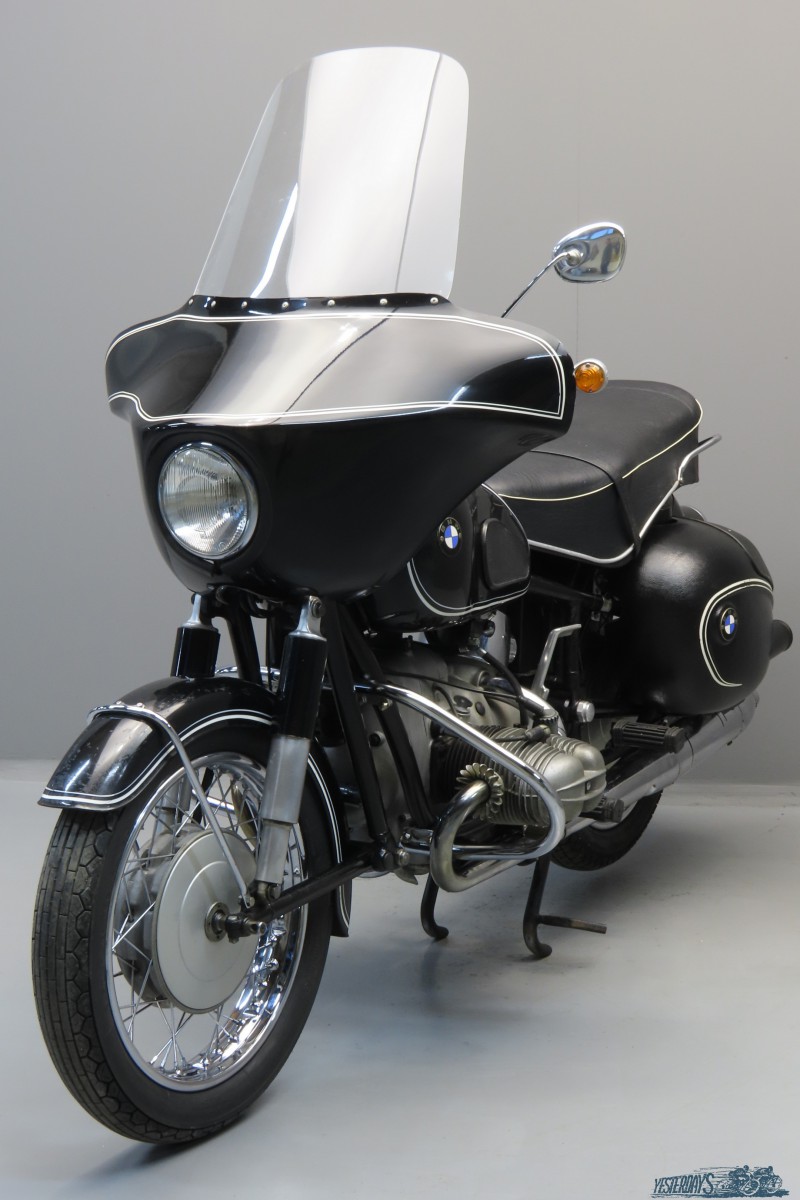 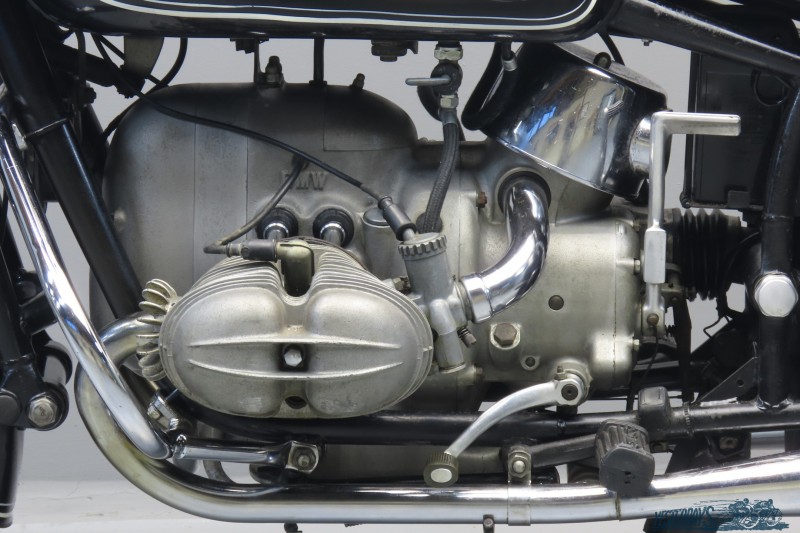 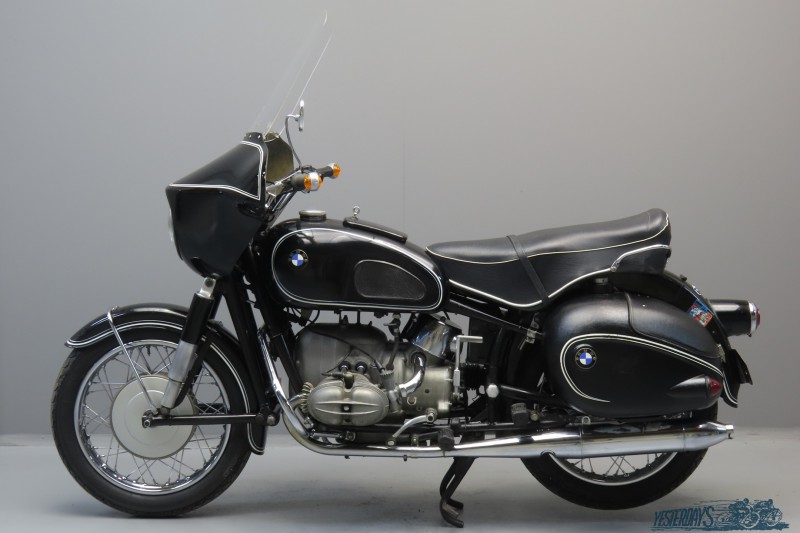 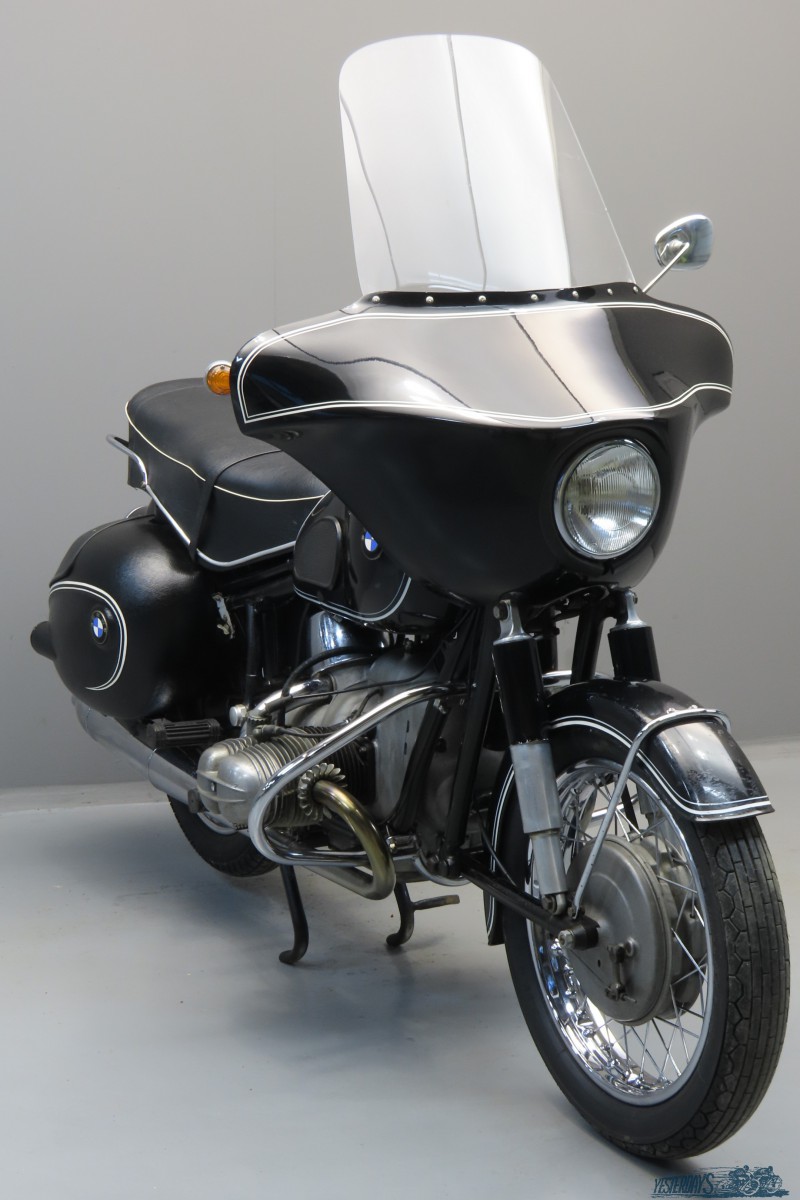 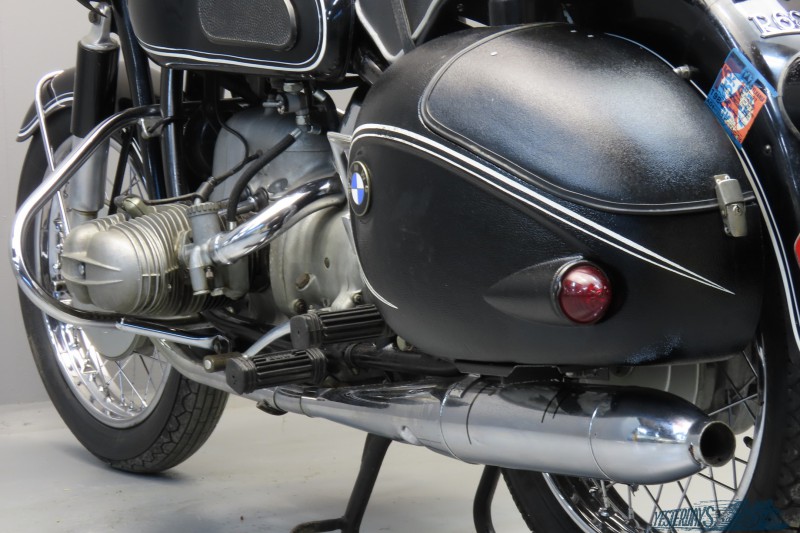 In 1955 BMW introduced a new line of twins with a completely redesigned frame with trailing fork rear suspension and Earles fork front suspension. The final drive shaft was no longer exposed but was enclosed in the right arm of the trailing forks. All three new models, the 500 cc R50, and the 600 cc R60 and R69 had 18 inch wheels in place of the earlier 19 inch ones, twin leading shoes in the front brake, smaller mudguards and larger silencers. The petrol tank was reshaped, and the traditional sprung saddle could be replaced by a stylish dual seat that was an optional extra. The R 69 was a somewhat boosted version of the R60: with 35 hp it developed an extra 7 horses and it had a higher compression and maximum revs than its brother. In 1960 the R69 was further developed and refined and marketed as the R69S. This was the first production motorcycle to have a hydraulic steering damper. Its engine, which ran up to 7,000 rpm to develop 42 hp, bore a vibration damper on its crankshaft. As with all BMWs, the choice of materials, the excellence of workmanship and the quality of the finish were all of extremely high standard. The engines were also remarkably silent, no intake whirr, no mechanical clatter, no conspicuous exhaust noise.
The American magazine “Cycle World” published a very positive road test in its September 1966 issue. A quote: “One would wonder how this massive-looking, non-sporting Sport built such a fantastic legend for itself among the far-flung touring clan. Perhaps one must ask the seasoned traveller what he wants in a motorcycle for touring. First, he wants reliability, for he is laying his health and peace of mind on the line by daring to venture far afield without a roof over his head. It’s obvious that BMW has that attribute; it just begins to get broken in when many of its like-sized brethren start to fold up. Secondly, he wants a big machine with plenty of reserve power, one that will cruise all day at the legal limit (or higher if nobody’s looking). Bee-Em has that attribute in all its big-bore models; the R69S has it in spades and boils along happily at just over 100mph.”
Apparently this R69S still shows its original enamel that is in good overall condition. The machine is equipped as a fast Sports Tourer with fairing, high handlebars, large 5-gallon petrol tank, oversize Denfeld-Schorsch Meier buddy seat, crash bars and BMW pannier bags. The former owner of this road-registered Sports Tourer has passed away a number of years ago and the BMW has not run for some time, so a general check-up is advised.