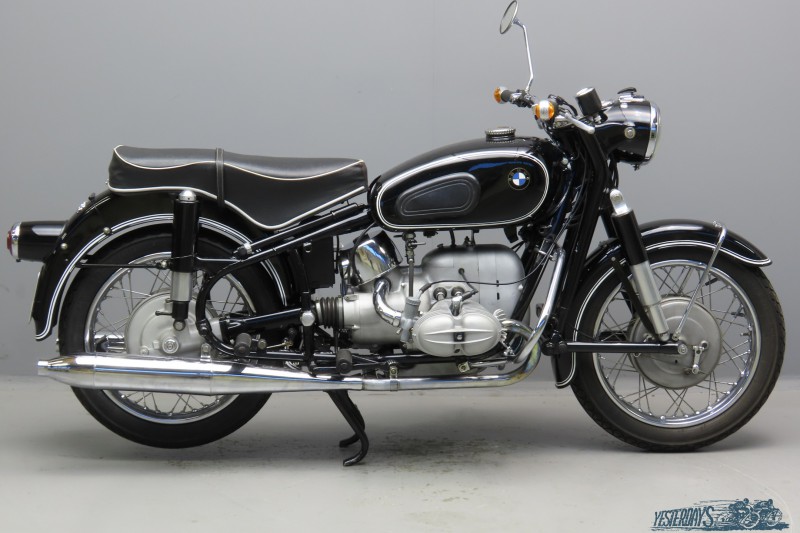 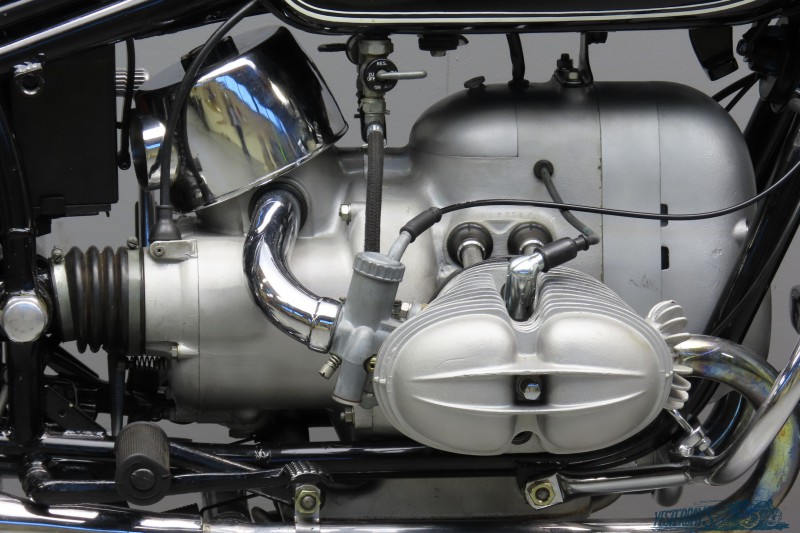 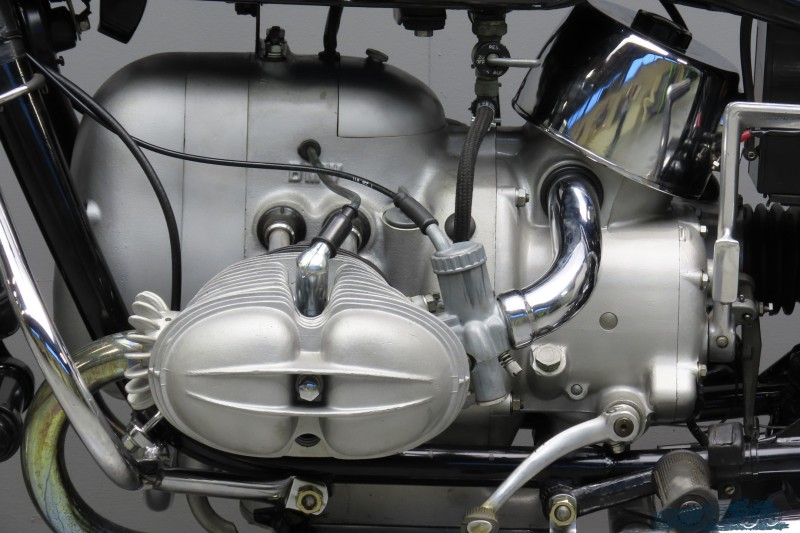 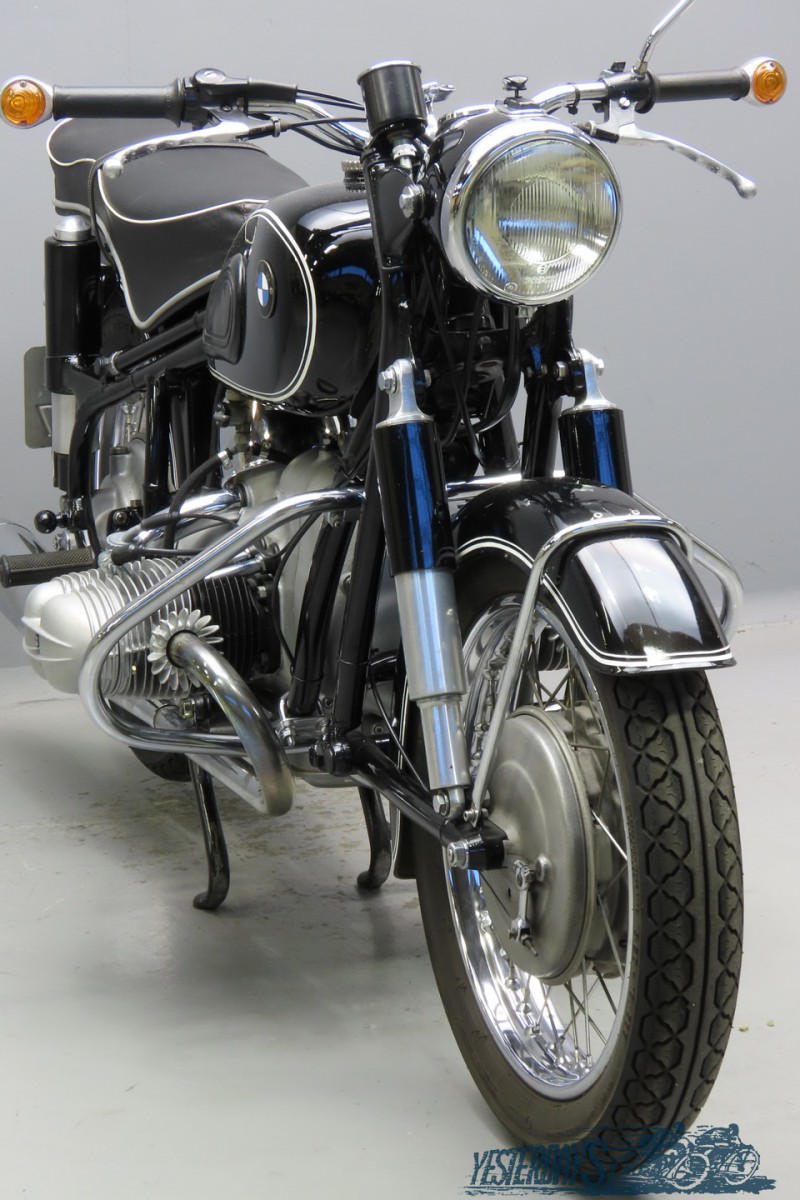 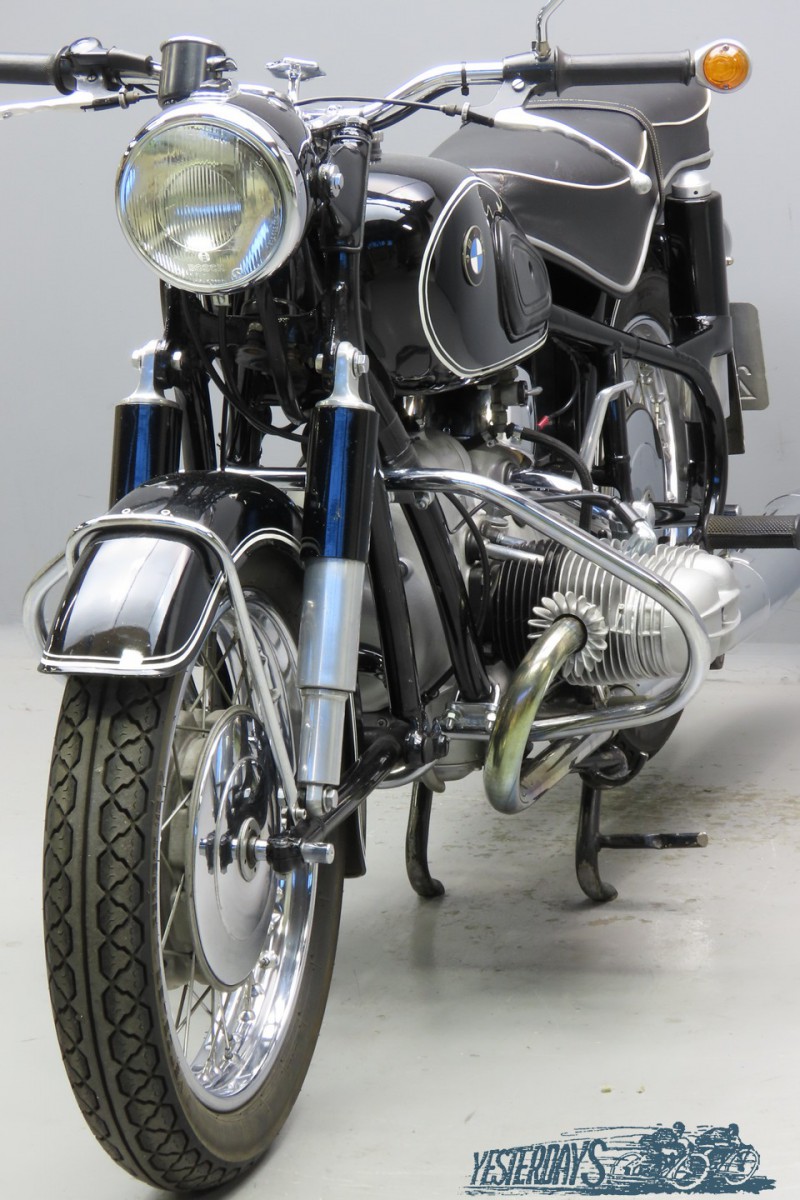 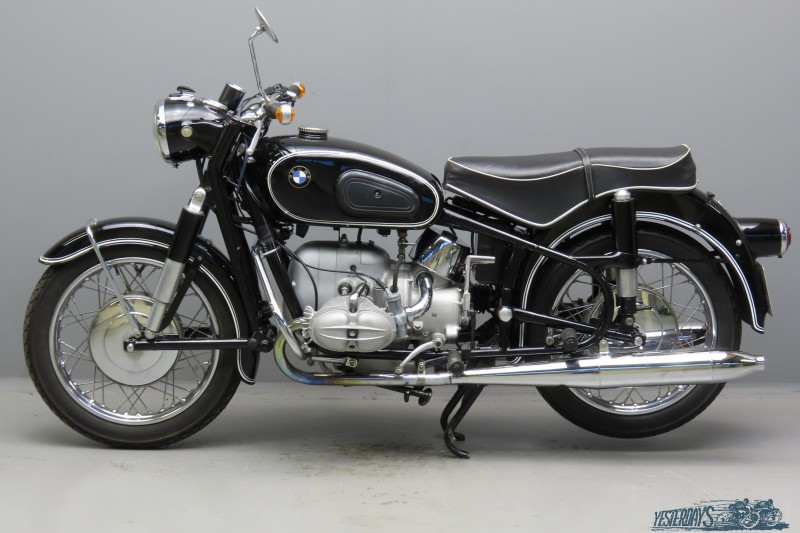 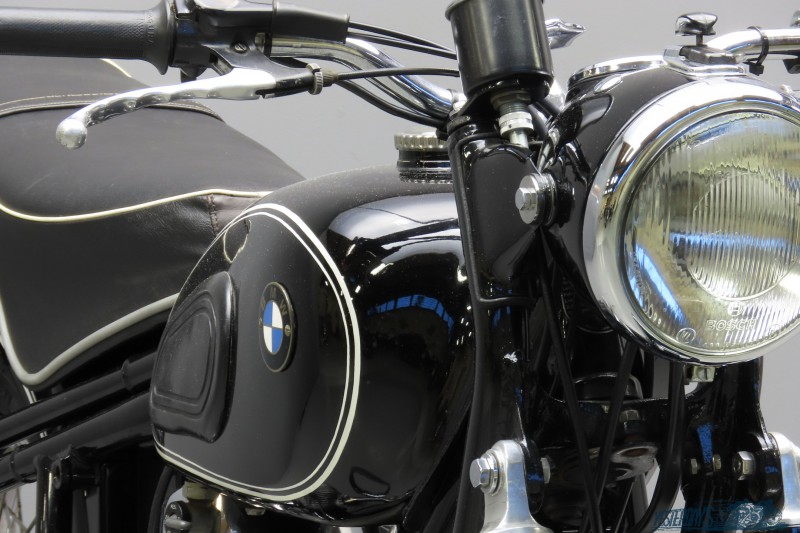 In 1955 BMW introduced a new line of twins with a completely redesigned frame with trailing fork rear suspension and Earles fork front suspension.
The final drive shaft was no longer exposed but was enclosed in the right arm of the trailing forks. All three new models, the 500 cc R50, and the 600 cc R60 and R69 had 18 inch wheels in place of the earlier 19 inch ones, twin leading shoes in the front brake, smaller mudguards and larger silencers.
The petrol tank was reshaped, and the traditional sprung saddle could be replaced by a stylish dual seat that was an optional extra.
The R 69 was a somewhat boosted version of the R60: with 35 hp it developed an extra 7 horses and it had a higher compression and maximum revs than its brother.
In 1960 the R69 was further developed and refined and marketed as the R69S. This was the first production motorcycle to have a hydraulic steering damper.
Its engine, which ran up to 7,000 rpm to develop 42 hp, bore a vibration damper on its crankshaft.
As with all BMWs, the choice of materials, the excellence of workmanship and the quality of the finish were all of extremely high standard.
The engines were also remarkably silent, no intake whirr, no mechanical clatter, no conspicuous exhaust noise.
The R69S had a compression ratio of 9.5:1, could reach a top speed of about 175 km and weighed a solid 202 kg. |
Between 1960 and 1969 11,417 machines were sold (source: Bahnstormer, L.K.J. Setright).
This fast and reliable road-registered sports tourer has been restored a number of years ago and comes with the rarely-seen BMW rev counter.
The restoration included an extensive mechanical overhaul with renewal of all bearings etc.
According to the former owner the machine has only been test-ridden after restoration so running in will be required.