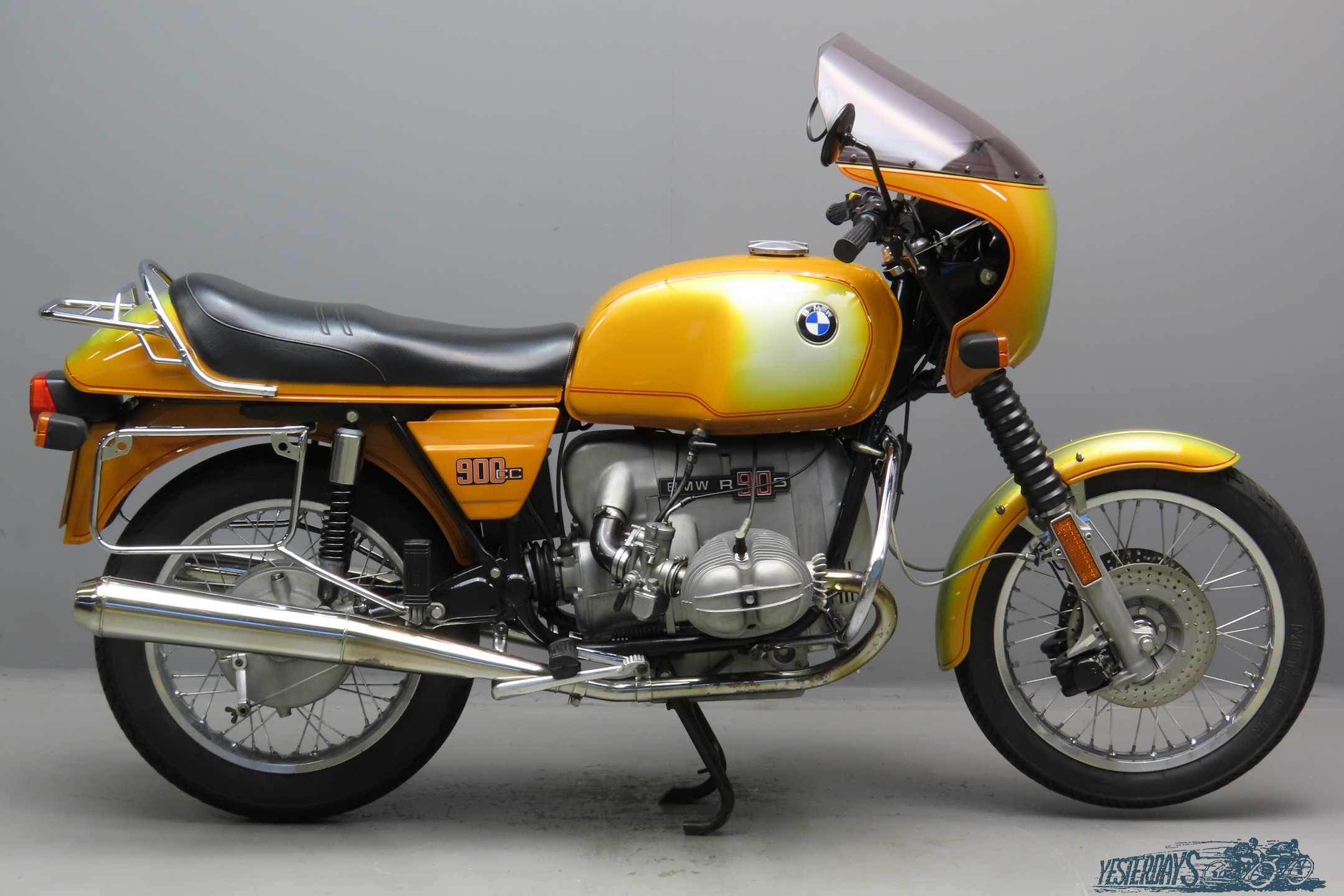 The R90S is considered by many people to be the real “superbike of the seventies”.
She wins many production races in the 1970s, when its 67hp @7000rpm is good for a top speed of more than 200 km/h.
With the introduction of the “/6” range in 1973, BMW joins the superbike league with a pair of 900cc flat-twins.
The touring version is typed ‘R90/6’ and the gorgeous new sportster ‘R90S’.
For the first time BMW employs a stylist, Hans Muth. This designer is commissioned to oversee the R90S which becomes the flagship of the “/6” range and is intended to shrug off the enduring image of BMW bikes as respectable but traditional and even a bit boring.
With its twin front disc brakes, racing-style seat, megaphone-shaped silencers and cockpit fairing, the R90S looks like no BMW before it, and the air-brushed ‘smoke’ custom finish to tank, seat and fairing means that no two examples leave the factory exactly alike.
The first R90S models have two-tone paintwork scheme of “Smoke Black/Silver” with adhesive gold pinstripes.
Feedback from unimpressed customers prompts BMW to return to hand painted pinstripes.
Later R90S models become available also in two-tone “Daytona Orange” with red pinstriping.
The R90S has a redesigned seat, with a small “ducktail” fairing which (in addition to an underseat tool tray) provides a small storage space for lightweight items such as waterproofs. Standard equipment includes a full toolkit, a hand pump, a first-aid kit and even a small hand towel with an embroidered BMW logo.
The R90S has a small fairing cowl which housed a clock and a voltmeter.
Whereas other BMW boxers are fitted with Bing slide constant velocity carburettors, the R90S comes with accelerator pump Dell’Ortos.
From 1973 to 1976, 17,455 R90S models are sold.
The specimen we present is in excellently restored condition.
The bike comes with all the aforementioned standard “under the seat” equipment and is fitted with crash bars.
She has a current Dutch registration.