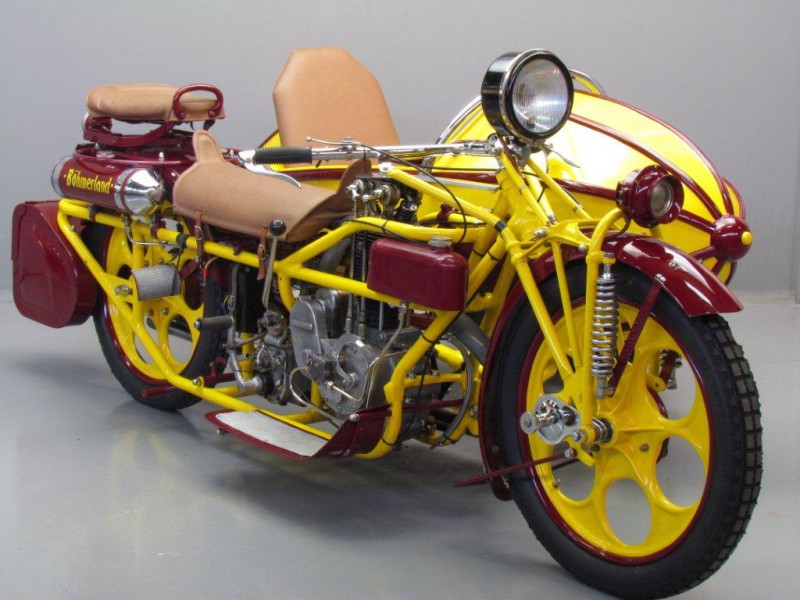 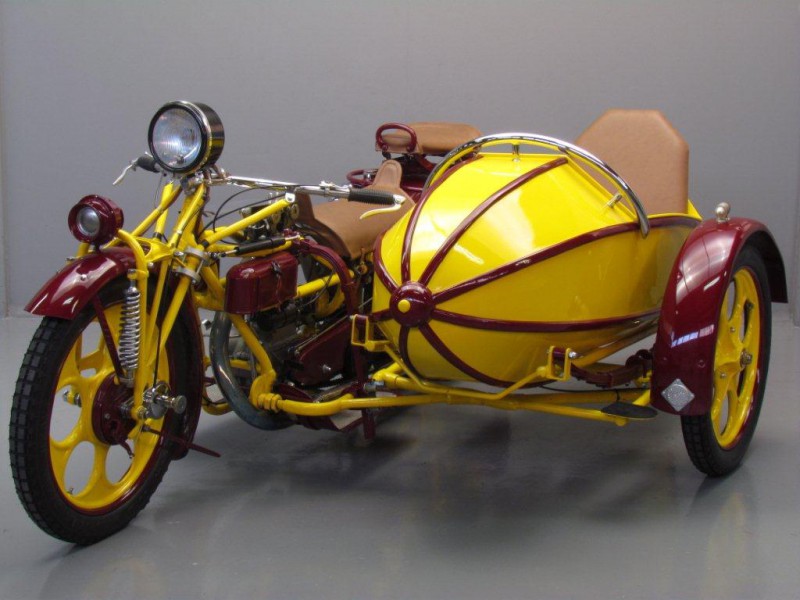 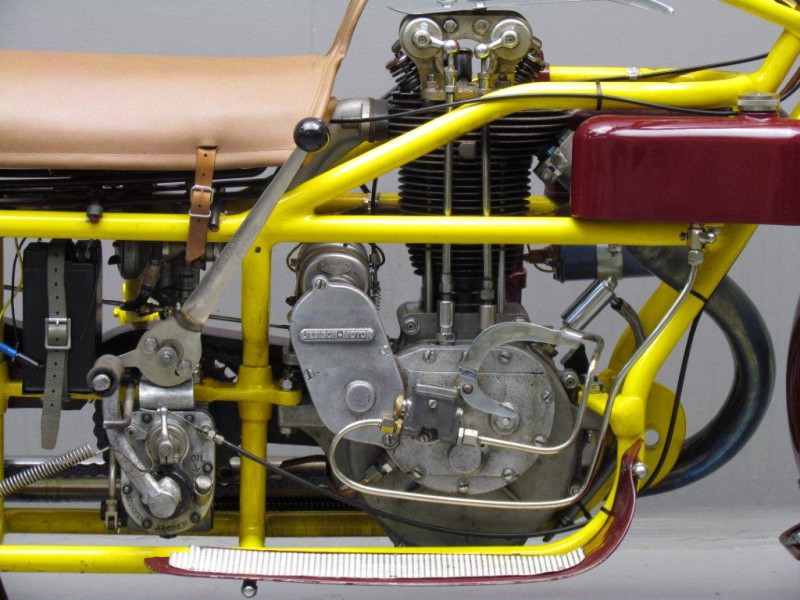 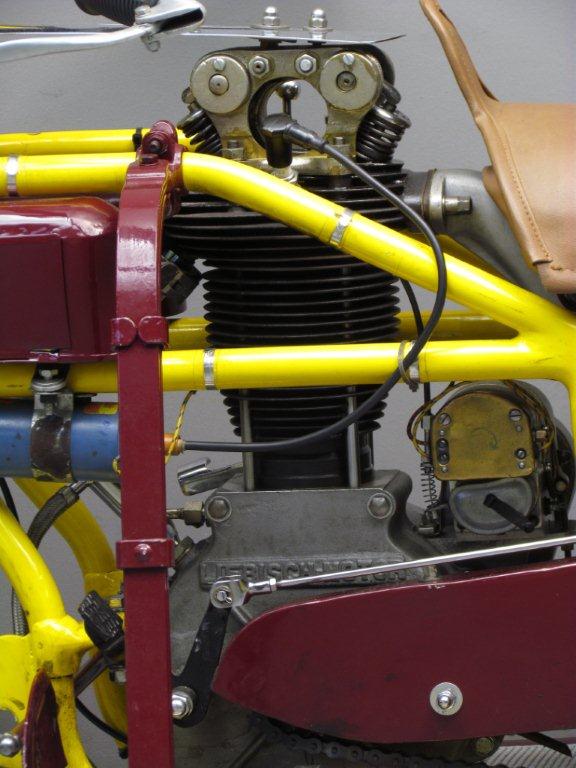 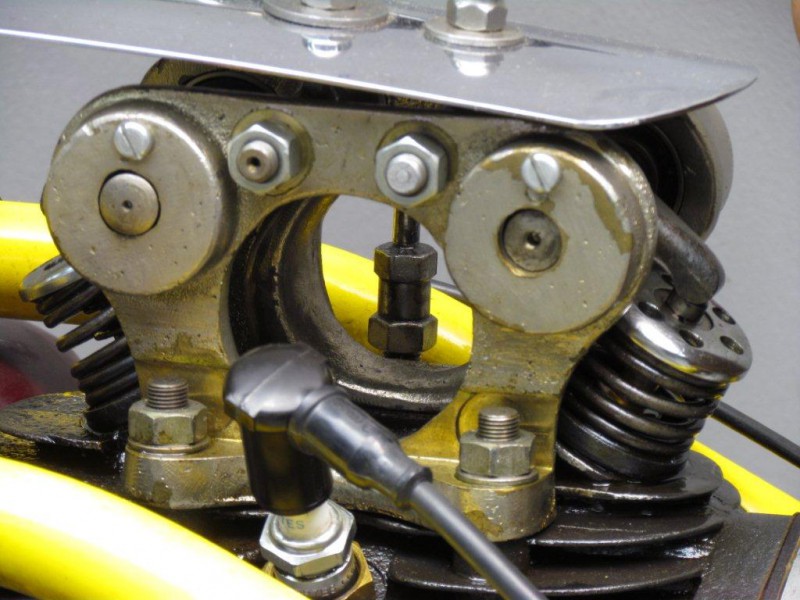 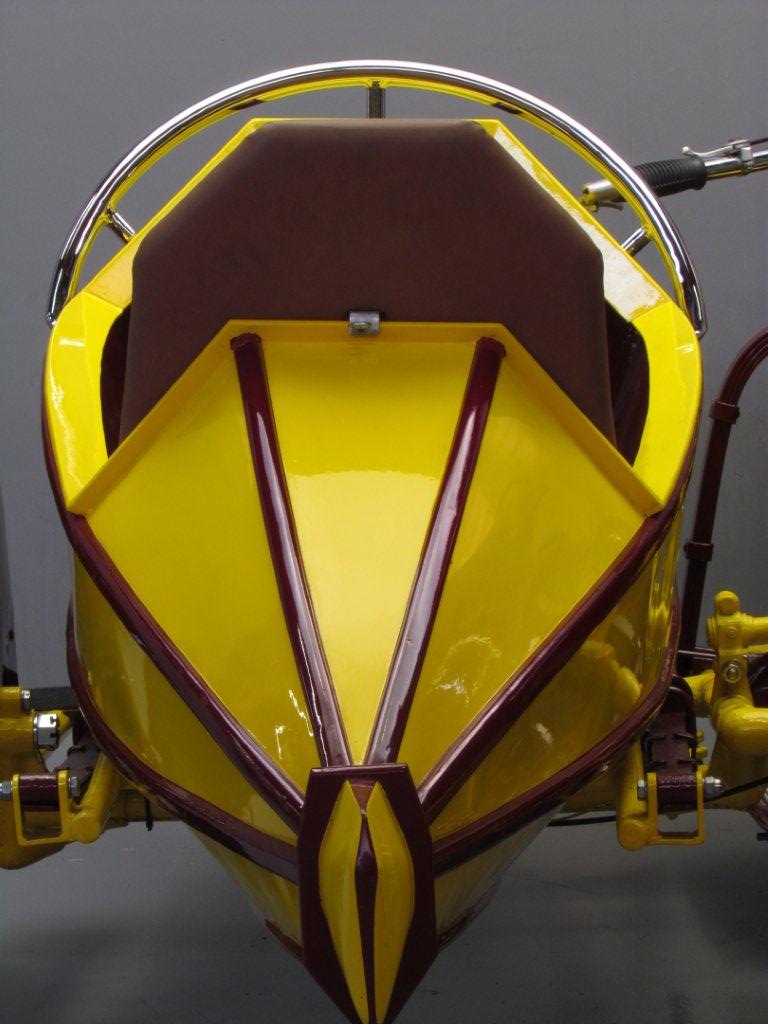 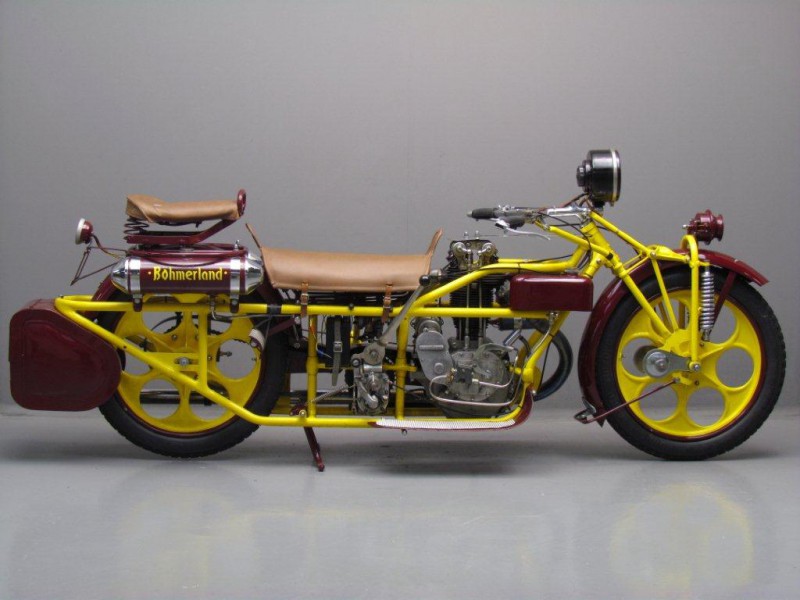 Albin Hugo Liebisch was born in 1888 in the  Bohemian  town of Rumburk and died in Passau in 1965.
During his life he created a very  unusual type of motorcycle, the   Čechie-Böhmerland .
Liebisch was mechanically-minded and after having had a number of technical jobs he  opened an engineering and repair  workshop  in the  Bohemian village of Krásná Lípa, close to Rumburk and  near  the German border.
In this workshop he  regularly  had to repair motorcycles with broken frames and bent or cracked forks.
He decided  to  enter the market with a  motorcycle design of himself.
This motorcycle would have to have an extremely strong and sturdy frame and a well-constructed front suspension.
After some prototypes the first production Čechie-Böhmerland  (This second name was the name used for German customers) was offered for sale in 1924.
During that year some 30 machines were made.
Production stopped in 1939 and the last serial number used was 658.
The average yearly production was a little bit more than 40 machines, of which a few dozen are known to survive.
Liebisch had designed a very unorthodox machine that was certainly not to everyone’s liking  but he had a limited number of loyal customers for quite a number of years.
Apart from the long wheelbase notable features were the cast  aluminium disc wheels and the leading link  front suspension with springs under tension.
Because of the tall engine Liebisch   had to find  a place for the petrol tank and  he came up with the unusual but eye-catching torpedo-shaped petrol tanks on either side of the rear wheel.
The  engine was of Liebisch’ own design and  had bore and stroke dimensions of 79,95 x 120 mm, giving a capacity of 602 cc.
It delivered 16 HP @ 4000 rpm.
Liebisch fitted various types of carburetters and gearboxes, ignition and lighting was standard entrusted to Bosch.
Most used colour combinations were yellow-red and yellow-green.
In 1937 a new 346-c.c. two-stroke single appeared on the market, which also had an unorthodox frame with disc wheels.
Only a few were built before the war prevented further production.
This  impressive and brightly-coloured combination  has a three speed Sturmey Archer gearbox and is an older restoration.
There is a  well- illustrated book about this make,   “ Motocycly Čechie-Böhmerland  “. The book  gives excellent information and  the text is in Czech, German and English.  ( ISBN 80-85991-11-X.)