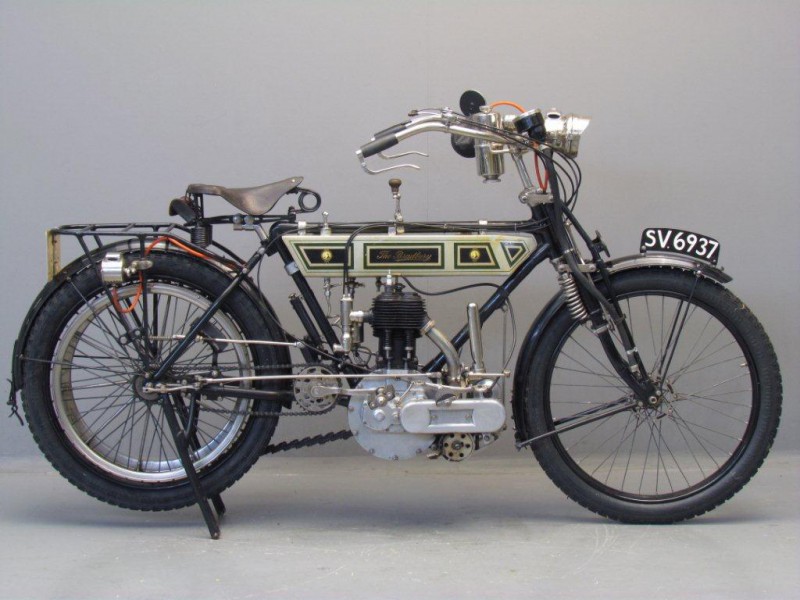 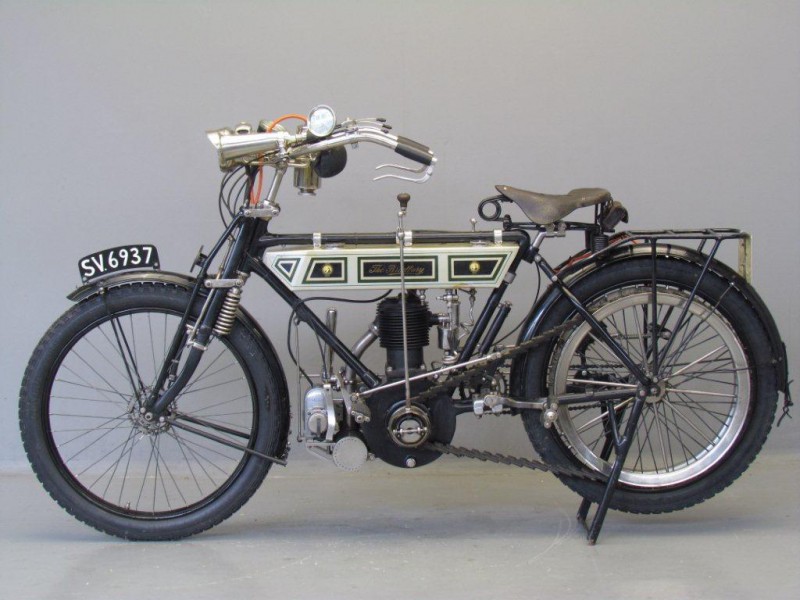 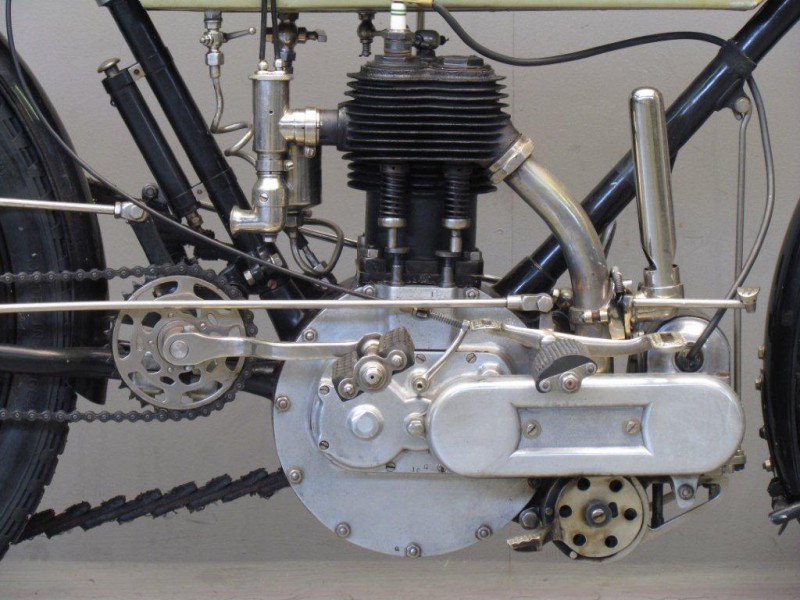 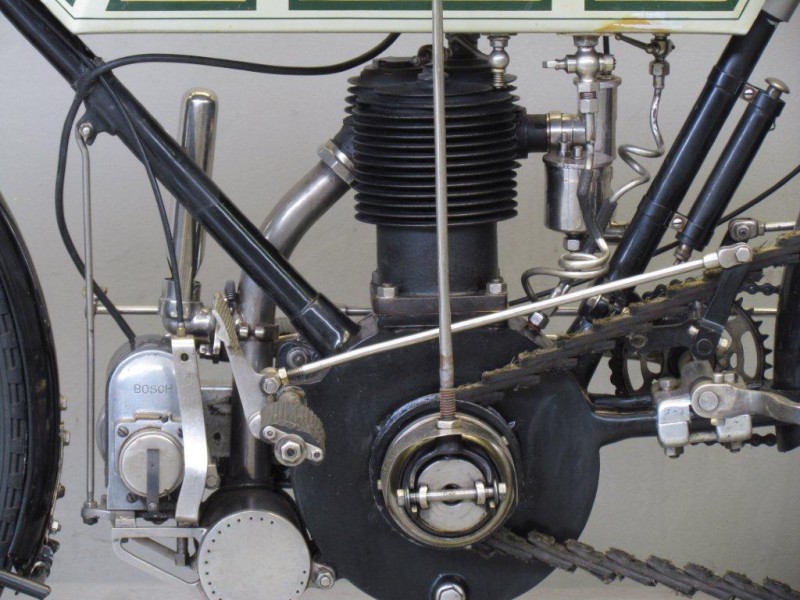 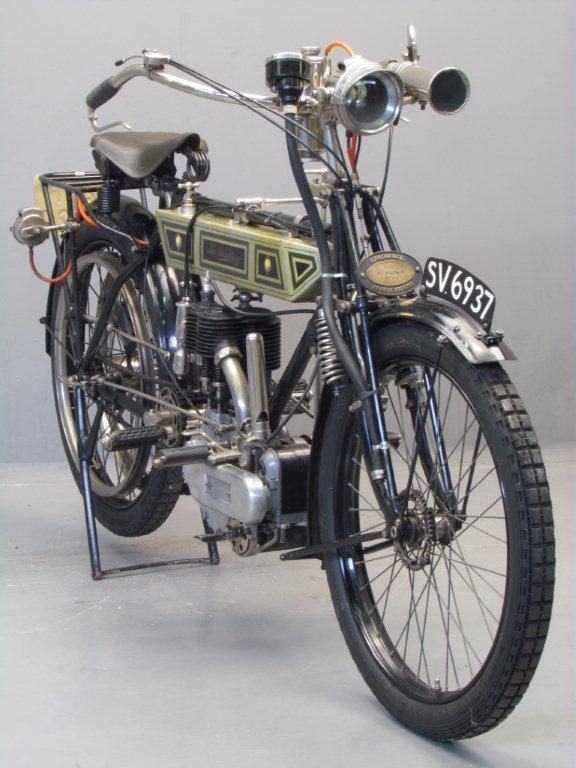 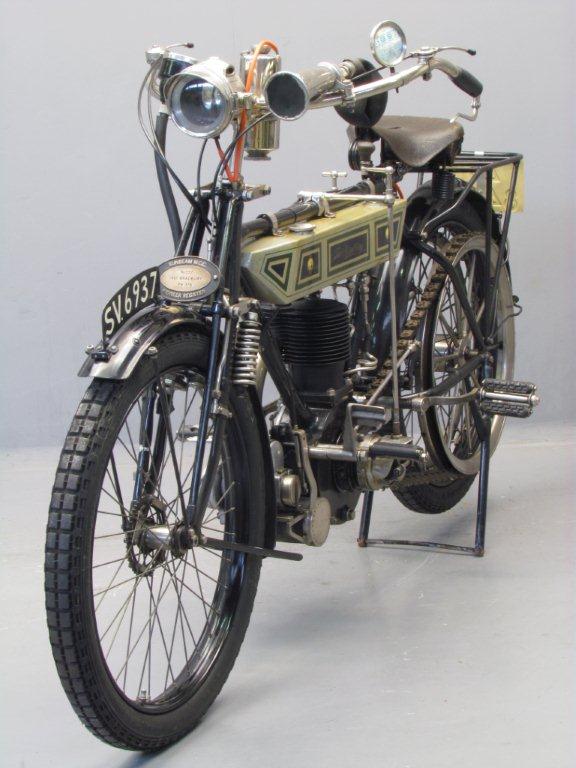 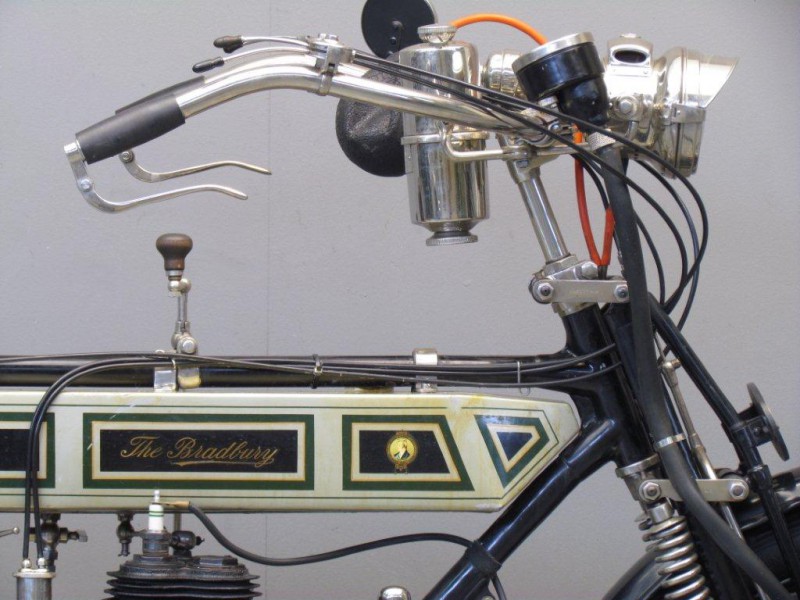 Bradbury & Co.  was one of the pioneers of the British motor cycle industry: already in 1902 the company advertised a motorcycle driven by a Minerva clip-on engine.
Before motorcycles were being produced at the Wellington Works in Oldham, the company – established in 1852 –  had already earned a worldwide reputation as Britain’s and Europe’s first sewing machine manufacturer.
Bradbury & Co. was active on various markets: the firm  also made  bassinettes, bicycles, forecars  and a range of engineers’  and machine tools.  In 1903 the company started producing motor cycles under Birch’s patent whereby the frame was brazed into the crank case.
This crank case was made of steel; on the  offside  an aluminium side plate was fixed that housed the timing wheels and cams.
This particular design point  had the advantage that the engine  was practically a part of the frame and this made for a very rigid construction. It would  become a  Bradbury  trademark and was used till the end of motorcycle production in 1923.
Year by year the models were improved: by 1908  both valves were mechanically operated, by 1910 the crankcase ran on ball bearings.
The 1912 catalogue presented five models, all with bore and stroke dimensions of 89×89 mm.
This meant  a change in  cubic capacity, in 1911 bore x stroke were 87 x 87 mm, giving 517 cc.
There   were two models with direct drive, one  model with a free engine hub and two models with two speed gears, one with belt drive and one with chain drive.
The machine on offer has a free engine hub but is also equipped with a practical  NSU 2 speed engine pulley.
Further interesting accessories are a foot-controlled  exhaust whistle and a Watford speedometer.
The spark comes from a reliable Bosch magneto, carburettor is Brown & Barlow.
This sturdy and practical veteran is an older restoration and in a still very well presented condition.