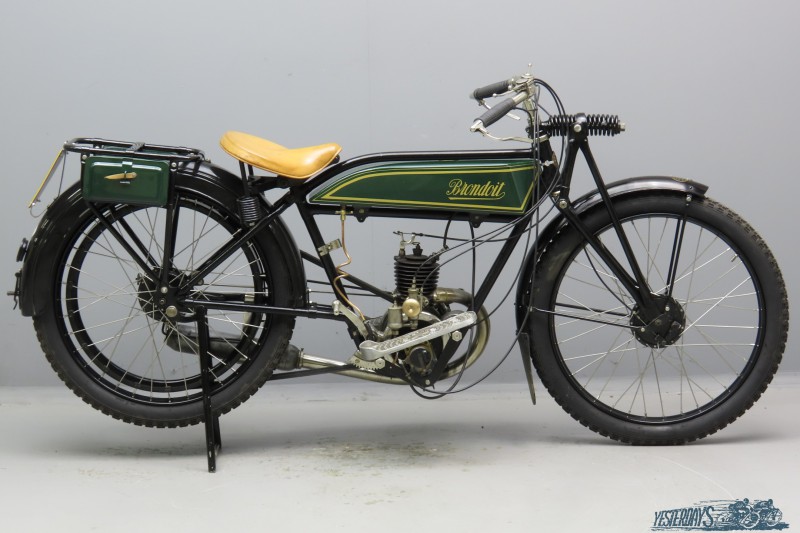 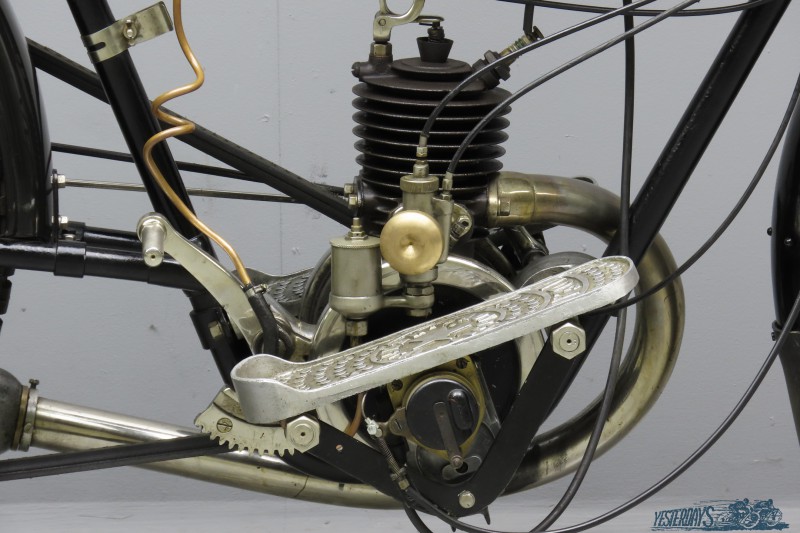 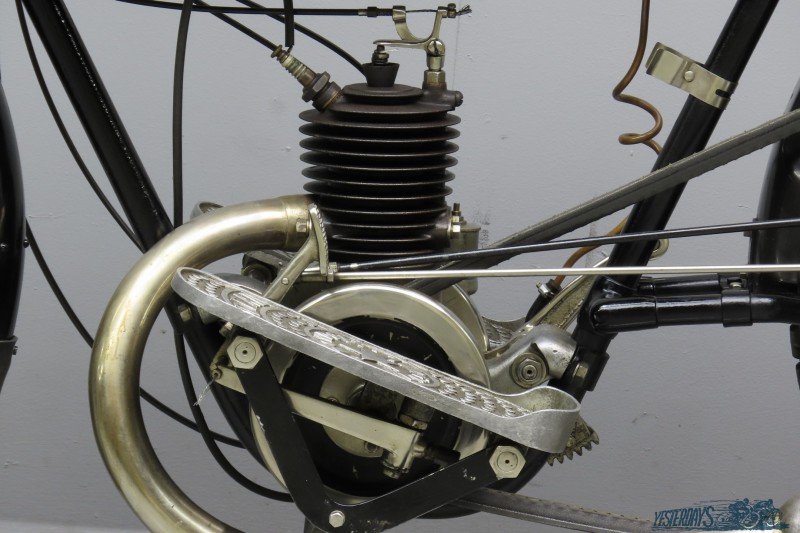 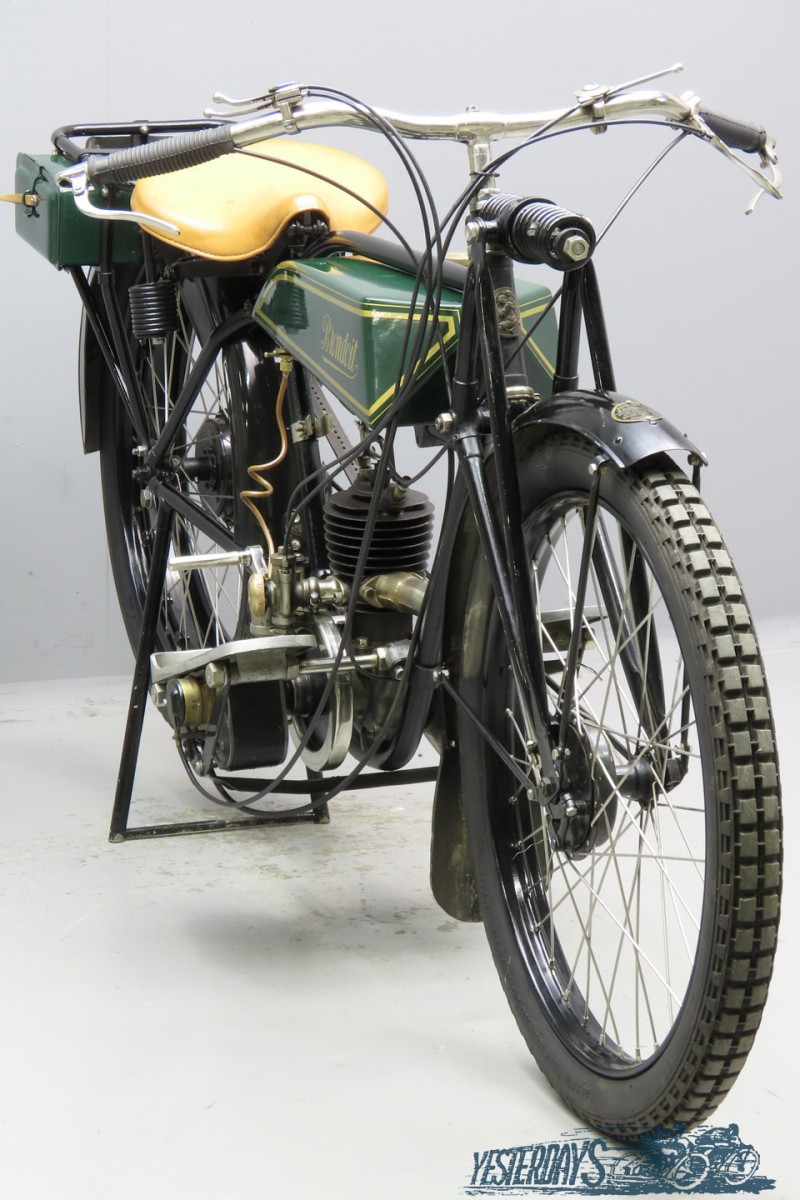 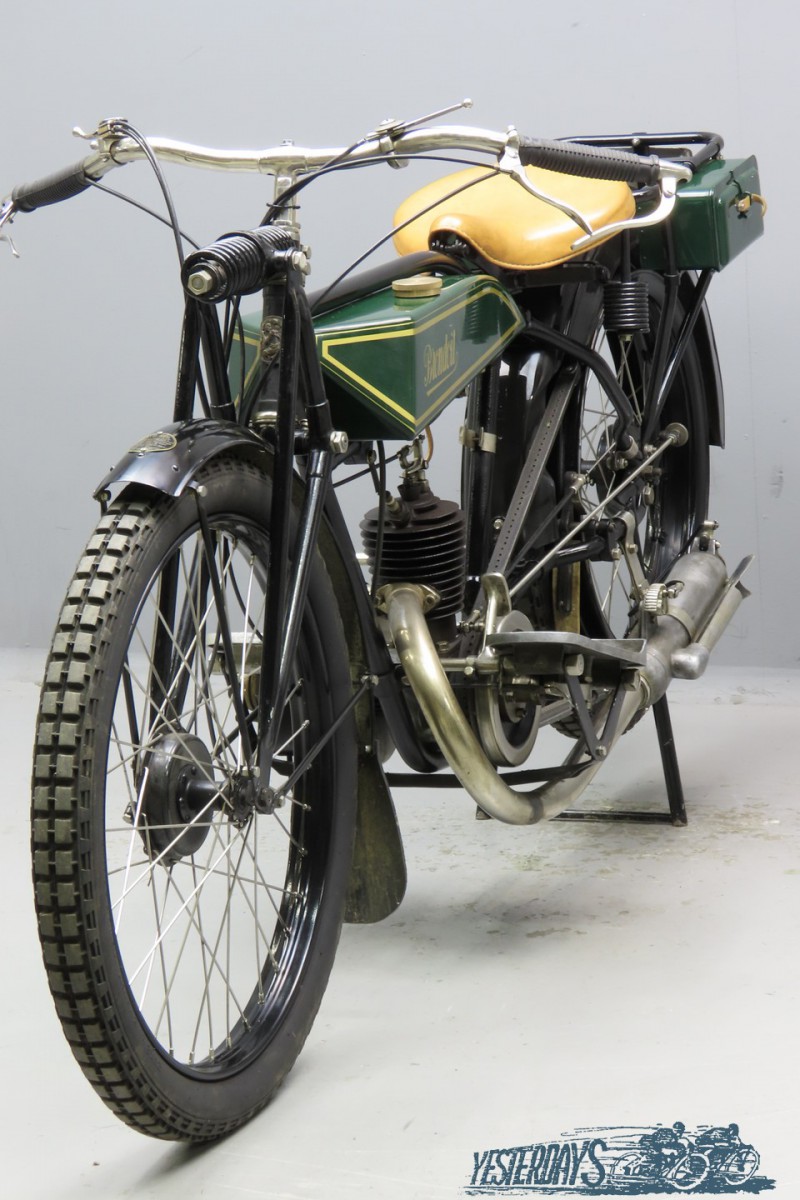 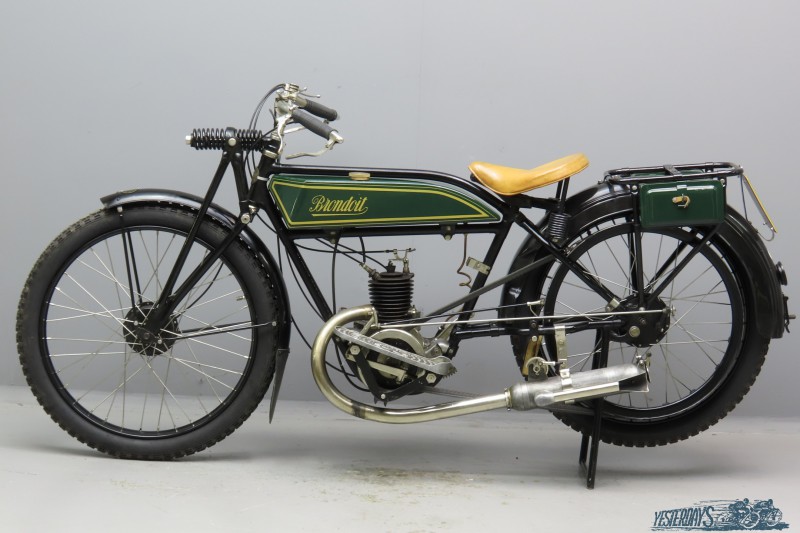 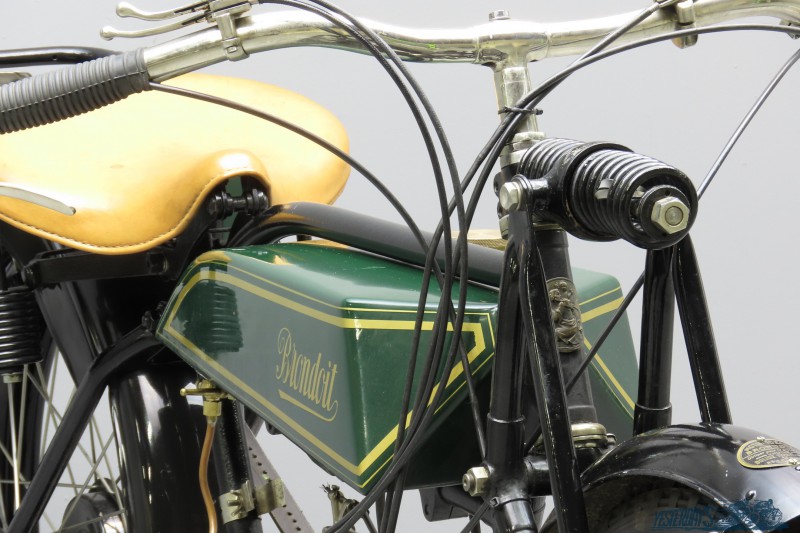 Nicolas Brondoit was a cobbler in Herstal, a suburb of Liège in Belgium.
He built his first four-stroke auxiliary engines the early 1900s.
The engines were fitted to Bayard bicycles. Between 1902 and 1918 Brondoit built stationary engines.
The company Idéal-Brondoit was founded in 1919 and started manufacturing 98cc two-stroke motorcycles.
From the mid-twenties a line of sporty but affordable 250cc two strokes was marketed.
In 1927, due to financial difficulties, the company was taken over by Paul Le Bussy and under his leadership the range that went up to 250cc was expanded with 350cc and 500cc models.
In 1928 Le Bussy was killed in a motorcycle accident and the company was taken over by his brother George, who sold it in 1929 to Olivier Joly, a repair and overhaul business.
After 1929 motorcycle production was terminated.
The technically interesting machine we present is fitted with a 67x70mm two stroke engine that has flywheels on both sides.
The left hand side flywheel is fitted with a clutch and pulley.
There’s direct belt drive to the rear wheel that has two brakes fitted, an internal expanding one and a brake on the inside of the belt pulley.
On an extension of the right hand side pulley we find the magneto, that has an unusual position under the aluminium foot board.
For safety reasons an extra front wheel internal expanding brake has been added.
The machine has horizontal-spring front forks and two spacious metal toolboxes.
Notice the well-designed aluminium exhaust damper with heel-operated cut-out.
This energetic road-registered vintage machine has been restored and has lots of power: the owner claims a genuine 90km top speed.