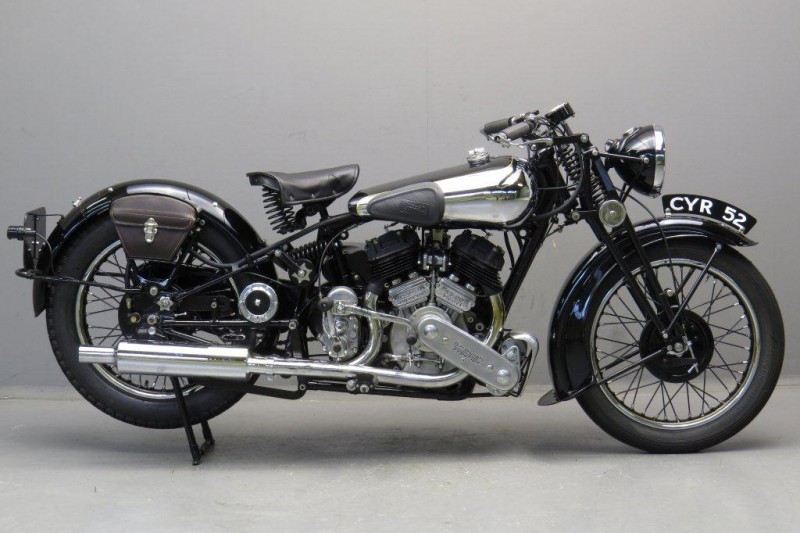 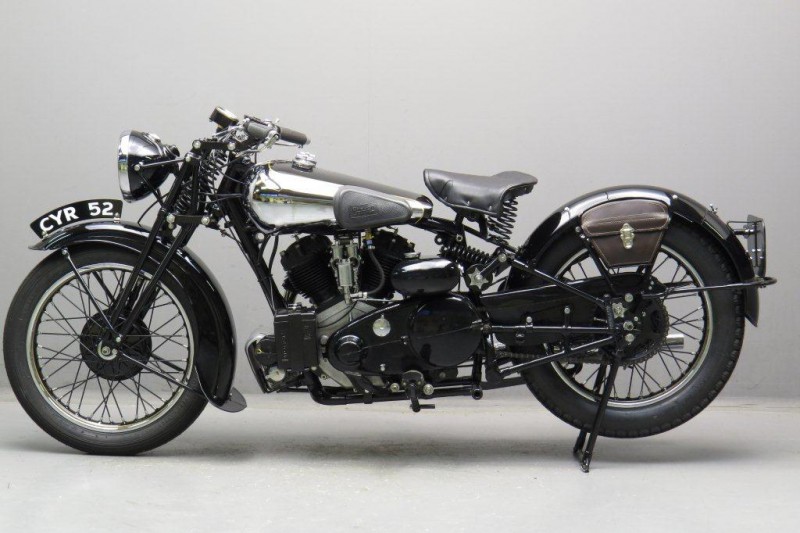 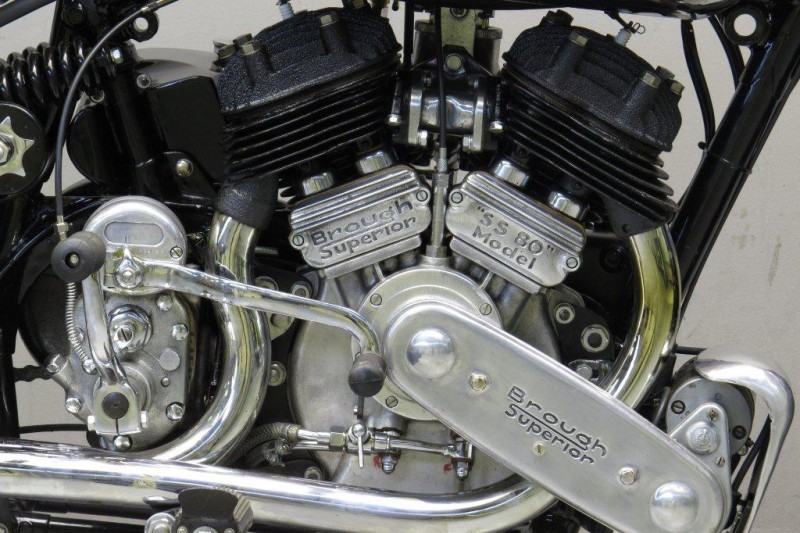 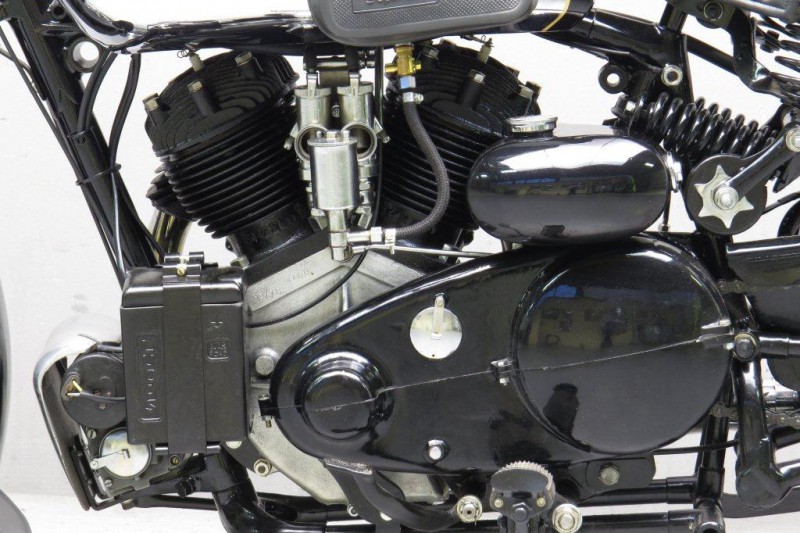 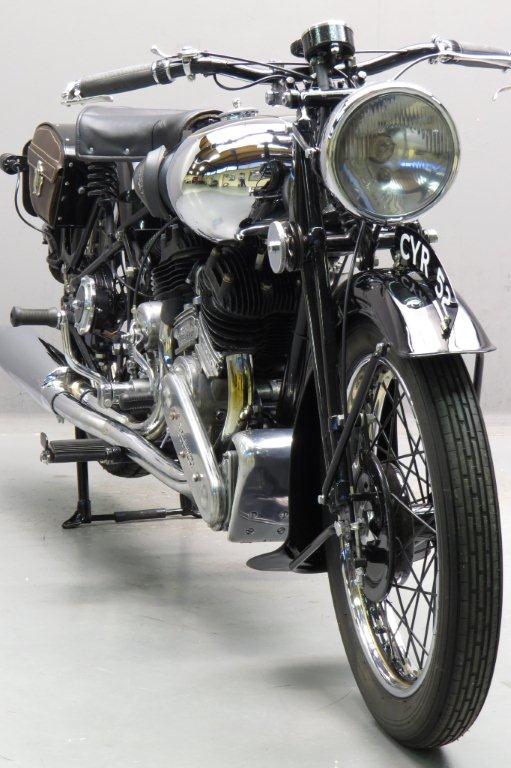 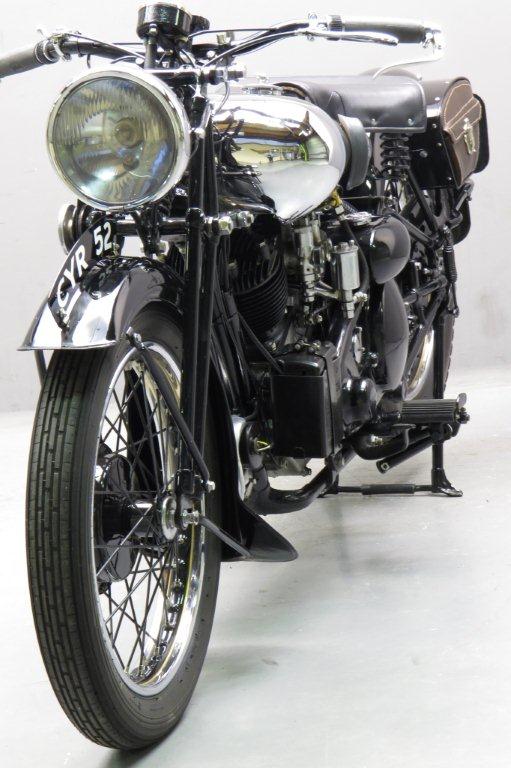 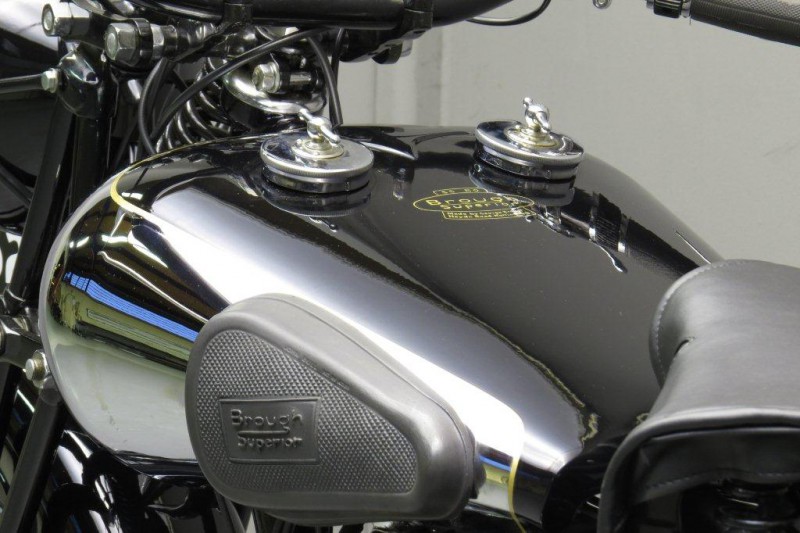 While equalling a Rolls-Royce for quality of construction and finish, in spirit the Brough Superior was more akin to the sporting Bentley.
Introduced in 1922, the JAP-powered SS80 (so-called because of its guaranteed 80mph top speed in road trim) achieved instant fame when a stripped-for-racing version (nicknamed ‘Spit and Polish’) ridden by George Brough became the first sidevalve-engined machine to lap Brooklands at over 100mph.
Brough entered the 1930s with an entirely JAP-powered range and then, after a brief absence, the SS80 reappeared in 1935 as the SS80 Special, this time with an engine built by Matchless.
Similar to that of the Matchless Model X, the 982cc sidevalve v-twin incorporated Brough’s preferred ‘knife-and-fork’ big-end bearing arrangement instead of the side-by-side connecting rods of the standard Matchless.
The SS80 continued to use the Matchless and later AMC engine until production ceased in 1939.
This example is one of 460 Matchless-engined SS80s built, of which some 300-or-so survive.
This SS80, recently superbly restored, is in excellent condition and starting and running well.
She has the option of twin carburettors and the desirable Bentley & Draper rear suspension.