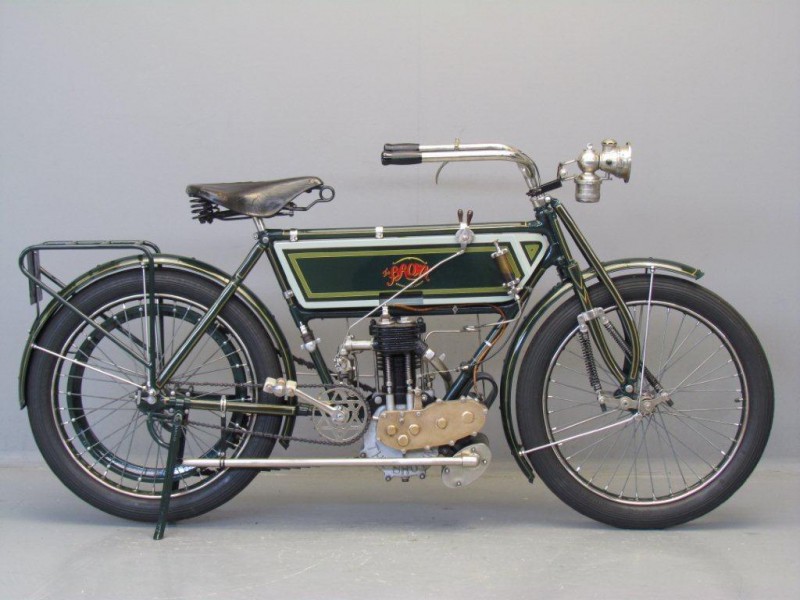 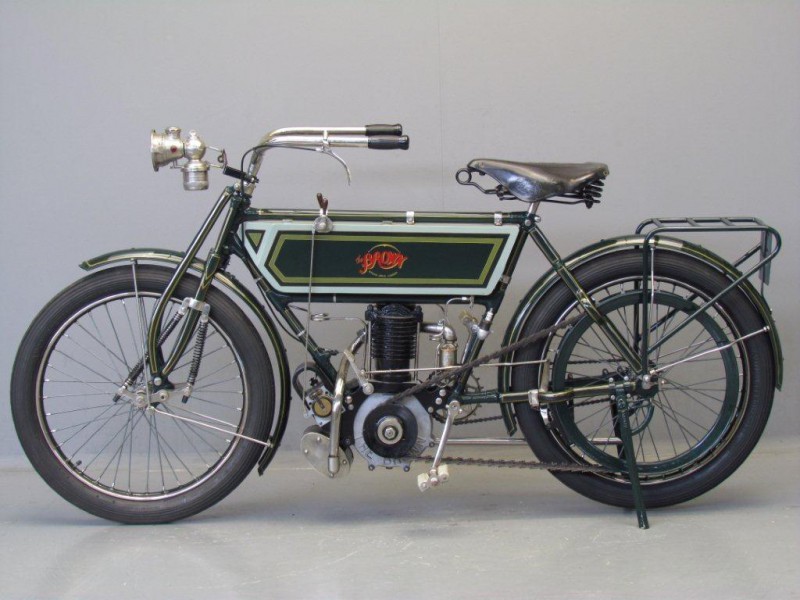 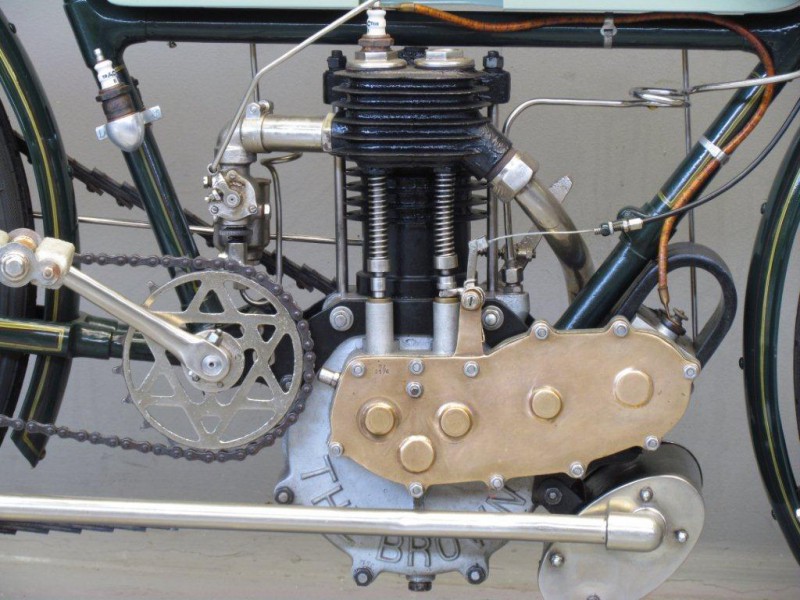 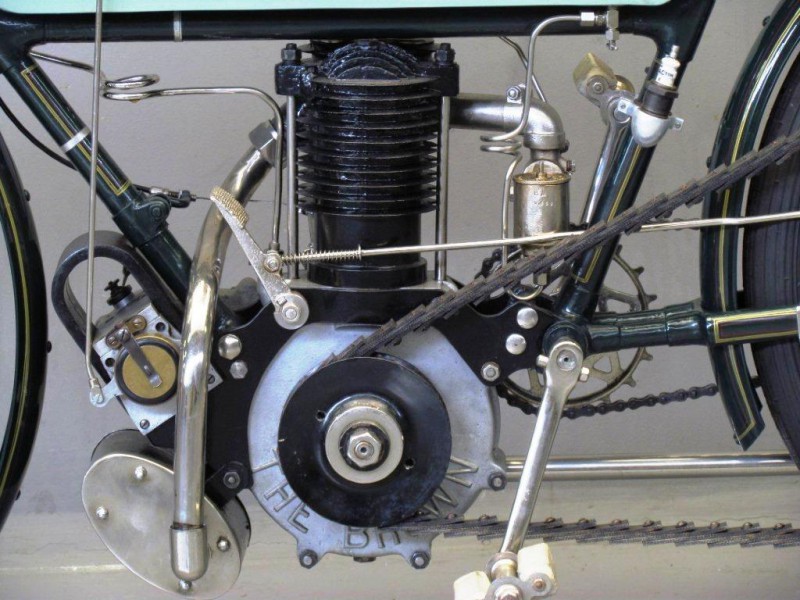 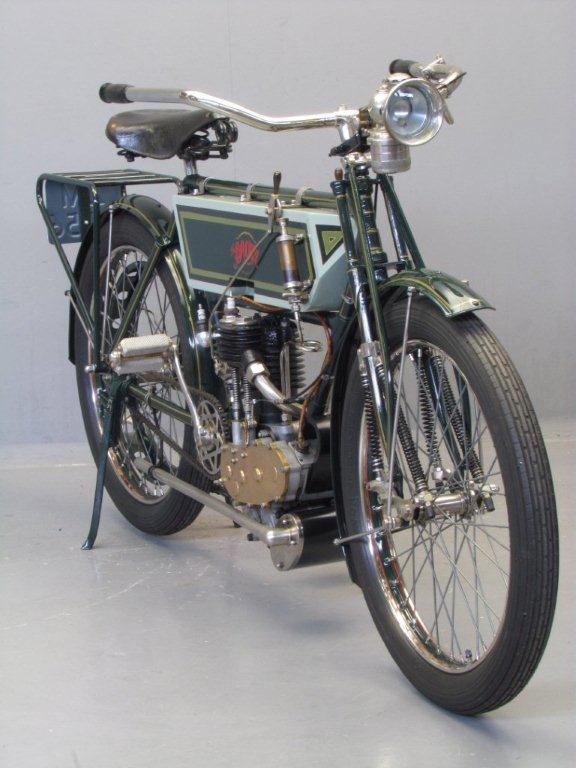 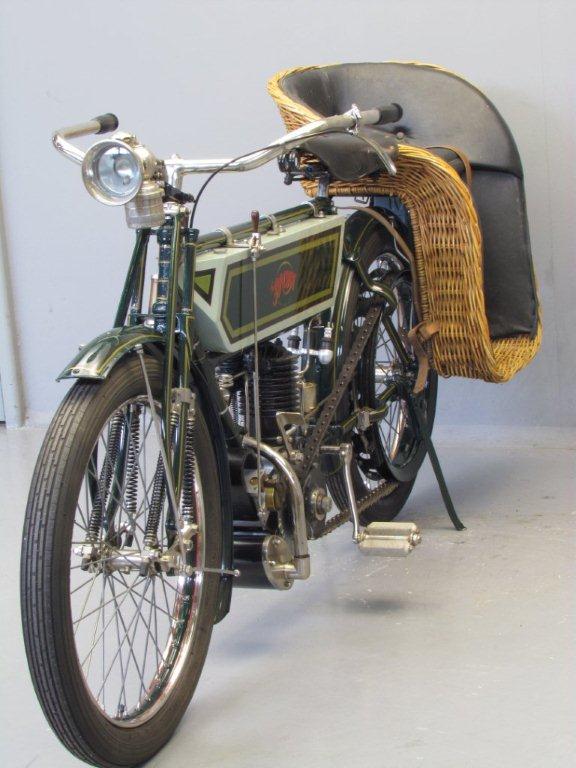 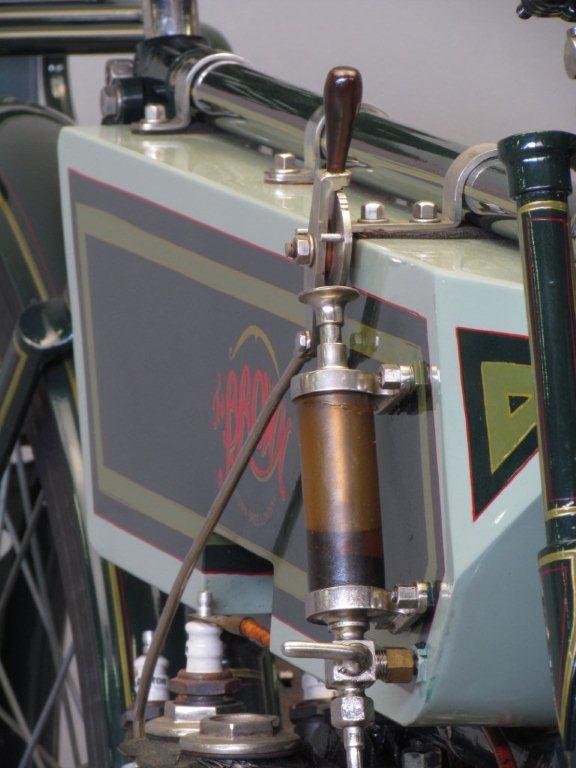 Brown Brothers Limited was formed in 1897 as a continuation of a firm established in 1888.
The company was based at Great Eastern Street, London and supplied wholesale  motor fittings, frames, accessories and parts for bicycles, motorcycles and cars.
In 1902 they marketed the first motorcycle under the “Brown” name;  a “Brown” car was  also put on the market.
Brown Brothers  would become one of the largest firms in the  world in the field of  car and motor cycle parts and accessories, cycle fittings and accessories, tools for motors etc.
From around 1911  2  ¾ HP ( 292 cc)    Precision engines were used next to the 3 ½ HP  Brown power sources.
Production of motorcycles under the “Brown” name seems to have ended after 1915;   in 1920 Brown Brothers were listed as the manufacturers of “Vindec” motorcycles ( 225 cc two stroke  single and 6-8 HP Jap V-twin) Throughout the twenties various models with light two strokes and ca. 300 cc JAP engines were produced. Production ended in 1929.
For 1907 a single cylinder model with bore and stroke of 82×90 mm and a V-twin with the same dimensions were available.
The   3  ½    HP  with  accumulator ignition cost £ 37,  magneto ignition was available for an extra fiver while spring forks could be had for £ 2 extra.
Thus the machine on offer would have cost £ 44. An interesting feature in the 1907 catalogue was the availability of a Crypto – type  two speed gear with free engine an starting handle, quite advanced for that time! A notable feature of the engine is the way the cylinder is fixed to the crankcase.
The 1907 brochure explains: “It is secured to the crank case by means of two long vertical bolts surmounted by nuts.
These vertical bolts are not screwed into the aluminium, but attached to two crank case bolts to obviate any liability  of pulling out of the aluminium.”
This rare and impressing  Brown has been restored some time ago and is ready for the open road.