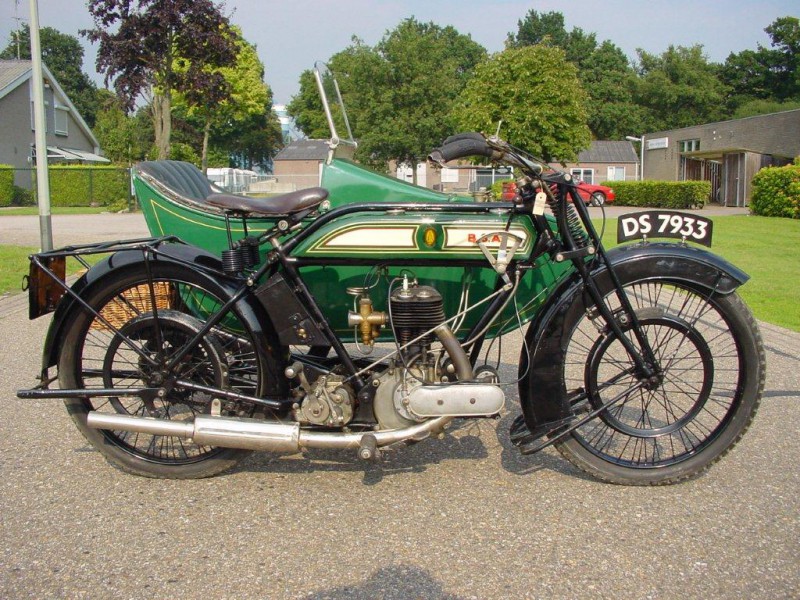 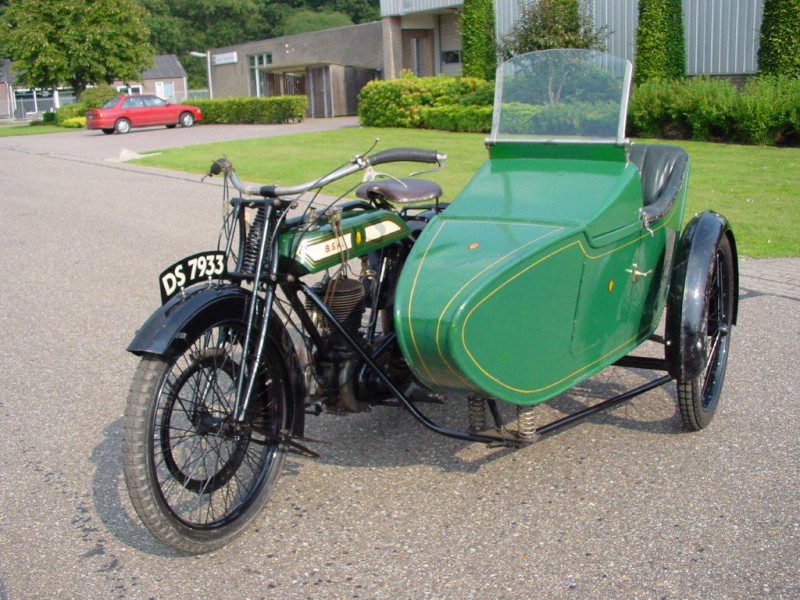 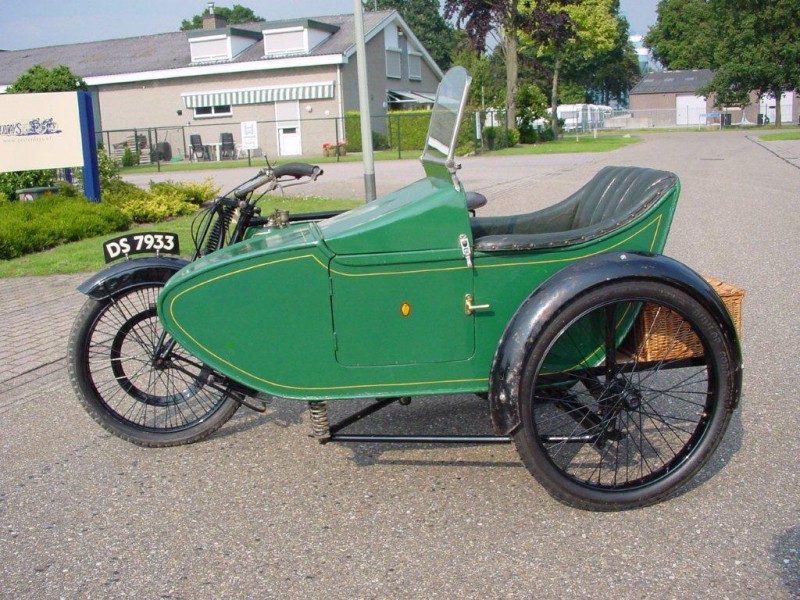 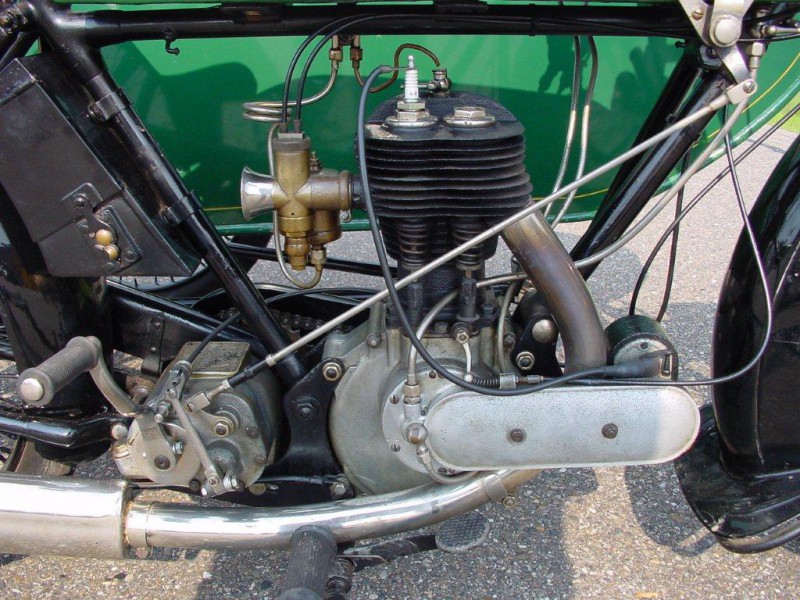 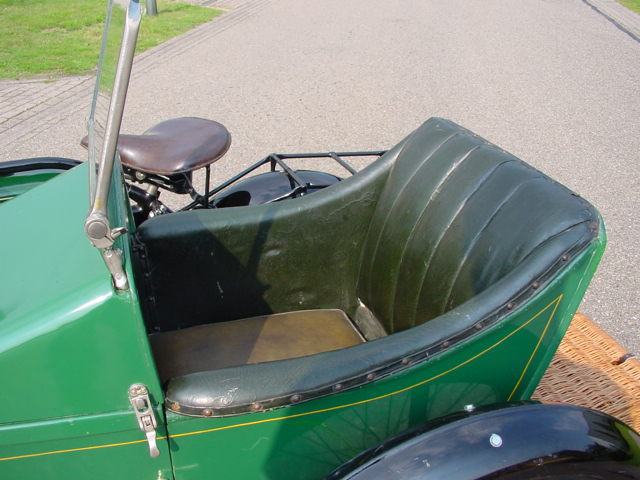 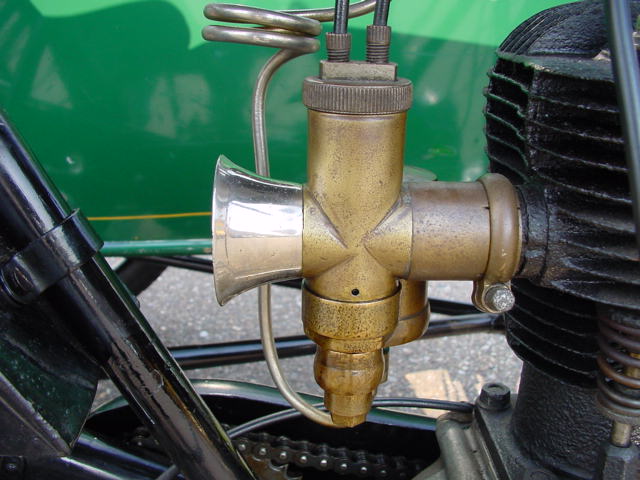 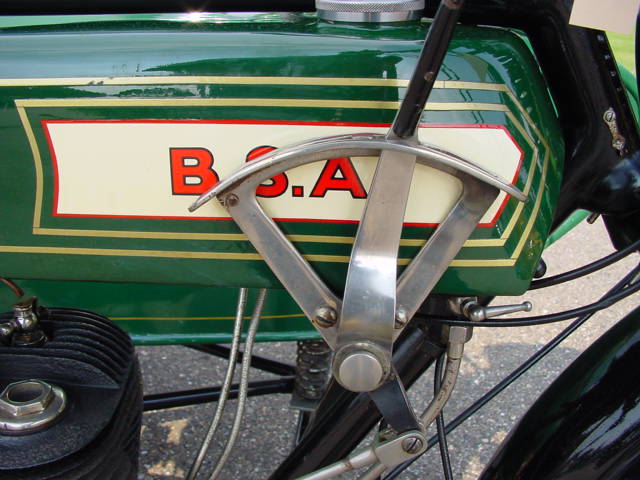 In the second part of the nineteen twenties the motorcycle market was growing fast in Britain.
But rivalry between the factories was intense and the profits were modest.
The whole industry was fighting a price-cutting war that had been started by the incredibly cheap model P Triumph that cost just under  43 pounds when brought out in 1925.
But BSA stood firmly in the market and brought out an extensive range in 1926: no less than 15 solo models were listed, and 11 combinations.
The solo machines ranged from a 249 cc side valve single to the  986 cc  “Colonial” V-twin model.
The 493  cc was a popular model, listed at about 45 pounds.
This machine is equipped with a nice period sidecar and is an older restoration.