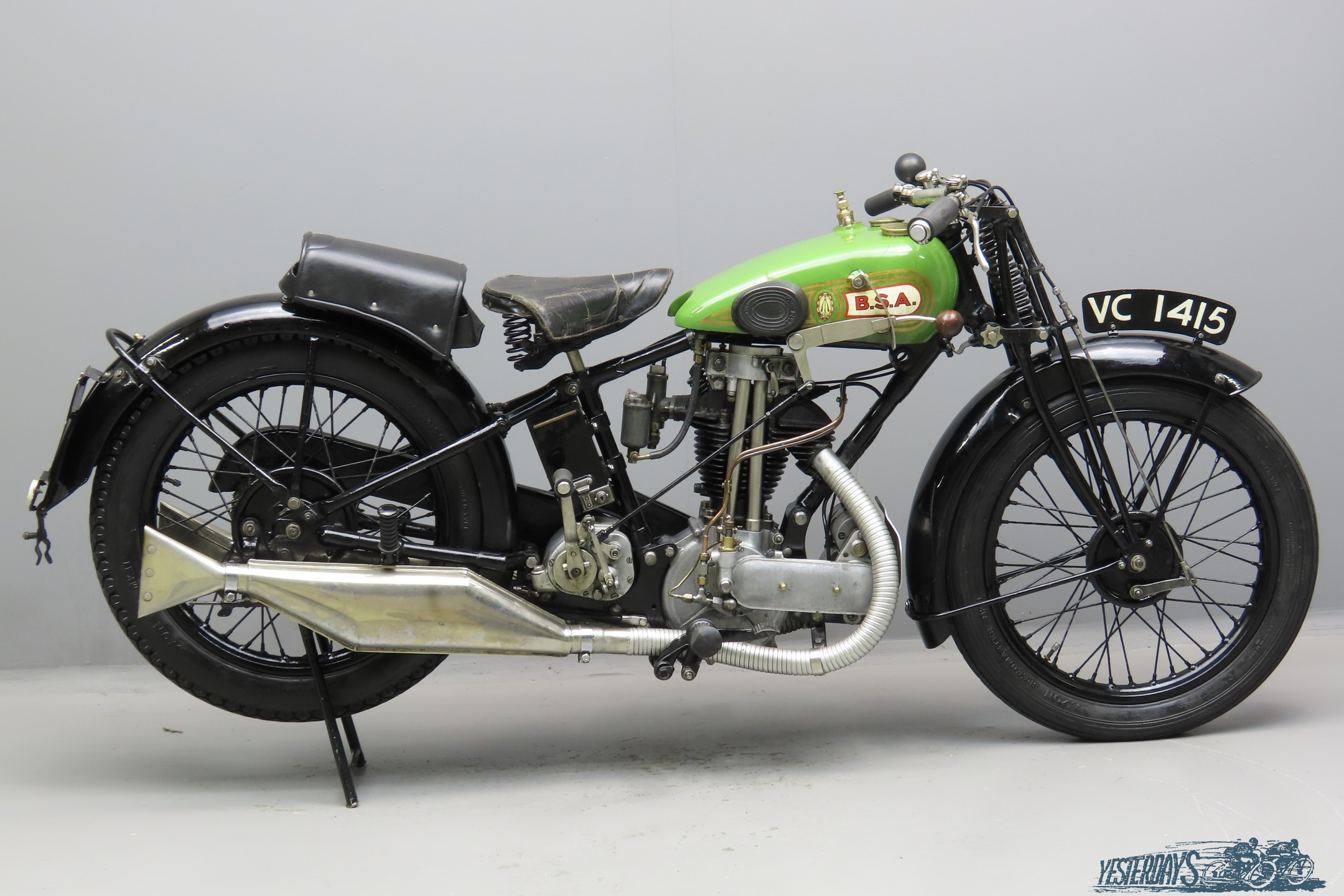 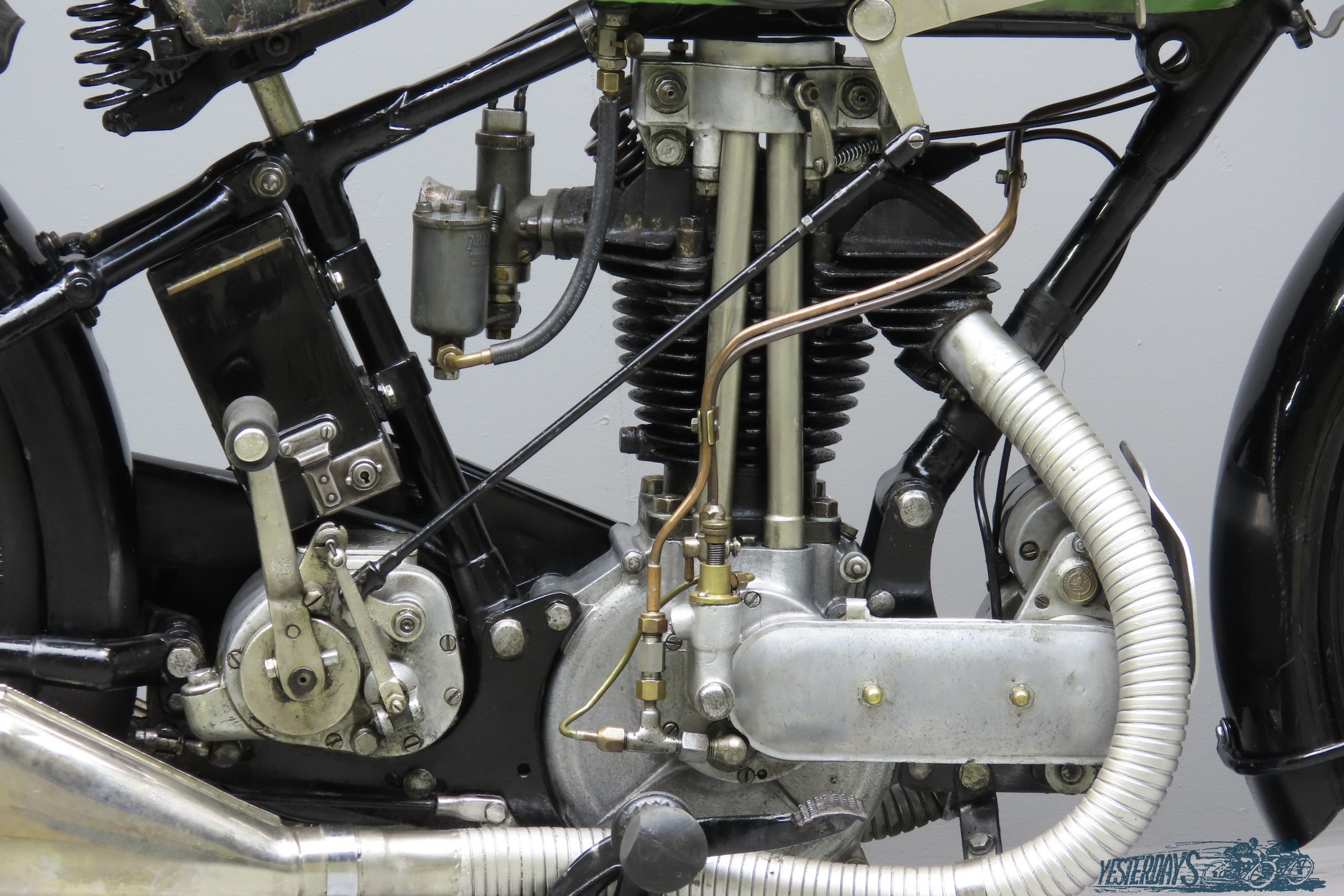 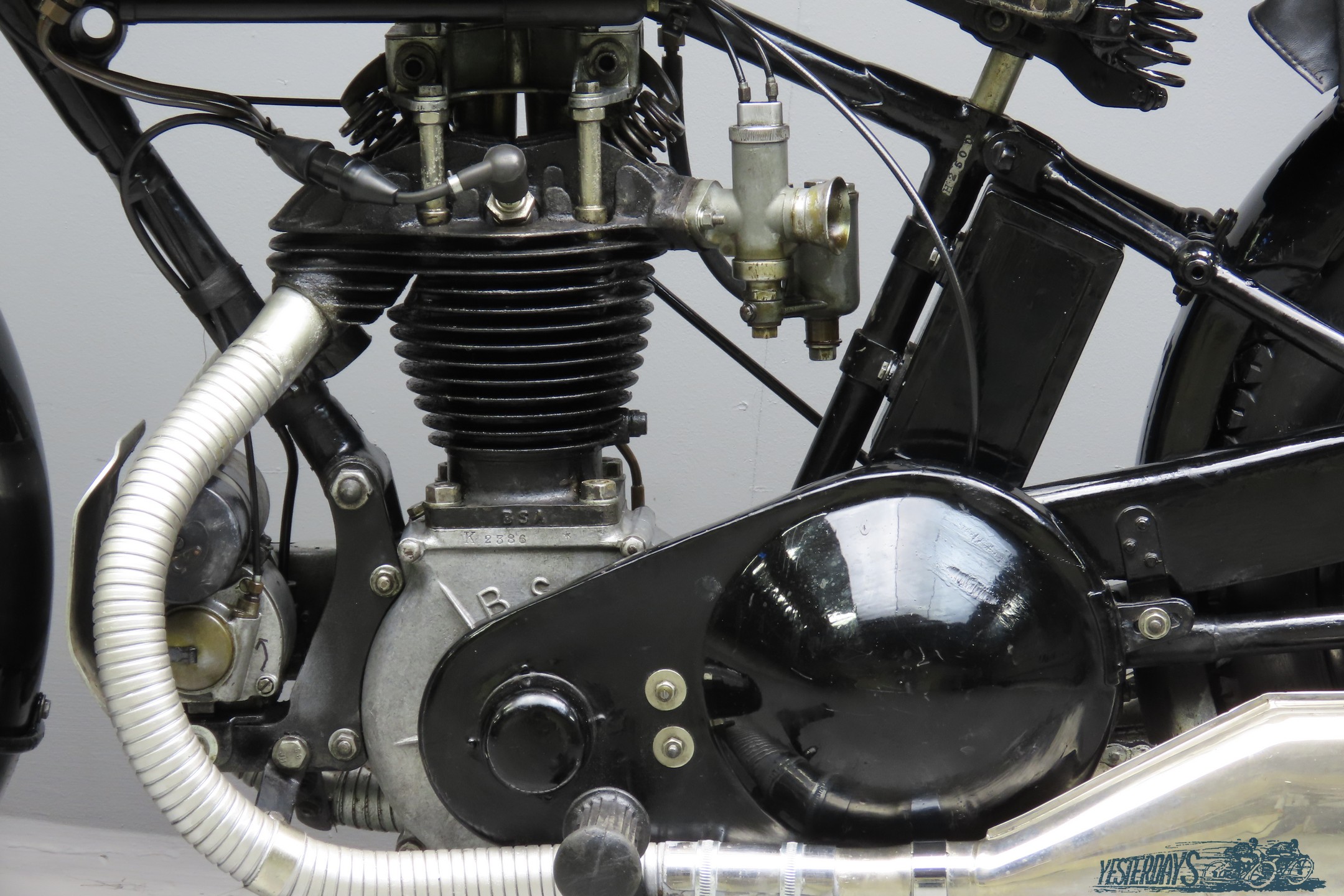 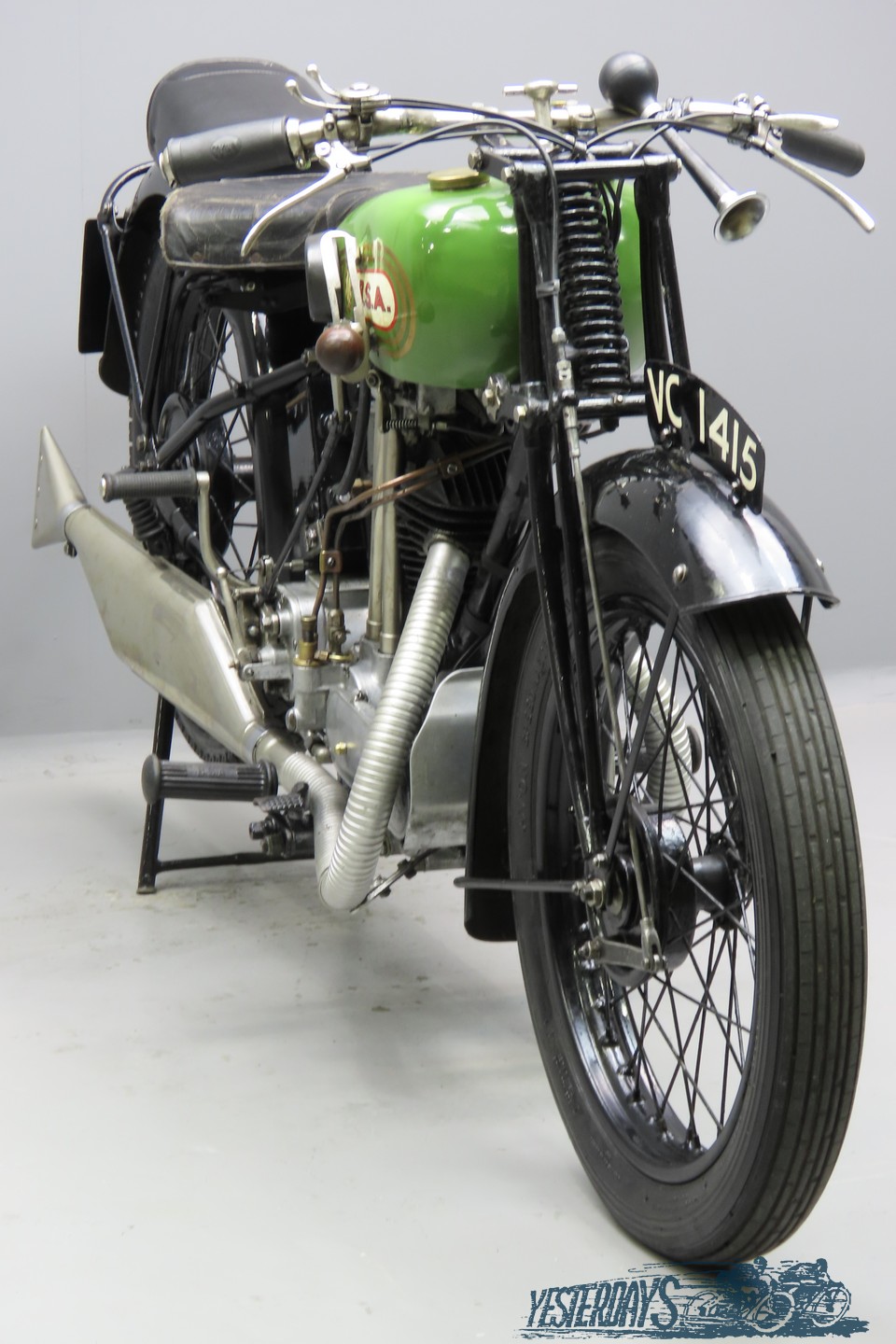 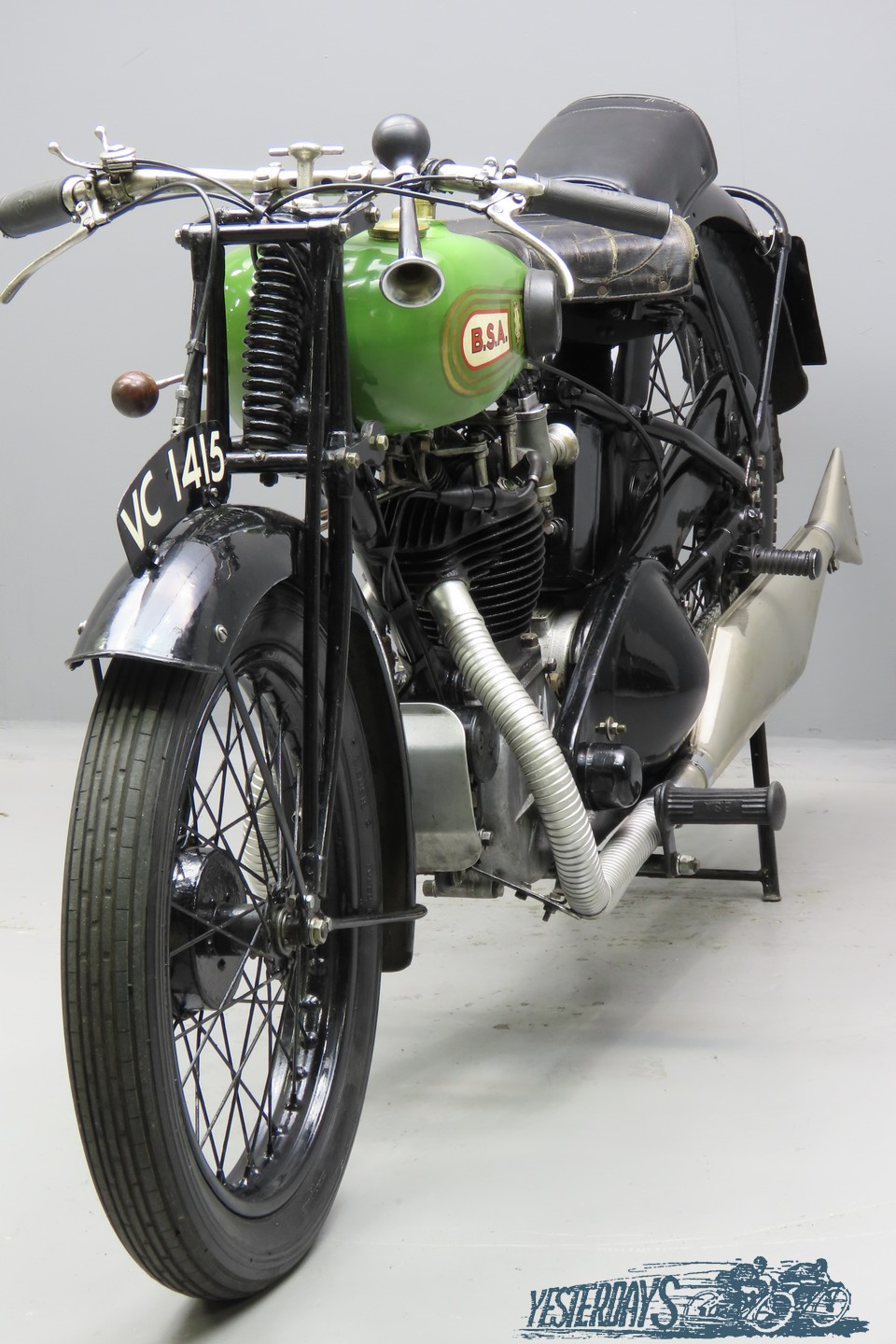 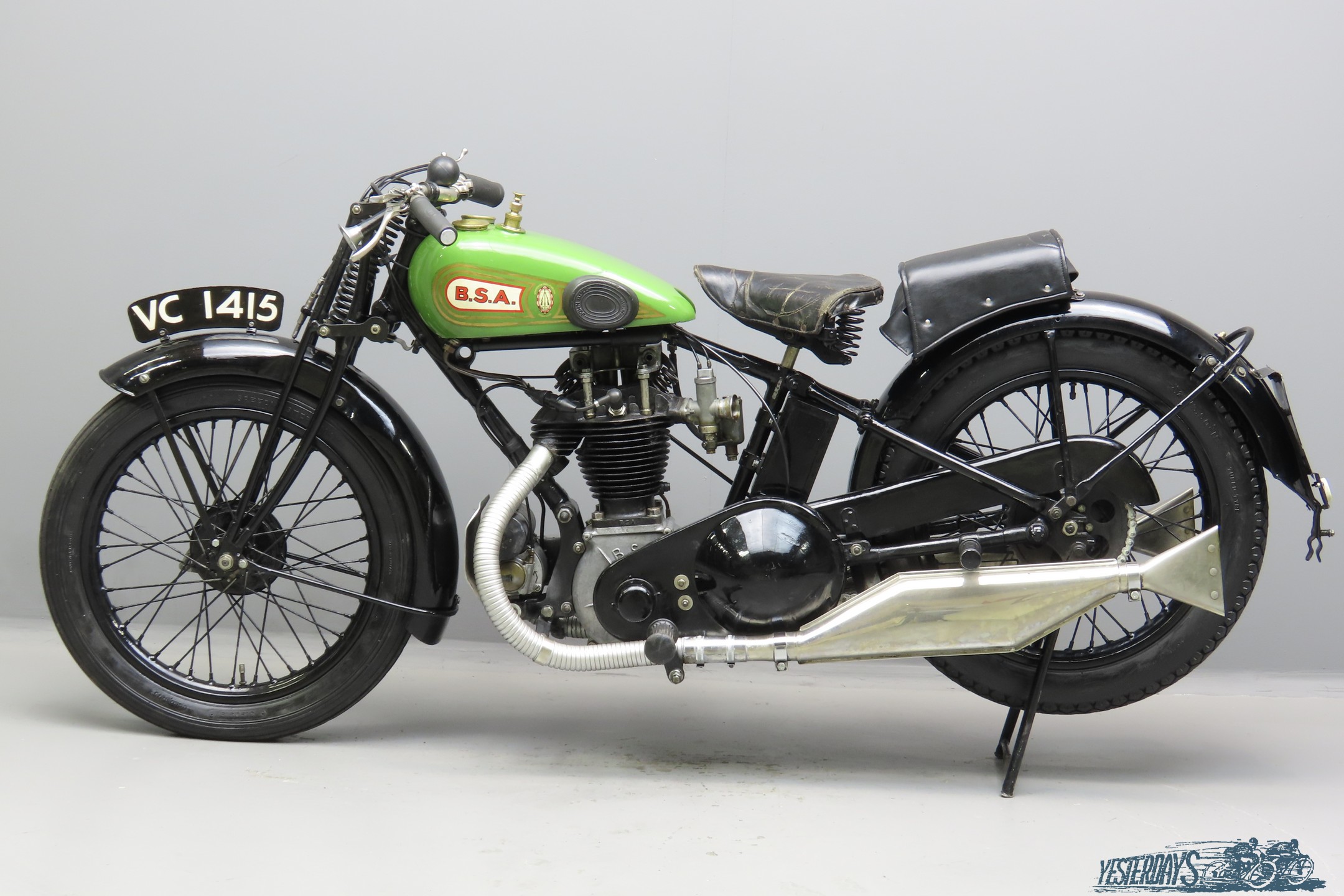 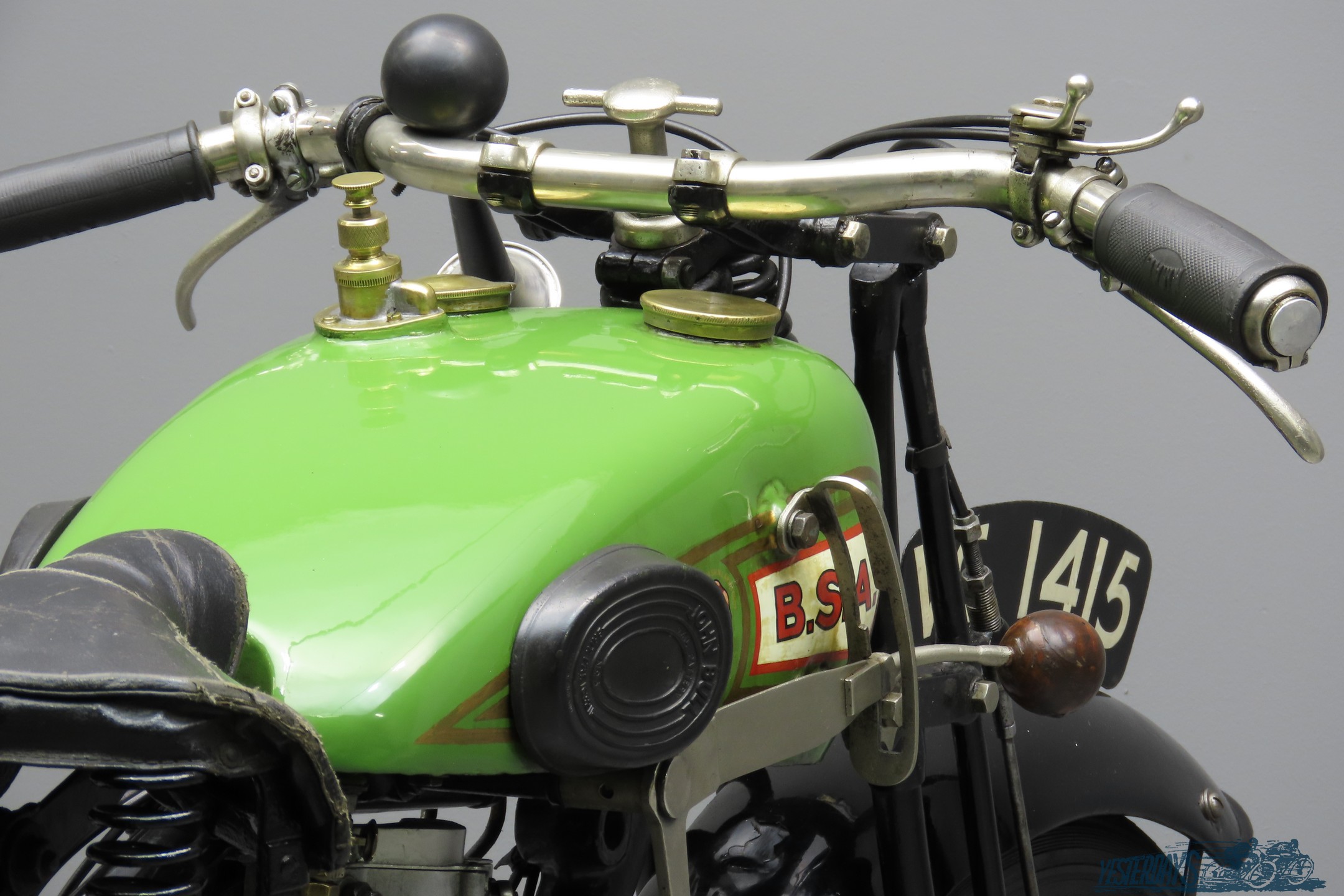 In the second part of the nineteen twenties the motorcycle market was growing fast in Britain.
But rivalry between the factories was intense and the profits were modest.
The whole industry was fighting a price-cutting war that had been started by the incredibly cheap model P Triumph that cost just under 43 pounds when brought out in 1925.
But BSA stood firmly in the market and brought out an extensive range.
Next to the successful “Sloper” types the BSA range also held some models for the riders that preferred an upright engine.
This overhead-valve S29 sports model is the road version of a design originally intended for speedway racing.
Engine dimensions are identical to those of the Sloper, 80x98mm.
The machine was restored a number of years ago; in the process all engine and gearbox bearings were renewed and also a new big-end assembly supplied by Alpha bearings was fitted. It appears not many machines of this model have survived as the sloping engine type was BSA’s top seller.
This sporty 500 comes with the specified Brooklands type silencers and is fitted with a pillion pad.