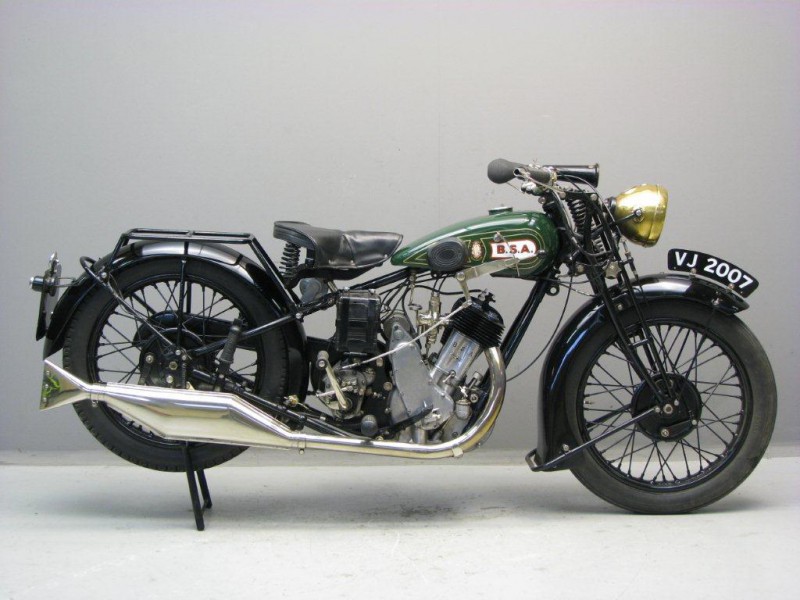 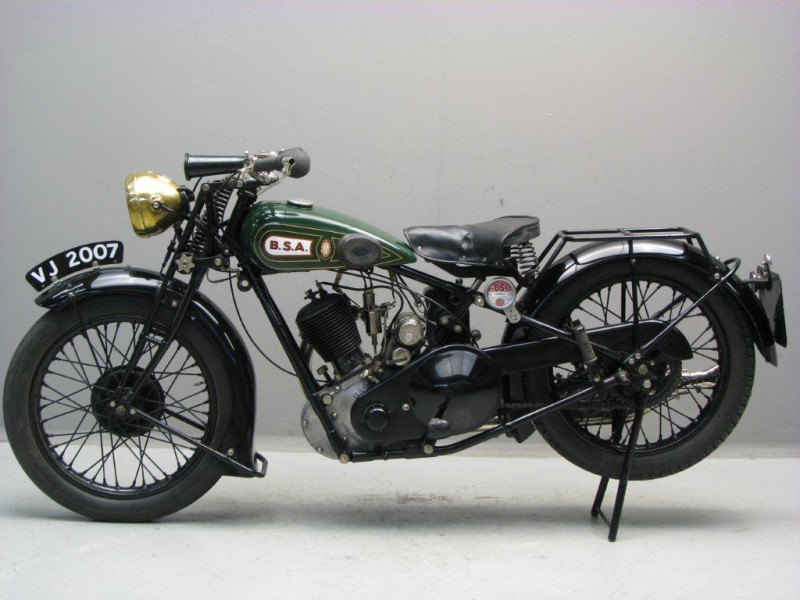 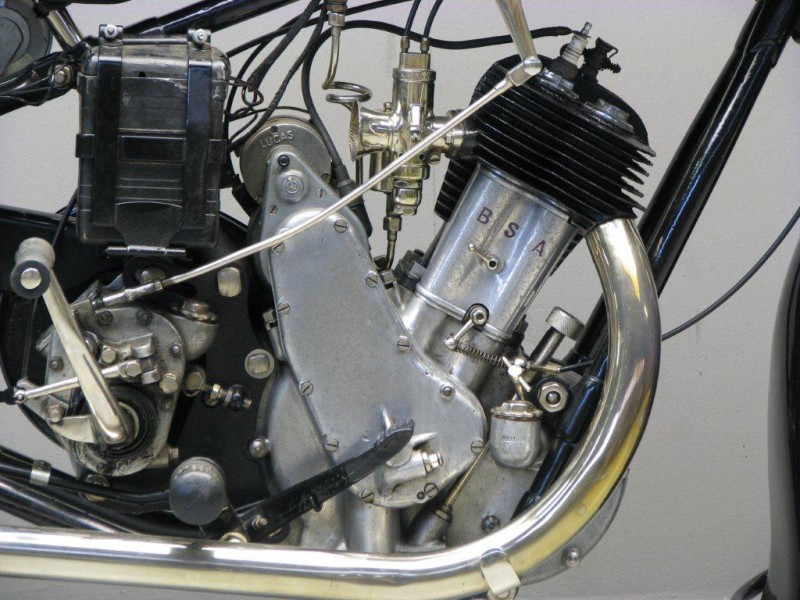 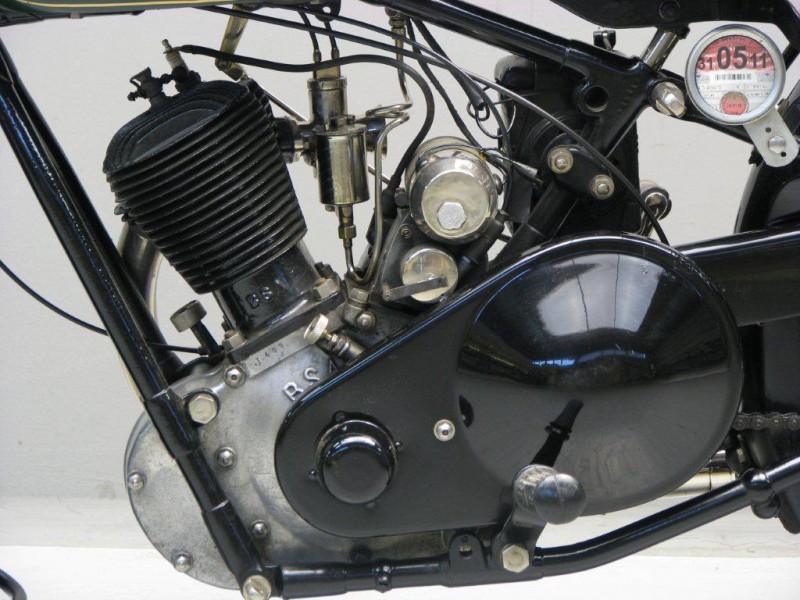 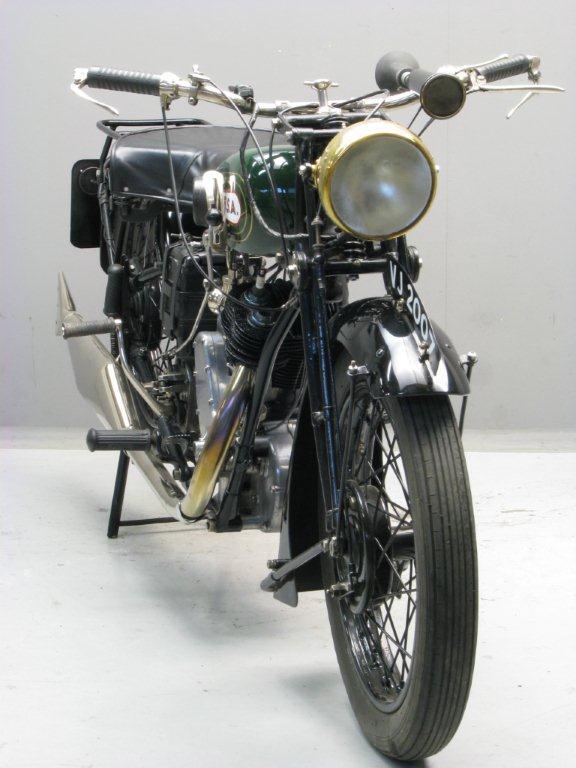 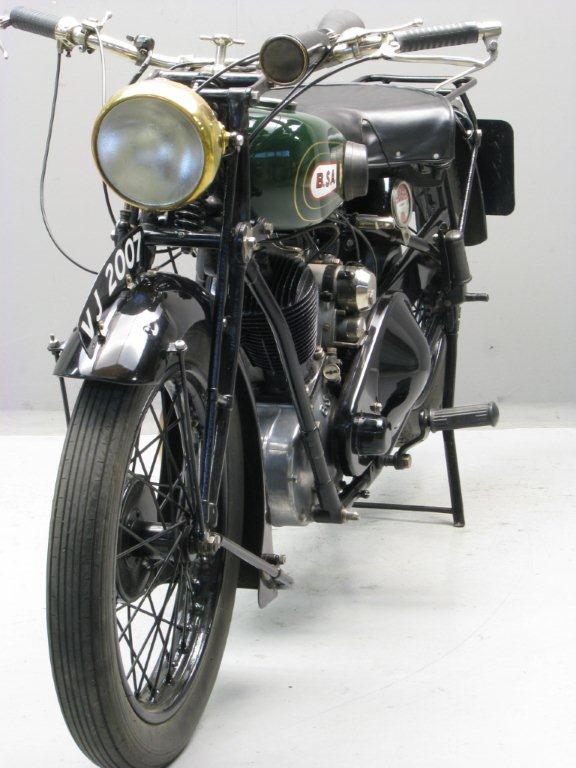 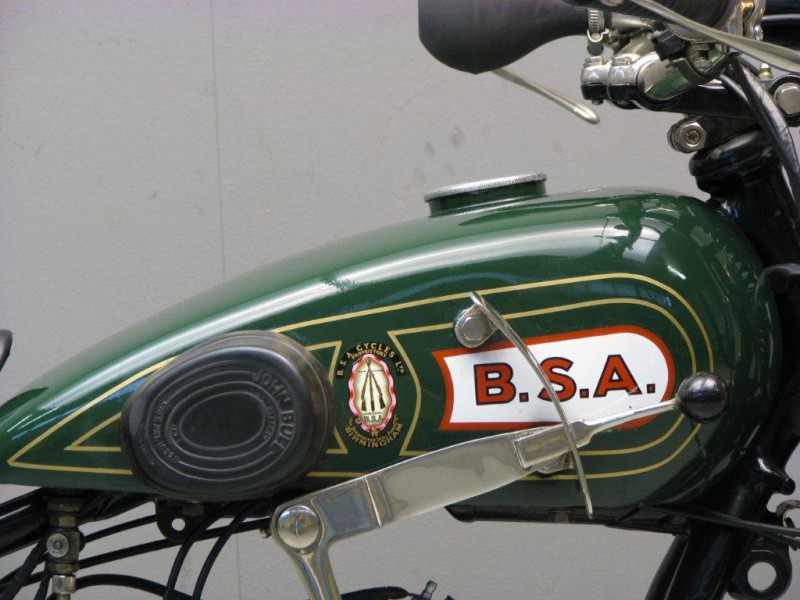 Presented in august 1926 for the 1927 season, the sloper  set the BSA company on the road to market domination and success.
It was brilliant designer Harold Briggs, brought in from the Daimler car company, who designed the machine around a sporty and reliable 493 cc ohv (80×98 ) engine which inclined forward in the frame.
Some typical car practice features Briggs used in his design were sump lubrication ( the crankcase was extended to form an oil reservoir holding 3 pints) and return springs within the pushrod tubes to keep the valve gear in constant touch with the cam profiles, giving exceptionally quiet operation.
The Sloper soon got a reputation as  a sporting but quiet motorcycle, a real trendsetter.
From the beginning a specially tuned engine could be fitted that produced no less than 25 HP @ 5000 rpm.
The “sloper” concept  suddenly became very hot and most British manufacturers hurriedly designed machines with forward leaning engines. The concept was not really new of course, a make like P&M for instance had been producing sloping engines from the early days of the century.
A notable change for the 1928 model year was the fitting of a more graceful petrol tank; a change of a more practical nature was the fitting of a front brake lever on the handlebar.
The 1927 models  had a left hand foot brake  pedal for the front brake and a right hand foot brake pedal for the rear brake, which had caused some criticism among customers.
For 1929  a side valve version became available.
This machine is complete with electric lighting .
It’s in excellent condition and has been restored some time ago.