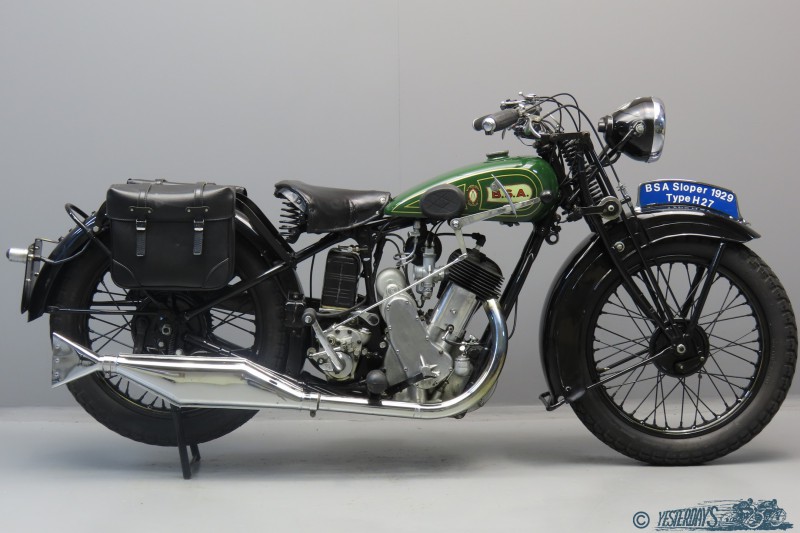 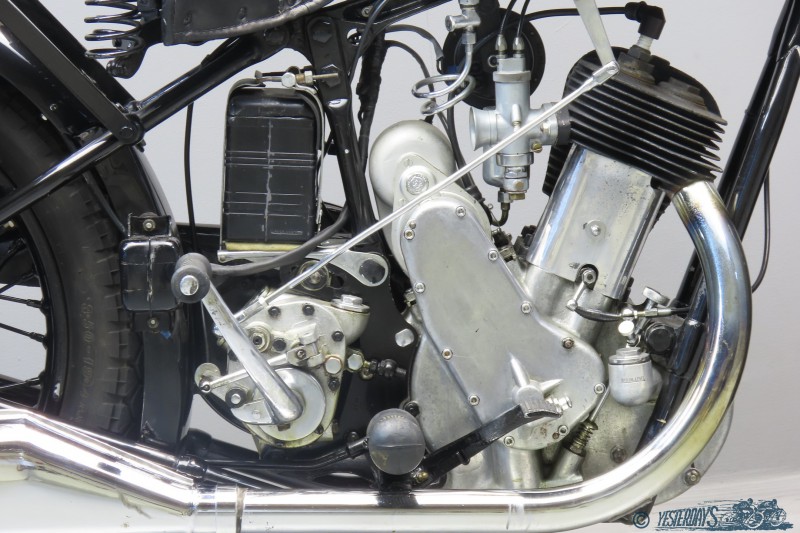 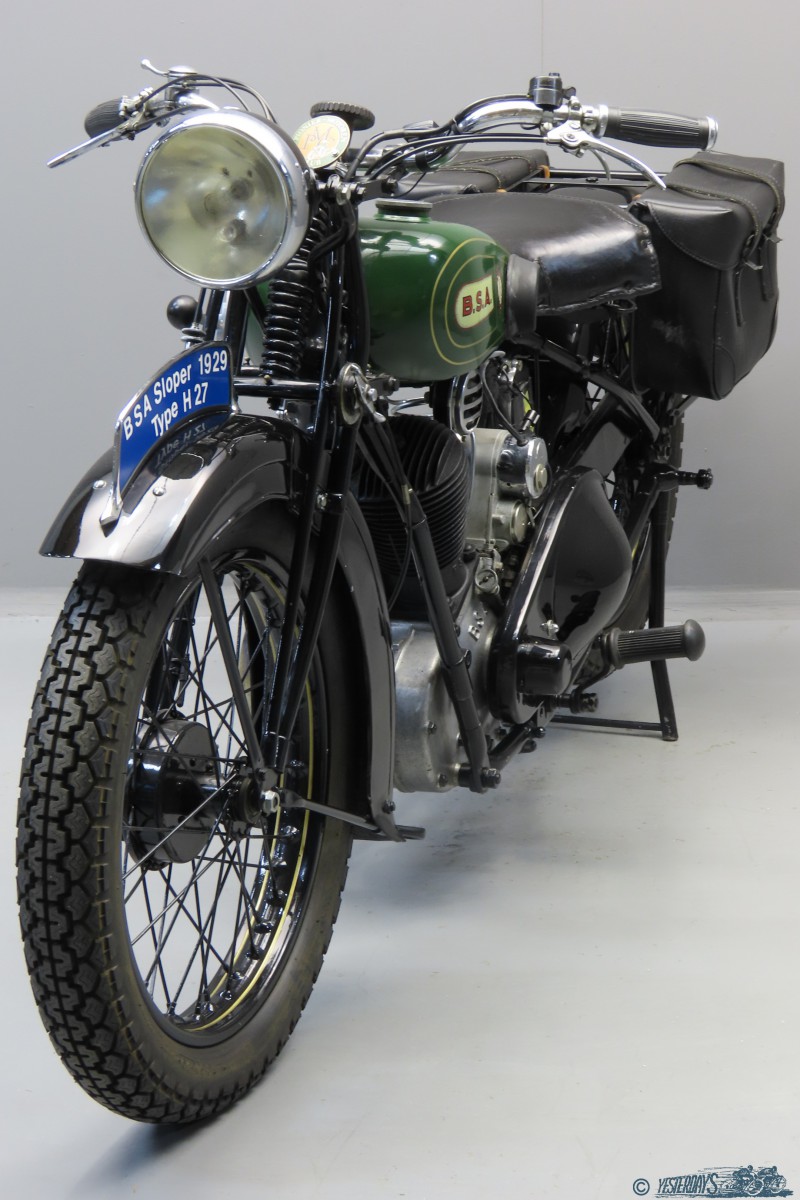 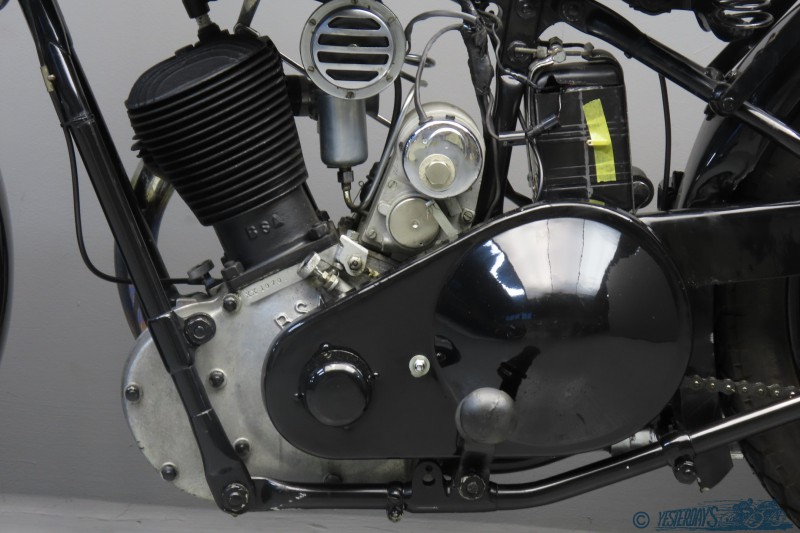 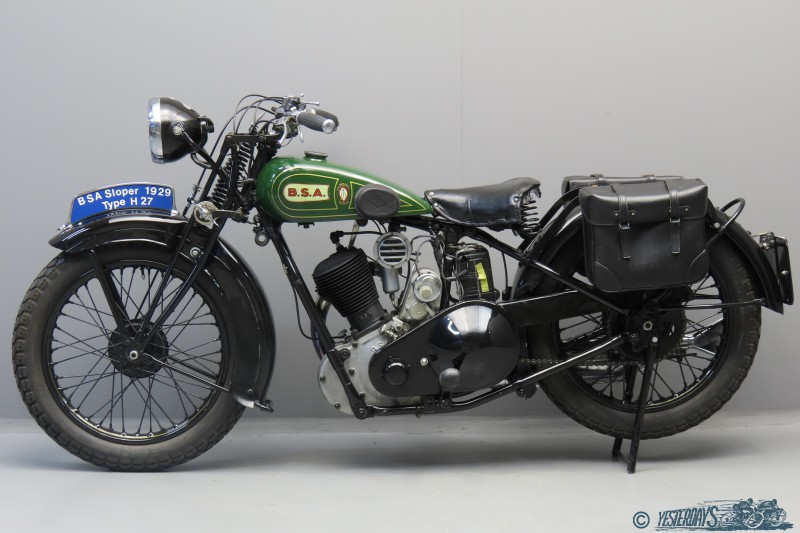 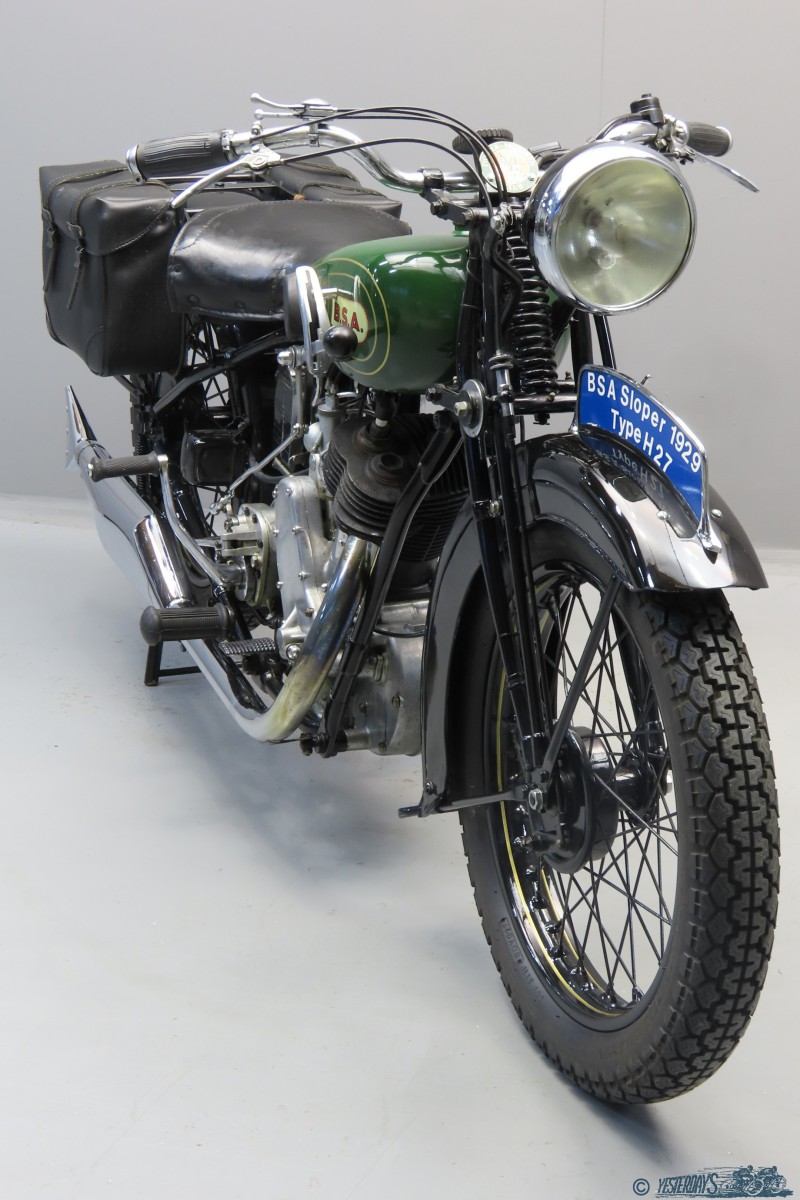 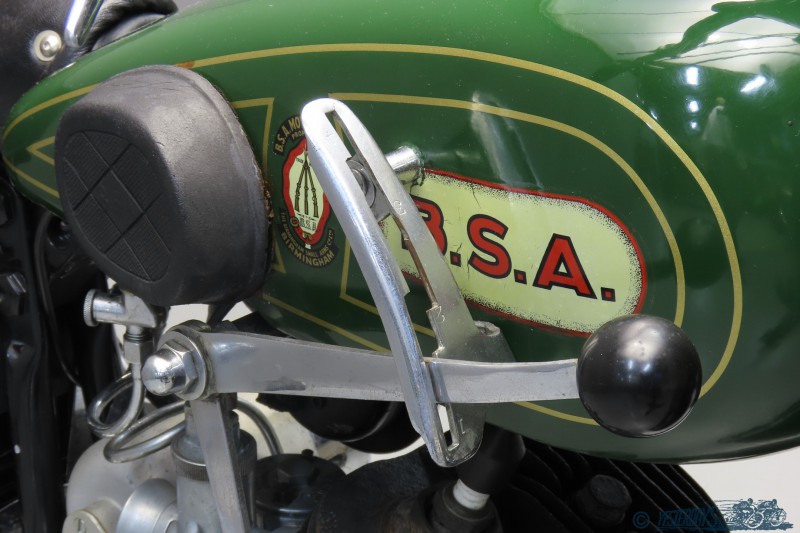 Presented in august 1926 for the 1927 season, the Sloper set the BSA company on the road to market domination and success. It was brilliant designer Harold Briggs, brought in from the Daimler car company, who designed the machine around a sporty and reliable 493cc ohv engine with bore x stroke of 80 x 98 mm which inclined forward in the frame. Some typical car practice features Briggs used in his design were sump lubrication (the crankcase was extended to form an oil reservoir holding about 1½ litres) and return springs within the pushrod tubes to keep the valve gear in constant touch with the cam profiles, giving exceptionally quiet operation. The Sloper, named so because of its inclined =sloping engine, soon got a reputation as a sporting but quiet motorcycle, a real trendsetter. Apart from the OHV models several side valve Slopers were marketed, ranging from 493cc to 595cc capacity. A new feature for 1930 was the forged steel backbone. This model year the Birmingham firm offered no fewer than 18 models, six of which had inclined engines. The Sloper range was catalogued up to and including 1935, by which time the line-up had shrunk to just two models: one overhead-valve, the other side valve, both of 595cc capacity. For 1930 two 557cc models were offered with bore x stroke of 85x98mm. The H30-10 was the de Luxe model that was equipped with footboards and 7 inch brakes, the standard H30-8 had footrests and 5 ½ inch brakes.
This well-restored Sloper comes with full electric lighting, available for an extra outlay of more than four pounds on the basic machine price of fifty pounds, two shillings and sixpence. She is fitted with a pair of practical saddle bags and is ready for the road.