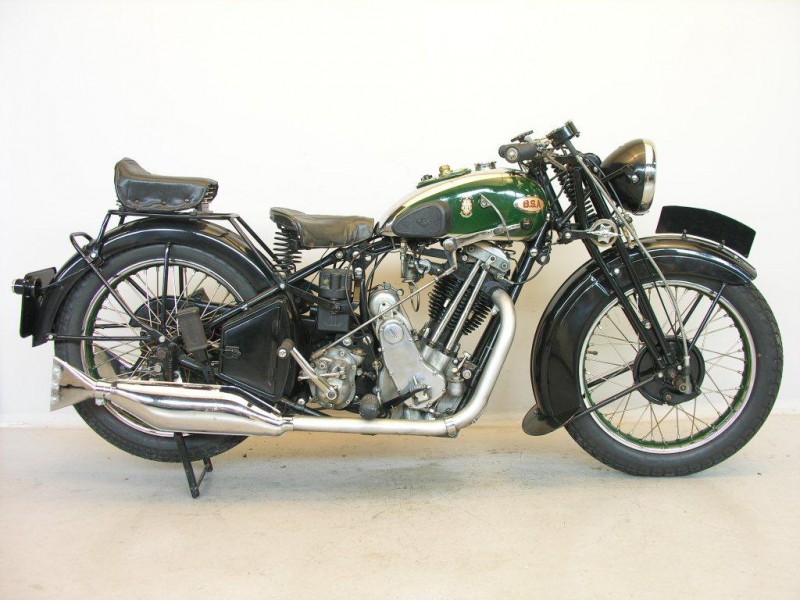 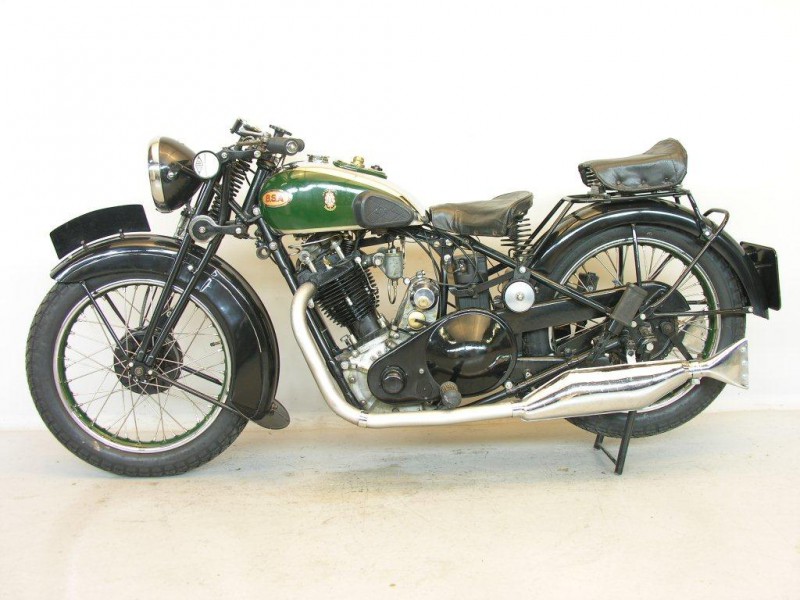 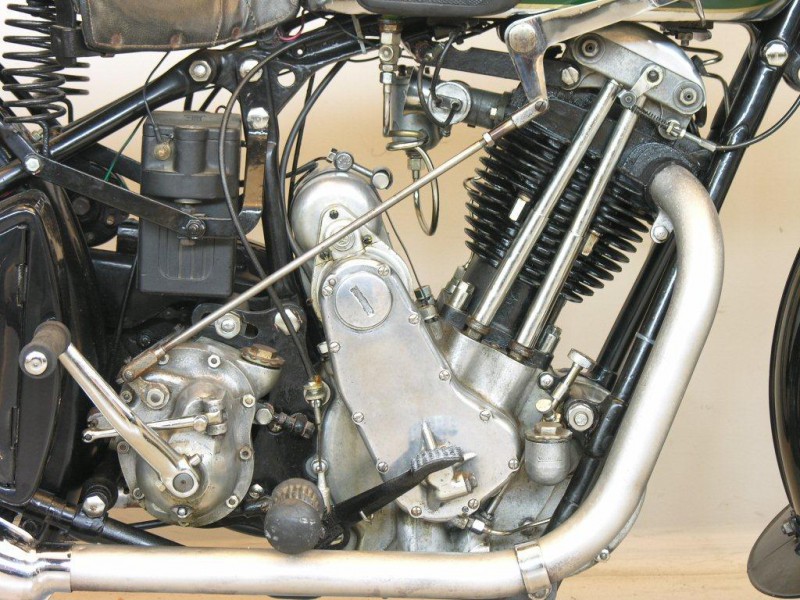 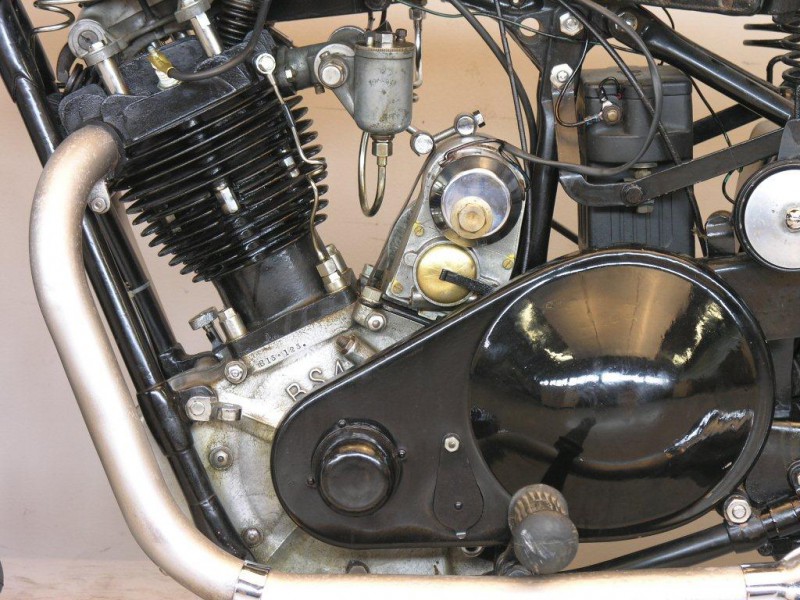 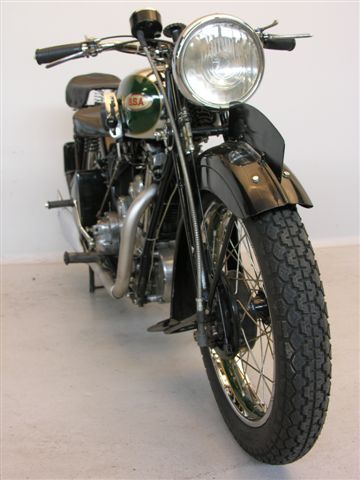 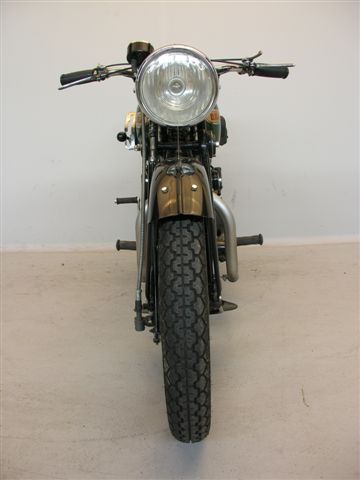 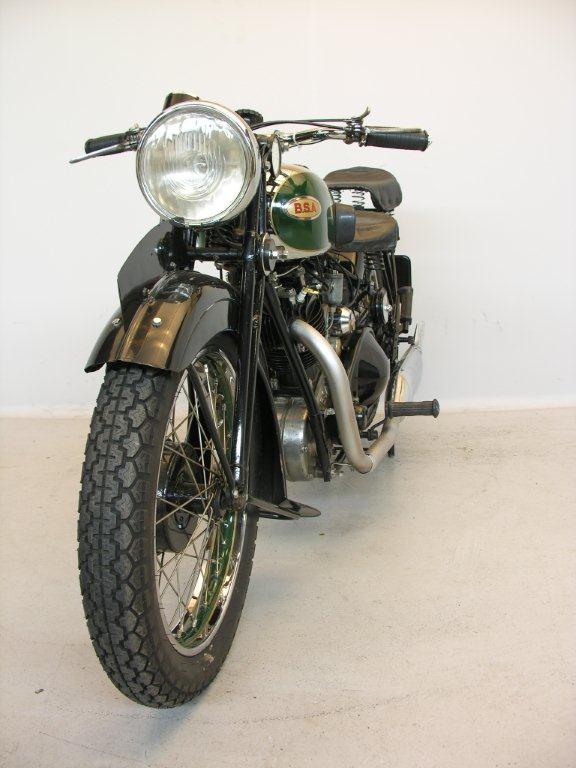 Presented in august 1926 for the 1927 season, the sloper  set the BSA company on the road to market domination and success.
It was brilliant designer Harold Briggs, brought in from the Daimler car company, who designed the machine around a sporty and reliable 493 cc ohv (80×98 ) engine which inclined forward in the frame. Later on a 595 cc version was marketed with bore x stroke of  85×105 mm. Some typical car practice features Briggs used in his design were sump lubrication (the crankcase was extended to form an oil reservoir holding 3 pints) and return springs within the pushrod tubes to keep the valve gear in constant touch with the cam profiles, giving exceptionally quiet operation.
The Sloper soon got a reputation as a sporting but quiet motorcycle, a real trendsetter.
Apart from the OHV models two sidevalve slopers were marketed, a 493 cc model and a 557cc model, which grew to 595 cc after some years.
The BSA Owners’Club dating certificate that comes with the machine states that the machine was despatched from the factory to Colmore Depot, Liverpool on 16th September 1933 and  it still retains its original engine.
It was customary at the time for many manufacturers to introduce the new season‘s models already in August or September!
This Sloper is an older restoration.