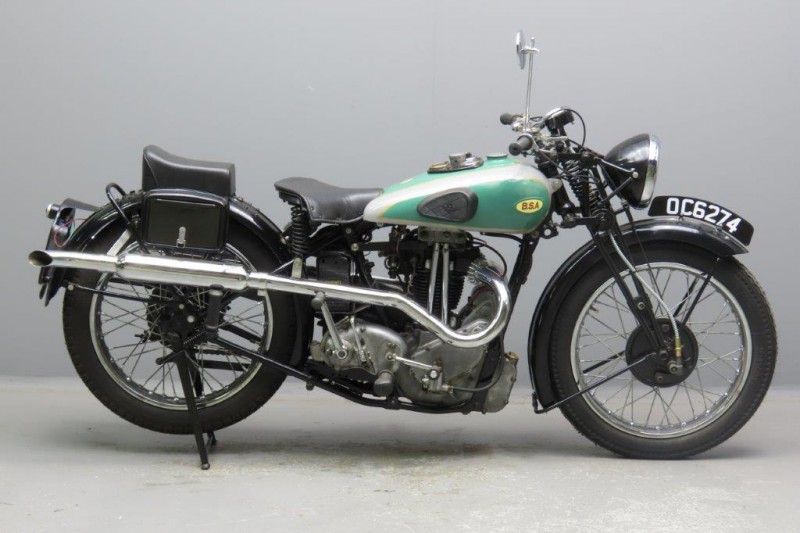 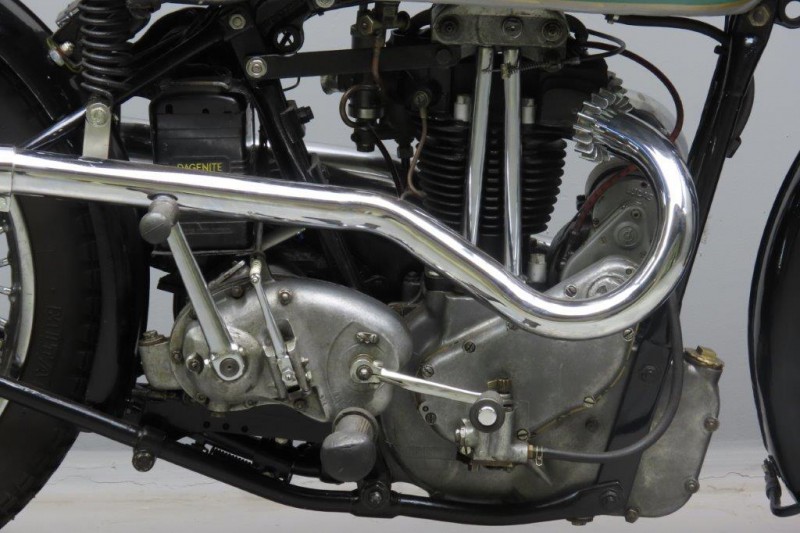 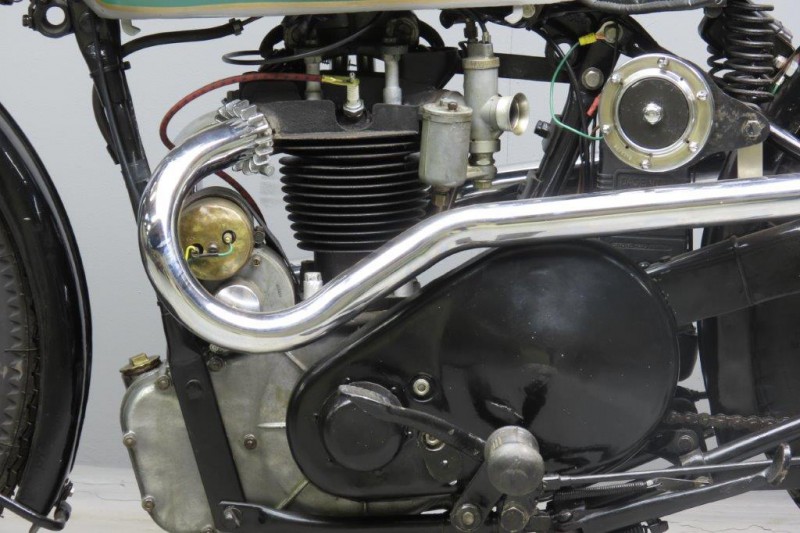 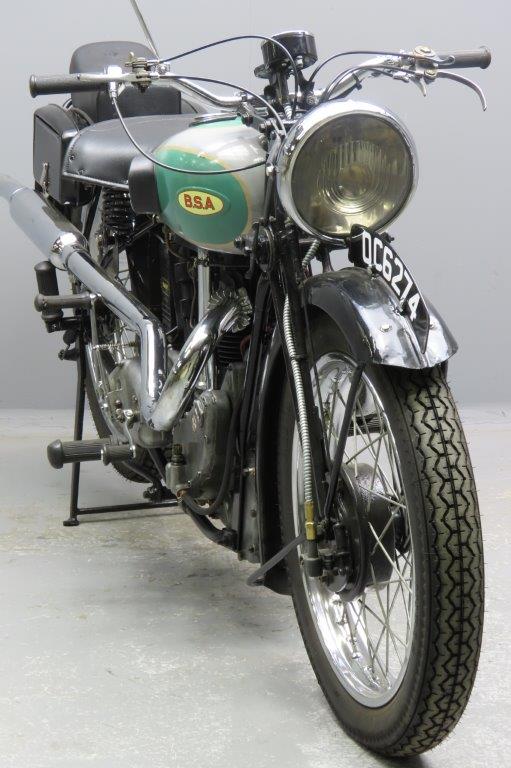 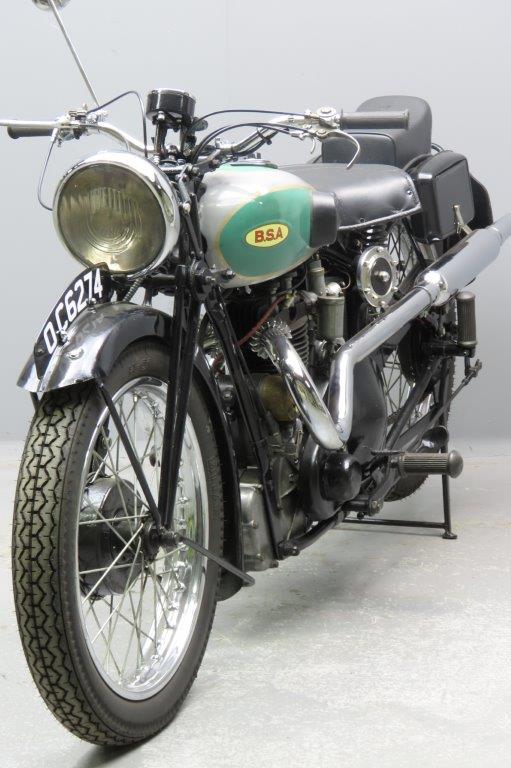 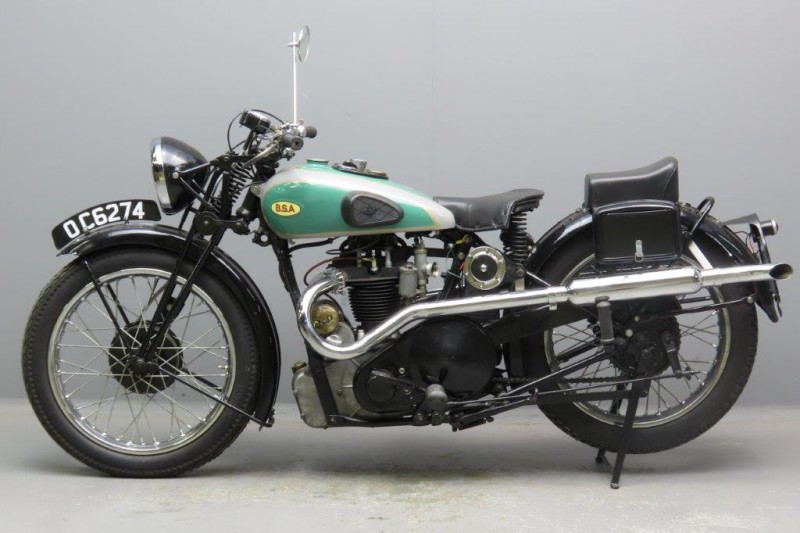 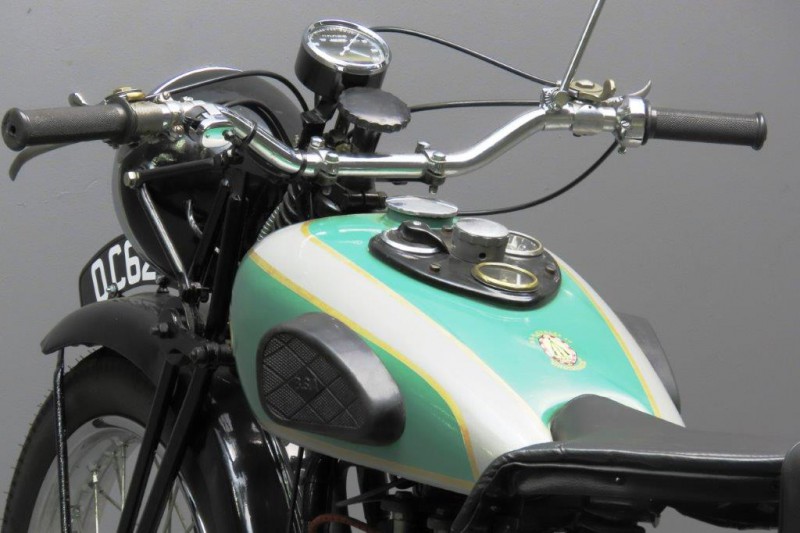 At the 1933 Olympia Show BSA displayed a 15-model range; more than 60 machines were showed.
BSA presented themselves as “Leaders in the Industry”, they were the largest British Motor Cycle manufacturers at that time.
The total number of machines on display was 324, plus 22 three-wheelers.
Compared with the 1933 range one could conclude that machines in the 250 cc class were becoming more and more popular at the expense of 350 cc machines.
About 80% of the machines were singles.
Coil ignition was fitted to about 18% of 1934 machines; four speed gearboxes were now fitted to 55% of the new machines, this was 42% in the 1933 range.
Foot change was also more and more becoming the norm, 40% of the machines could be had with this practical feature.
In the BSA model range the “R” referred to the 348 cc single cylinder models.
Three were available for the 1934 model year, the standard model R 34-4, the more sporty R34-5 “Blue Star” and the R 34-6 “Special”, that was the fastest and most expensive 350 with bench tested engine.
The Blue Star is a sporty machine with 71x88mm bore x stroke, high compression piston and pump type Amal carburettor.
It has swept-up exhaust pipes, steering damper and foot gear change. The oil sump and crankcase are cast in one unit.
Other features are tank instrument panel with amp gauge, inspection light, switch and oil pressure gauge.
This machine was manufactured at the end of 1933; it was registered on December 29 but it’s actually a 1934 model.
The new models were presented at the London Show at the end of November and from early December dealers had them in their showrooms.
The buff log book that comes with this older restoration shows that the machine has been taxed till 1961.