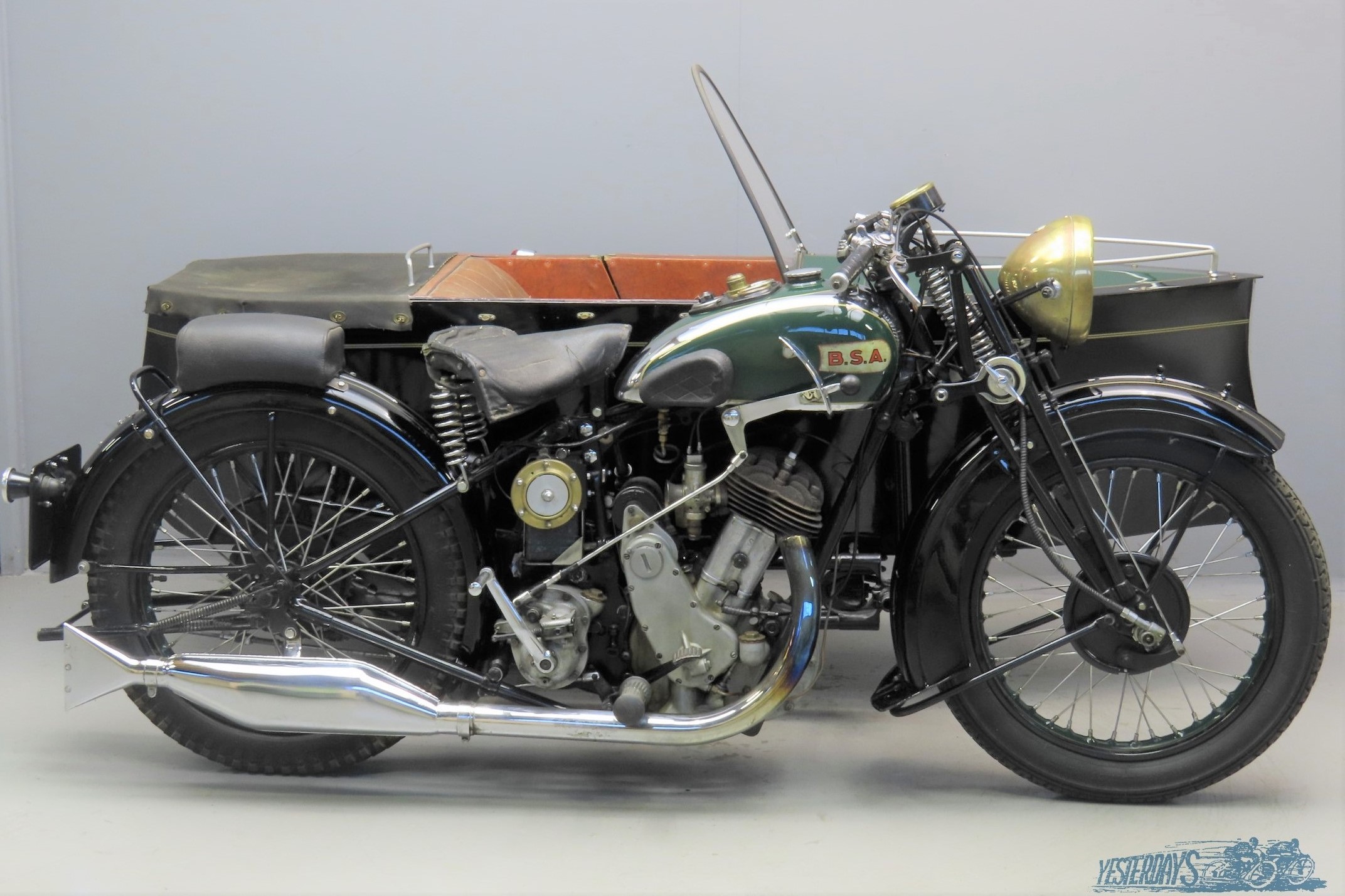 At the 1933 Olympia Show BSA displayed a 15-model range for 1934; more than 60 machines were showed. BSA presented themselves as “Leaders in the Industry”, they were the largest British Motor Cycle manufacturers at that time. The total number of machines on display at the Show was 324, plus 22 three-wheelers. Compared with the 1933 range of the presented makes one could conclude that models in the 250 cc class were becoming more and more popular at the expense of 350 cc models. About 80% of the machines were singles. Coil ignition was fitted to about 18% of 1934 machines; four speed gearboxes were now fitted to 55% of the new models, this was 42% in the 1933 range. Foot change was also more and more becoming the norm, 40% of the machines could be had with this practical feature.
A model that hat contributed much to BSA’s success was the Sloper. brainchild of brilliant designer Harold Briggs who had been brought in from the Daimler car company.
Some typical car practice features Briggs used in his design were sump lubrication (the crankcase was extended to form an oil reservoir holding 3 pints) and return springs within the pushrod tubes to keep the valve gear in constant touch with the cam profiles, giving exceptionally quiet operation. The Sloper soon got a reputation as a sporting but quiet motorcycle, a real trendsetter. Apart from the OHV models two side valve Slopers were marketed, a 493cc model and a 557cc model, which grew to 595cc after some years. The Sloper models were last catalogued for 1935, after 9 successful years. There’s an interesting article by Jamie Dee on the Sloper history in “Old Bike” 4, winter 1992/1993.

The combination we present is fitted with a quickly detachable Launch-type sidecar. She has been restored a number of years ago and has a current road registration. She comes with full electric lighting, hand change 4-speed gearbox, bum pad, Smiths speedometer and tank top instrument panel. This contains amp and oil pressure gauges, light switch and inspection light. She has been maintained well and is an excellent runner.