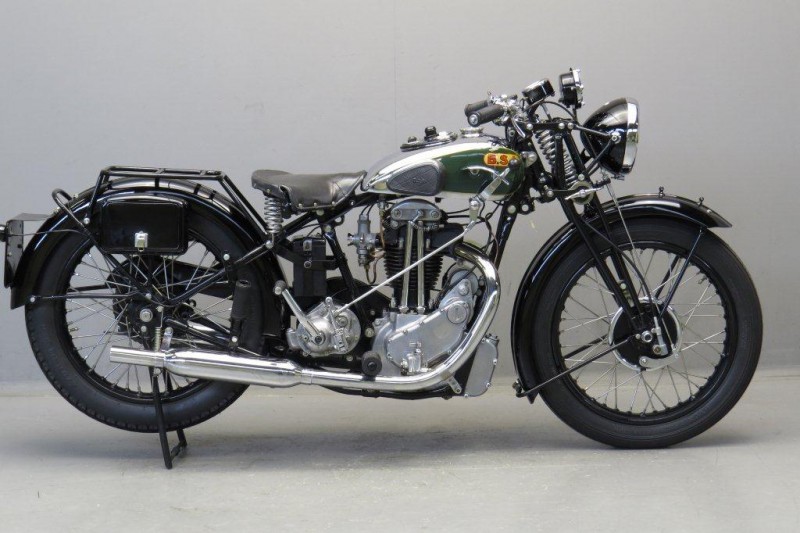 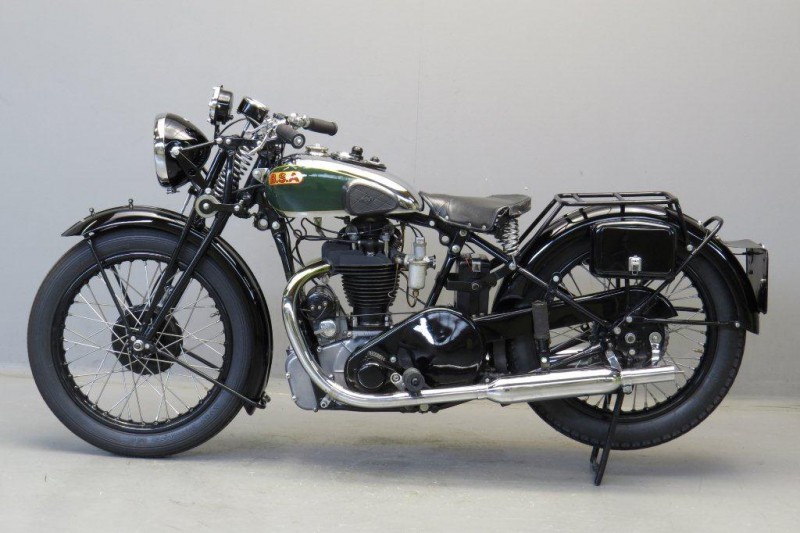 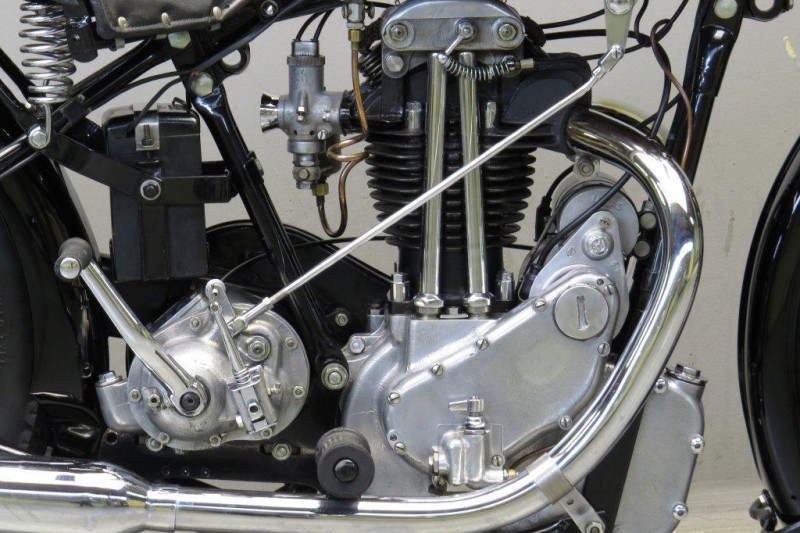 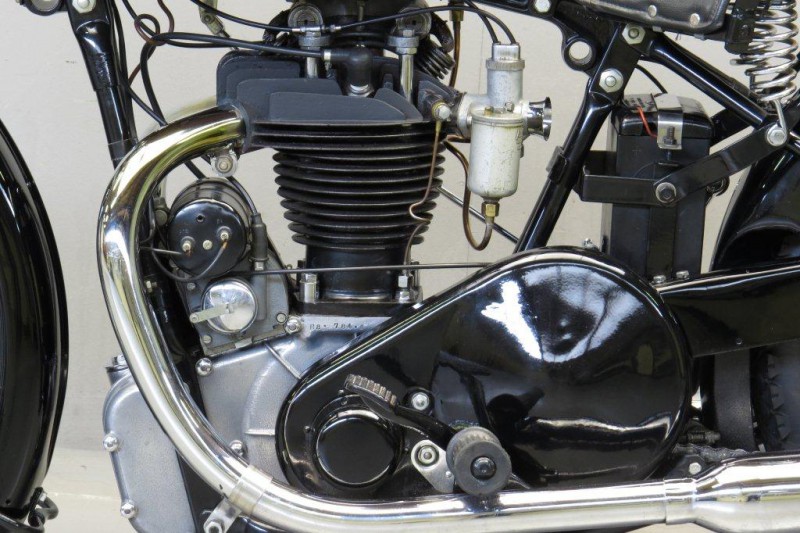 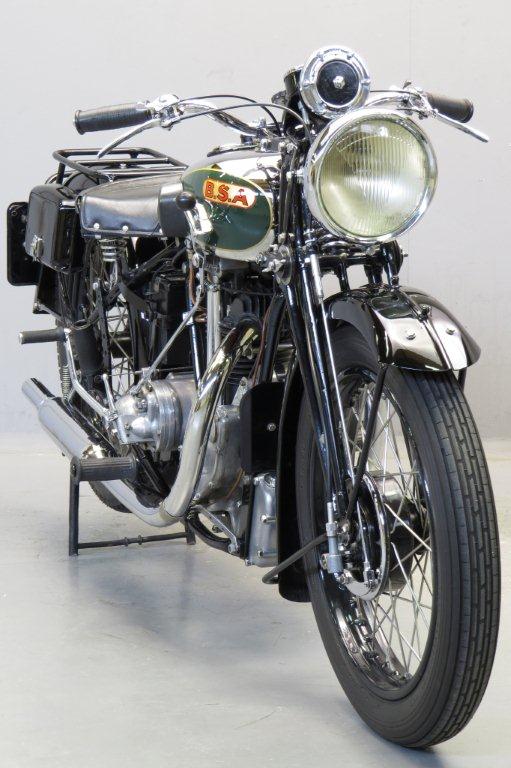 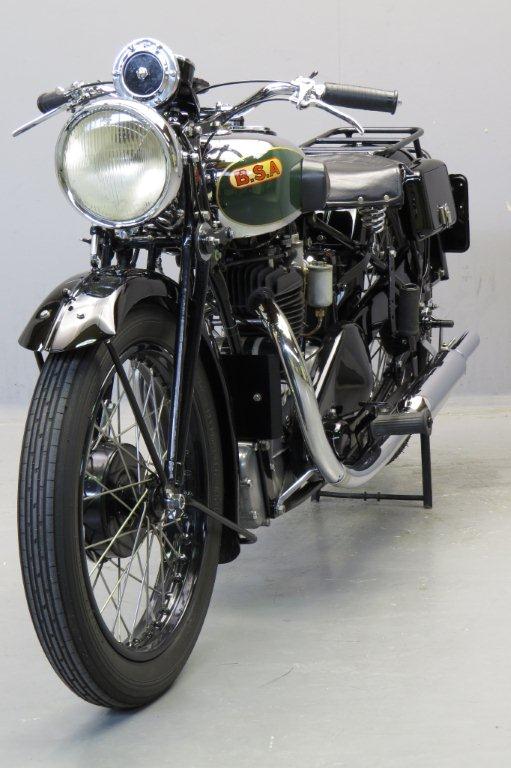 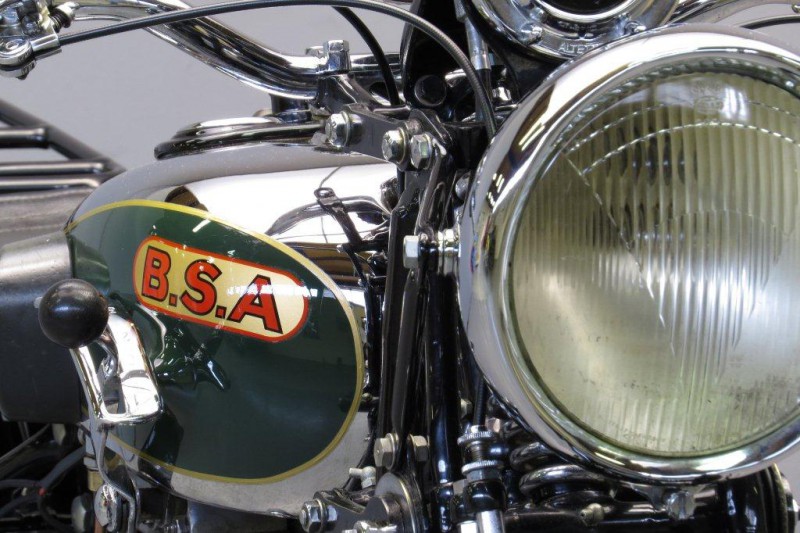 At the 1933 Olympia Show  BSA displayed a 15-model range; more than 60 machines were showed.
BSA presented themselves as “Leaders in the Industry”, they were the largest British Motor Cycle manufacturers at that time .
The total number of machines on display was 324, plus 22 three-wheelers.
Compared with the 1933 range one could conclude that  machines in the 250 cc class were becoming more and more popular at the expense of 350 cc machines.
About 80% of the machines were singles.
Coil ignition was fitted to about 18% of 1934 machines; four speed gearboxes were now fitted to 55% of the new machines, this was 42% in the 1933 range.
Foot change was also more and more becoming the norm, 40% of the machines could be had with this practical feature.
In the BSA model range the “W” referred to the 499 cc single cylinder models.
There was the side valve W 34-7 and there were three OHV models: the  W 34-10 Special, with specially built and tested engine with special valves, cams, racing piston etc; the slightly less fierce W 34-9 Blue Star, with upswept pipes and high compression piston and the standard 500, the handsome W 34-8 that we have available.
The machine has a 2 port engine, 4 speed gearbox and duplex cradle frame with forged steel backbone and integral sidecar lugs. 3.5 x 19 tyres and  tank instrument panel are other features of this  eminently restored luxury mount.