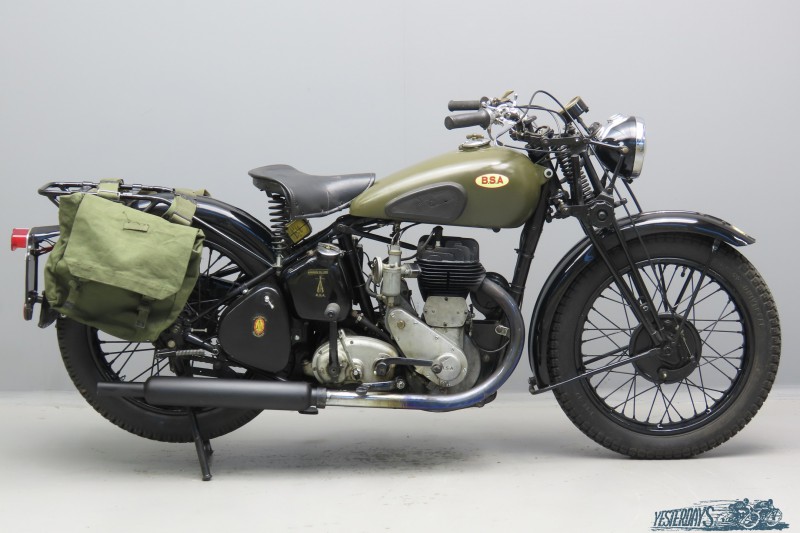 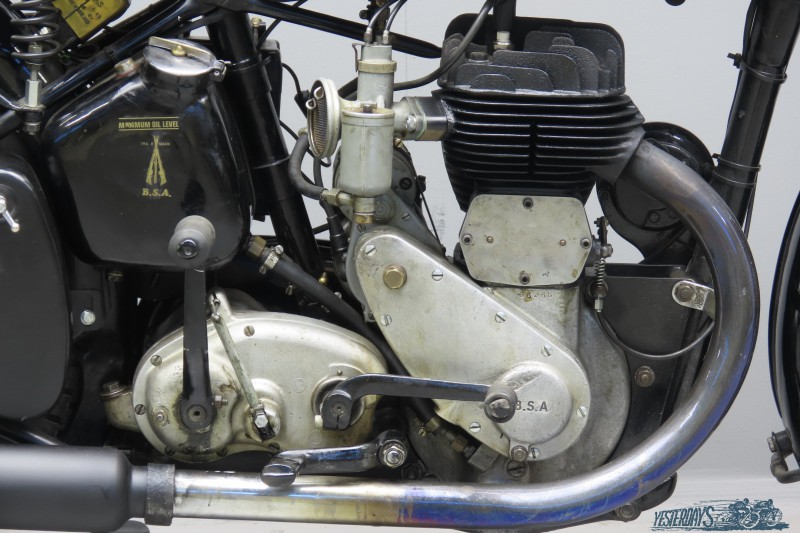 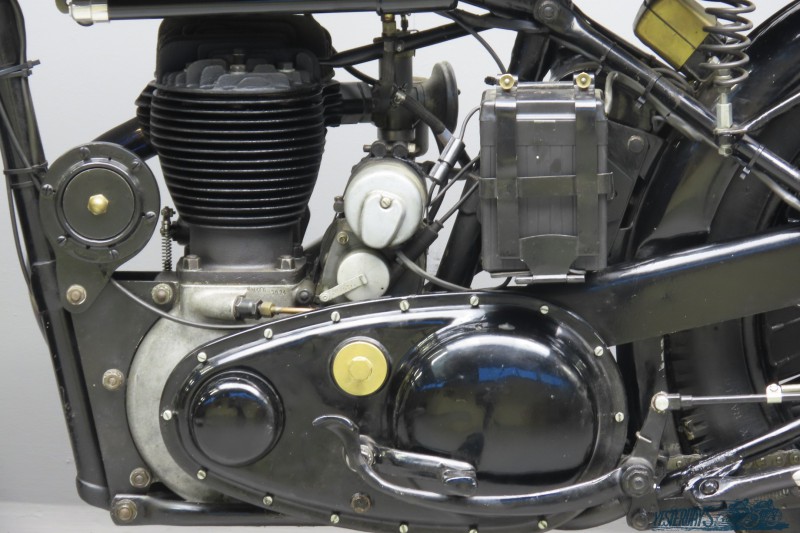 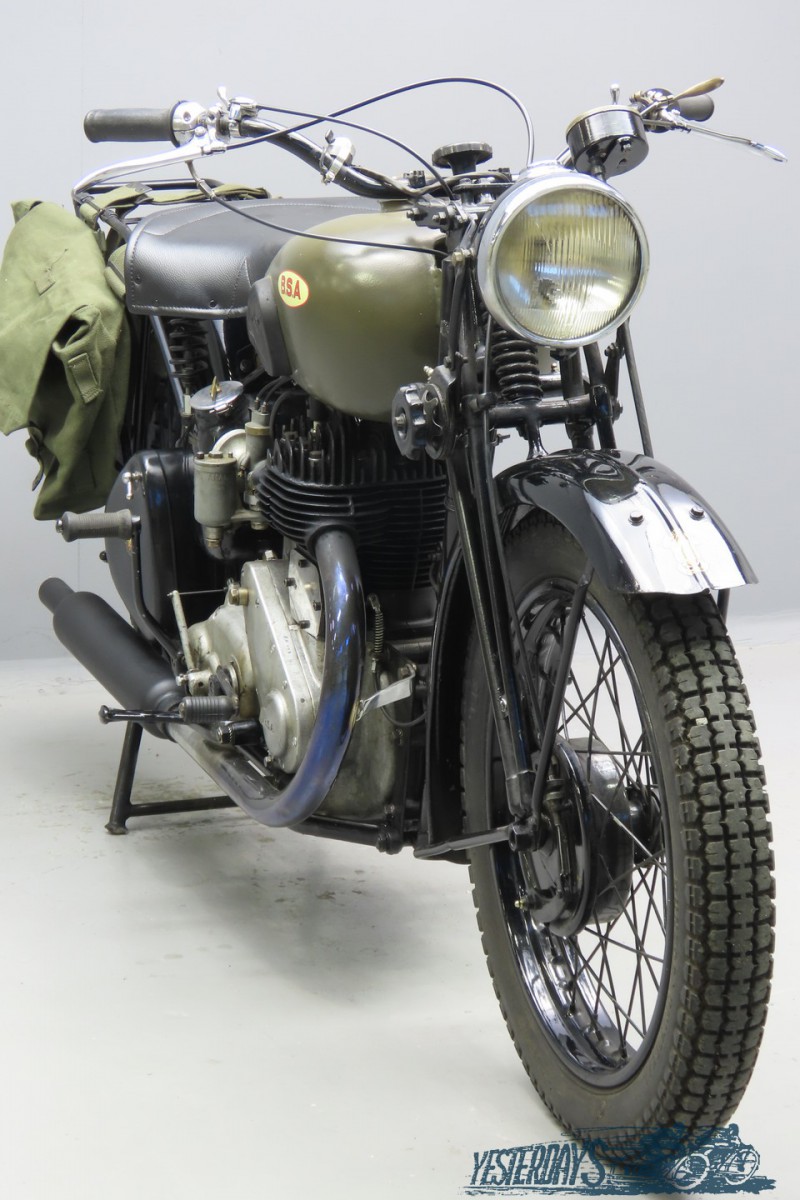 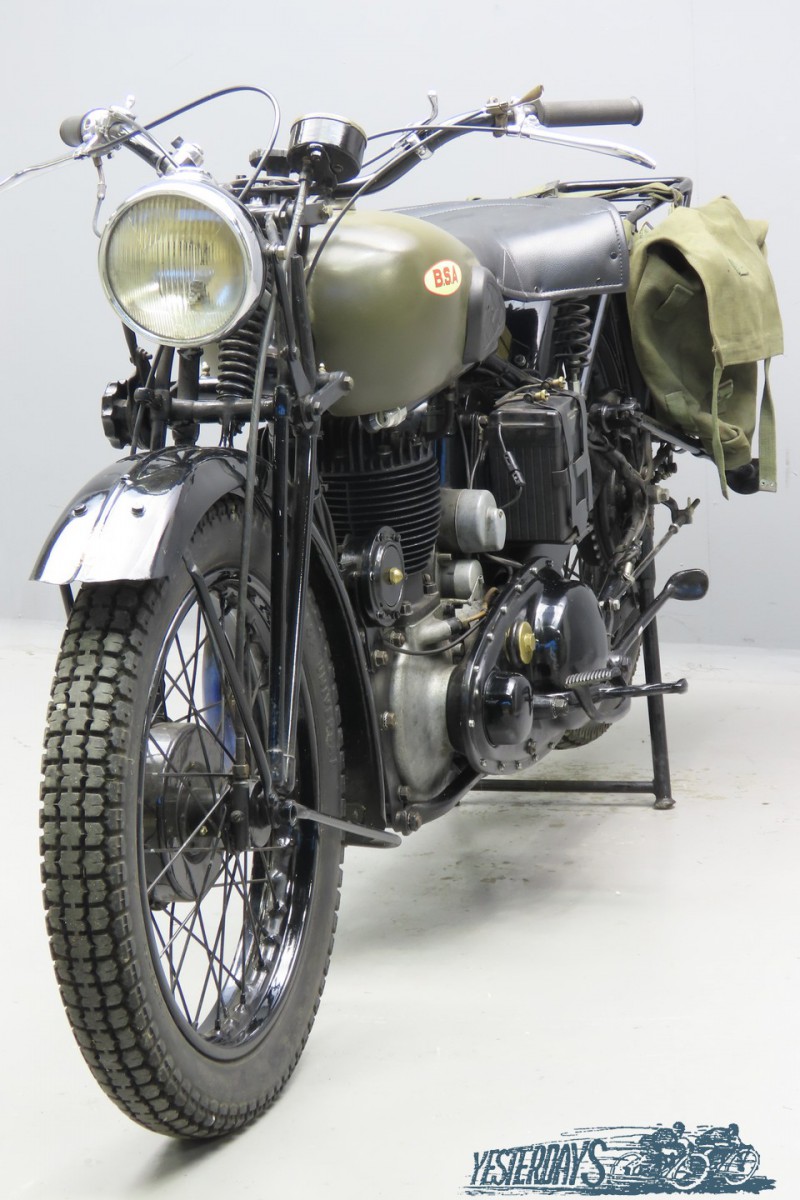 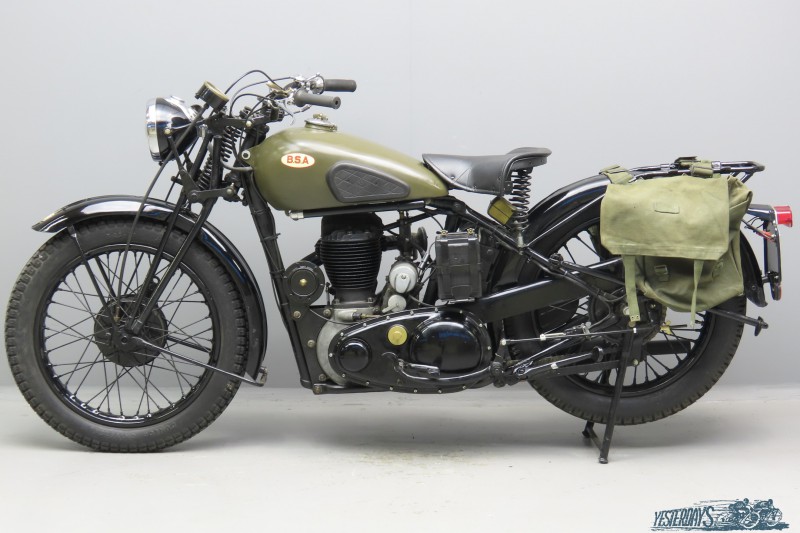 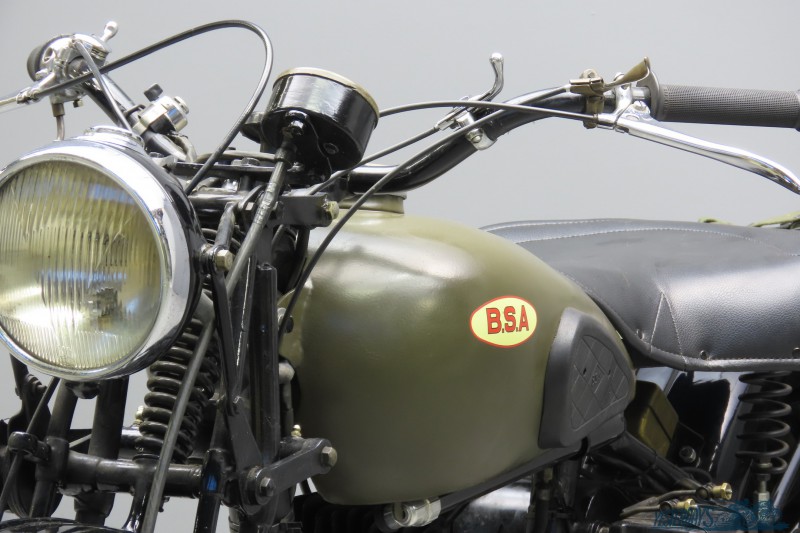 The M20 was introduced for the 1937 range which consisted of no less than a dozen brand new models.
Chief designer of the range was Star Designer Valentine Page, who had earned fame for his designs with JAP and Ariel before.
Page reshaped the complicated system of machine types that had become confusingly diverse over the years.
The 150 cc machine was dropped and all 250 cc and 350 cc models were catalogued in the “B” group, while all the other singles above 350 cc came into the “M” group.
The V-twins formed the third group.
So now the whole range was divided into only three groups.
That is to say, the 750 cc v-twin was labeled the Y 13 and the 1000cc twin the G 14 and to make sure it would not become too transparent for the customers there was one 350 cc model that fell in the “M” group, the 350 cc OHV De Luxe M 19.
Page replaced the forged backbone frame system with a fully brazed-up frame with one top tube.
The crankcase sump was discontinued and the magdyno became rearward-mounted again.
The new BSAs had dry sump lubrication with a worm-driven double gear pump in the base of the crankcase.
The side valve cylinders had a passage between the chest and the barrel so that a cooling draught could pass.
The M20 was to become a long-lived firm favourite. It had a modest power output of 13 bhp@4,200 rpm but it was simply and massively constructed.
Although it was never specifically designed as a military model, more than 100,000 were supplied to the army in the second world war.
The M20 stayed in army service till late in the fifties and has a healthy spares situation.
Excellent information about this iconic machine can be found on www.wdbsa.nl .
This road-registered M20 is in tidy condition and comes with jiffy stand & field stand, Smiths speedometer, tyre pump and canvas pannier bags.