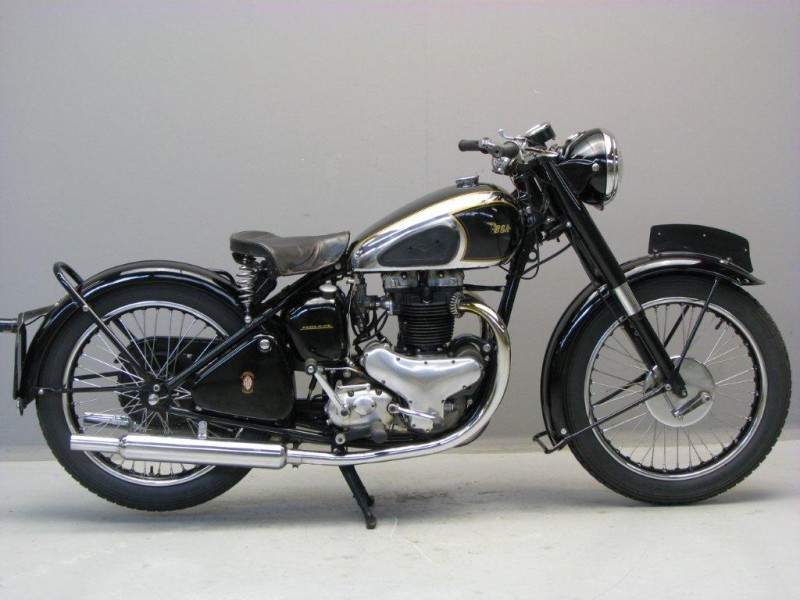 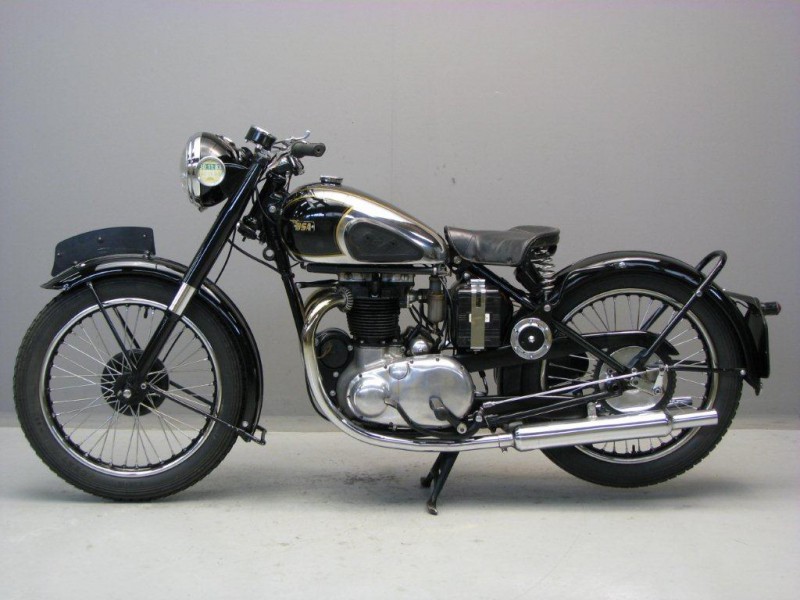 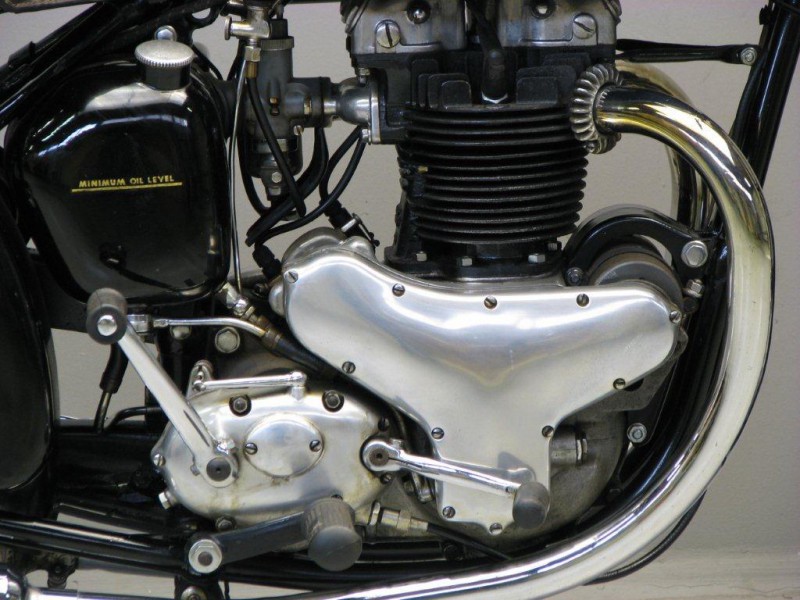 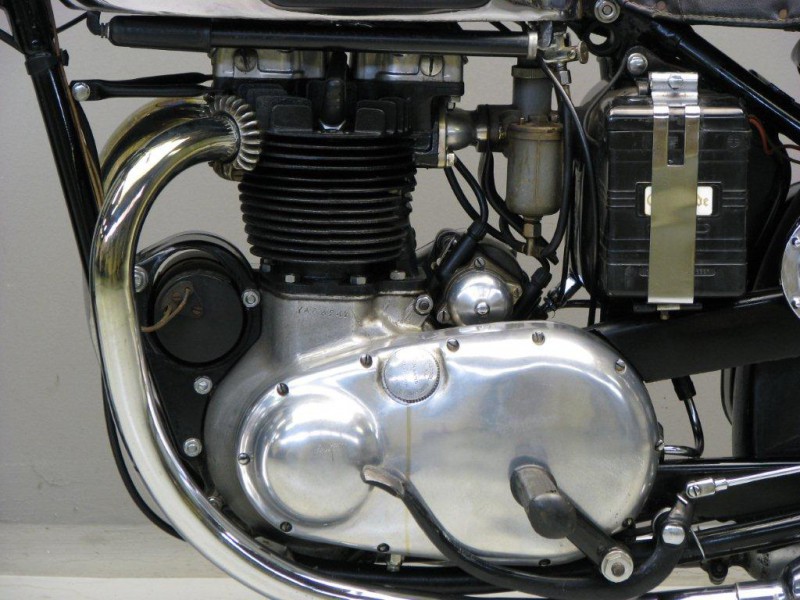 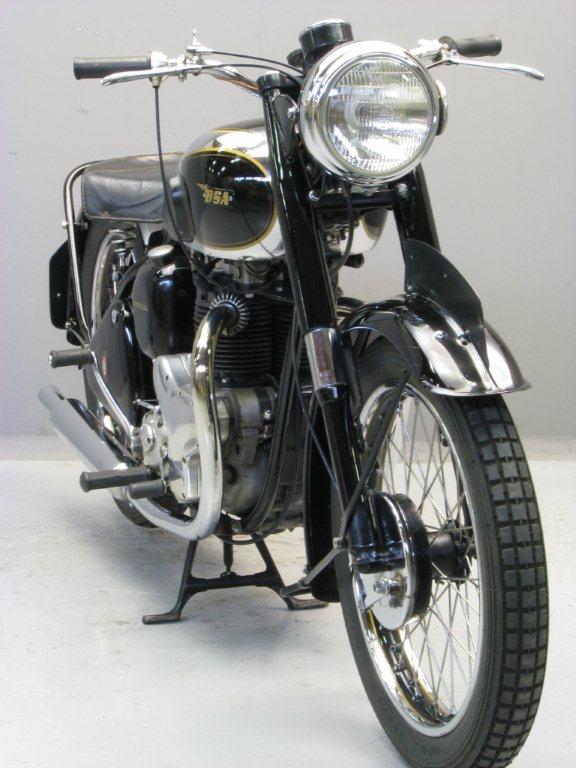 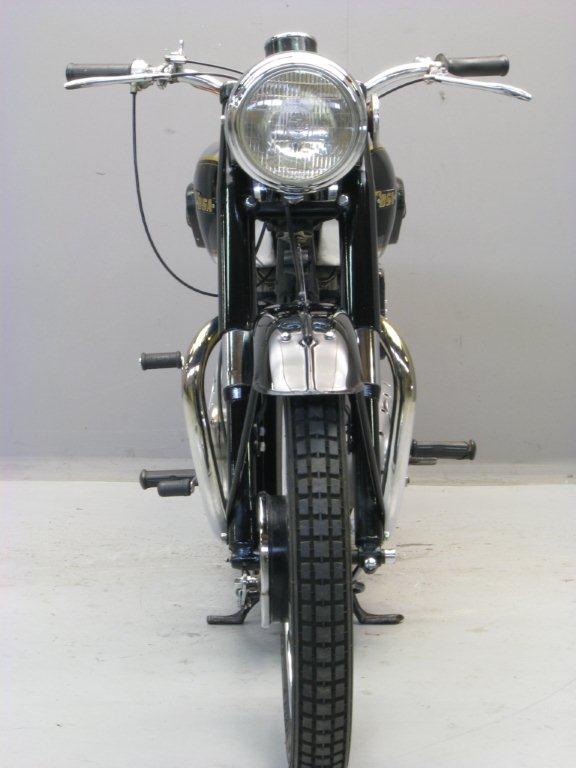 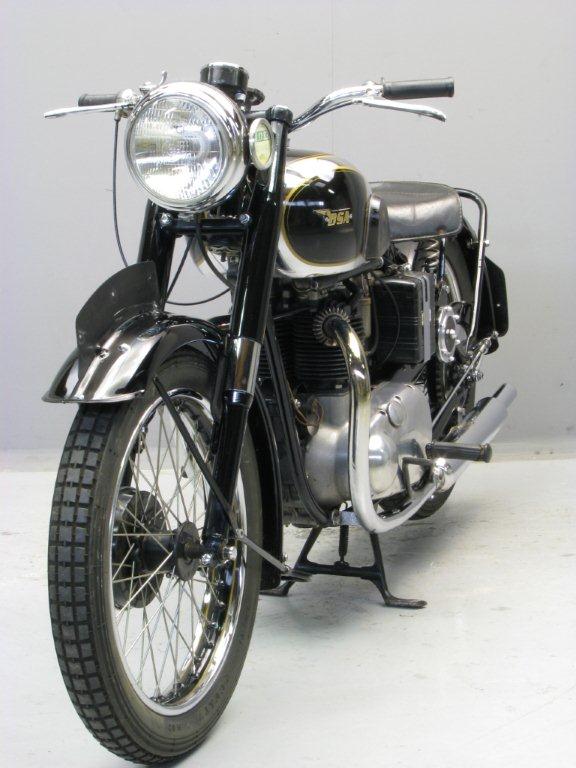 Designed by Val Page, Herbert Parker and David Munro, the BSA A7 was the first of the BSA twin-cylinder motorcycles and
was ready for launch in 1939, but the outbreak of World War II delayed the launch until September 1946 when hostilities ended.
The very first A7 off the production line was flown to Paris for the first motorcycle show after the end of the war.
There was huge demand for affordable transport after the war and the simplicity of the A7 twin was helped along by the slogan
‘It’s time YOU had a BSA!’.
The 495cc twin cylinder engine produced 26bhp and was capable of 85mph.
A single camshaft behind the cylinders operated the valves via long pushrods passing through a tunnel in the cast iron block.
Most motorcycles of this period tensioned the primary chain by drawing or rotating the gearbox backwards on a hinge with threaded rods, this was known as pre-unit construction.
The first A7 featured a fixed gearbox, bolted to the back of the crankcase, and an internal tensioner for the duplex primary chain.
This gave it the appearance of unit construction and pioneered the system later used in unit-construction engines (e.g. BSA C12/C15, BSA B40, Triumph 3TA and on). However, in 1954 a re-design reverted to the older system.
The electrics (as was universal for larger British motorcycles of the period) consisted of two independent systems, the very reliable and self-contained Lucas magneto, with a dynamo generator to charge
the battery and provide lights.
Carburation was a single Amal remote float Type 6 until 1955 when it was upgraded to a 376 Monobloc.
This BSA A7 is a very well running and beautiful restored motorcycle.