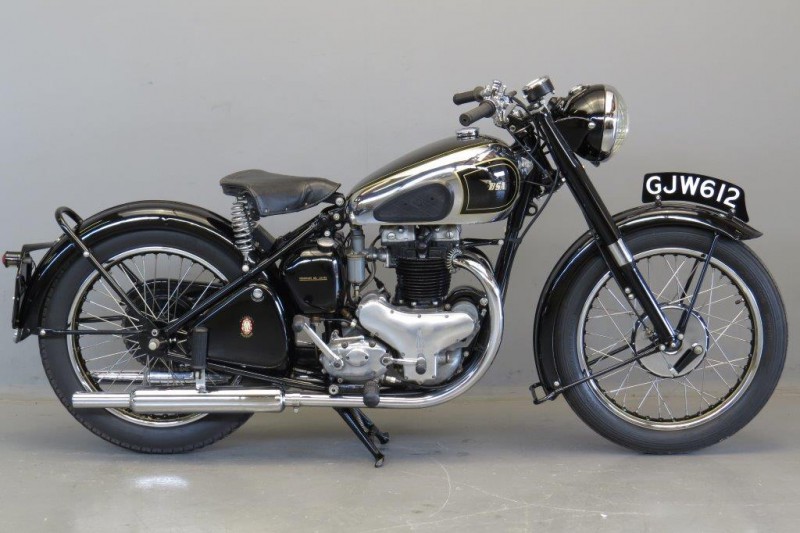 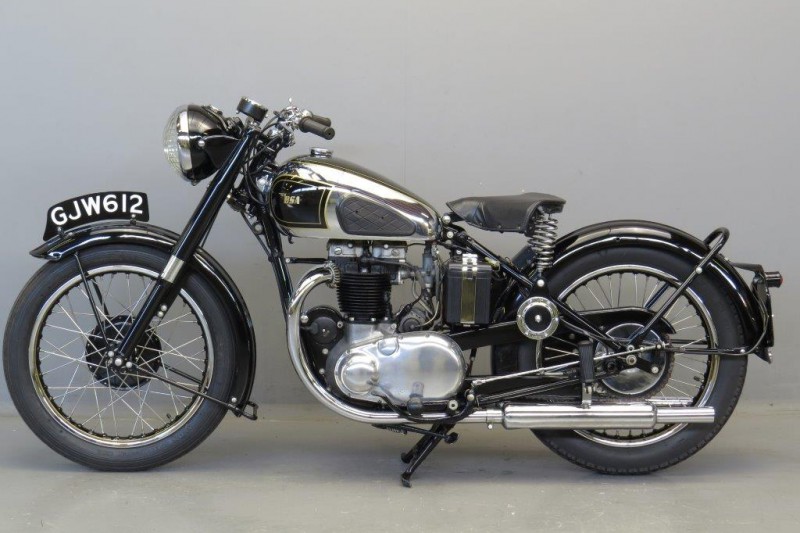 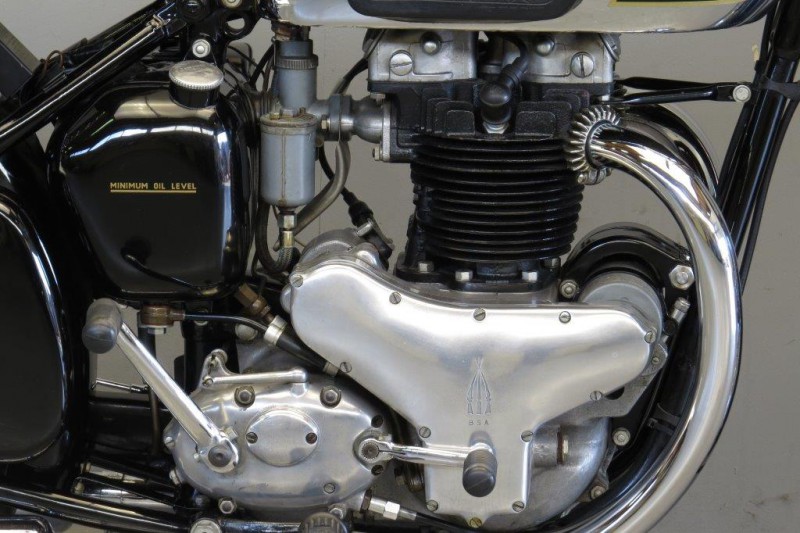 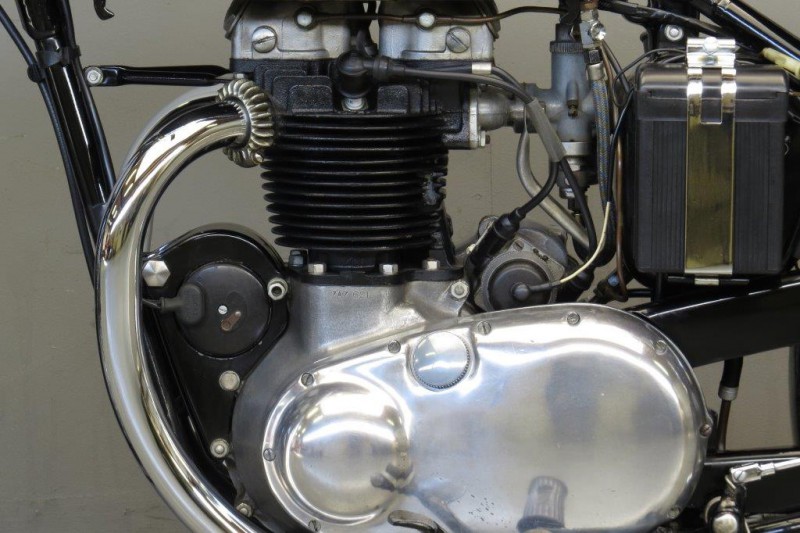 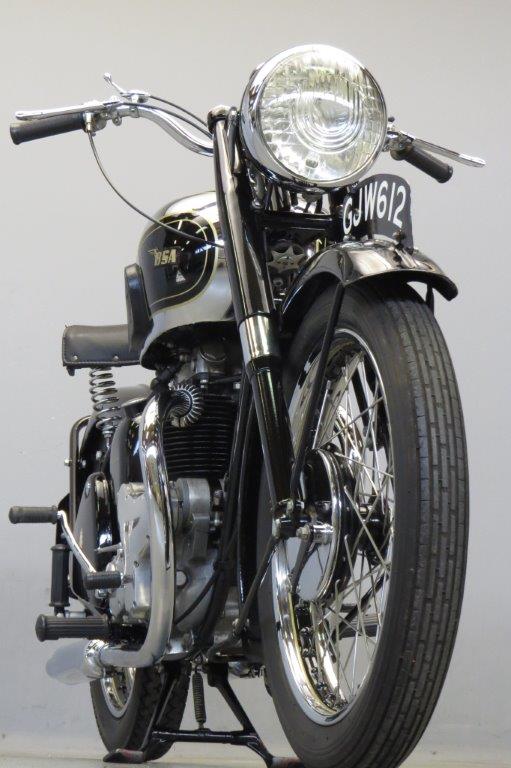 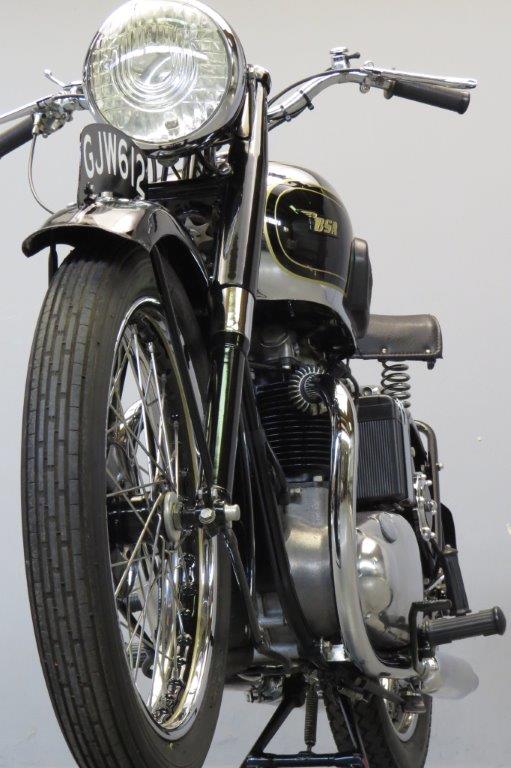 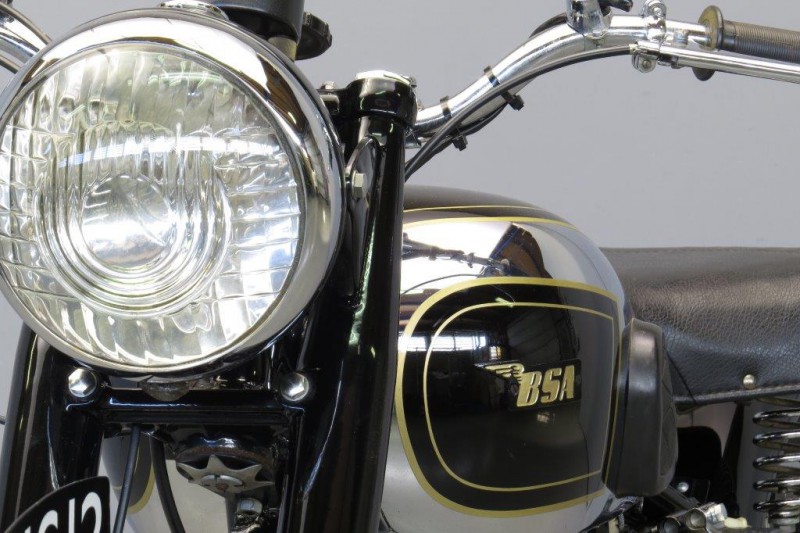 In 1937 Triumph had launched its Speed Twin, that became a great success.
BSA started to develop a vertical twin in the years before the war; this model was to make its appearance in 1940 but by that time BSA got very much involved in the war effort and the launch of new models was postponed.
In September 1946 the new model became available as the A7; it was to be the first of a long line of powerful and reliable parallel twins that carried the Piled Arms trademark.
The A7 has engine dimensions of 62×82 mm and is of semi-unit construction: the gearbox is bolted to the back of the crankcase.
Primary drive is by duplex chain, chain driven dynamo is in front of the cylinder block, gear driven magneto is positioned behind.
Early models have a rigid, duplex cradle frame.
Plunger rear suspension and swing arms were to replace the rigid end in years to come.
Weight of the machine is 365 pounds, top speed 90 mph.
This A7 is very nicely restored and runs well.