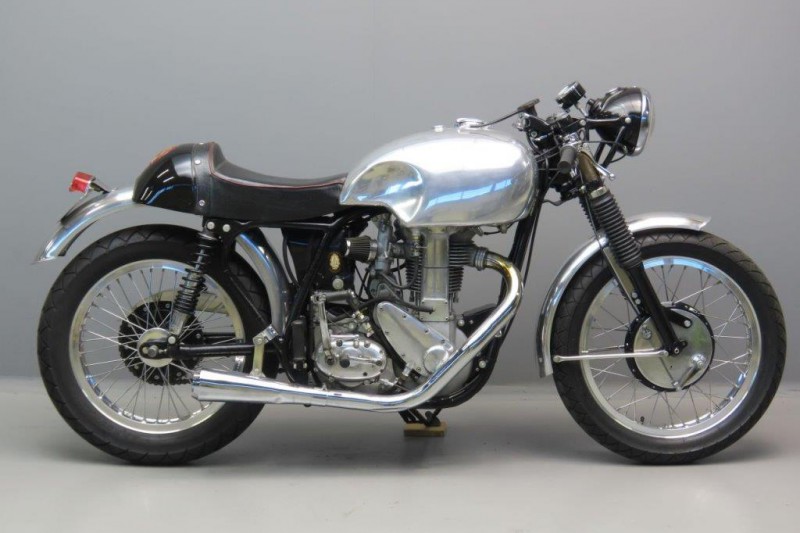 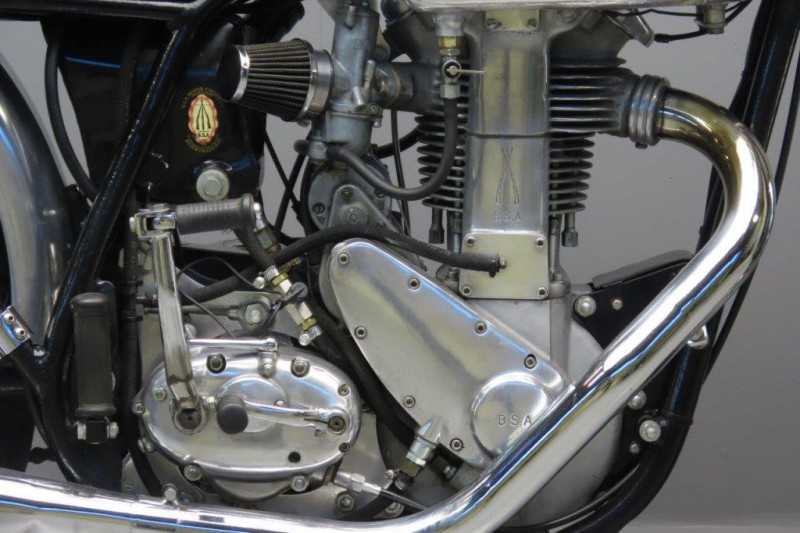 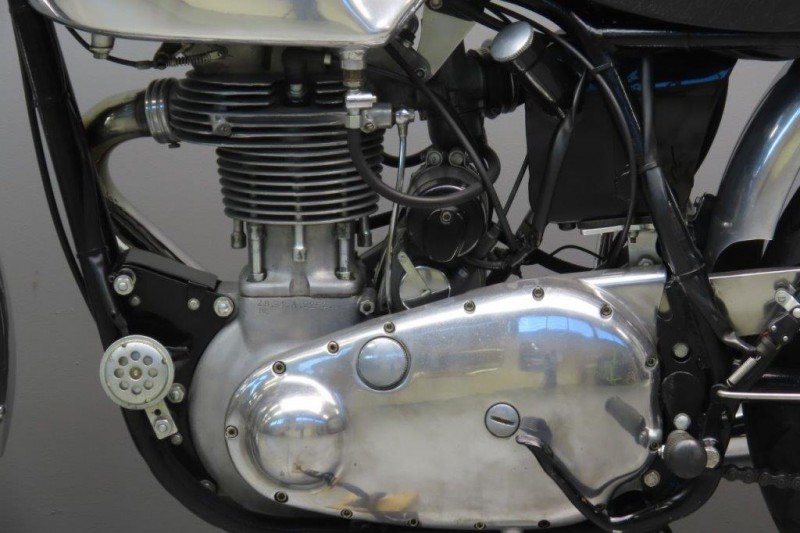 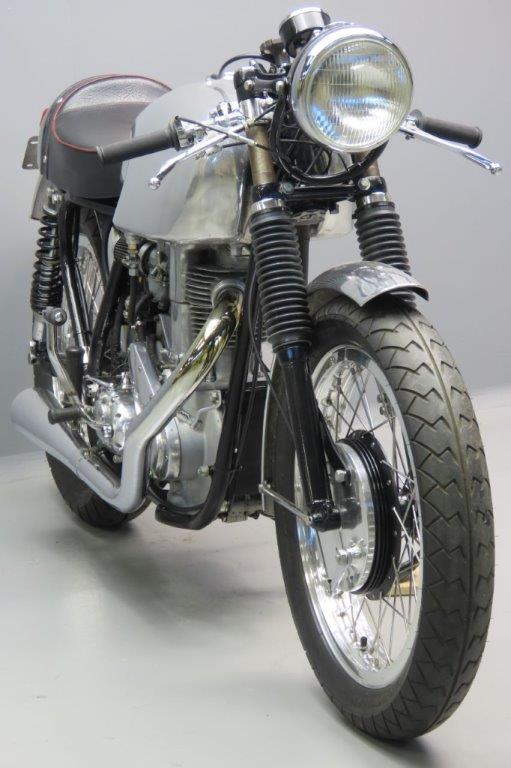 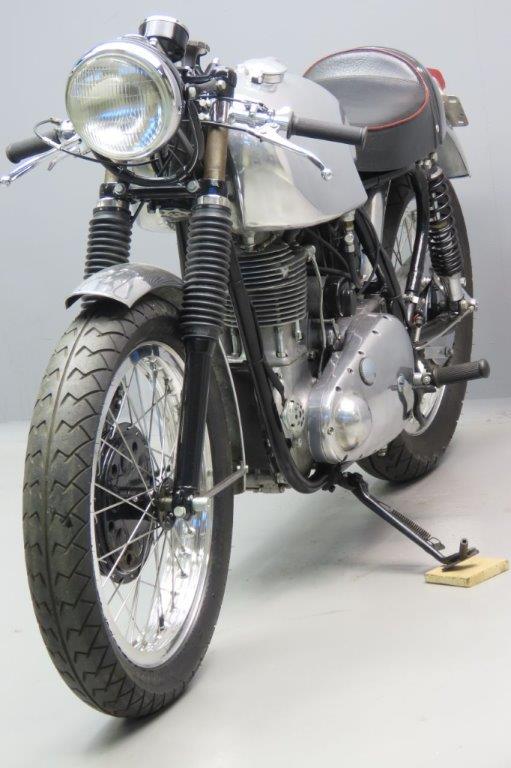 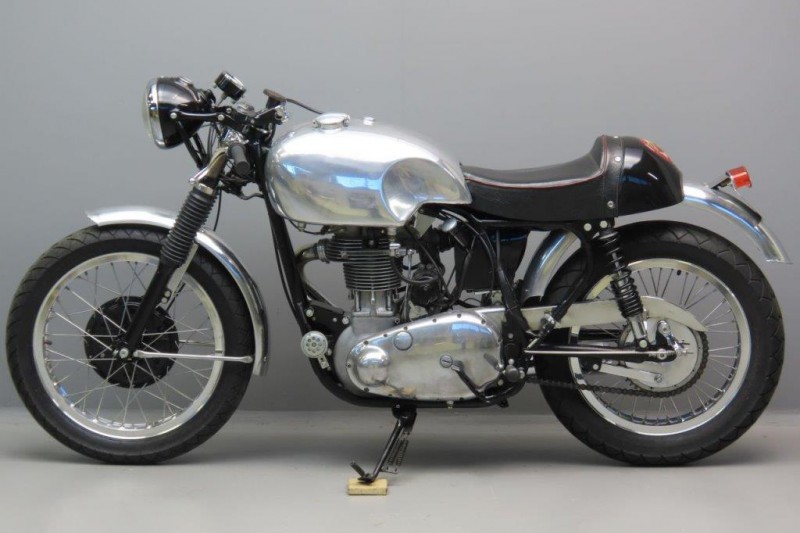 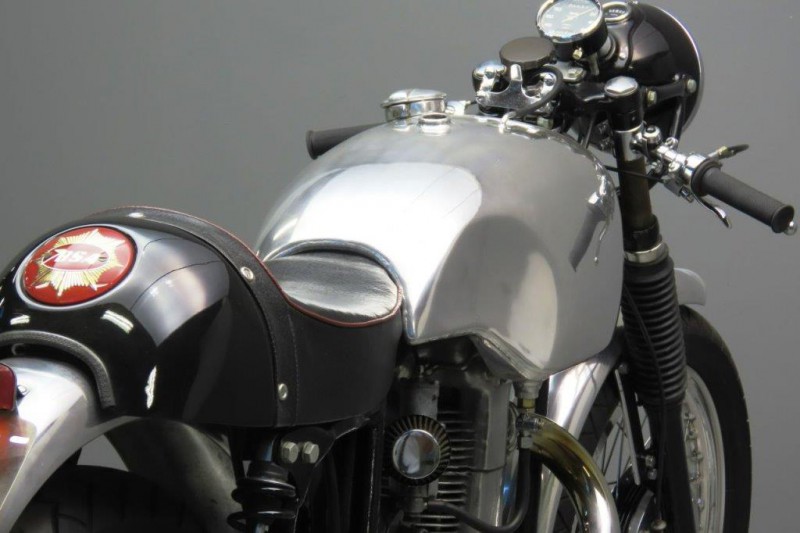 For model year 1939 there were 3 models in the BSA 500 cc ohv class that all had a four speed foot controlled gearbox.
All three had bore/stroke dimensions of 82×94 mm.
The M 22 was meant for both solo and sidecar work, the M 23 Silver Star was a sports machine with specially tuned engine and the M 24 Gold Star was the ultimate sportsman’s dream.
The engines were individually built and bench tested and had an aluminium cylinder and head and Amal TT carburetter.
The Gold Star name was derived from the award won on 30th June 1937 by the great Wall Handley who achieved a 100mph lap of the Brooklands circuit on a specially prepared 500cc Empire Star model.
The super sports Gold Star model would become one of the most successful production racing motorcycles ever and the post-war Gold Star formed the mainstay of clubman’s racing in the 1950s. The Gold Star was available in either 350 or 500cc displacements and outfitted from the factory in various specifications, including touring, trials, scrambles and road racing.
Race-prepped Goldies garnered competition glory in every venue from the ISDT enduro to AMA flat-track racing to outright domination in the Clubmans class at the Isle of Man TT.

The machine on offer was built up by the former owner using the first model GS swingarm frame in which a competition engine was installed.
The engine has been completely rebuilt using GS cams, high-compression piston and big valves.
Magneto, dynamo and gearbox have been refurbished and an Amal Concentric carb takes care of the mixture.
There’s a new speedometer and a Triumph clutch on board and the wheels have been rebuilt using Akront rims, stainless steel spokes and GS hubs.
A new aluminium petrol tank and mudguards complete the machine.
After finishing the engine has done only 1000km and this goodlooking and fast super sports Gold Star comes with current registration.