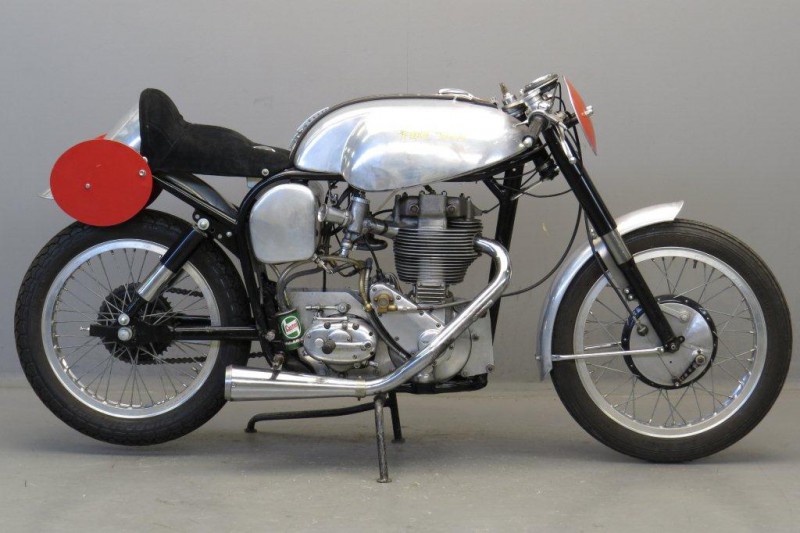 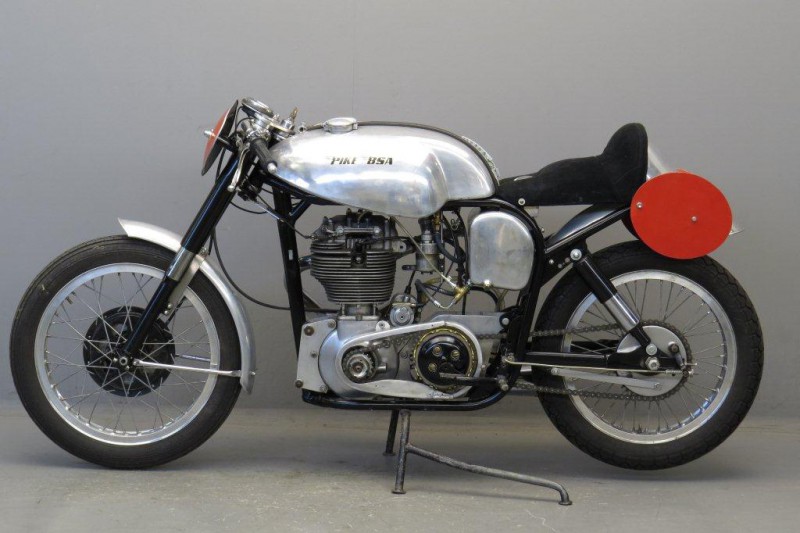 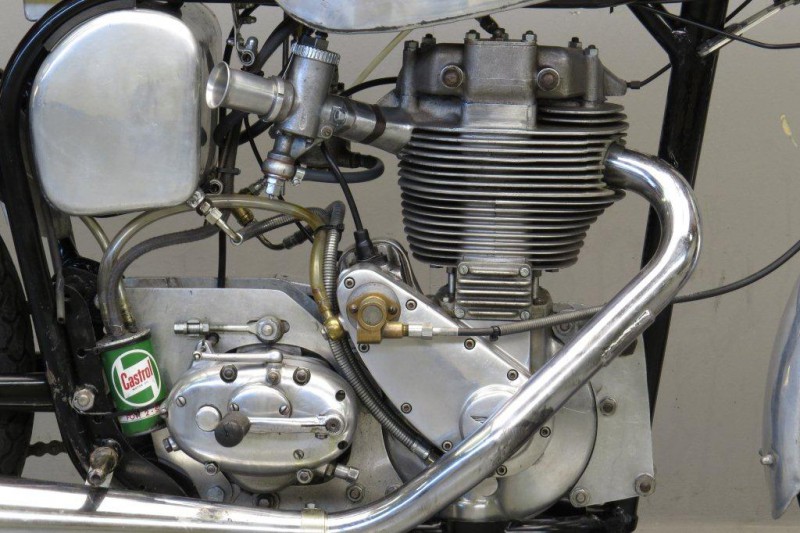 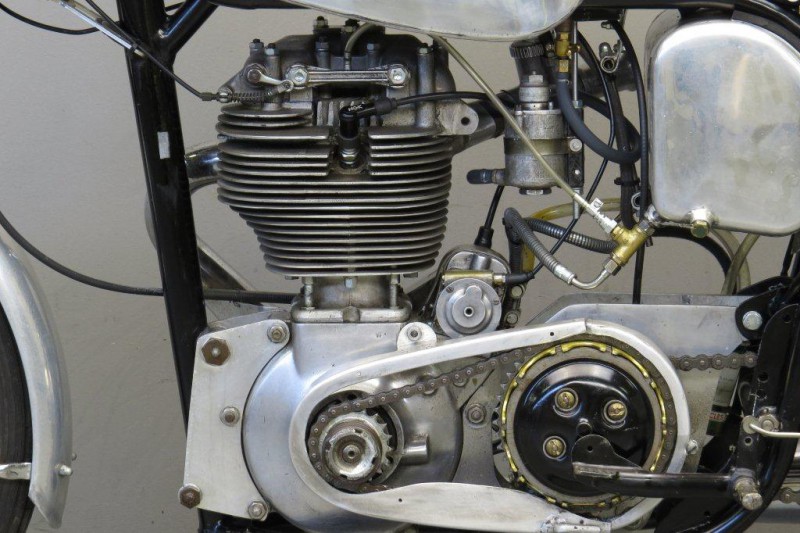 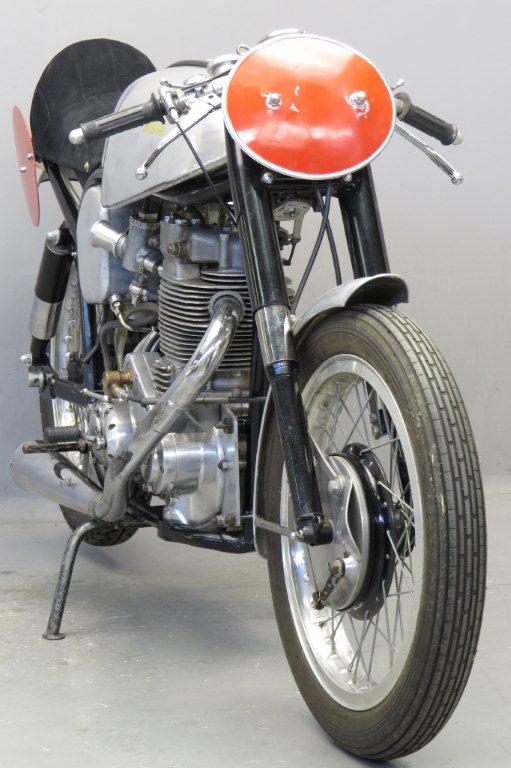 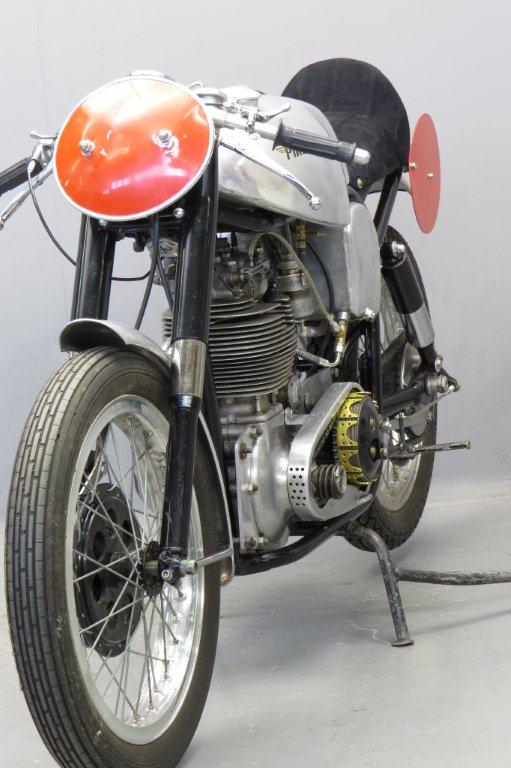 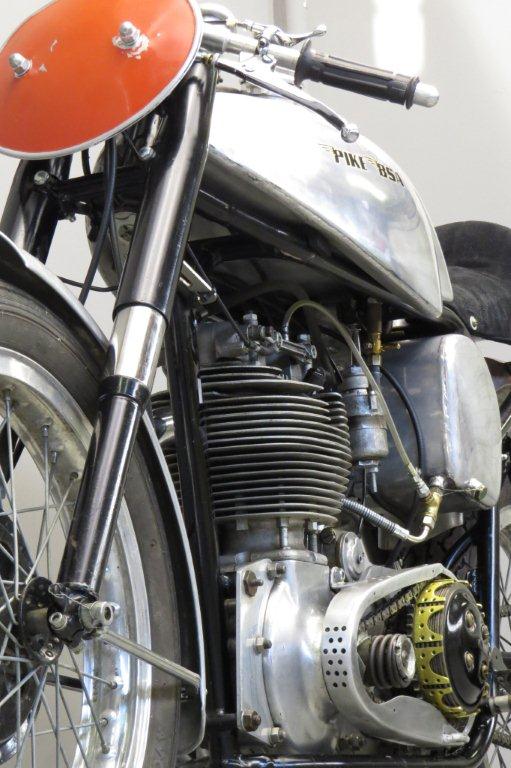 Former BSA development wizard Roland Pike built two of these frames for the 1952 I.O.M TT.
One was raced with a 350 Goldstar engine,the second bike was raced with different engines on occasion, like an A7 Star Twin with aluminum barrel and head.
Roland Pike was a well-known road racer between 1936 and 1953. He entered 168 racing events, scored 29 first, 38 second and 13 third places. During his race career he joined the BSA factory where he became head of the development department.
He also was responsible for the machines that brought BSA the succes at Daytona in 1954.( 5 BSA's within the first 6 finishers).
Pike started building these frames at home,but late 1951 he was offered a job at BSA as head of the development department, and was allowed to finish the bikes at the factory.
The frames look a bit like Norton's featherbed but where the featherbed uses twin front-down tubes,this frame has a thick single tapered tube. The rear suspension is of the swing arm type and is also made of tapered tube.
The frame is stamped RHP4, Roland Hames Pike’s initials.
The engine isn't stamped at all, although there is a number recorded in the 1952 logbook which is still with the bike.
The 1952 registrationnumber is OS8496.
This  machine competed in the Isle of Man TT in 1952 (rider: Roland Pike nr 31) and in 1954 ( Dennis Lashmar nr 82)
The 350 Belgium GP 1954 with Dennis Lashmar nr 54.
The 350 Dutch TT Assen 1954 Denis Lashmar nr 69
The 350 German GP 1954 Dennis Lashmar
Both the TT machines came into the hands of Dennis Lashmar who used the machines for Grand Prix racing in 1954.
Dennis sadly lost his life during the German GP that year riding the Pike-BSA.
This very well restored Pike-BSA has earned its place in the British Motorcycle racing history.
A more comprehensive description of Pike and this Pike-BSA is available upon request.