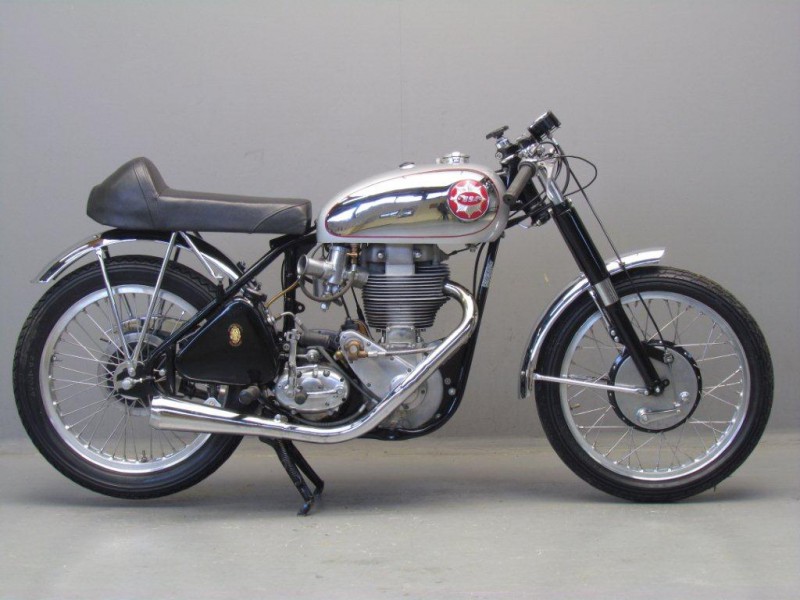 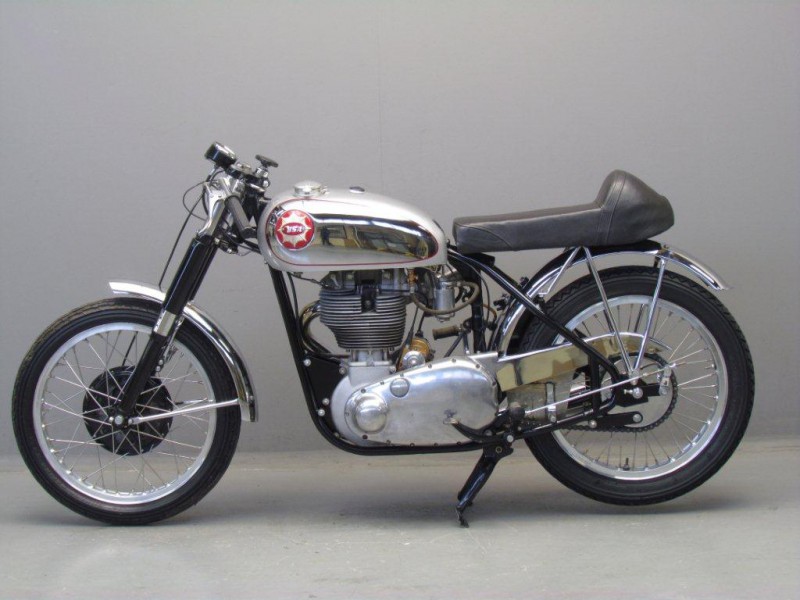 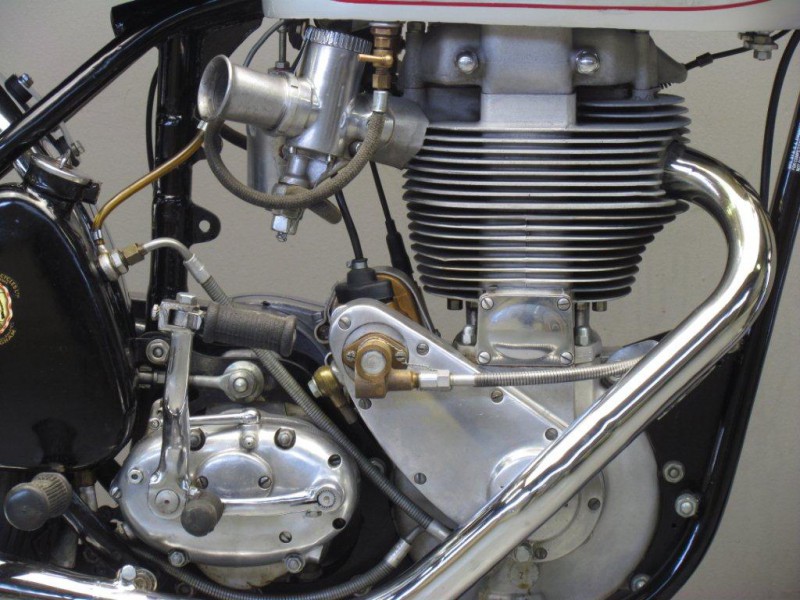 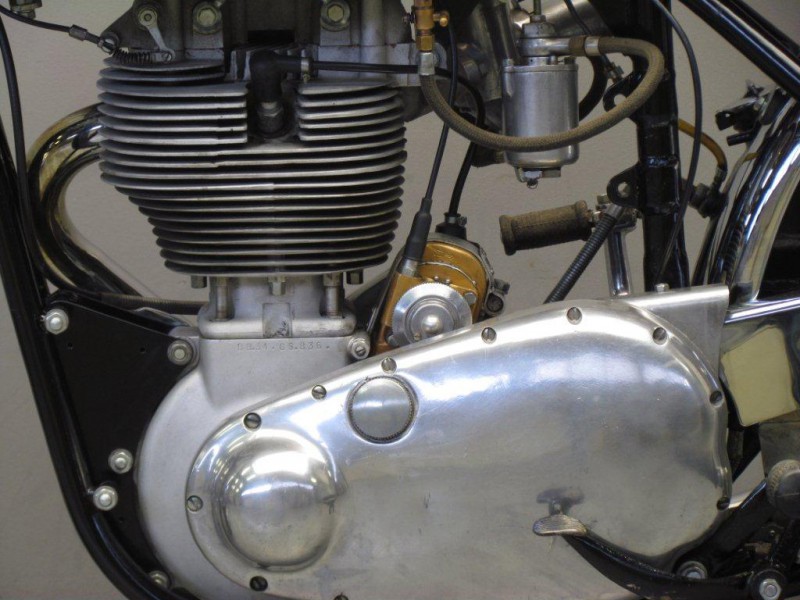 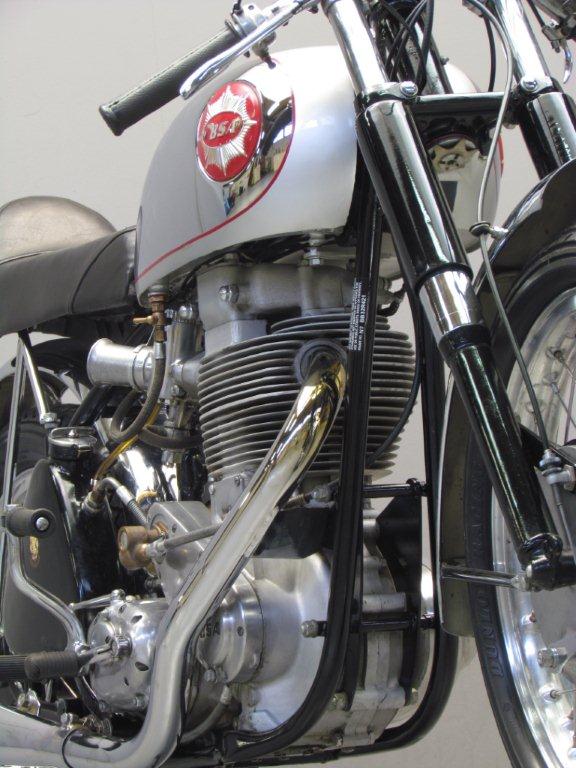 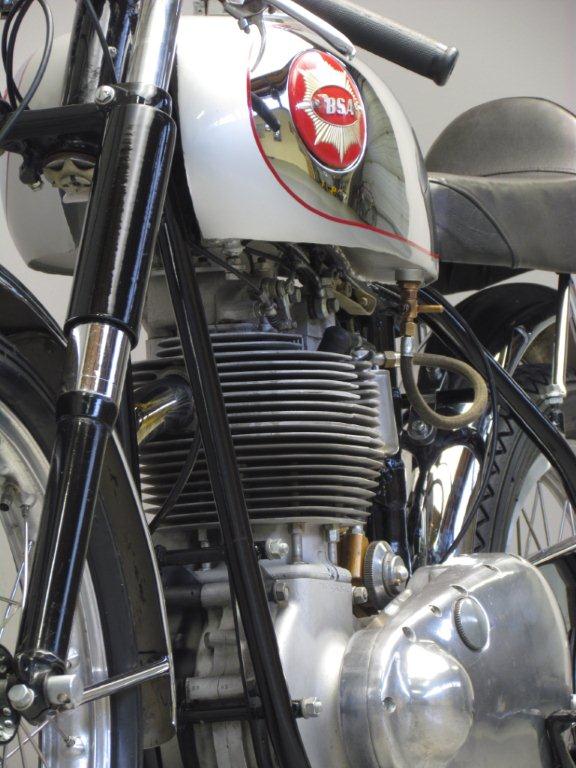 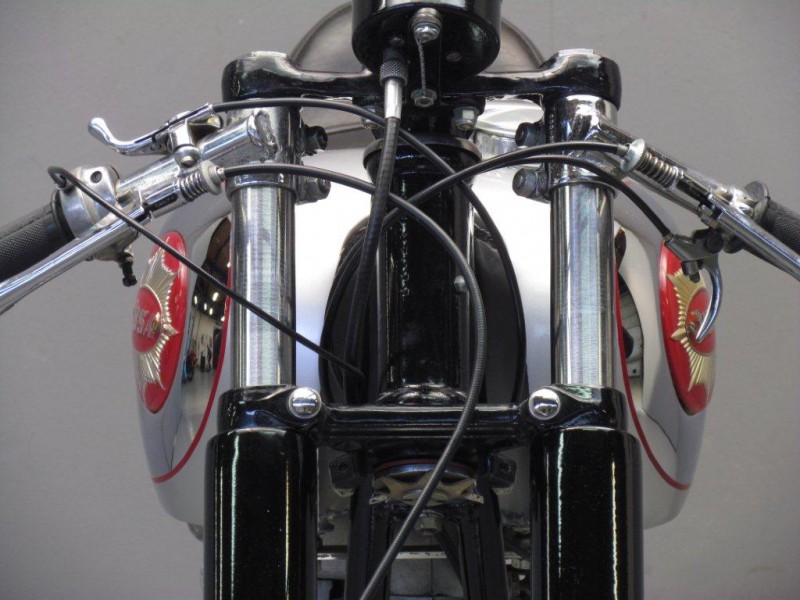 Some experts consider the Gold Star to be the best bike ever built by BSA. BSA announced the Gold Star at the end of 1948 ready for the 1949 season.
Intended as sporting machine capable of competing in virtually all disciplines it was supported by a range of options that enabled the owner to tailor it to their needs.
We are talking about a motorcycle produced over the course of a quarter century, from 1938 through 1963.
In 350cc and 500cc configurations, the Gold Star earned its popularity and status as one of the fastest production motorcycles of the 1950s. Each one was hand-built, and especially for the Daytona 200, dirt track and general road racing a special rigid frame was available.
Some 300 frame’s were made ,a few for the factory trail bikes and most of them for the dirt track sport in de US and only a handful in the Daytona trim, as shown here.
The Gold Star could be said to offer a total sensory experience.
The noise, the smell, the feel of the power delivery, in conjunction with good brakes – these explain the enduring appeal of the Gold Star, which was probably also the best bike from the greatest British factory.
To improve US sales, in 1954, for example, BSA entered a team of riders in the 200 miles Daytona Beach Race with a mixture of single cylinder Gold Stars and twin cylinder Shooting Stars.
The BSA team riders took first, second, third, fourth, and fifth places with two more riders finishing at 8th and 16th.
This was the first case of a one brand sweep..
This BSA DB34 Gold Star Daytona is a beautiful restored and race ready, rigid frame 500cc racing bike, which competed in the hand of some skilled drivers in many club class races.
Be ready for the next season…
Capacity 499cc
Bore / stroke 85 x 88
Compression 9:1
Power 42bhp @ 7000rpm
Carb Amal GP
Ignition Lucas magneto
Tele forks front suspension, rigid rear frame
Brakes 8-inch front, 7-inch rear and re rims are from Dunlop.