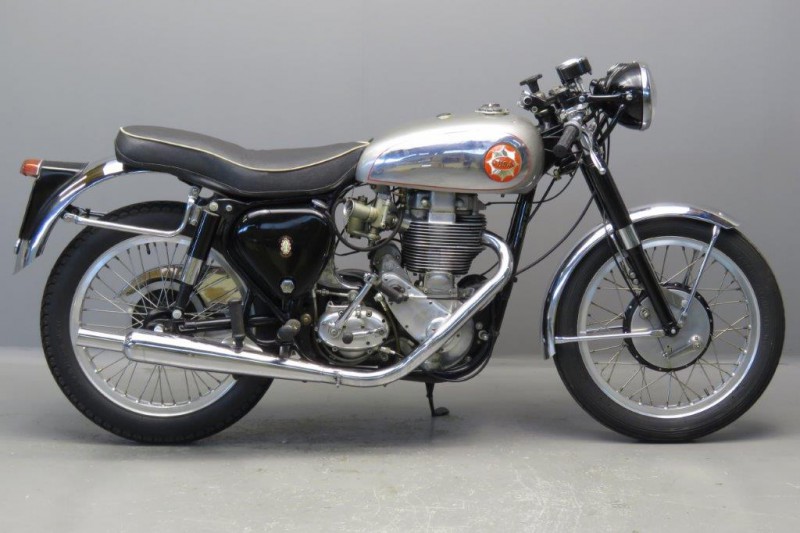 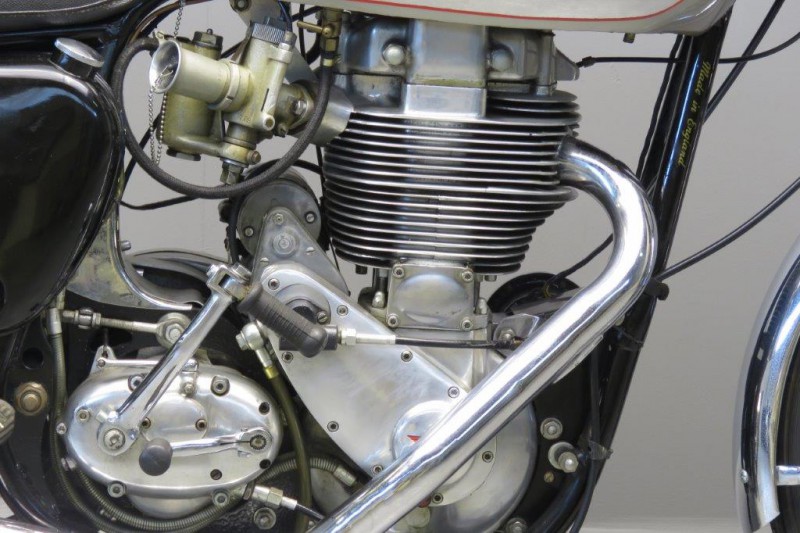 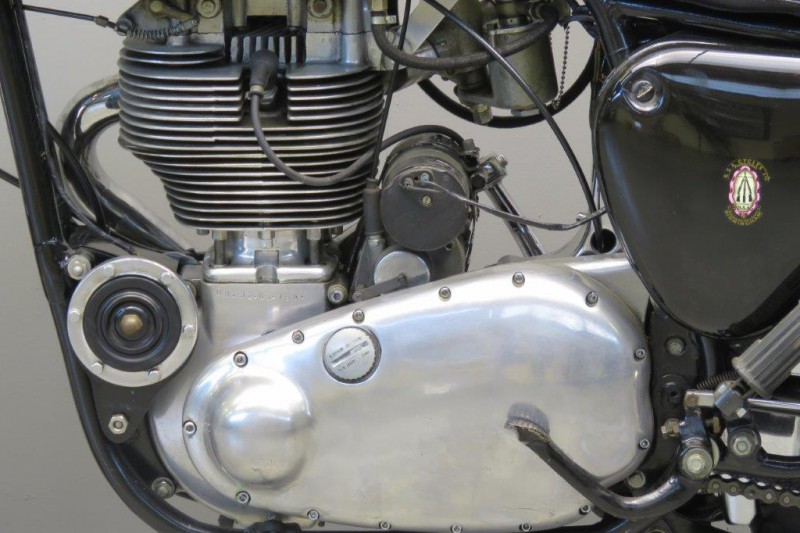 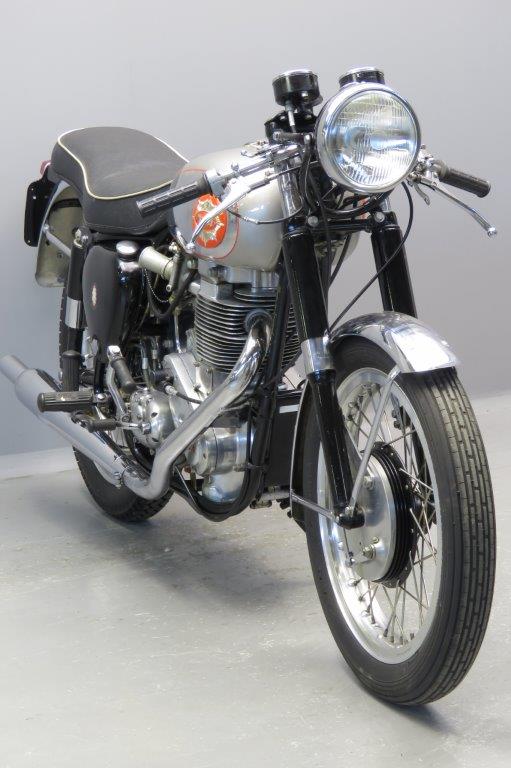 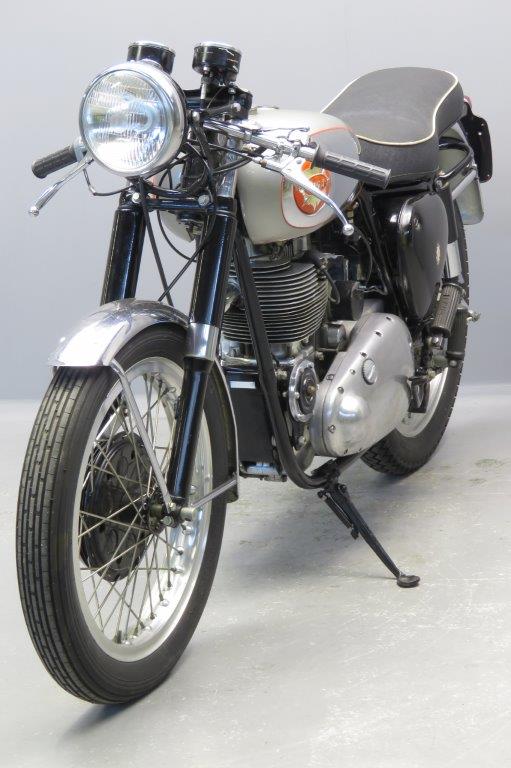 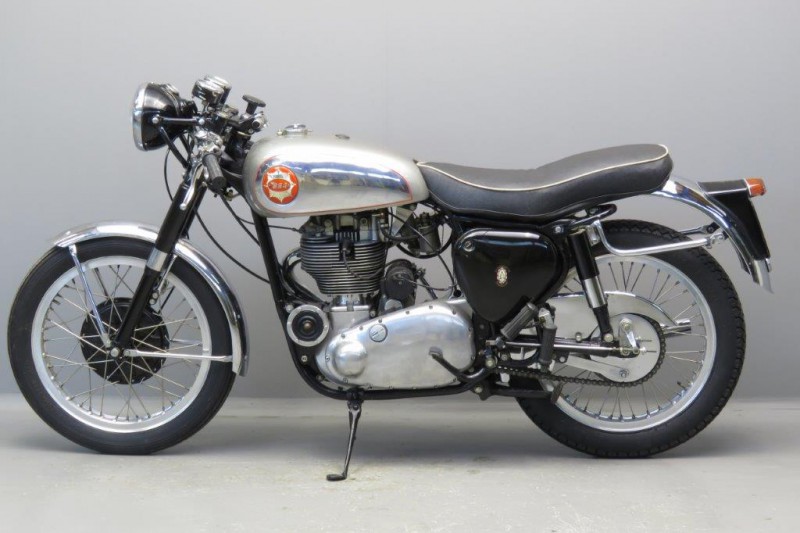 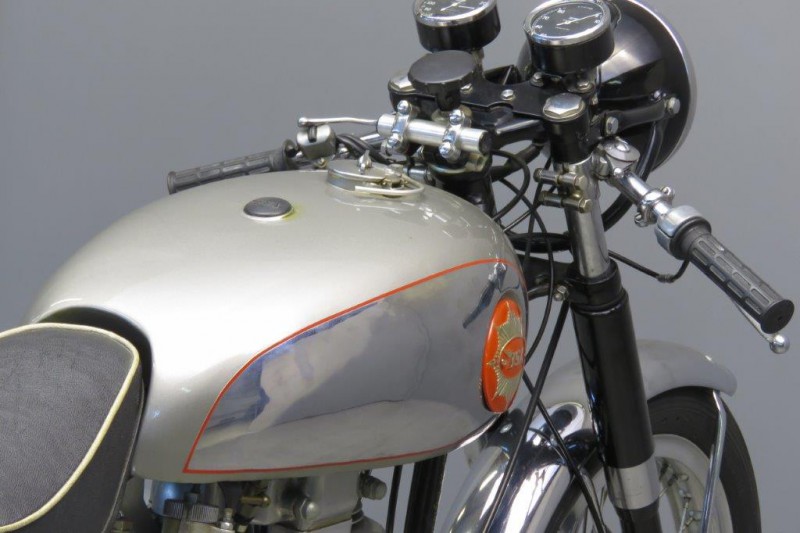 Although first introduced in 1938, the Gold Star did not return to BSA's post-WW2 range until 1949. First displayed at the Earls Court Show in 1948, the 350cc B32 Goldie boasted the telescopic front fork first introduced on BSAs larger models for 1946 and came equipped with a new alloy cylinder barrel and 'head.
For 1950 a 500cc version, the B34, was added to the range and this larger Goldie was the first to switch to the new die-cast top-end, with separate rocker box, in 1951.
The 350 followed suit in 1952 and the pair continued as the 'BB' Gold Stars after the new swinging arm frame was introduced in 1953, changing to 'CB' designation for 1954.
This change marked the introduction of the classic 'big fin' engine top-end but the designation lasted only until the arrival of the 'DB' series in the autumn of 1955.
The 'DB' incorporated a much improved lubrication system and, in the case of the 350 only, a stronger cylinder assembly; as such it represented the 'Junior' Goldie in its final form, there being no 350 equivalent of the final 'DBD' version of the 500.
This 350cc Gold Star, presented in all its glory with clip-ons, rearsets, reversed gear pedal, swept back exhaust and the twittering silencer" is a gorgeous example of one of the most iconic motorcycles of all times.