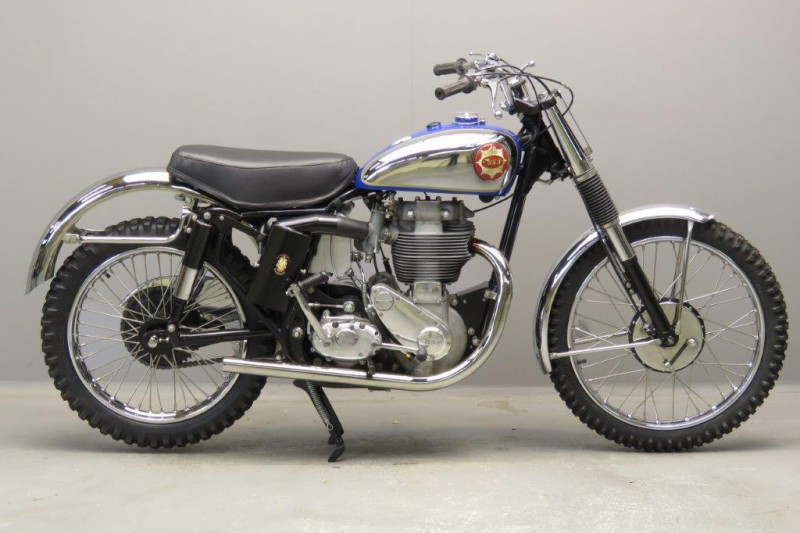 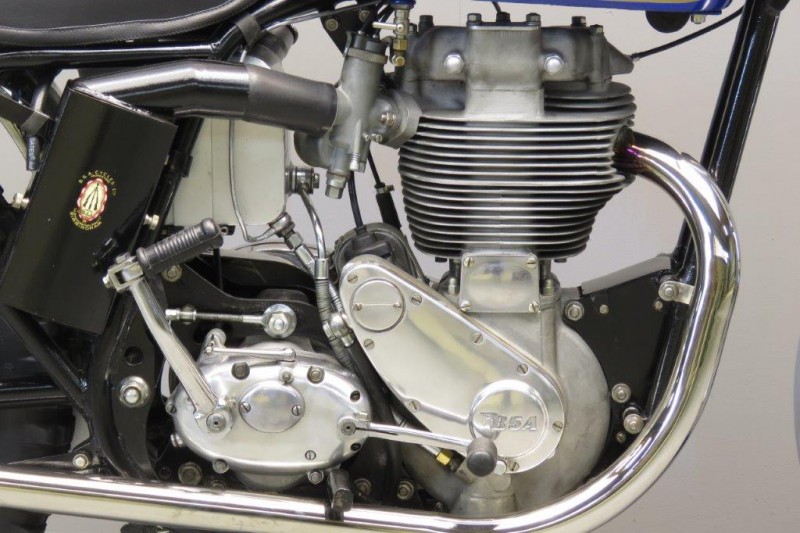 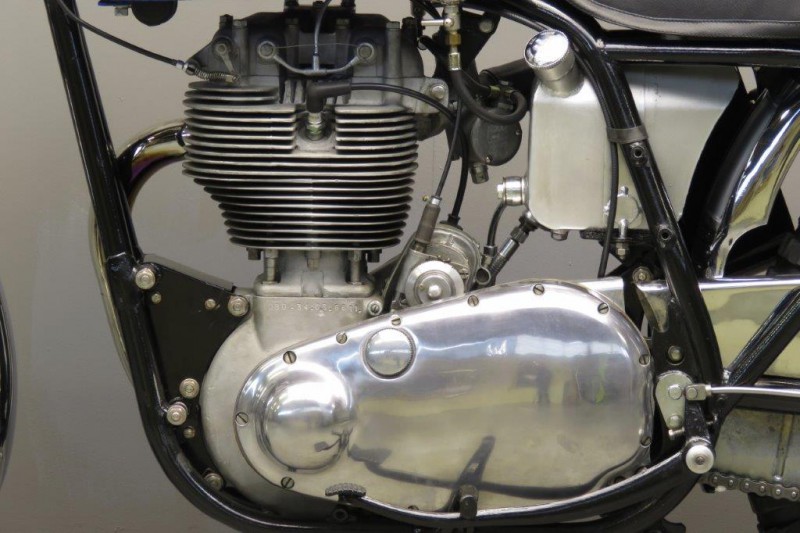 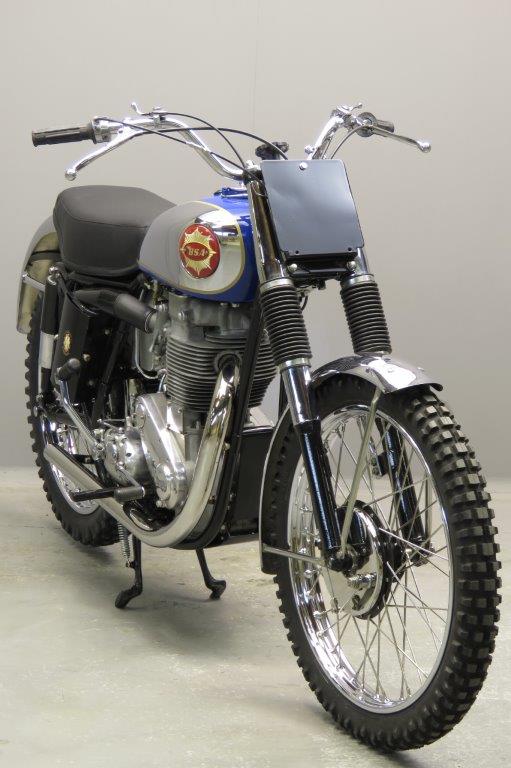 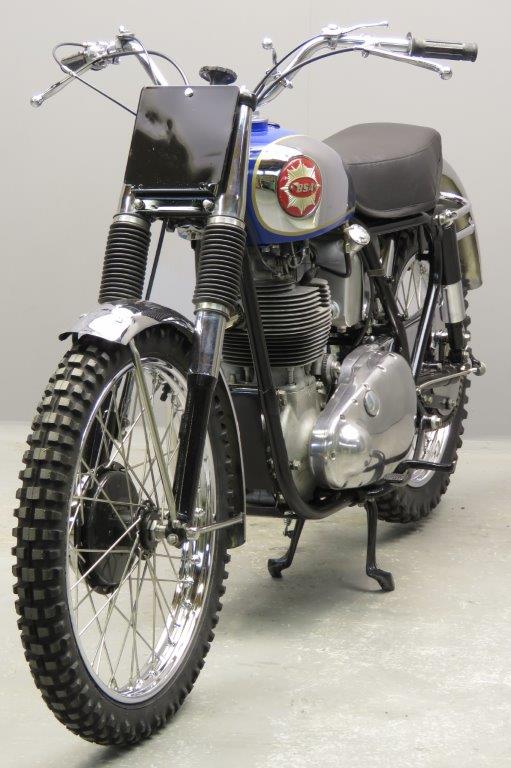 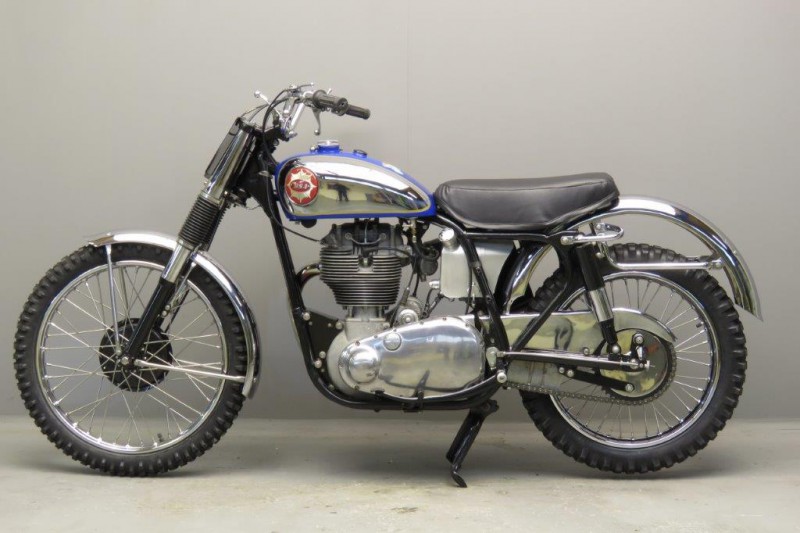 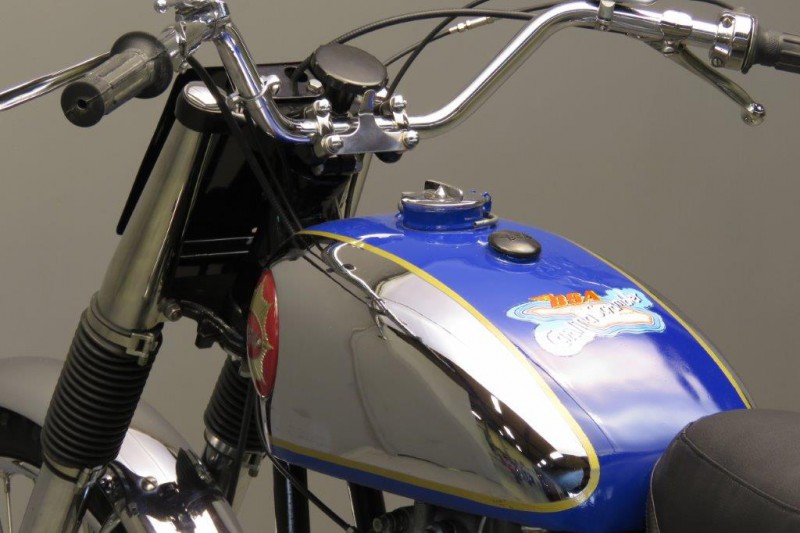 After World War II, post-war U.S. prosperity created a huge market for British bikes and BSA had been a beneficiary. Competition sold bikes, and BSA’s off-road and oval track successes with its 500cc single Gold Star kept the firm in the magazine headlines. One of the most publicized races in the country was the Catalina Grand Prix, run on an island course on Catalina off the coast of Southern California. A Gold Star won the 1952 event,leading to a Catalina Gold Star Scrambler being introduced in 1956. The timing was perfect because BSA won the 1956 event after the model had already been introduced. This was an out-and-out racer with no lights or other road equipment. It has a lightweight frame, high compression piston, and full race cams. The bike offered here is a 1959 model. These bikes were bench jobs and only 675 units were built during the 5 years of production. Most of them went to the US. The paint is in the original Sapphire Blue shade with chrome panels and chrome mud guards,as delivered new. This BSA represents one of the last of the great British factory racers on the eve of the decline of the British motorcycle industry.