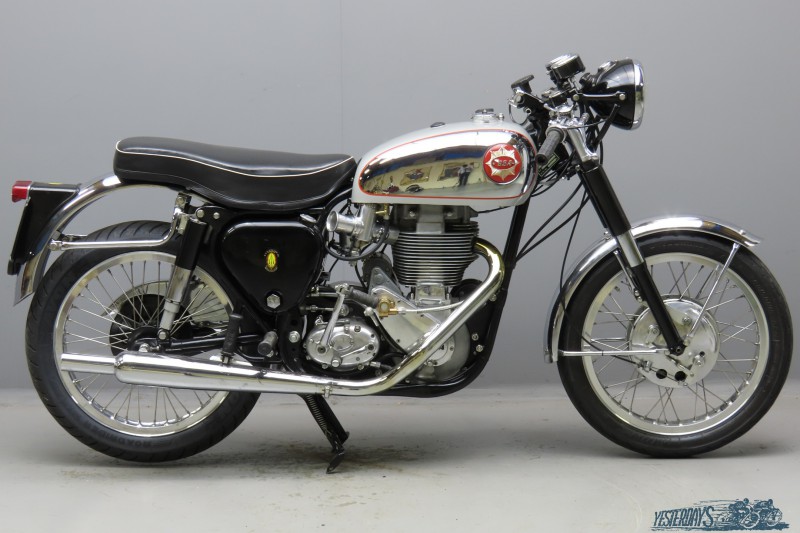 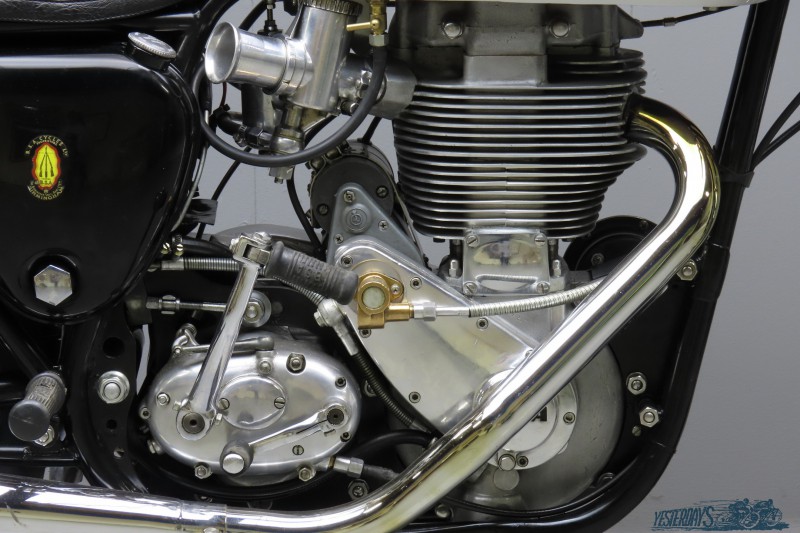 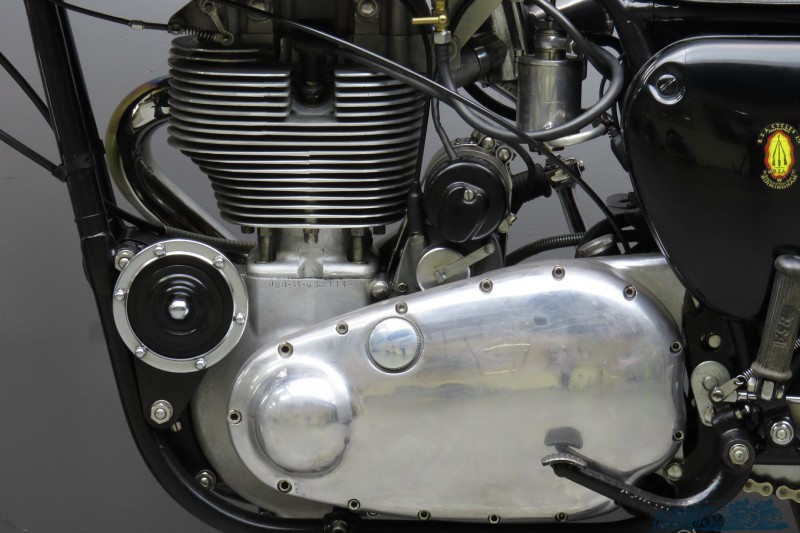 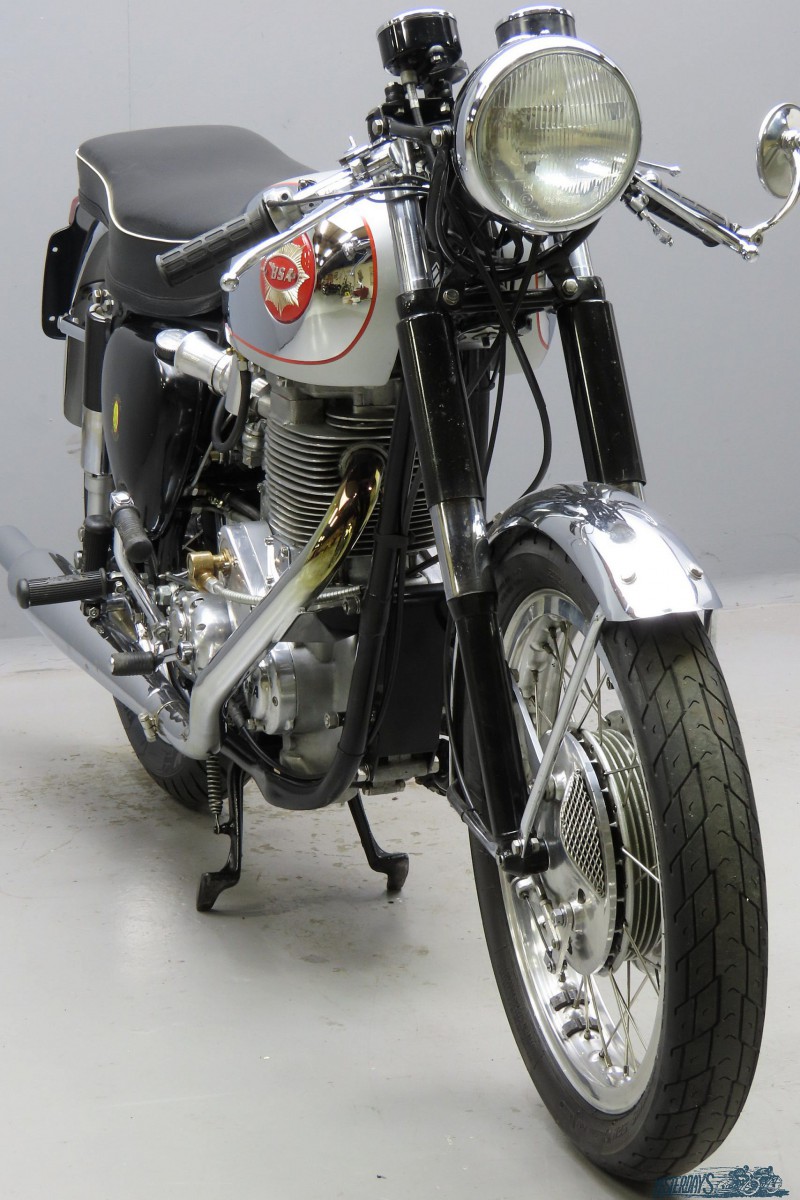 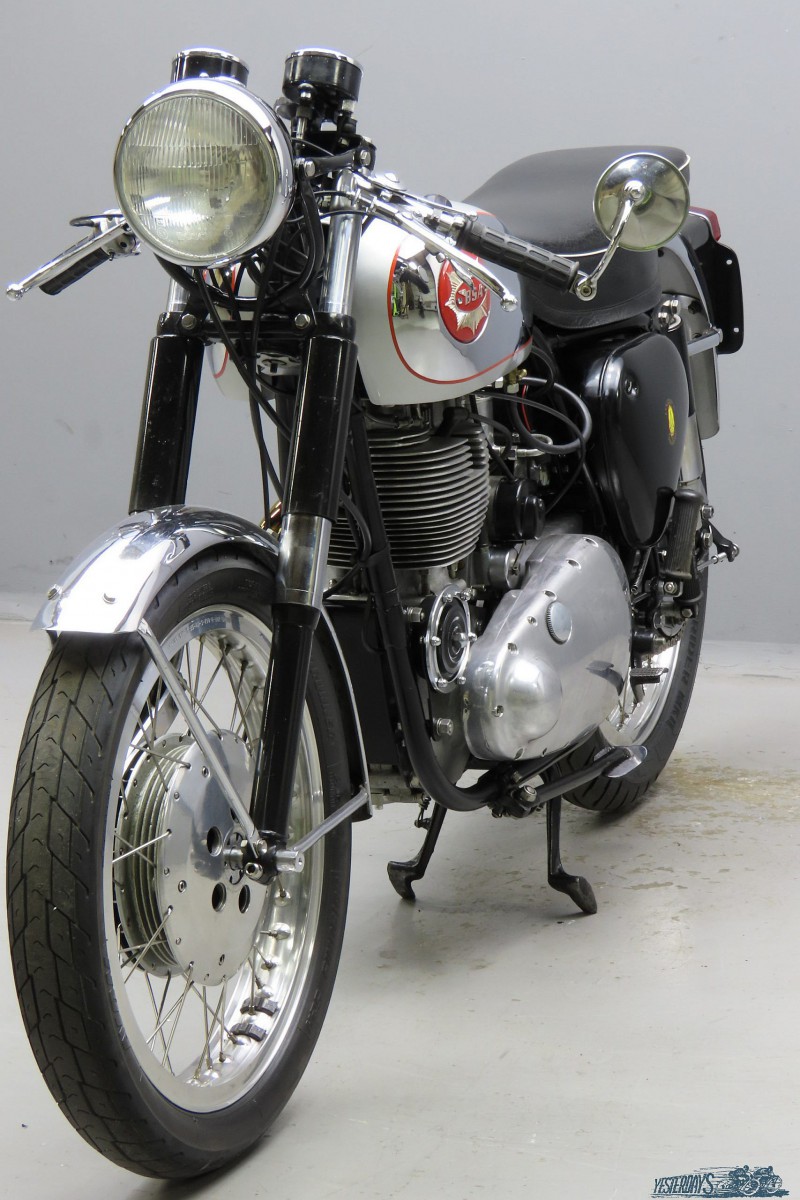 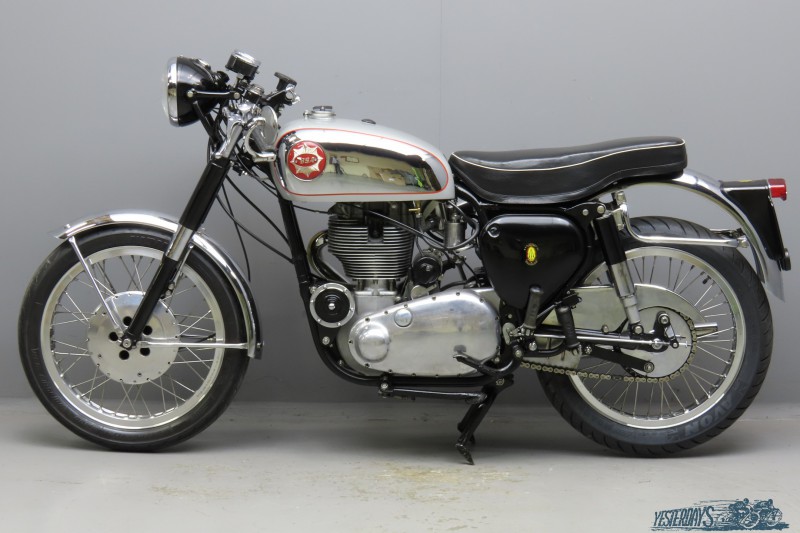 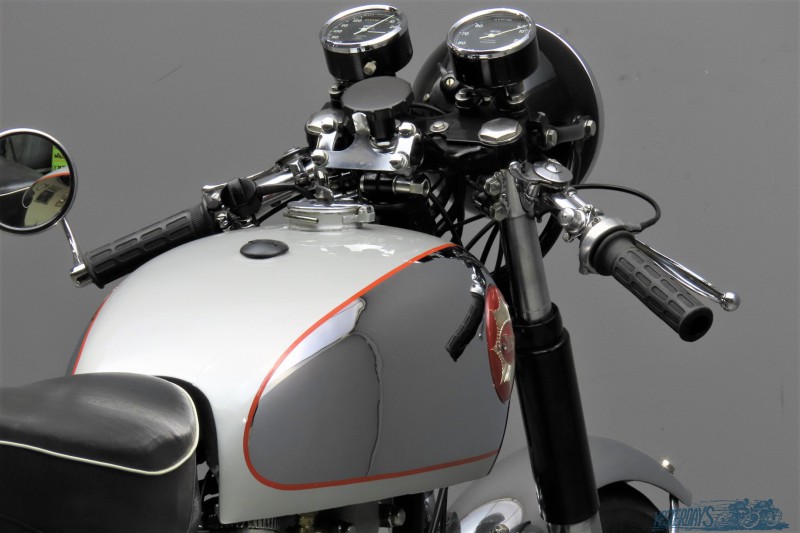 For model year 1939 there were 3 models in the BSA 500cc ohv class that all had a four speed foot controlled gearbox.
All three had bore/stroke dimensions of 82×94 mm. The M 22 was meant for both solo and sidecar work, the M 23 Silver Star was a sports machine with specially tuned engine and the M 24 Gold Star was the ultimate sportsman’s dream.
The engines were individually built and bench tested and had an aluminium cylinder and head and Amal TT carburetter.
The Gold Star name was derived from the award won on 30th June 1937 by the great Wall Handley who achieved a 100mph lap of the Brooklands circuit on a specially prepared 500cc Empire Star model.
The super sports Gold Star model would become one of the most successful production racing motorcycles ever and the post-war Gold Star formed the mainstay of clubman’s racing in the 1950s.

The Gold Star returned as a 350cc model with bore x stroke of 71x88mm to BSA’s post-WW2 range at the end of 1948, when it was displayed at the Earls Court Show.
The B32 Goldie boasted the telescopic front fork first introduced on BSAs larger models for 1946 and came equipped with a new alloy cylinder barrel and head. For 1950 a 500cc version – the B34 – with 85×88 bore x stroke was added to the range and this larger Goldie was the first to switch to the new die-cast top-end, with separate rocker box, in 1951.
The 350 followed suit in 1952 and the pair continued as the ‘BB’ Gold Stars after the new swinging arm frame was introduced in 1953, changing to ‘CB’ designation for 1954.
This change marked the introduction of the classic ‘big fin’ engine top end but the designation lasted only until the arrival of the ‘DB’ series in the autumn of 1955.
The ‘DB’ incorporated a much improved lubrication system and, in the case of the 350 only, a stronger cylinder assembly.
According to the accompanying BSA dating certificate the frame was manufactured in 1959 as a 350cc B32 Gold Star and was delivered to Fowlers Ltd, Bristol on June 12, 1959.
The machine was to Clubmans’specification.
The engine is a B34 Gold Star, despatched to BSA Inc, in the USA on May 16, 1956, also to Clubmans’specification,