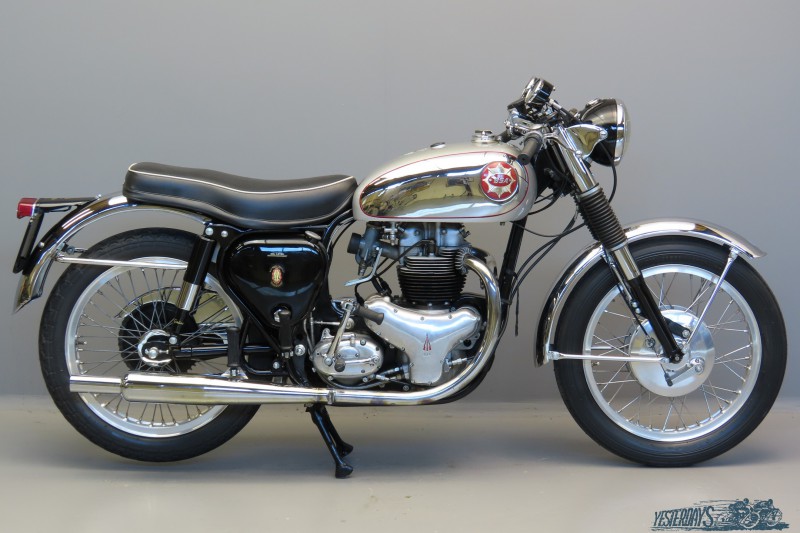 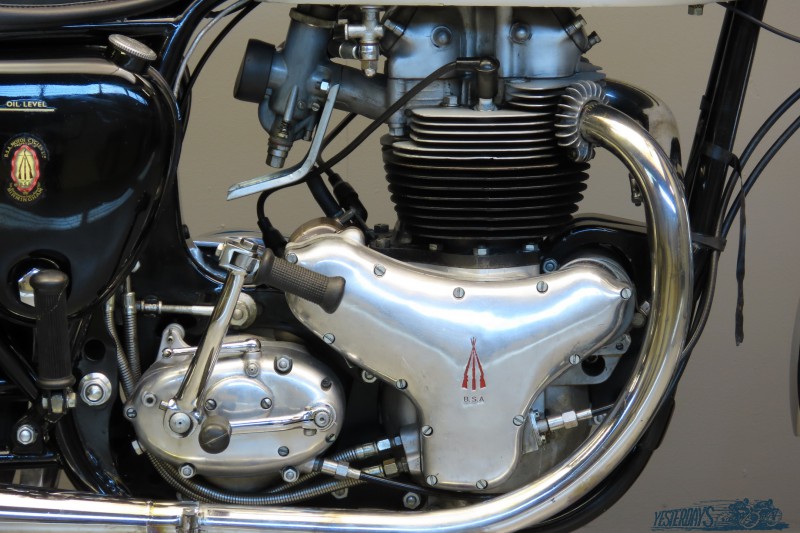 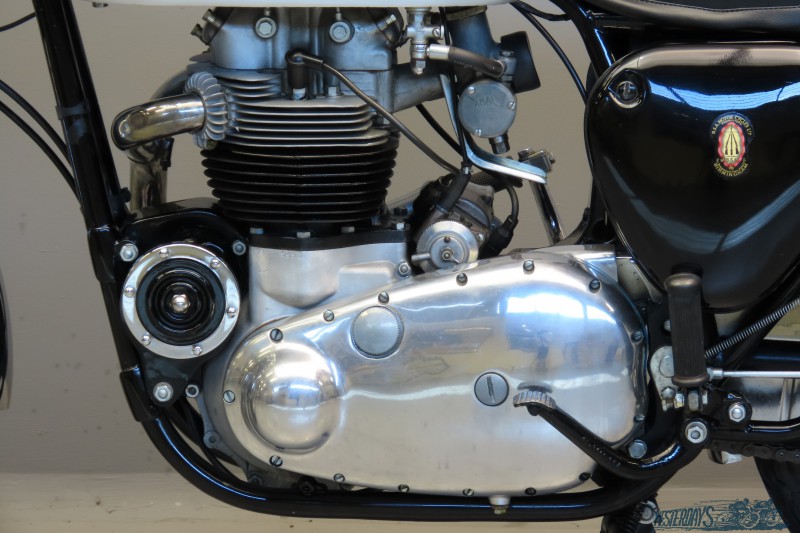 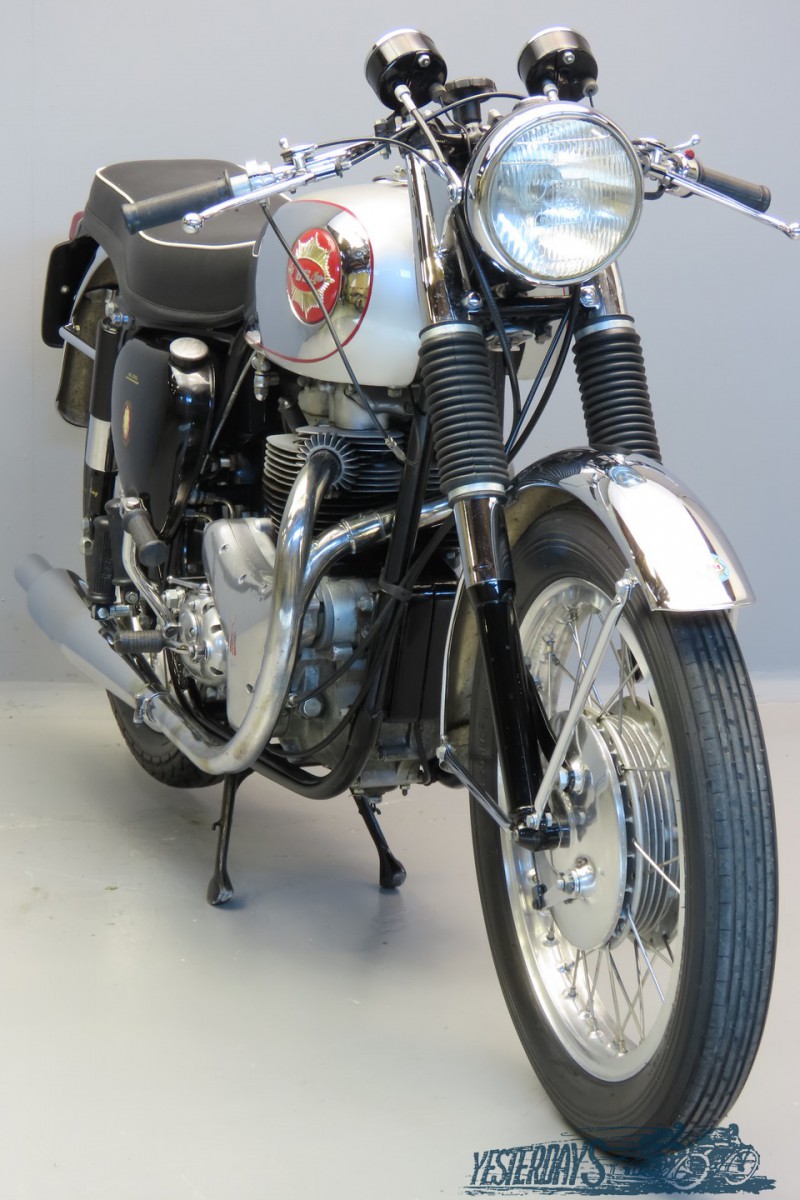 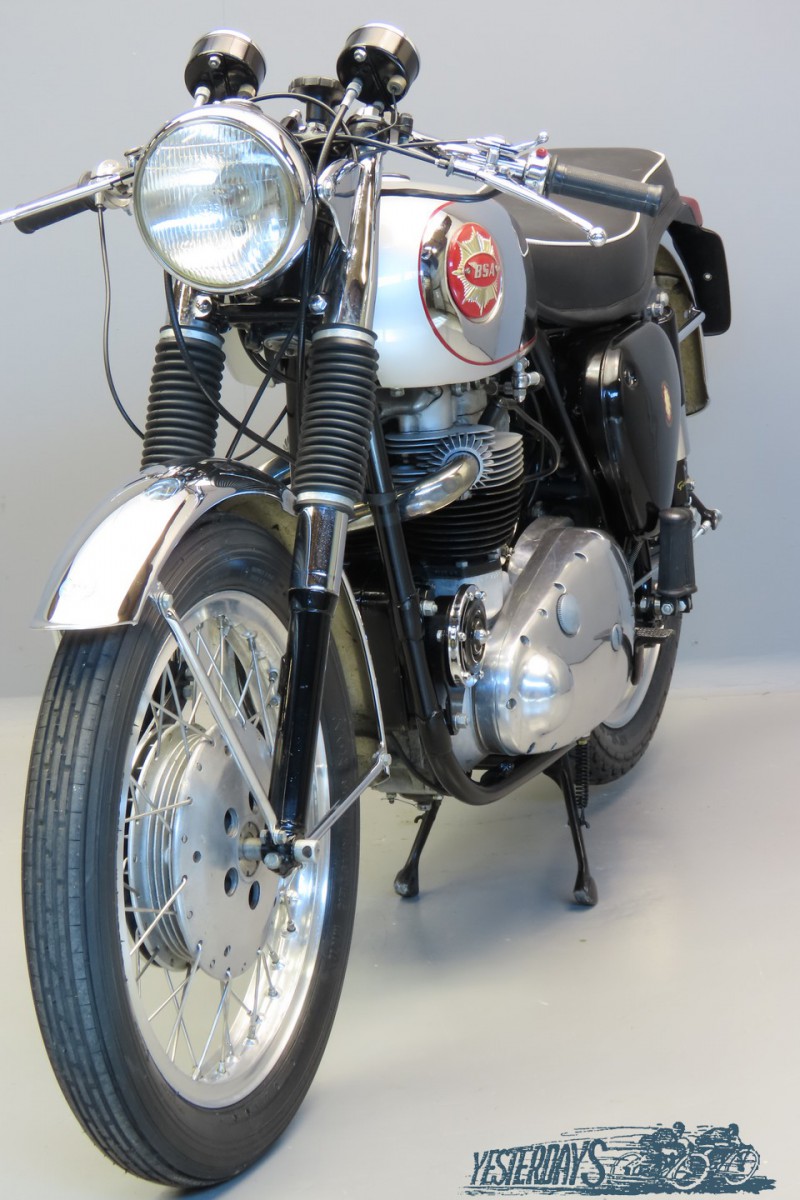 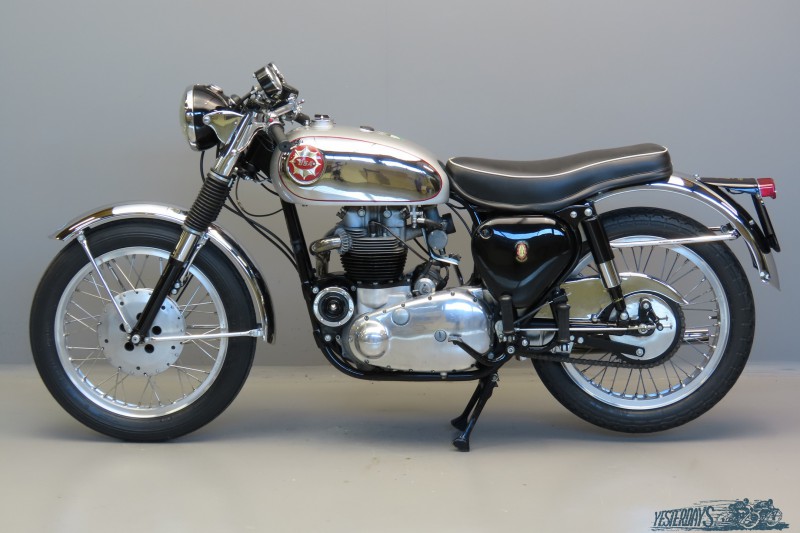 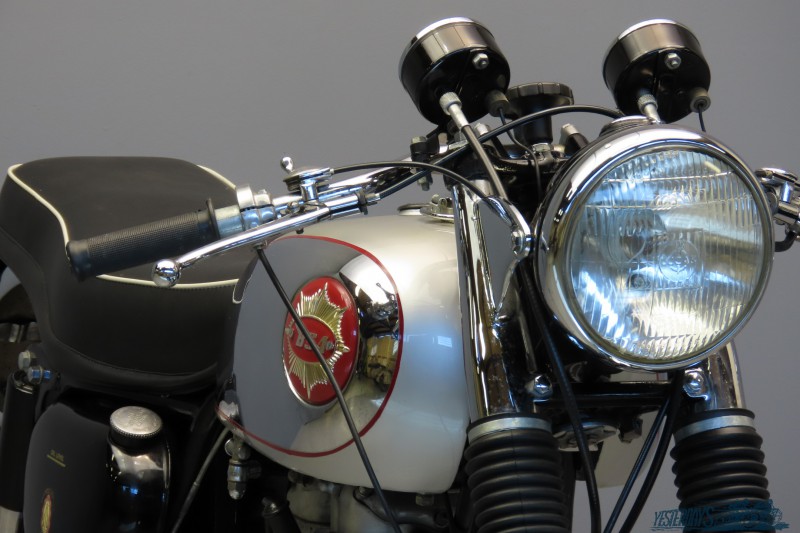 In the late fifties Banbury BSA specialist dealer Eddie Dow was asked by a customer to install an A10 Super Rocket engine in a Gold Star frame.
The result was a machine with excellent riding and handling qualities and Dow suggested to the factory that such a model would be an excellent machine for home and export sales without having to produce a single new component.
It took the factory some time to take up this idea: the first models arrived in 1962, and the original Goldie frame was redesigned and got components of the A group duplex frames.
Motor Cycle tested a Rocket Gold Star in November 1962, summing up the new BSA as a ‘scintillating high-performance road burner: good brakes, excellent rider comfort and docile traffic manners.’ A top speed of 105mph was achieved.
The Super Rocket engine’s compression ratio was raised to 9.25:1 for the RGS, the claimed maximum power increasing to 46bhp.
Production began in February, 1962 and the first bike with frame # GA10 101 was despatched to BSA New Jersey, finished in red.
Many more would be sold in the USA in 1962 and 1963.
According to BSAOC UK Machine dating officer Brian Pollitt 1584 RGS models were produced, of which 272 were scramblers.
The last Rocket Gold Star was despatched on October 15, 1963.
Today the RGS is widely recognised as one of the most desirable of all factory built ‘café racers’.
According to the BSA Despatch files frame # GA10 1724 was originally despatched on July 9, 1963 to dealer David Tye Ltd., Water Lane, Cromford, Derbyshire.
The bike was returned to the factory on July 22 for a “replacement” and redespatched on July, 24.
It was not stated what the nature of the replacement was, on both occasions the engine fitted was DA10R 10297.
In the course of the machine’s life this engine was replaced with # DA10R 9990.
This RGS has been restored with great attention to detail.
It comes with Smiths rev counter and speedo, which shows 450km after restoration.