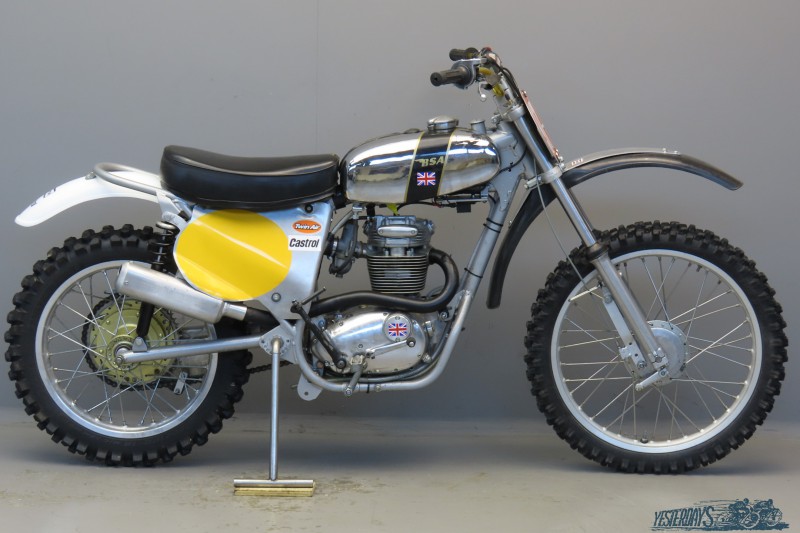 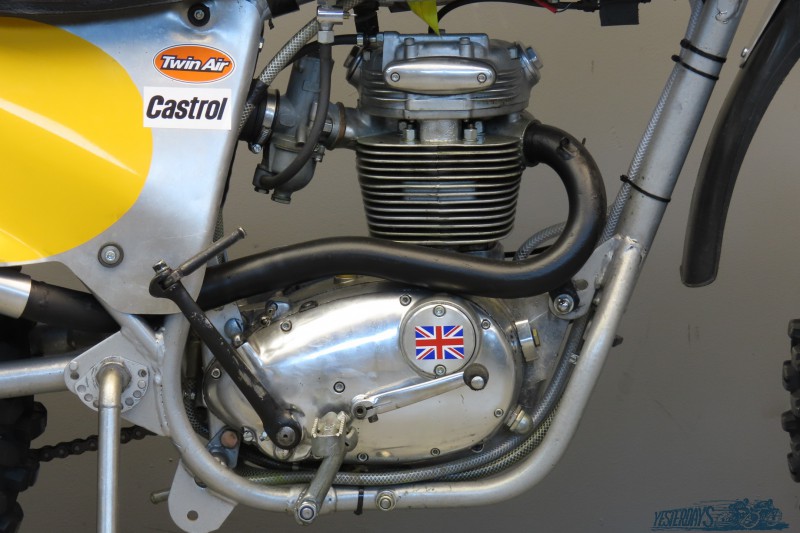 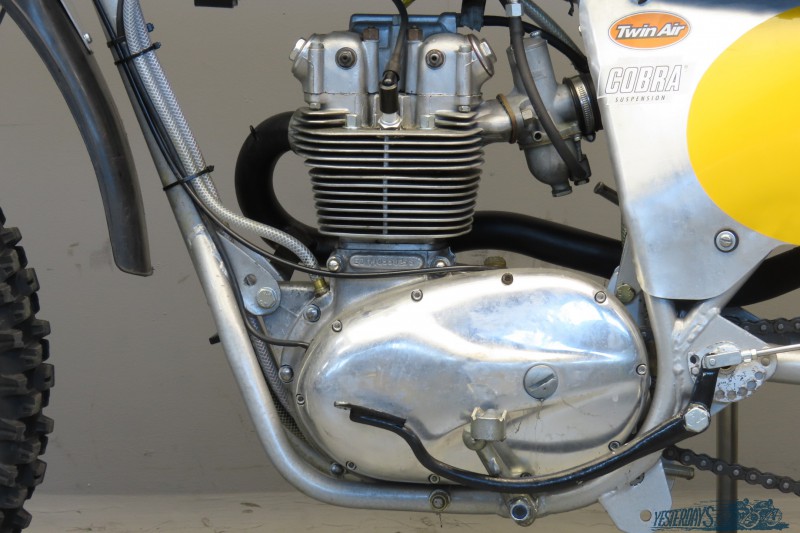 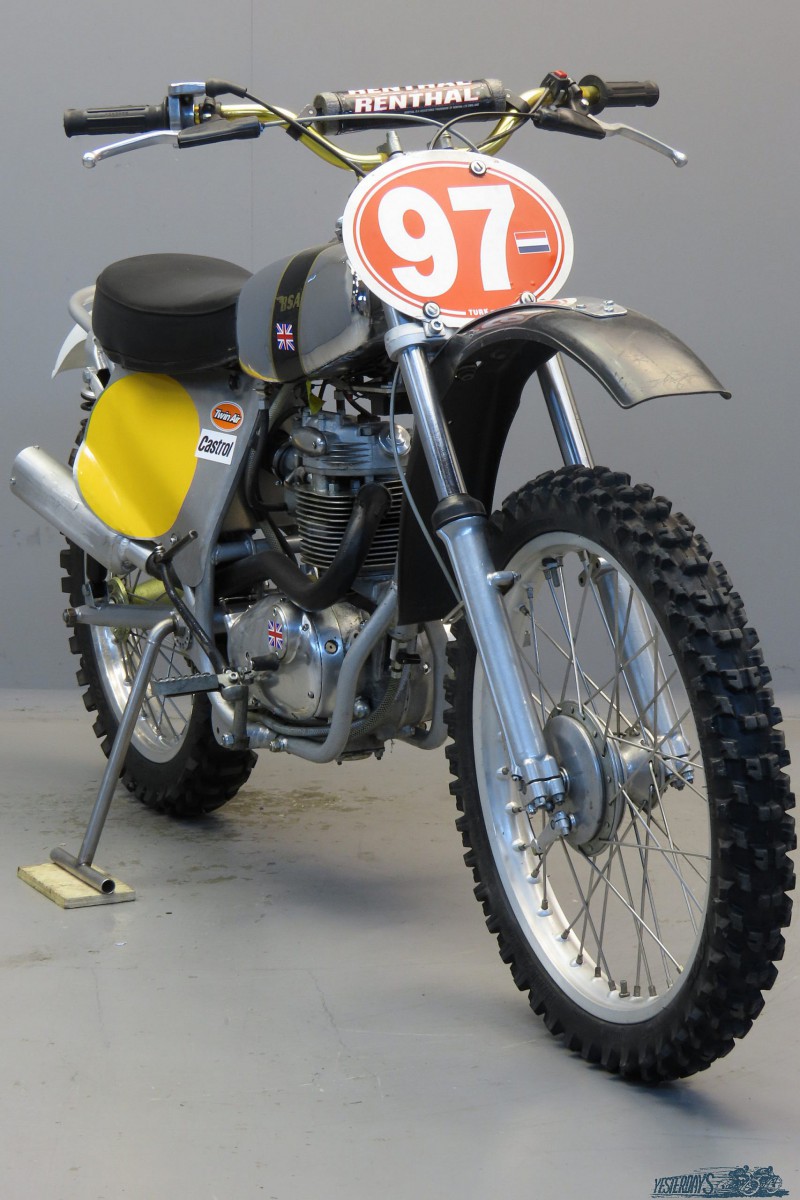 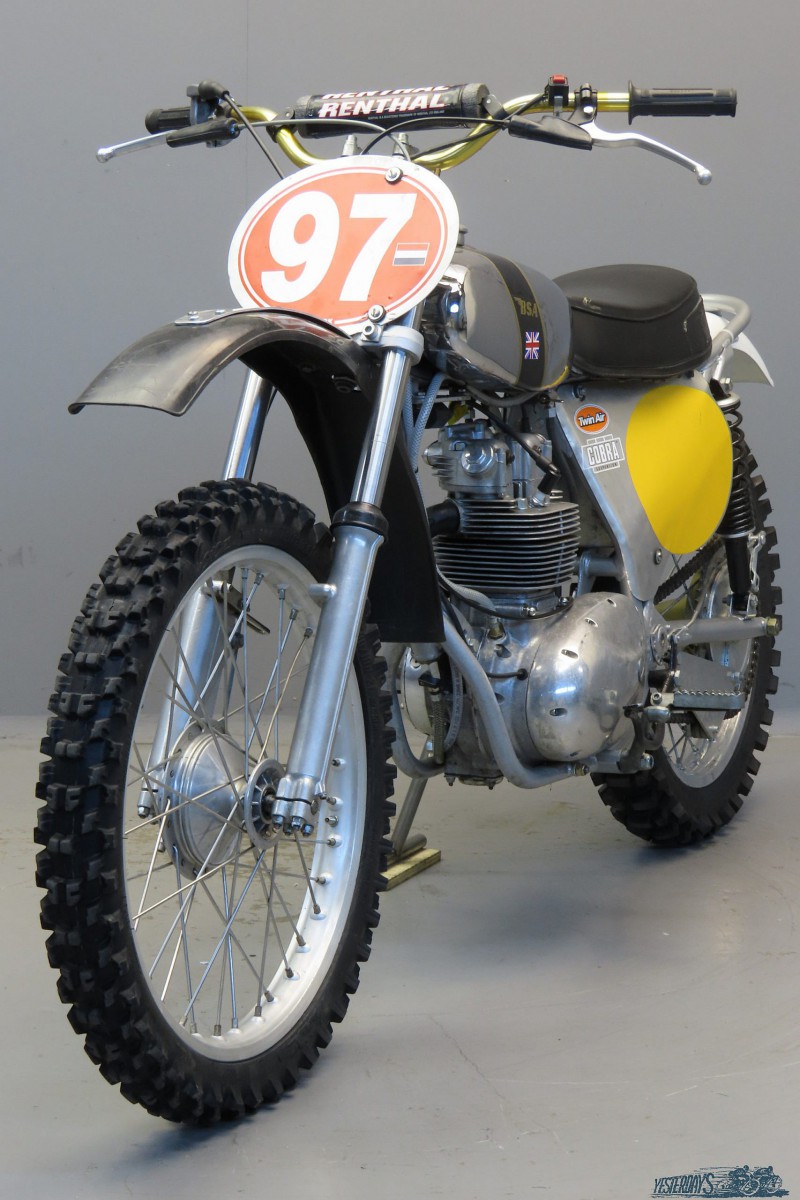 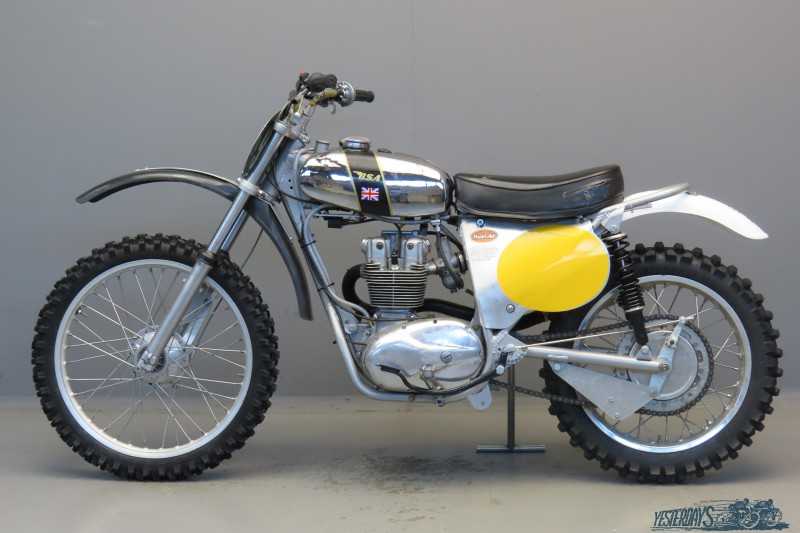 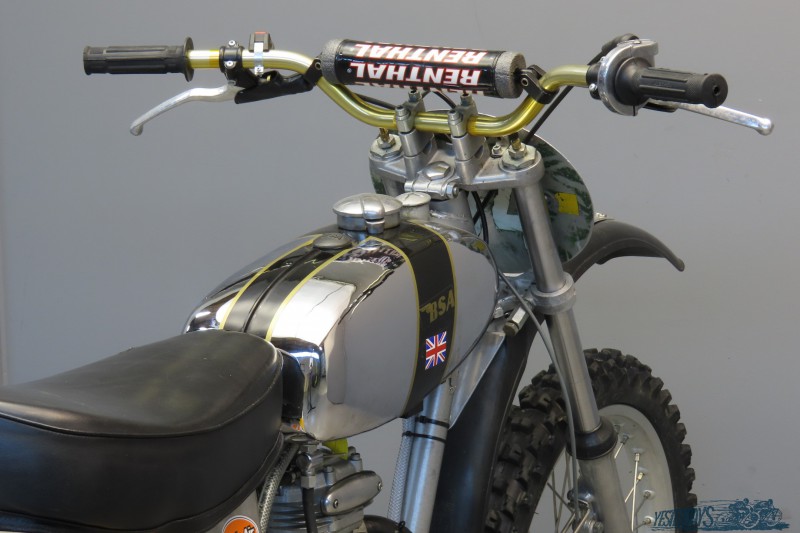 The B25 model, introduced in 1967, was a more sporty replacement for the C15 and, in the UK, aimed at learner riders. Its 247cc engine was a higher performance development of that used in the C15. Bore and stroke of 67 x 70 mm was retained, but a new alloy barrel and cylinder head were introduced featuring square fins. The pushrod tunnel was cast into the barrel rather than being a separate item as on earlier models. Tappet adjustment was by eccentric rocker shaft. To improve performance the inlet tract was opened up and bigger valves fitted along with the newly introduced Amal Concentric carburettor. Compression ratio was increased to 10:1 and a sports camshaft was used. Power output was 26 bhp (19 kW) at 7250 rpm. The engine was free-revving and would rev to over 8,000 rpm. The B25 was produced in various road-going forms, but also in trials and scrambler guise. This scrambler has a frame with the oil tank in the top tube, a cam fork pivot adjuster and conical hubs. The engine code refers to May, 1970 as month of production. The machine has been restored and is in fine general condition.