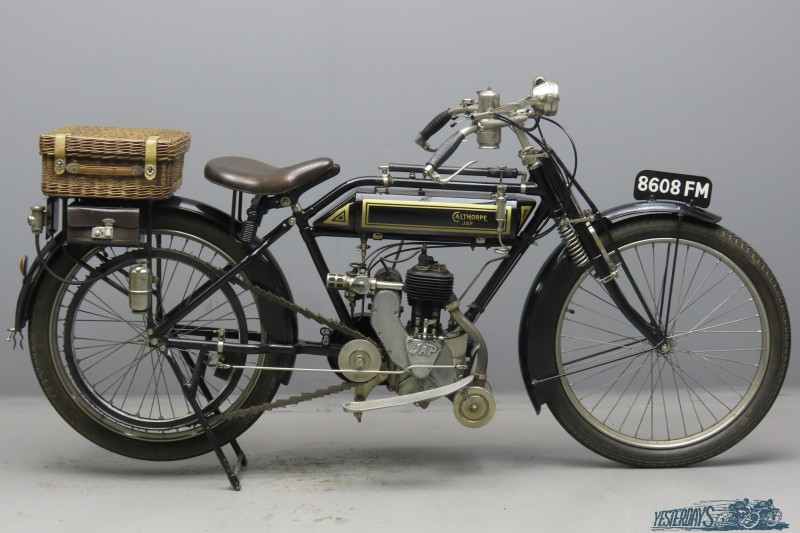 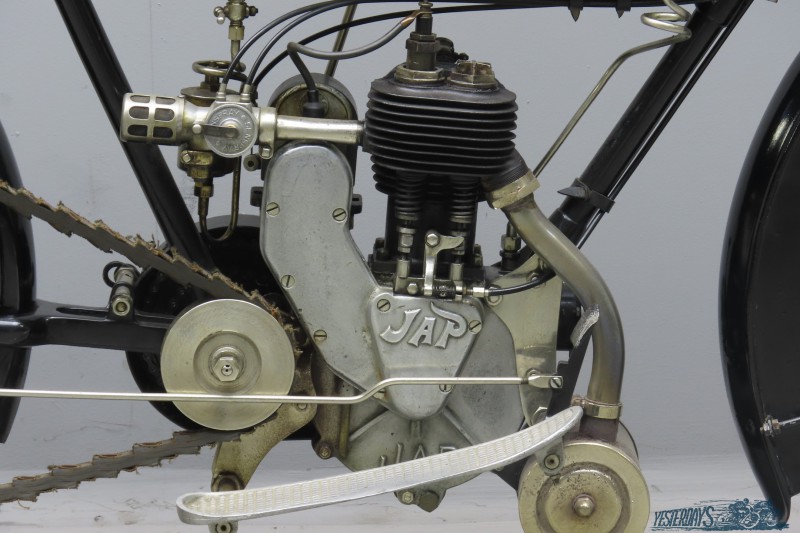 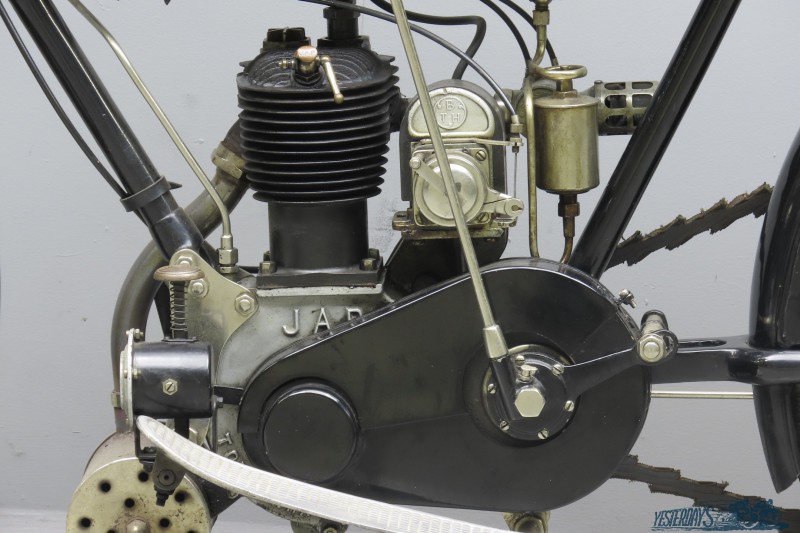 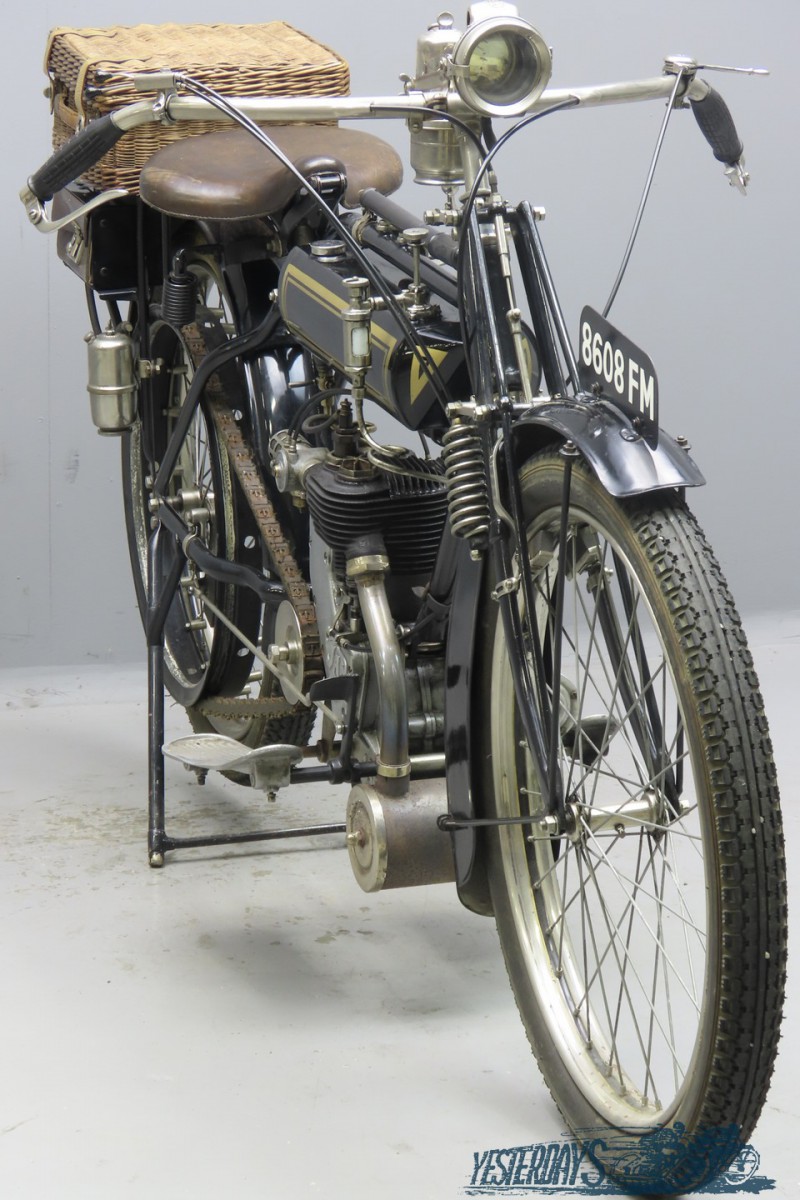 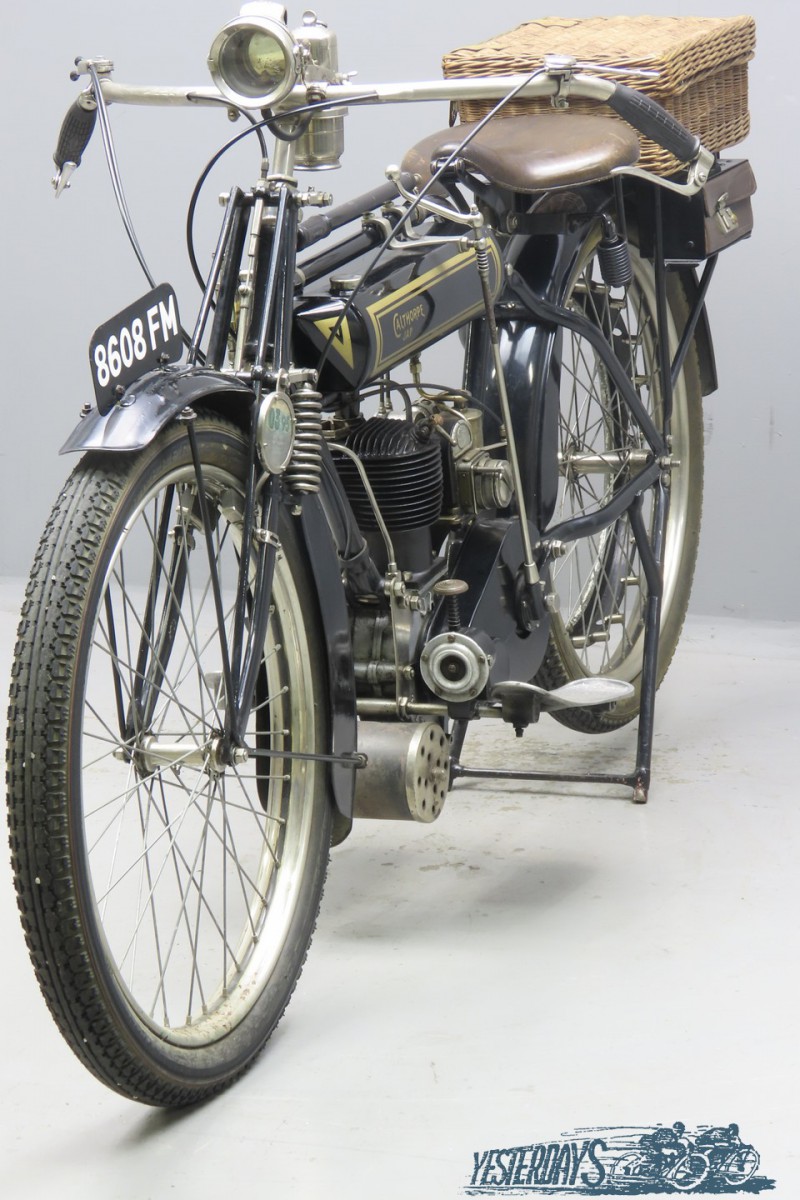 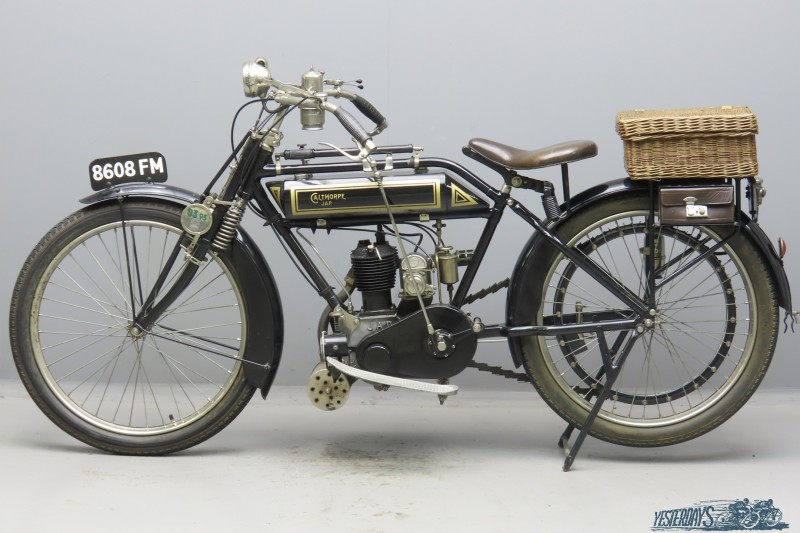 The Calthorpe company was very much the creation of one man, George Hands. George William Hands was born in America to a British family which was temporarily relocated to Bridgport, Connecticut presumably due to his father, John Hands’ occupation as an engine fitter.
Back in Birmingham George served an early apprenticeship as a machinist before, in his early twenties, setting up his first company, Bard Cycles, with an Arthur Cake in 1895.
The name Calthorpe seems to have been simply pinched from the Calthorpe Estate, who were large landowners in Birmingham.
In 1909 the first Calthorpe motorcycle appeared.
This was a sturdy single speed belt drive machine powered by the White & Poppe 3 ½ HP single cylinder engine.
The White and Poppe engine was soon superseded by a ‘Calthorpe’ engine, in reality a Precision made by F E Baker and representing the start of several years association with this company.
A JAP powered version of the same model was also available.
In 1915 a successful range of Peco (Pearson and Coles) two stroke and JAP four stroke models appeared.
Production was interrupted in 1917 by the European conflict but restarted in 1919 with a similar range which continued with little change until 1924.
During the war the Calthorpe factories were turned over to hand grenade production.
During the twenties and early thirties the company did well but halfway down that decade sales dwindled and by the end of 1938 the company went out of business.
Much interesting Calthorpe information can be found on Dick Weekes’ website http://www.calthorpe.info
This 1915 model is powered by a reliable 70x76mm bore x stroke JAP engine and is fitted with an Enfield 2-speed gear mechanism.
Lubrication is effected by a Best & Lloyd drip feed system and fittings include BTH magneto and Senspray carburettor.
The machine is an older restoration in good condition and she comes with aluminium footboards, tyre inflator, P & H / Lucas acetylene lighting system, foot-operated claxon and wicker basket to hold your picnic lunch.