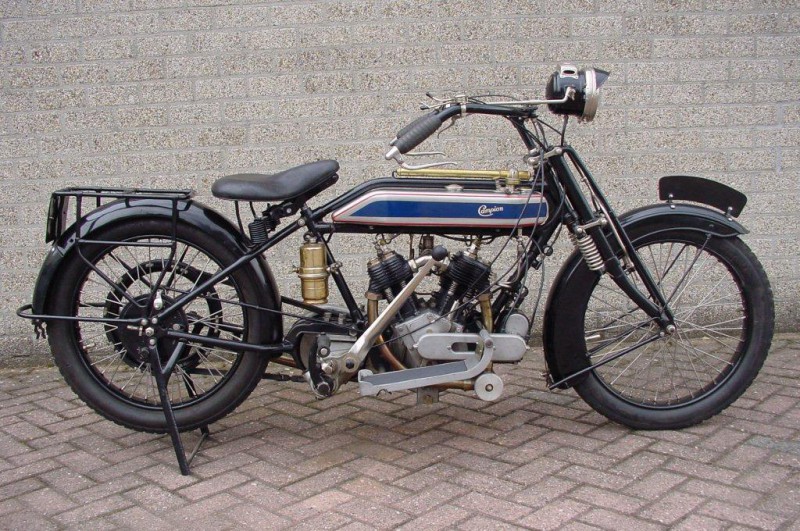 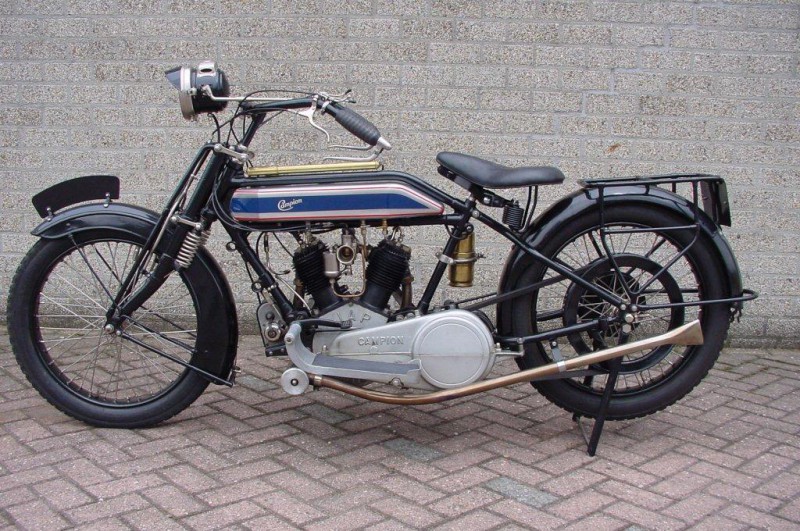 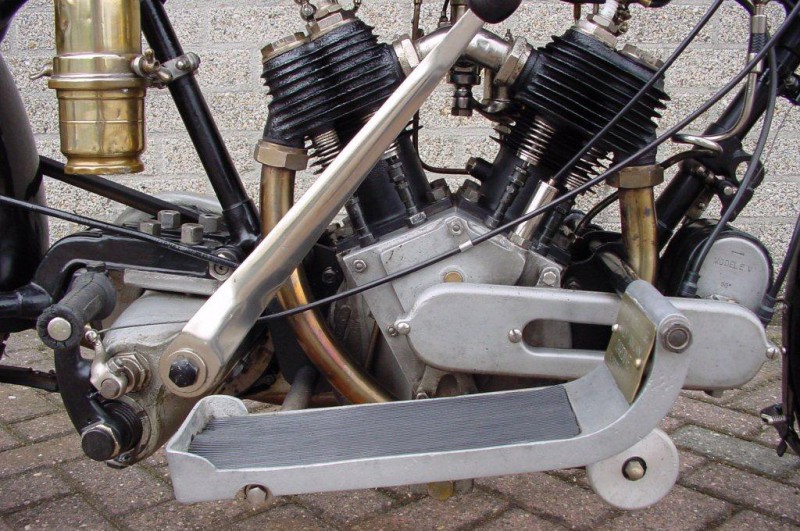 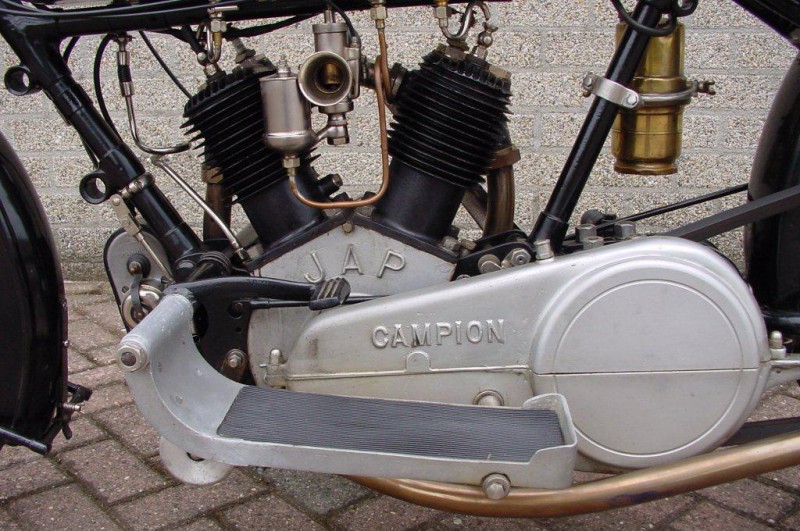 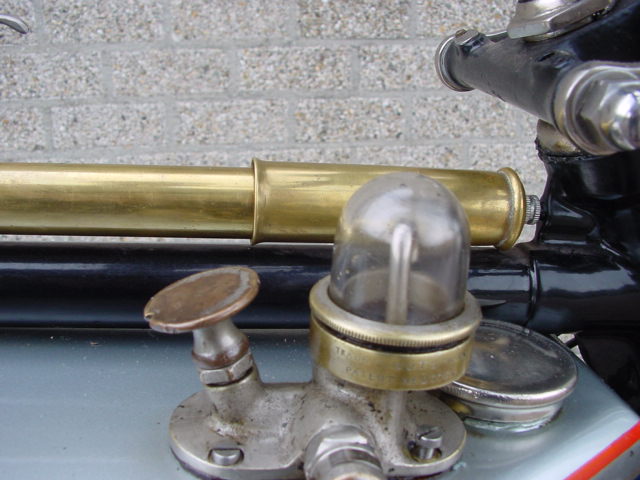 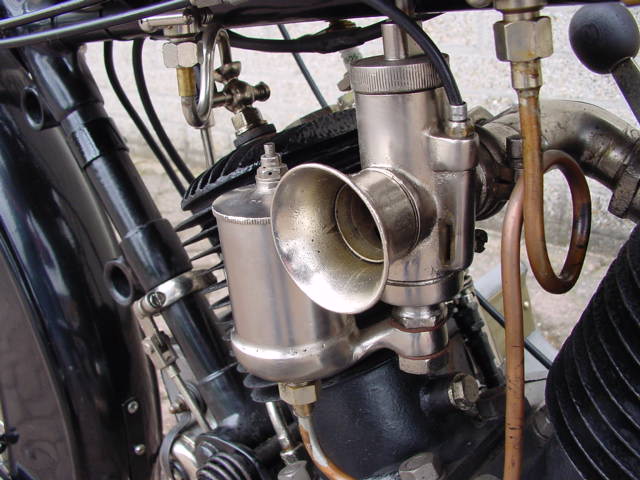 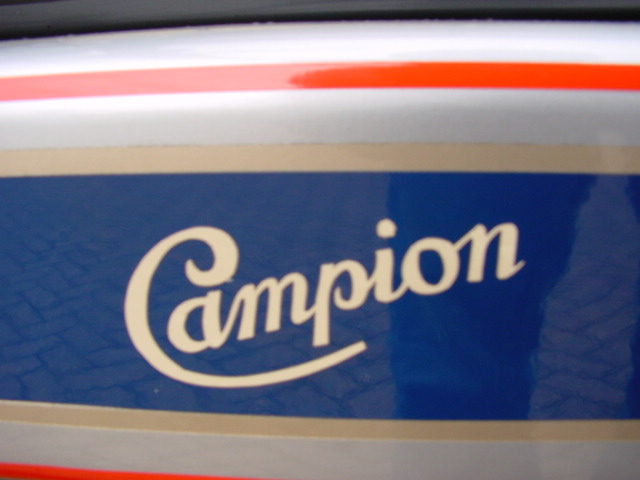 Campion was a well known bicycle manufacturer at Nottingham.
When they started motorcycle production, a variety of proprietary engines were used, such as Minerva, MMC, Fafnir, Precision, Villiers, Blackburne and JAP.
Campion also supplied frames to other companies. Motorcycle production ended in 1926.
This sturdy  big twin  is equipped with a rare Jardine four speed gearbox, which was a very special feature in the teens  when three speed gears were common.
Footboards are aluminium castings, the same goes for the horizontally split primary cases. Magneto is an American Splitdorf, which  was specified for many English machines in the war years when there was a real shortage of British built magnetos.
Secondary transmission is by rubber belt. Front forks are Druid.
This Campion has been nicely restored.