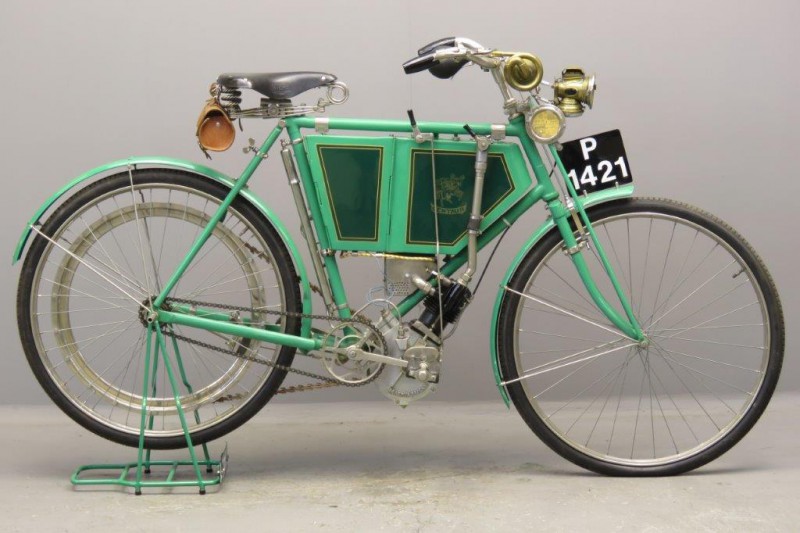 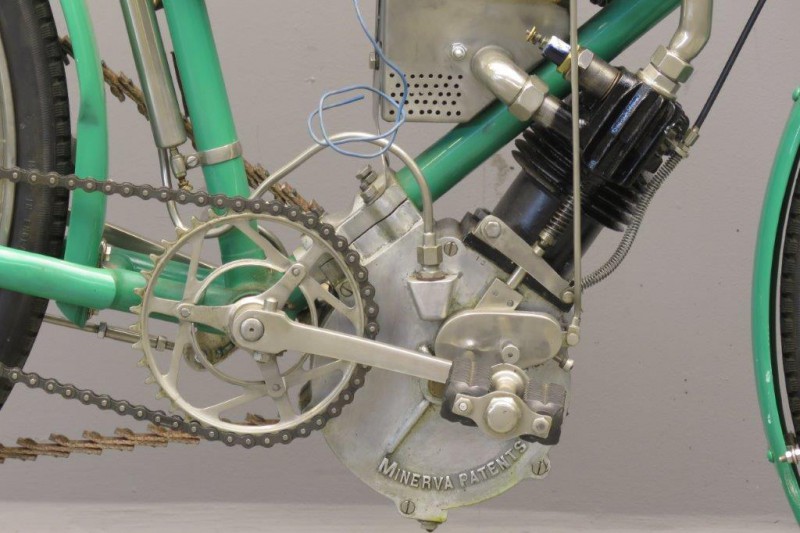 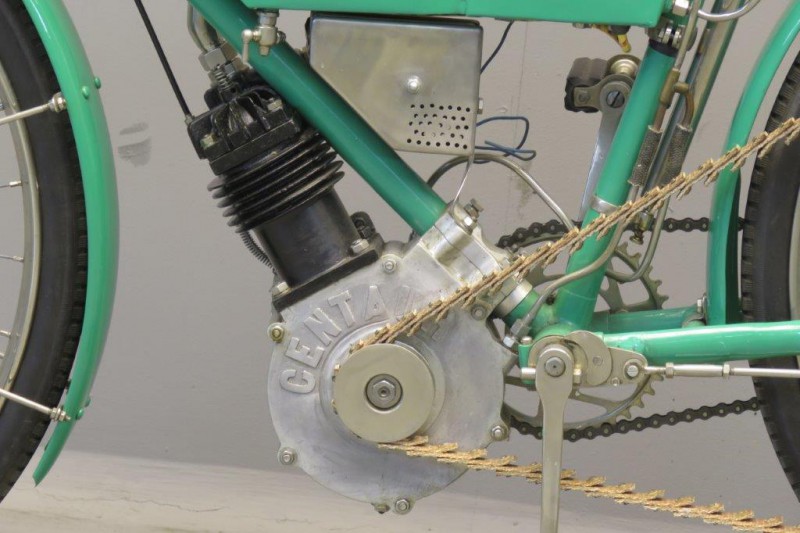 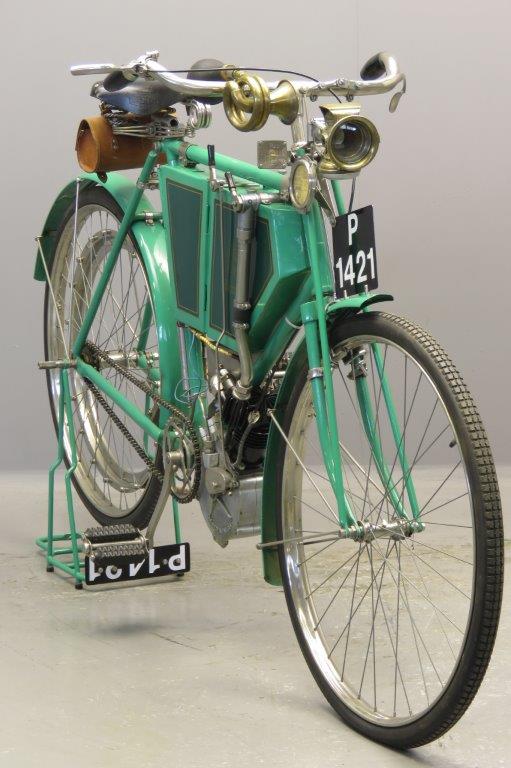 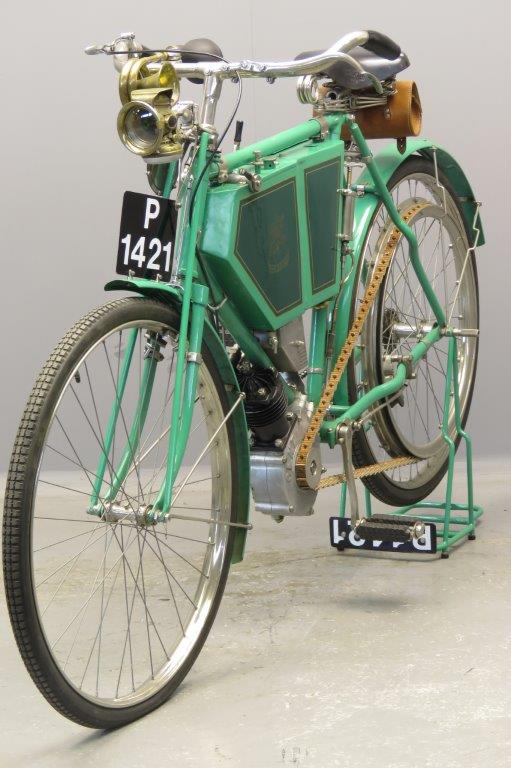 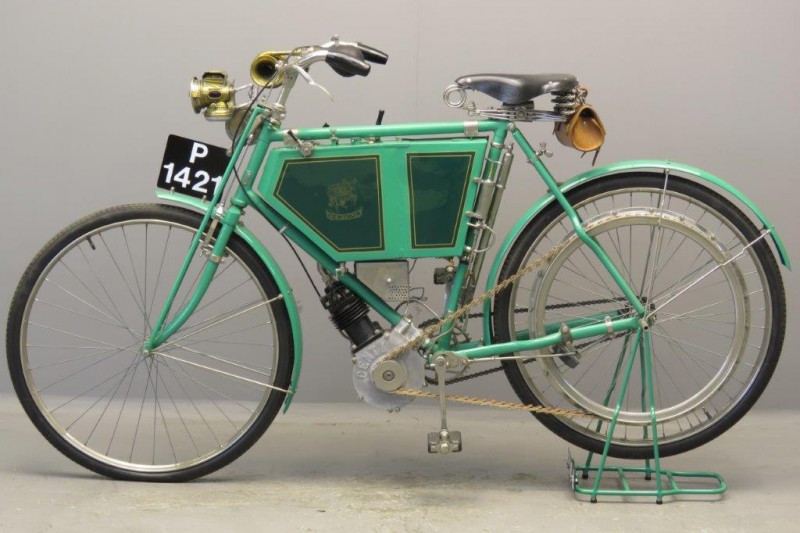 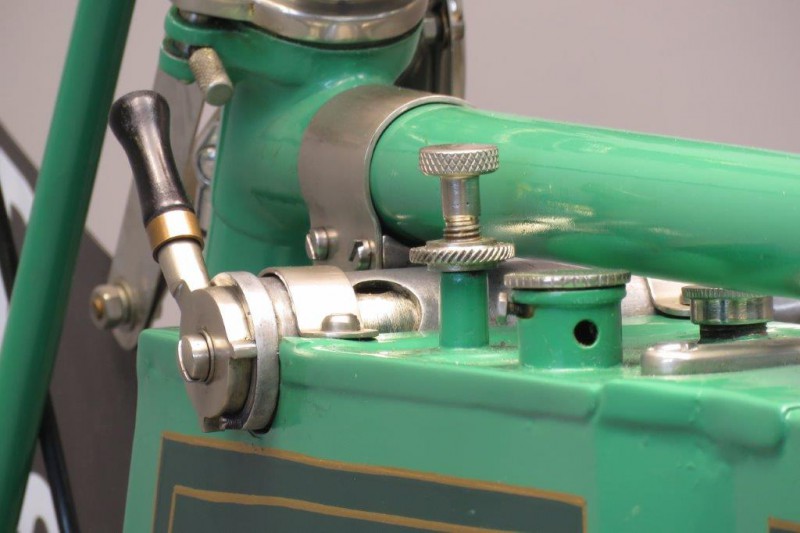 The Centaur Cycle Company is formed in 1876 by George Gilbert and Edward Mushing.
The manufacturing premises are located at the West Orchard Works in Coventry.
Mushing is a former schoolmaster and he deals with the business side of the company.
Technical development is in the hands of George Gilbert.
He’s a skilful engineer and has worked at the Coventry Machinists Company, the first bicycle manufacturer in Britain.
Before that time he gained valuable experience as an apprentice at the firm of Francis Skidmore, famous for his fine metalwork constructions in Gothic style  for churches and other important buildings.
The Centaur Cycle company grows fast and within 10 years not only bicycles are produced but also rowing apparatus, roller skates and all-metal lightweight tennis rackets.
Gilberts starts to specialize in developing very light high-quality bicycles and in 1890 he creates a sensation with his “Featherweight”, a sports cycle that weighs only 12 kilograms, 10% less than his competitors are able to produce. Around 1900 the company looks into the possibilities of car and motorcycle manufacturing.
Some cars are produced but that line of business is not pursued. Motorcycles seen to have more potential though: in 1902 the company produces a model with Minerva clip-on engine and after that Humber-engined models are brought out till, by the end of 1903, Centaurs are equipped with their own 348 cc side valve power source.
This engine has the uncommon feature of having both valves in front of the cylinder.
Around 1906 motorcycle sales decrease and many manufacturers , including Centaur, stop producing motorcycles and focus on bicycles and/or cars.
In 1909 Mushing dies at the age of 66. Gilbert is 65 then and he decides to sell the company.
Humber becomes the new owner; the changeover to Humber is almost entirely kept out of the press.
In 1910 a new Centaur is brought out, again with an engine with forward mounted valves.
From 1911 till 1914/15, when production stops, Centaurs are almost identical to their Humber sister-models in 2HP, 2 ¾ HP and 3 ½ HP versions.
The Motor Car Act of 1903 stipulated that all motor vehicles should be registered.
P 1421 was issued on June 10, 1904 to Mr. Victor Britnell,  a cycle agent in College Street, Petersfield.
It appears this gentleman – who might well have been the first owner-  was a solicitor who had a yearning to own his own bicycle business.
His wife considered “trade” to be beneath her dignity, so he opened the cycle shop when she was away on holiday.
From being a shop, the business became Petersfield’s first garage – Britnells own two cars were the first in Petersfield  (source: David Jeffery, Postwar Petersfield ).
As far as we know this very early Centaur is the only pre- 1910 model in existence.
It was restored in the early nineties and has  taken part in the London-Brighton run.
The green colour is a reference to the original  sage green colour option that the company offered for its bicycles.
The machine comes complete with Pioneer certificate issued in 1996, Powell & Hanmer  “Horoscope” oil lamp, bulb horn and leather  saddle tool bag.