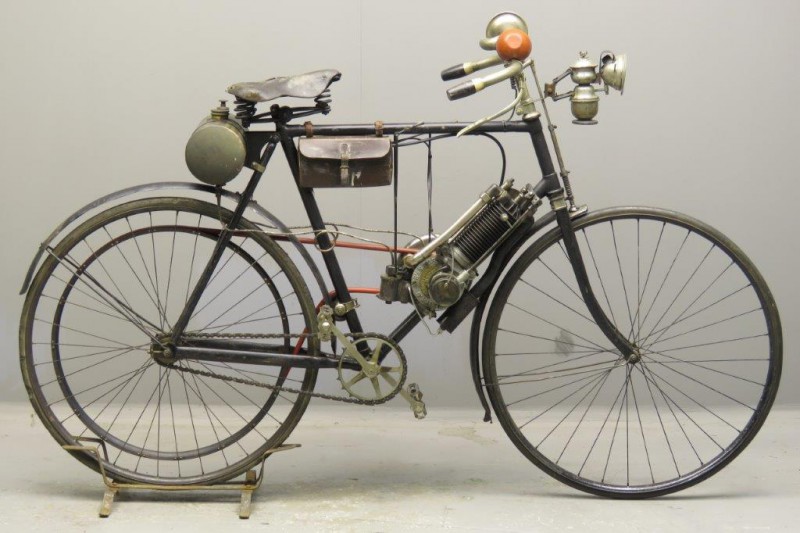 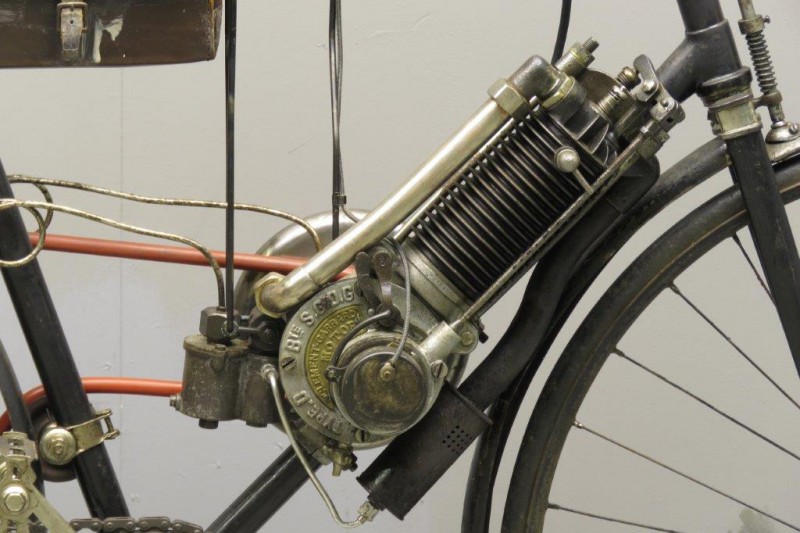 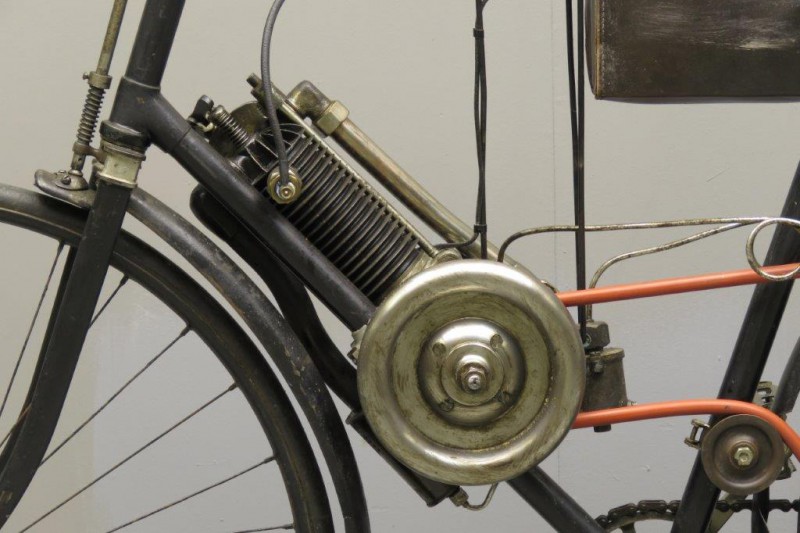 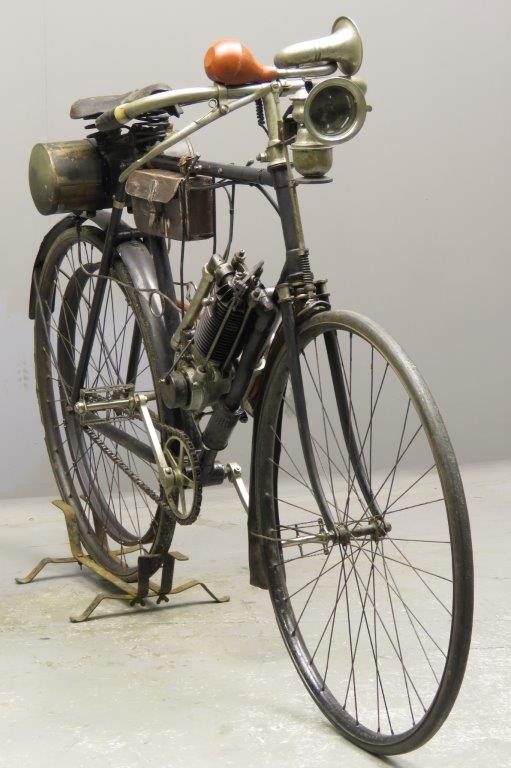 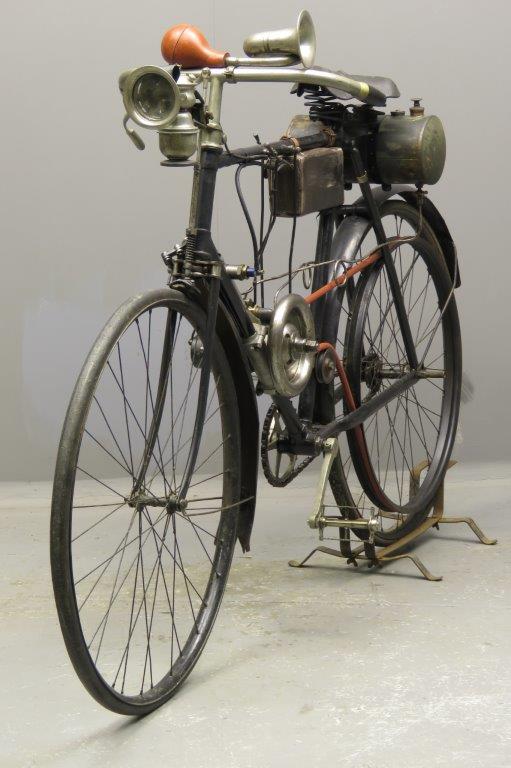 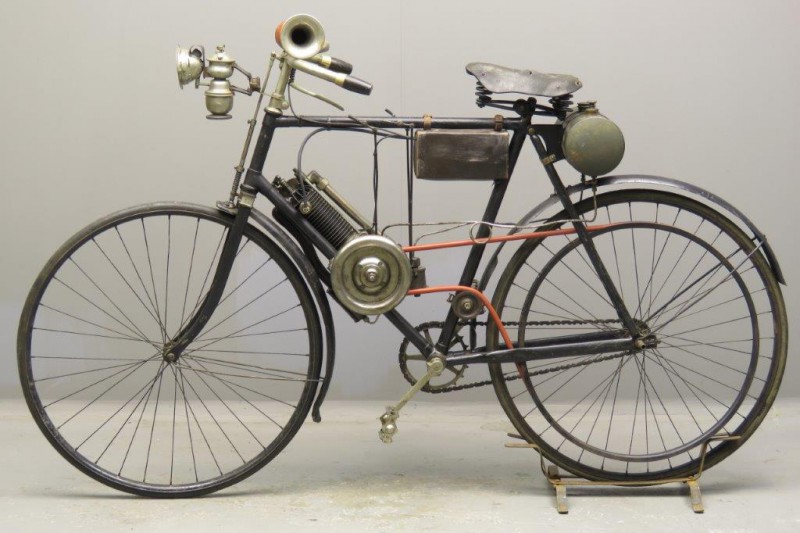 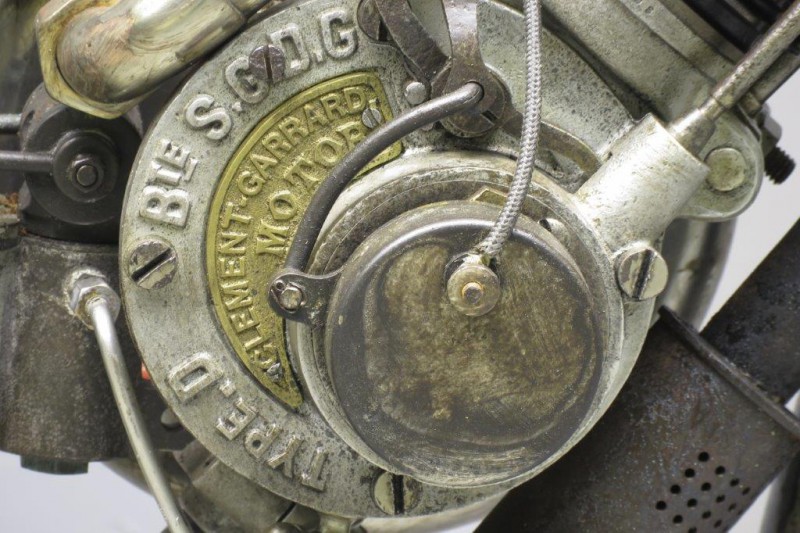 In 1902 Charles Riley Garrard began to import the French 143cc Clement clip-on engine unit to fit a standard bicycle.
|Garrard, who lived from 1856 till 1955, had gained a lot of experience in the cycle trade and had lived in Paris where he had met Adolphe Clément.
His motorised bicycle was sold as the Clément-Garrard.
It had an overhead exhaust valve, small crankcase and large external flywheel.
Fitted inclined to the down tube inside the frame, it drove the rear wheel by belt over a jockey pulley.
Frames for the new model were made by James Landsdowne Norton who also dealt with spares and repairs for Garrard and used a Clément engine for his own first Norton motorcycle. Interestingly, many of the castings and machined parts of the C-L engine were manufactured “in the Ardennes” as a 1902/1903 brochure reveals.
The Clément-Garrard machines were sold in capacities of 1½ and 2HP.
This “ 2HP” has a somewhat bigger capacity than the first model of 1902: the earlier models had bore x stroke of 55 x 53 mm, the “2HP” features 60 x 50 mm giving a capacity of 192 cc.
Despite their modest capacity these little engines are surprisingly lively.
The rear brake is activated by pedalling backwards and the weight of the complete motorised bicycle is about 30 kg.
This unrestored early veteran is fitted with solid rubber tyres and comes complete with acetylene lamp and bulb horn.