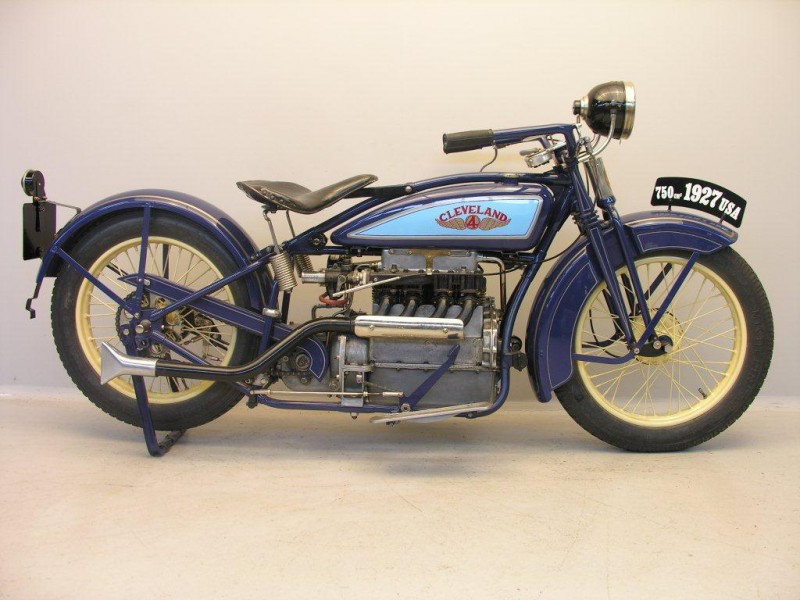 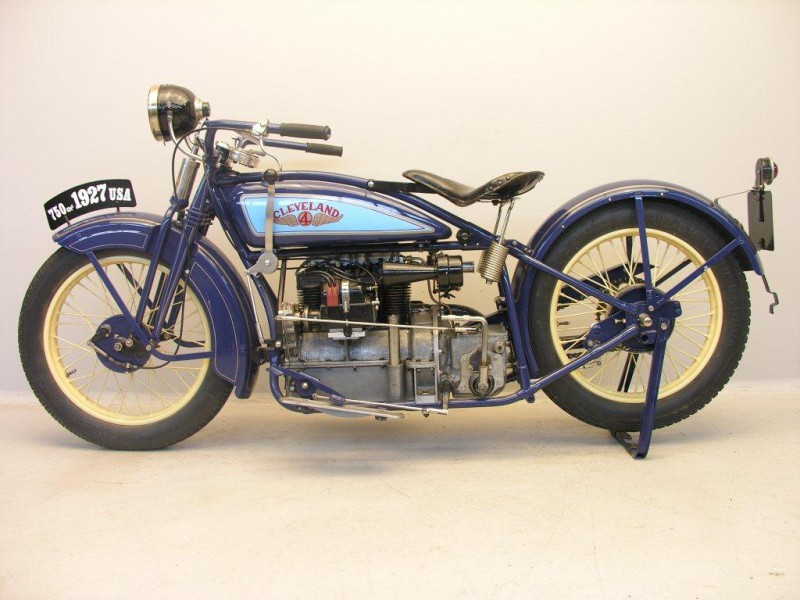 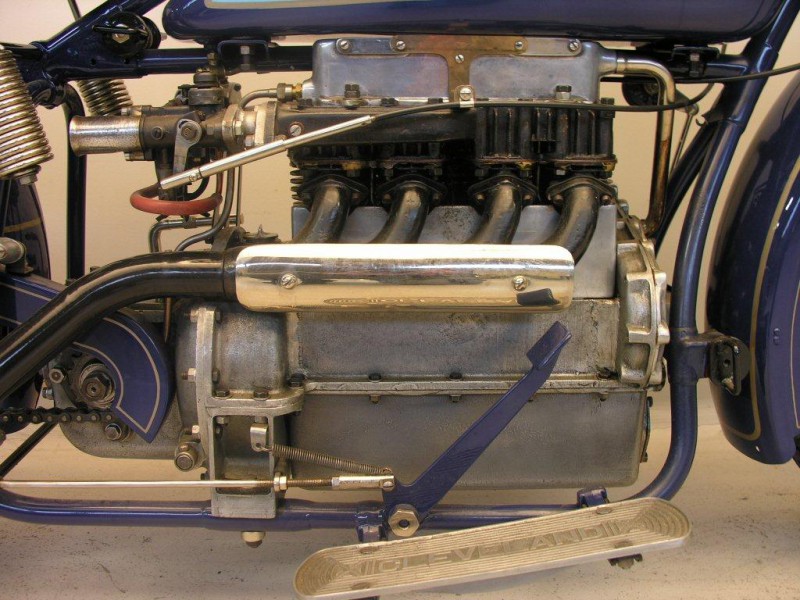 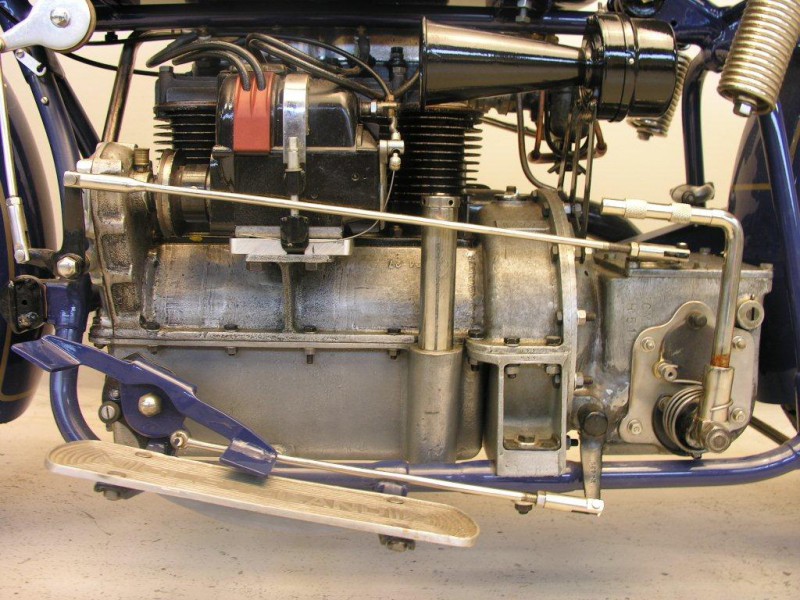 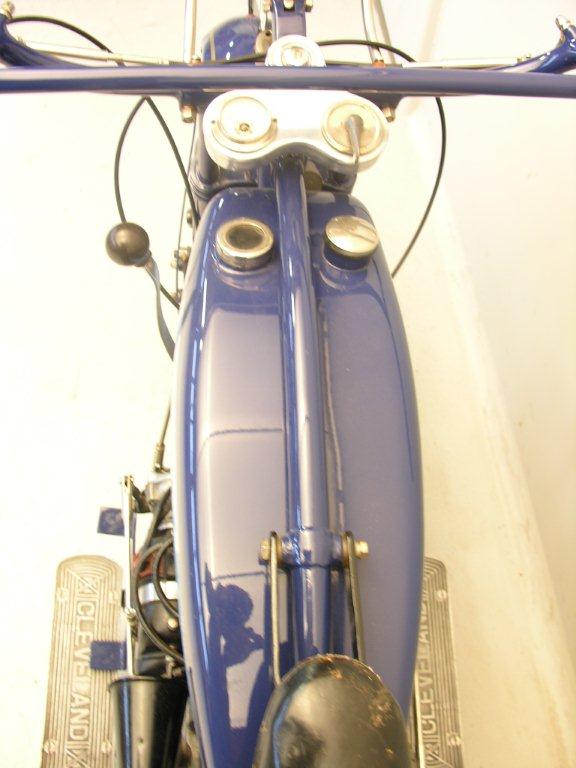 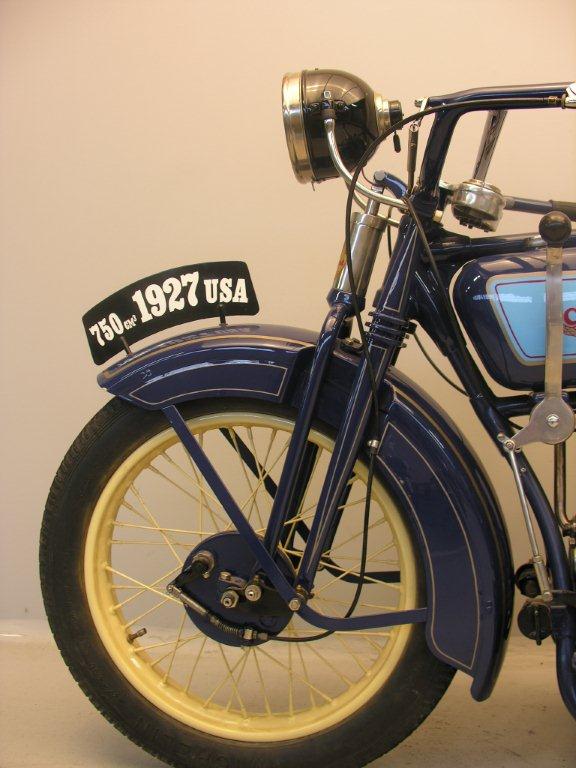 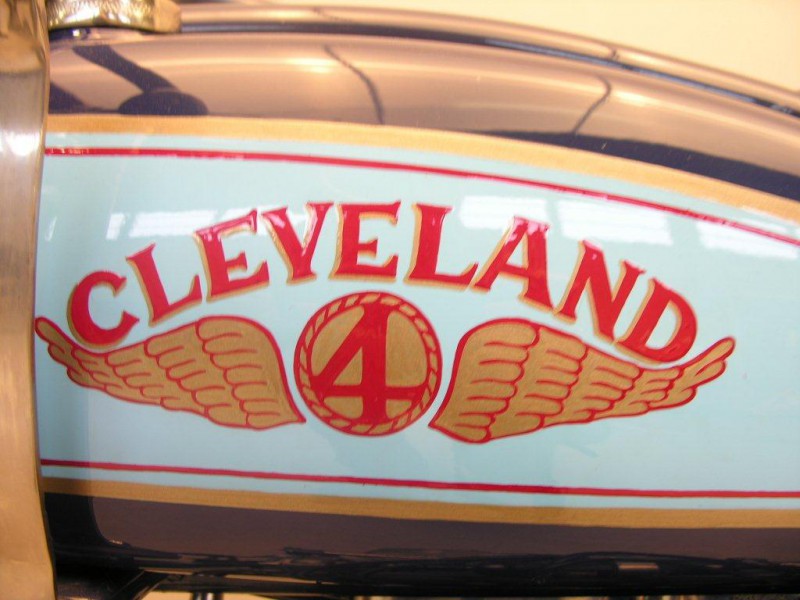 The CLEVELAND Motorcycle Manufacturing Company of Cleveland, Ohio manufactured for many years a very handsome lightweight single.
When the first CLEVELAND came on the market in 1915, this little lightweight captured the hearts of many motorcycle enthusiasts.
It turned out to be very reliable and had remarkable performance.
In 1925 sales of this lightweight were flourishing. HENDERSON and ACE were selling in good numbers and the CLEVELAND Company decided to bring out an entirely new CLEVELAND 4.
The engine was a 37” (600cc) with dry sump lubrication and a three bearing crankshaft.
Several hundreds of these machines were sold.
However, performance turned out to be unsatisfactory.
In 1926 an entirely new four cylinder design was launched: the CLEVELAND “4-45” , four cylinders, 45” (750cc) .
The gearbox was of an entirely new design and the internals could be removed from the side, without removing the engine from the frame as would be necessary in the HENDERSON and ACE.
The road holding was superb and this gave a healthy upswing in sales.
Late 1926 a new super sports model of the “4-45” appeared.
The top speed was now up to 75 miles an hour.