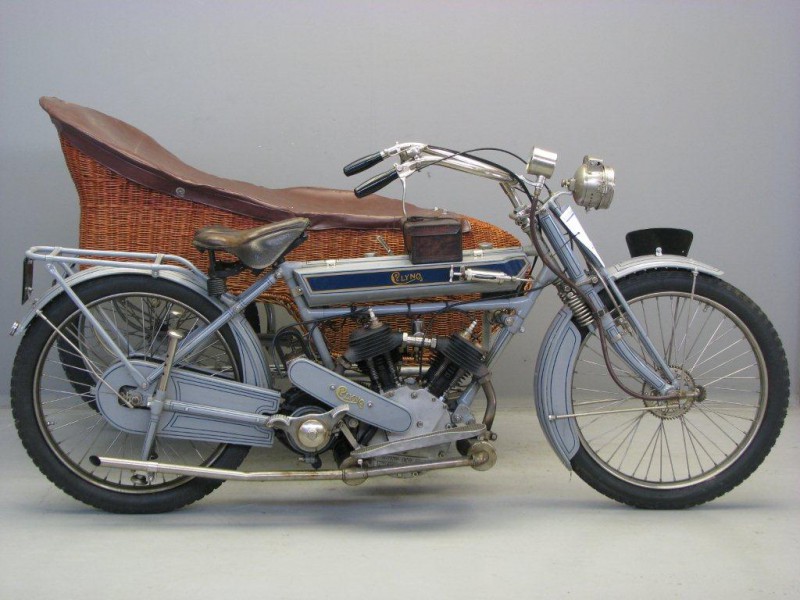 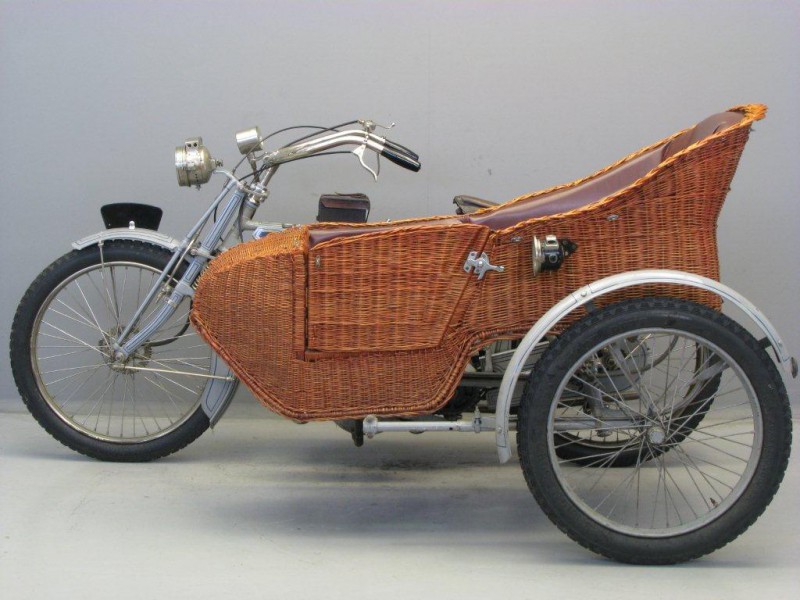 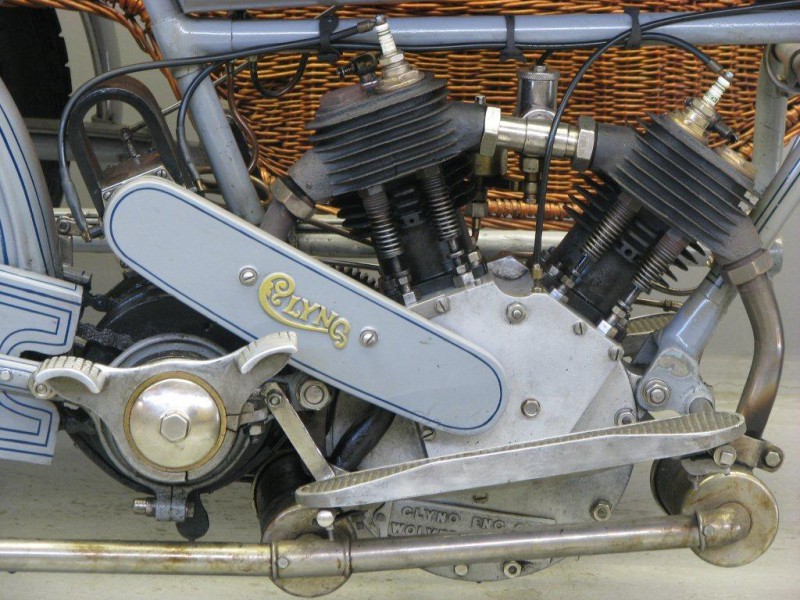 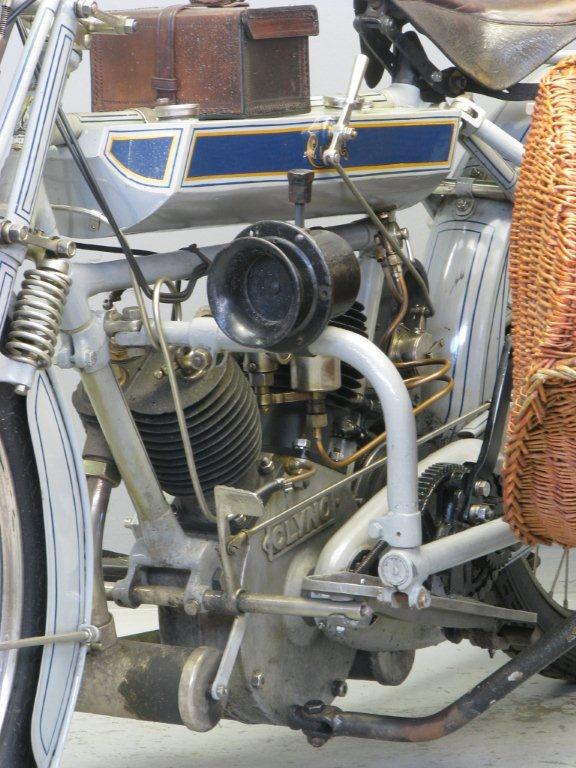 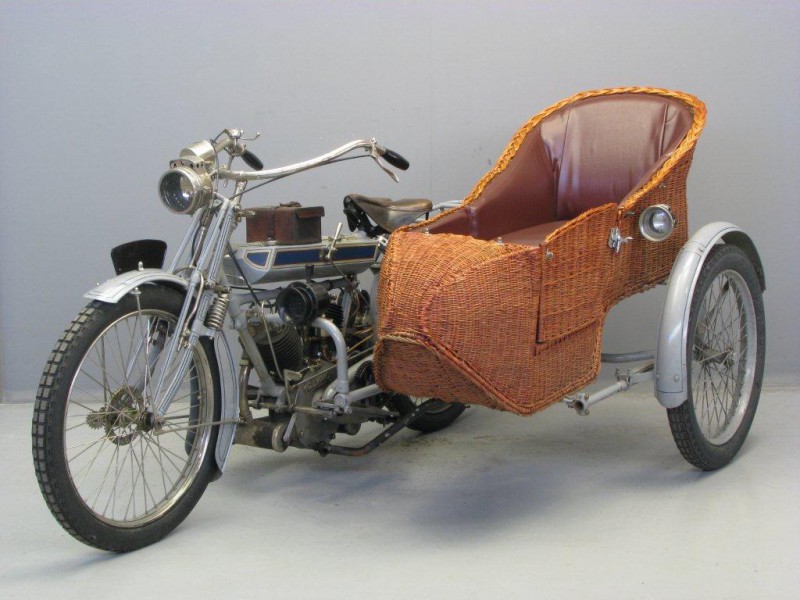 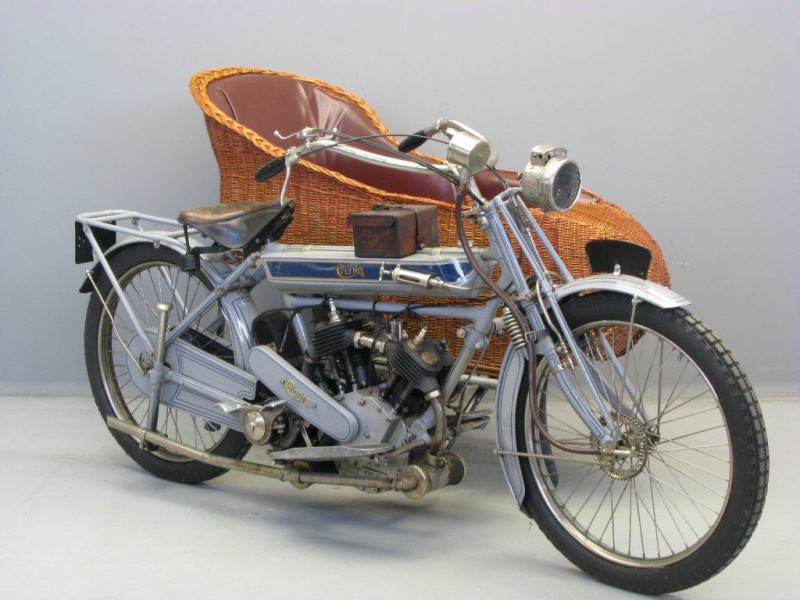 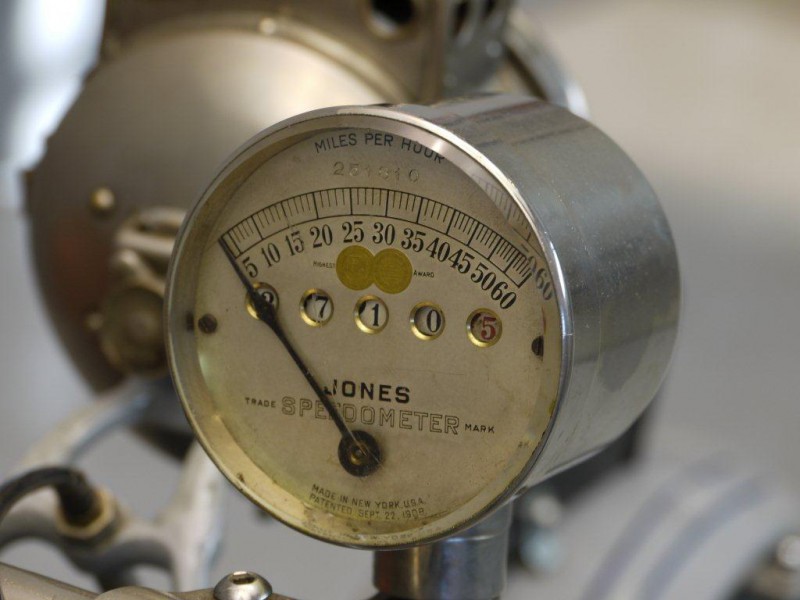 The Clyno Engineering Company entered the motorcycle market at the 1909 Stanley Show: exhibited then were  a 3 HP single  and a 744 cc 5/6 HP V-twin, both powered by proprietary engines  made by the Stevens Motor Manufacturing Company.
The limitation of a single fixed gear and belt drive were apparent in 1910, and with the increased manufacturing facilities at Wolverhampton – Clyno had bought the old Stevens factory-  a two speed, chain driven machine was evolved and it is thought to be the first to enclose chains in pressed aluminium cases.
It was this machine that Frank Smith drove so successfully in all the important trials in 1911, he also embarked on a programme of attacking hitherto unclimbed and what were considered unclimbable hills, all with the 5/6h.p. chain driven motorcycle and sidecar.
The question of a suitable sidecar frame was given careful attention: hitherto sidecar frames were very light flimsy affairs,  generally clipped to the motorcycle frame in three places.
They were quite unsuited to strenuous trials and other use.
The Clyno engineers designed  a very robust sidecar frame: it was  attached to the machine in four places by taper plugs secured into appropriate sockets that were  solidly brazed to the motorcycle frame.
This design was a great success and  remained virtually unaltered for many years.
No wonder that the authorities chose Clyno combinations as the favourite machinegun carriers in World War One.
The machine is equipped with  the Clyno telescopic rear stands, speedometer and acetylene lighting.
This lovely 1911 two speed Clyno wickerwork sidecar combination is an older restoration and still running well and is possibly the oldest surviving V-twin.

More interesting Clyno information can be found on: http://www.localhistory.scit.wlv.ac.uk/Museum/Transport/Motorcycles/Clyno.htm