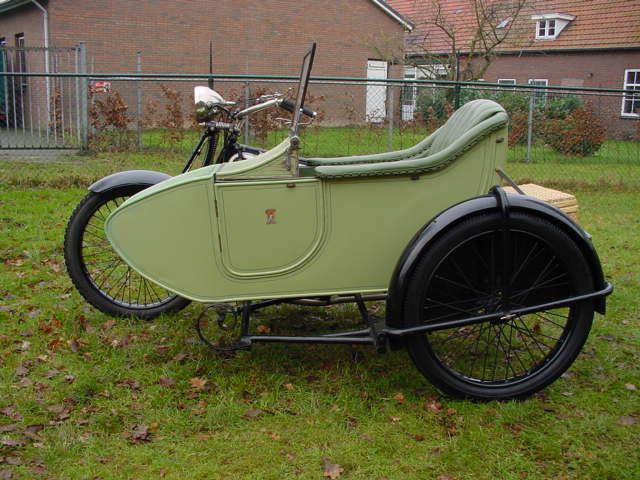 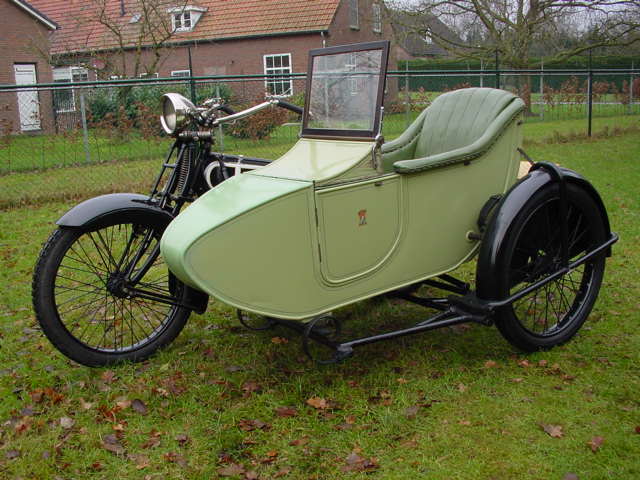 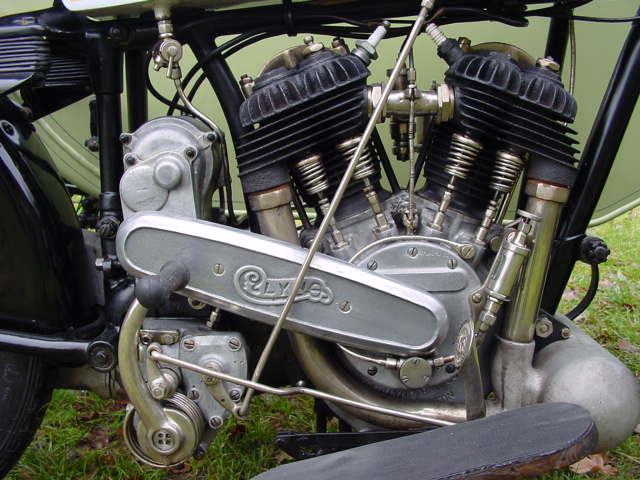 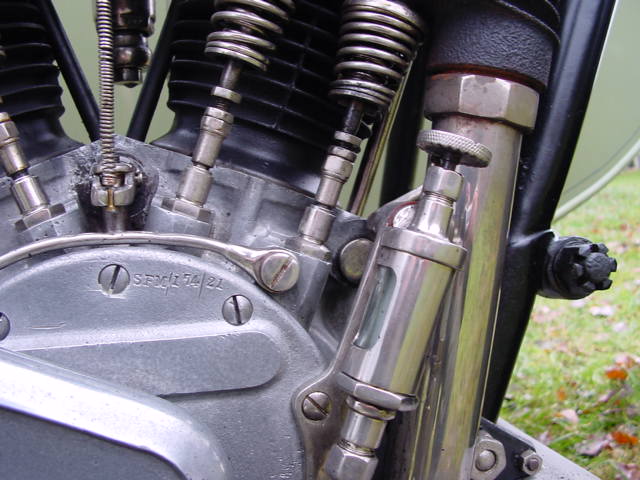 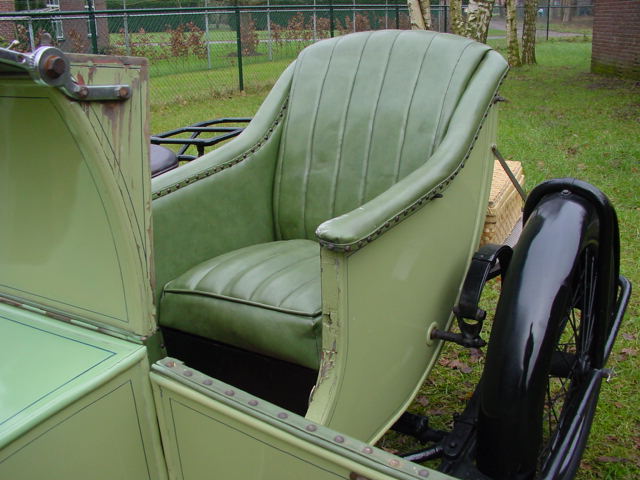 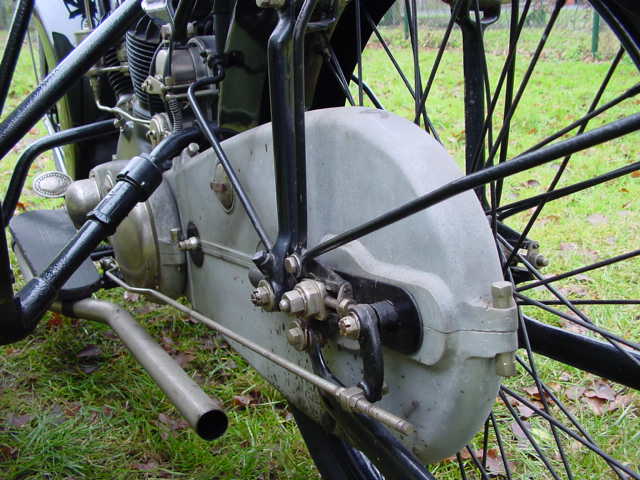 The Clyno Engineering Company entered the market at the 1909 Stanley Show: exhibited then were 2 386cc single cylinder models and a 744cc 5-6 HP V-twin.
During World War I Clyno earned a solid reputation for their machine-gun-equipped 8HP, a combination that was very unpopular with the German troops in France!
In 1919 the 8HP Sprung Eight was introduced and it became a popular choice in the sidecar-market.
This Sprung Eight de Luxe equipped with Clyno’s own 1000cc V-twin engine, 3 speed gearbox and both front and leaf-spring rear suspension, as for instance used by the “Powerplus” Indian.
The luxurious, roomy sidecar features a door, wind shield and interior lining and is fully sprung.
The wheels are fully interchangeable.
This machine made an appearance in the British tv series “House of Elliot”
A rare and fascinating combo, one of 2 known survivors in the Clyno register.