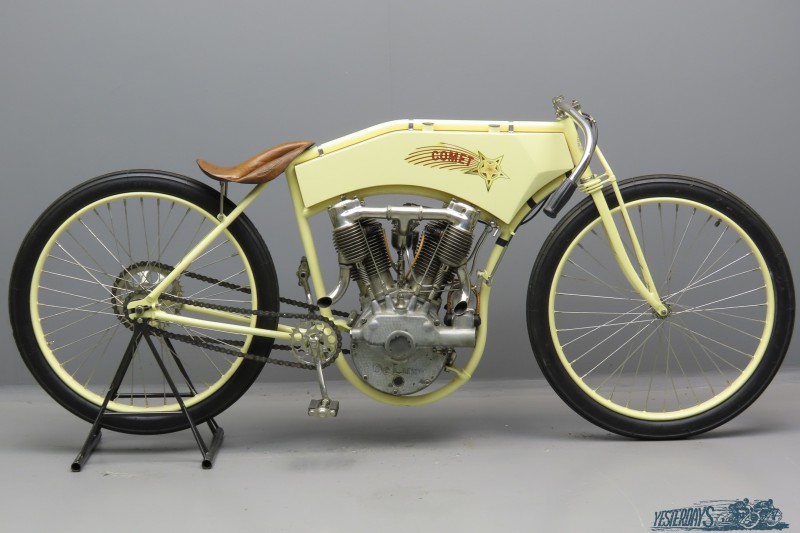 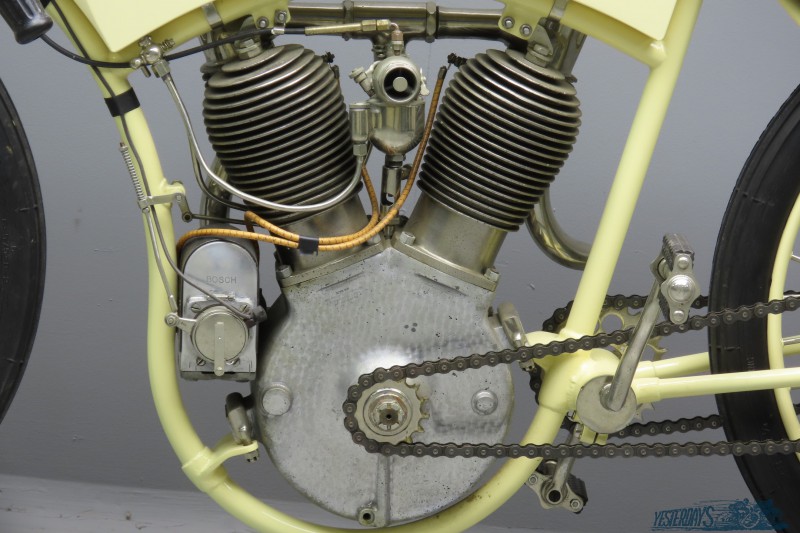 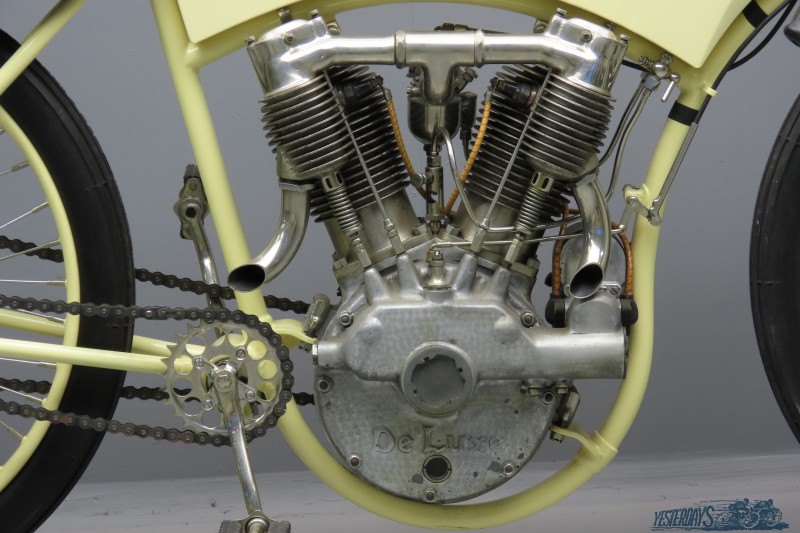 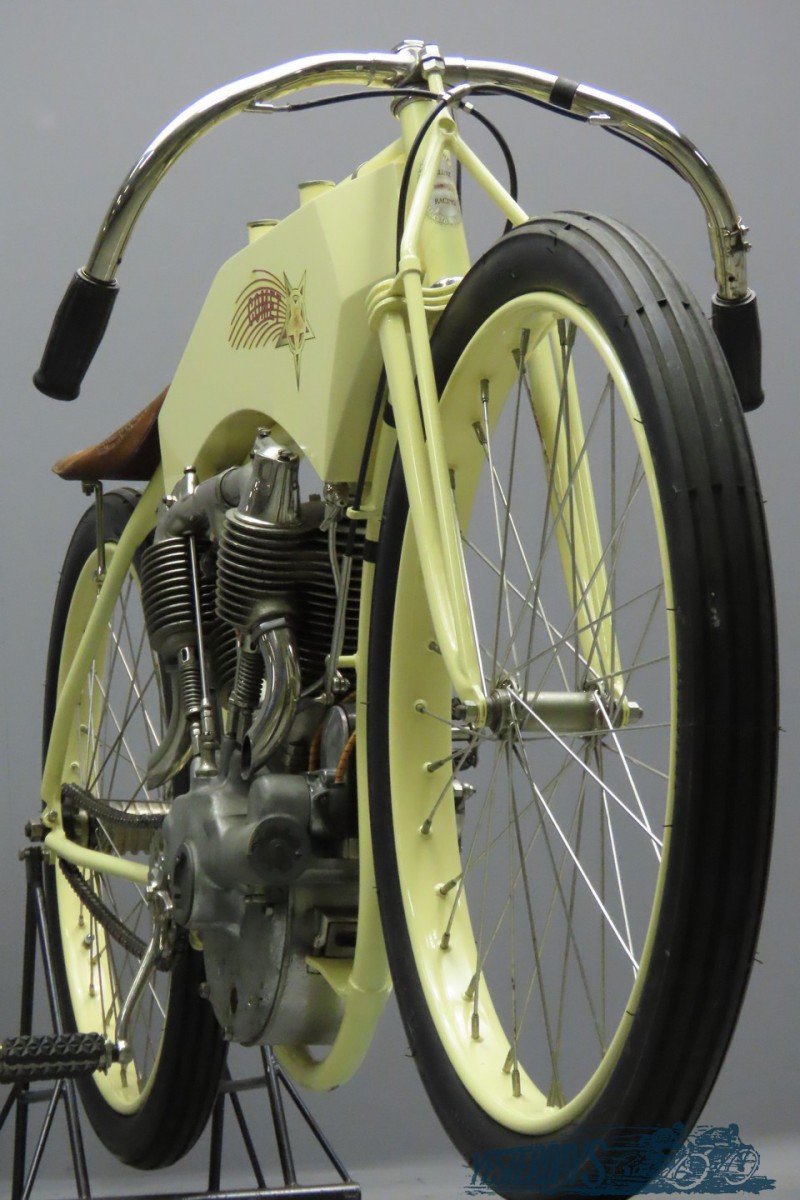 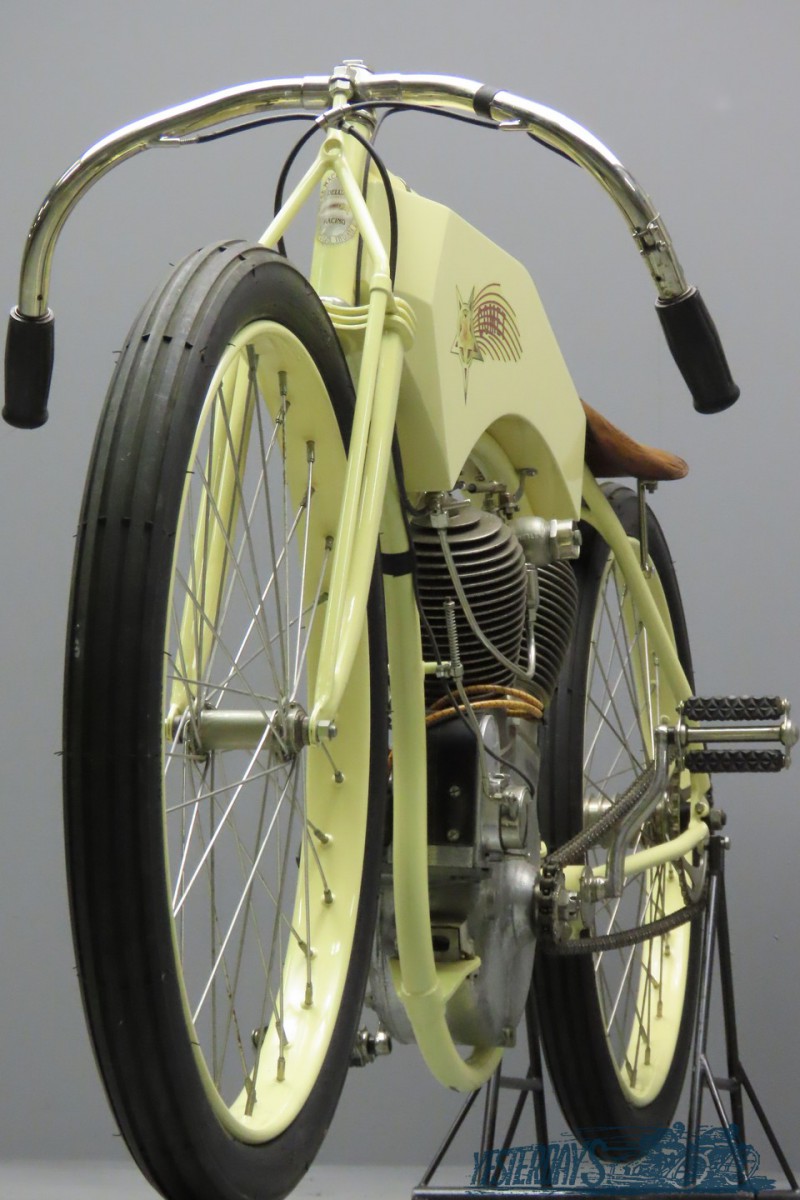 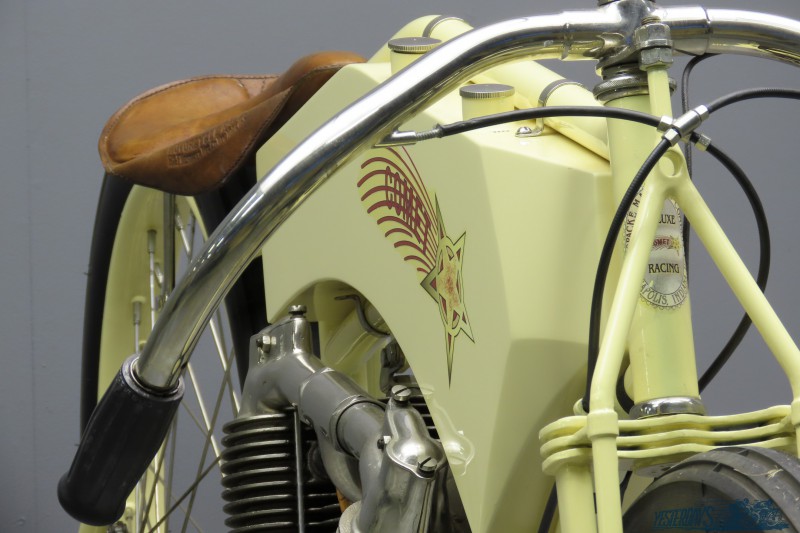 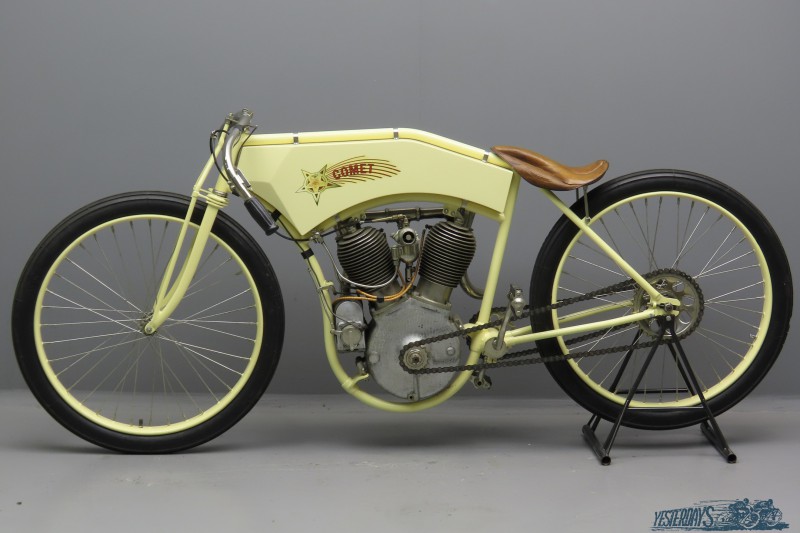 The “De Luxe” engine was built by the F.W. Spacke Machine Company in Indianapolis and was renowned for its high quality. F.W. Spacke Machine Company was founded in 1904 by Fred W. Spacke, a skilled machinist and inventor.
The company originally started as a modestly sized machining shop building air compressors, but soon expanded in 1907 to a larger facility.
In the 1910’s the firm was deeply involved in manufacturing engines for motorcycles.
In 1911 an engine was presented with a worm gear that drove a magneto, the only one of its kind in the US at the time.
The engines proved to be well received by the industry. Modified versions of the motorcycle engines were also manufactured for use in cycle-cars. Spacke’s death in 1915 ushered in a reorganization of the company and it was renamed to the Spacke Machine and Tool Co.
The reorganized company continued to produce the Spacke De Luxe engine, but these engines were mainly meant for use in cars.
A notable feature of the Deluxe engine is that both the crankshaft and the crankcase are made in one piece.
These engines were also employed by Dayton, De Luxe, Eagle, Minneapolis and Crawford.
The 9HP model was the top of the Sears range.
The camshaft runs fore-and-aft, with face cams on which bell cranks bear to drive tappets.
End thrust on the cam is taken up by an elaborate system of adjustable ball races.
This mighty machine was part of the well-known Jim Lattin collection of early racing motorcycles in California and comes in spick-and-span condition.