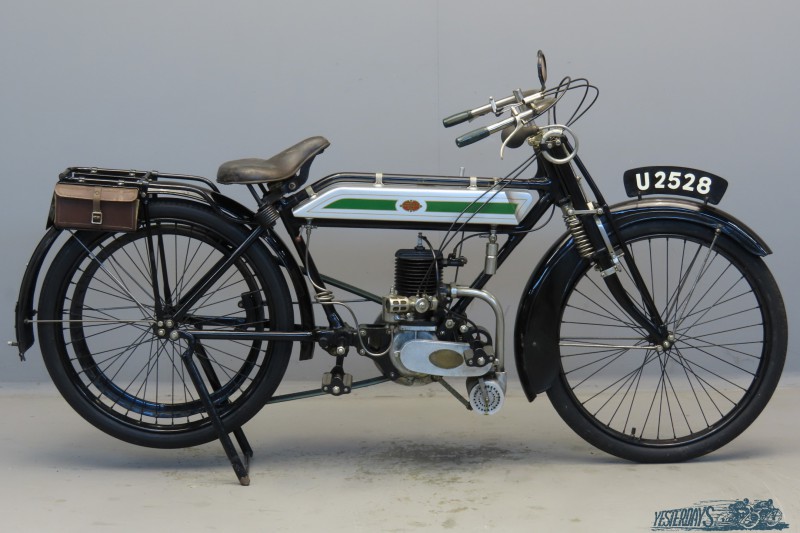 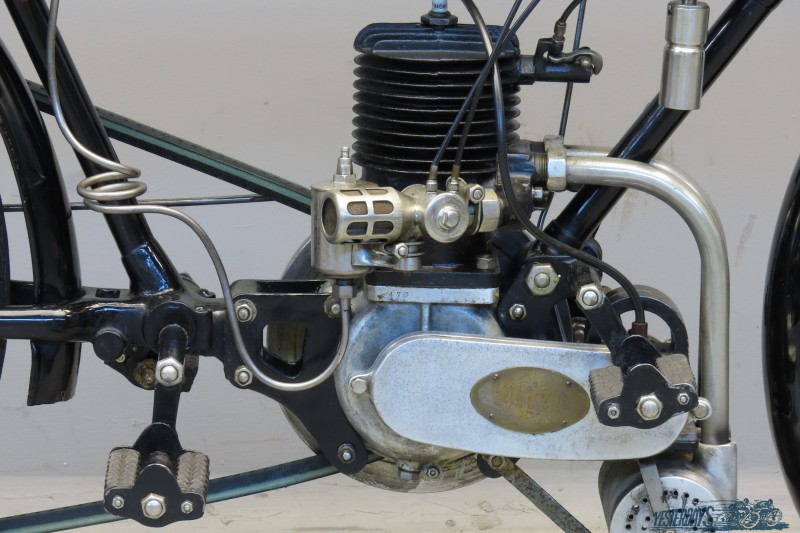 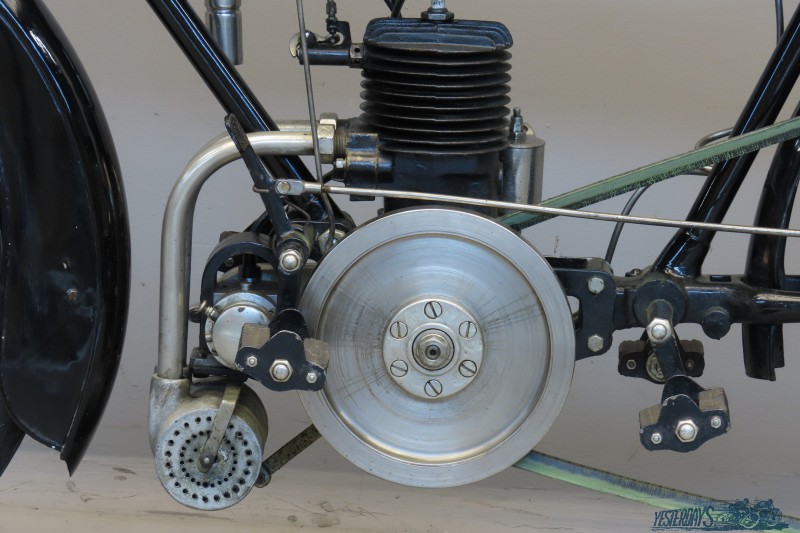 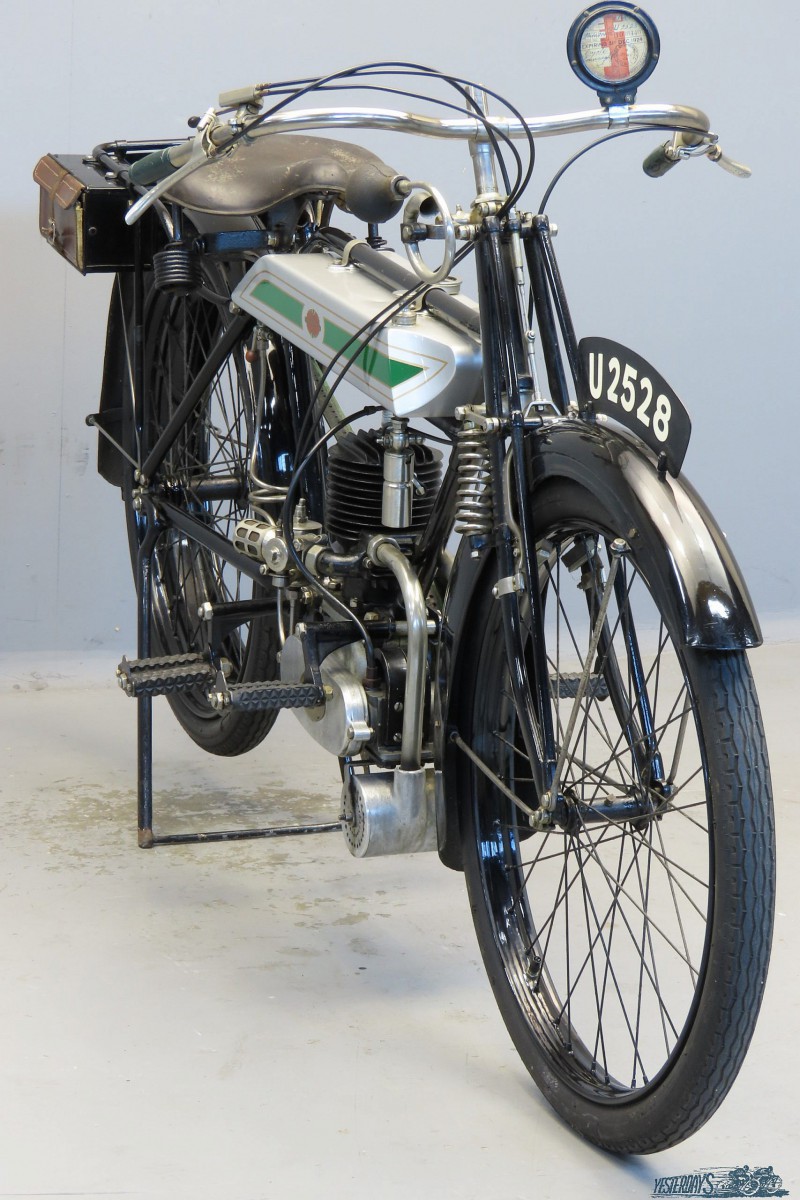 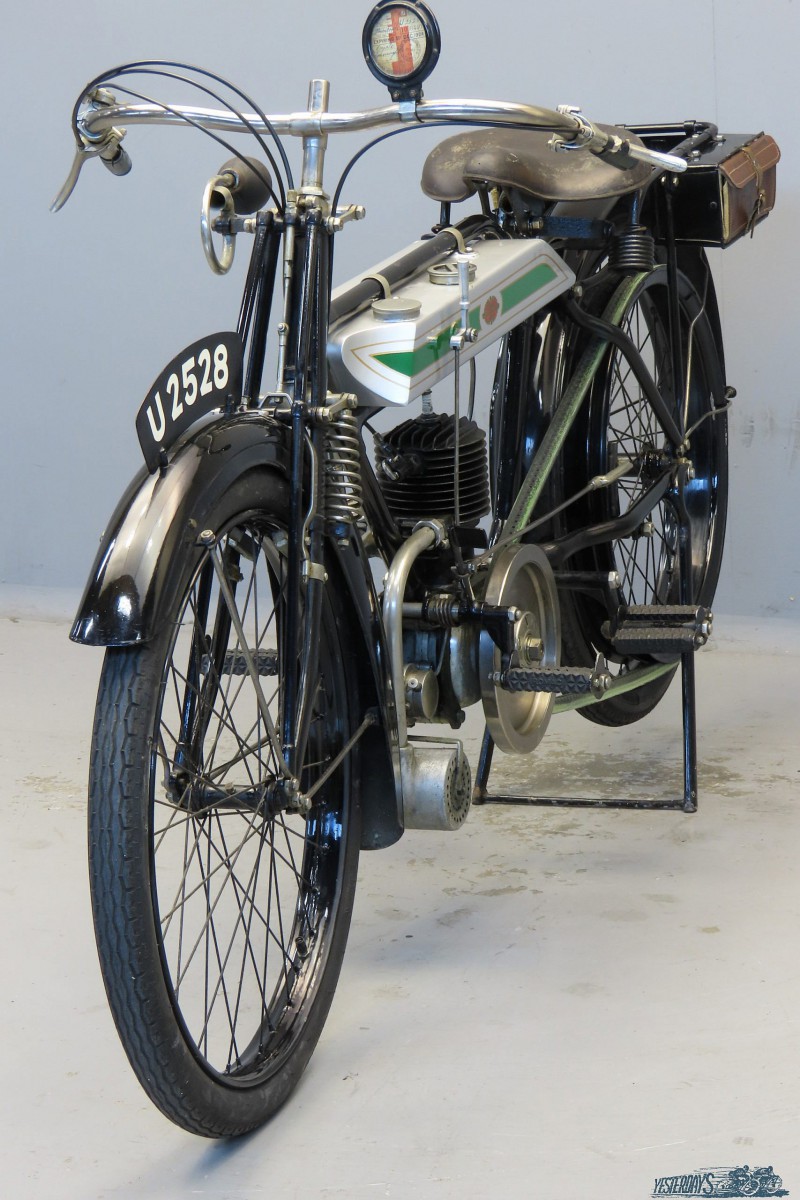 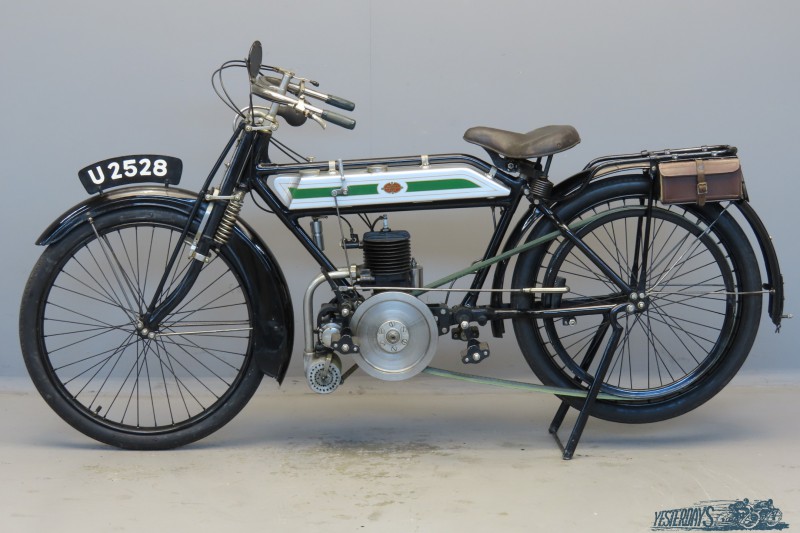 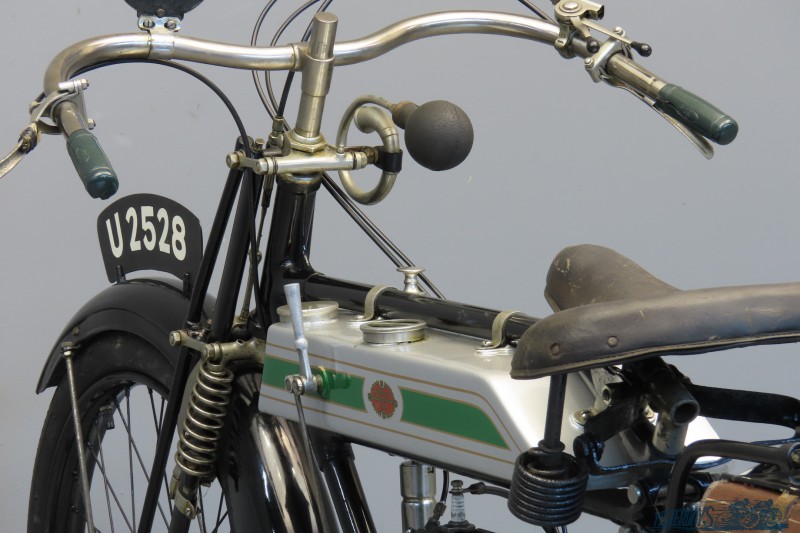 Connaught motorcycles were produced by the Bordesley Engineering Co. of New Bond Street, Birmingham. Their first machine was presented at the 1912 Olympia Show and The Motor Cycle of November 28, 1912 wrote: “This is an interesting little machine, which is shown on the Service Company’s stand, in that the lubrication is effected in a peculiar manner. To the present model there is no lubricating oil pump but a small measure screwed on to the oil tap union which is filled with oil and poured into the petrol tank. Beyond a charge of oil in the crank case, the lubrication is effected through the lubricant being mixed with the spirit – a system we are led to believe is entirely satisfactory. The gas is drawn in from the front of the cylinder, and on entering the engine it cools the outgoing exhaust charge. There is, of course, a partition between the inlet and exhaust ports. The transfer port is cast at the rear of the cylinder. (…)”

The 293cc engine had bore x stroke dimensions of 73 x 70mm and was fitted with an Amac carburettor. The Connaught was well-received and the following years two and three speed models and a Ladies’ Model were added. Production ceased by the end of 1916 and was taken up again after the war; at the Olympia Show in November 1919 four Connaughts were present, a “Miniature Model” which had 24“ wheels instead of 26” and was available as single speeder or as two-speeder and the standard model with similar specifications but 26” wheels. In 1922 a 370cc model was added, to cater for those who would like to add a sidecar. In 1924 a four-stroke with a 348cc engine was added and the 1925 range consisted of the good old 293cc machine now called the “Popular” with Burman 3-speed gearbox, kick start and clutch but still with belt secondary drive. The “Standard” had internal expanding brakes an all chain drive. Then there was the 370cc “De Luxe” offered with sidecar and finally three machines with four stroke engines: a side valve and two OHVs with engines of Bradshaw and Blackburne. 1926 would become the last year of manufacture and the basic model presented was still the 293cc two stroke: it had an impressive 14-year production period.

This rare Connaught was first registered on January 13, 1921 and the original logbook shows that it was licenced for only four years. The tax disc in the holder has an expiration date of December 31, 1924. This suggests that the little machine has seen only limited use. The condition of the nuts and bolts also gives the impression that it hasn’t been tampered with. The machine is a single speeder and there are two footrest-positions available. She’s an older restoration in good condition and comes with Senspray carb, UH magneto and miniature type bulb horn.