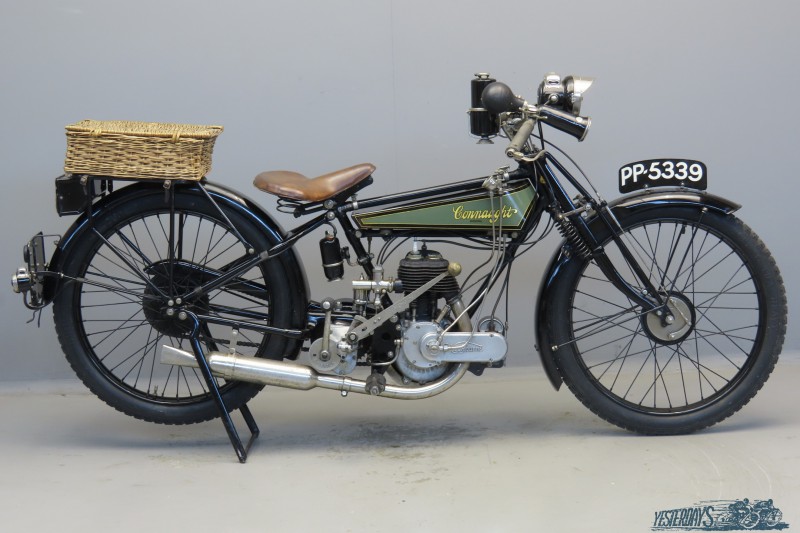 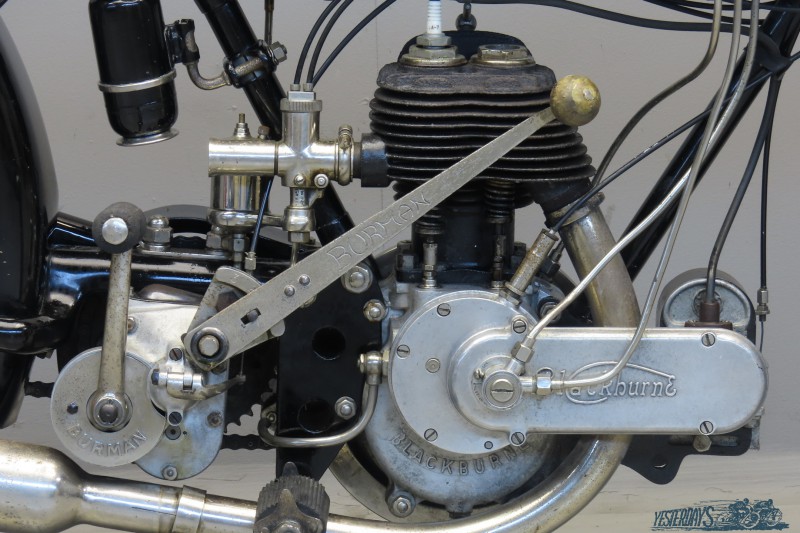 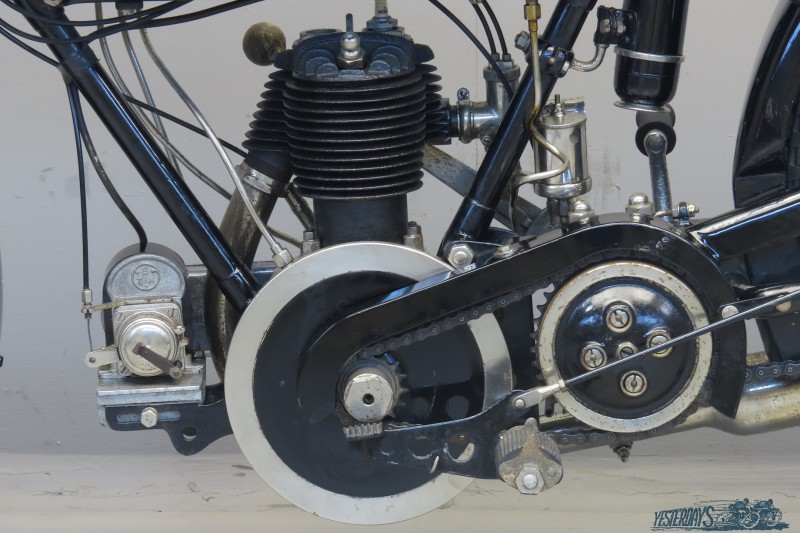 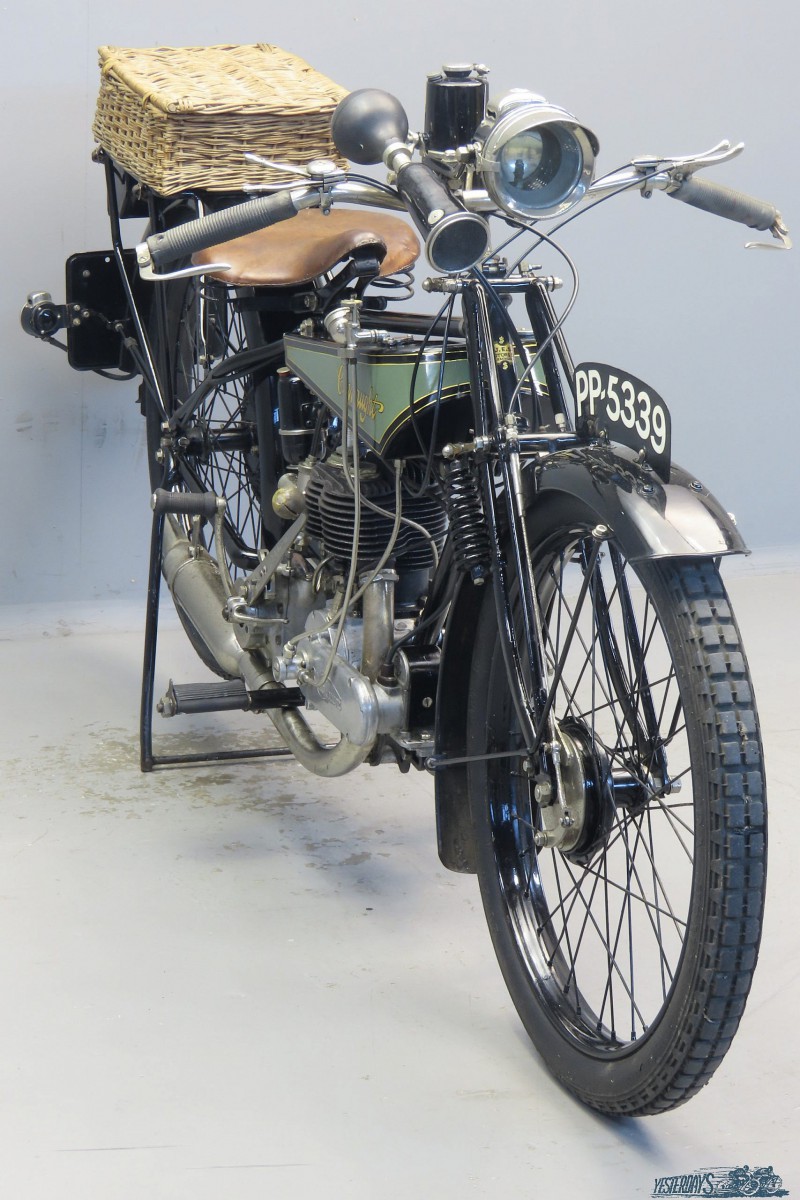 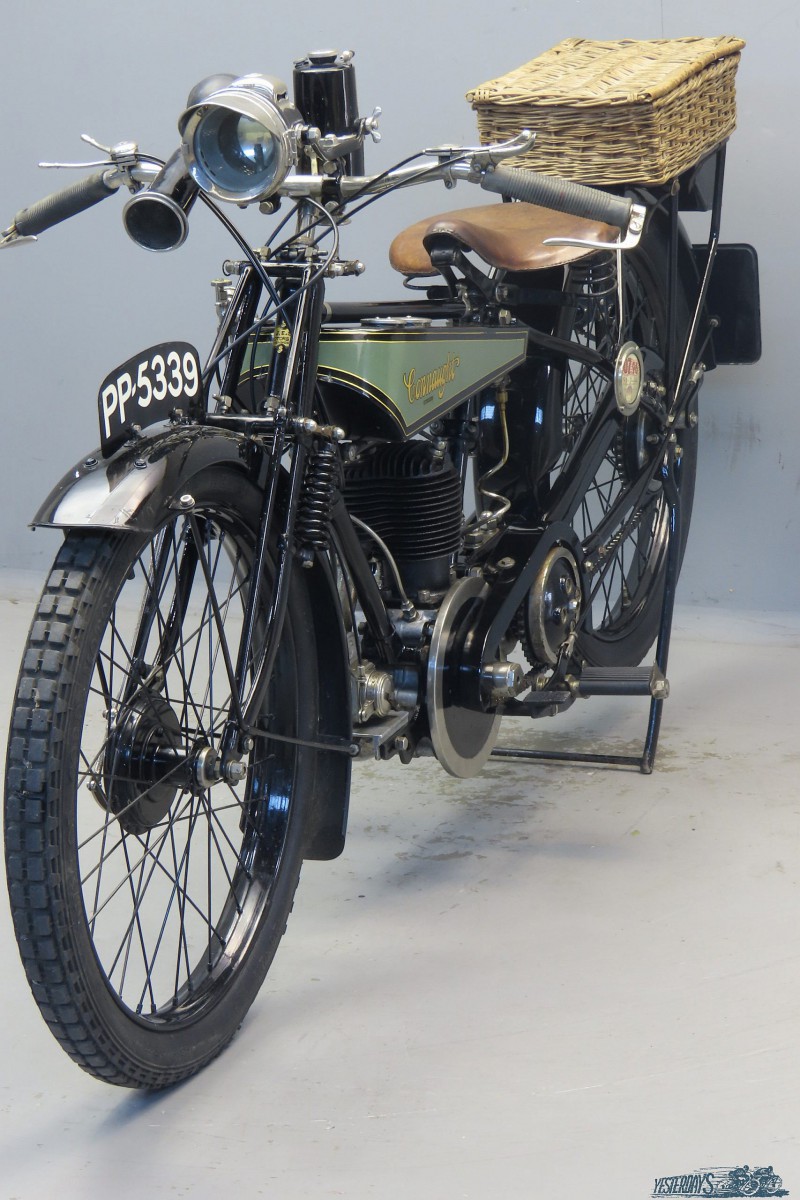 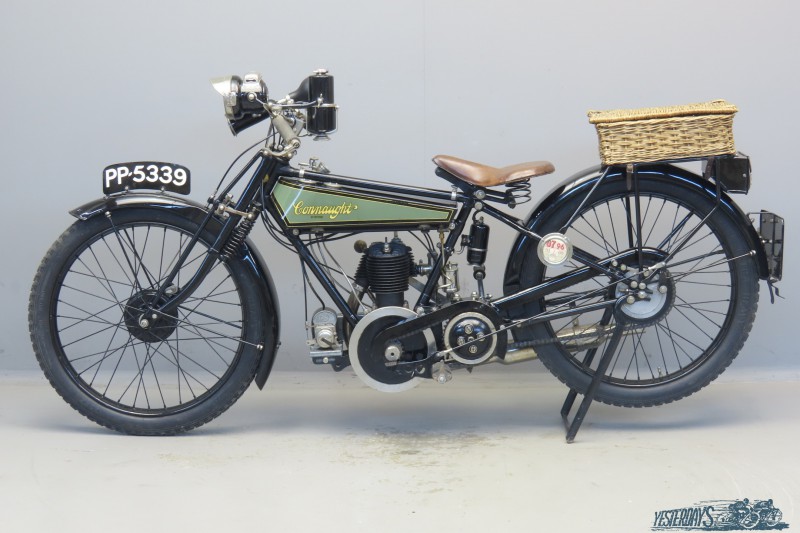 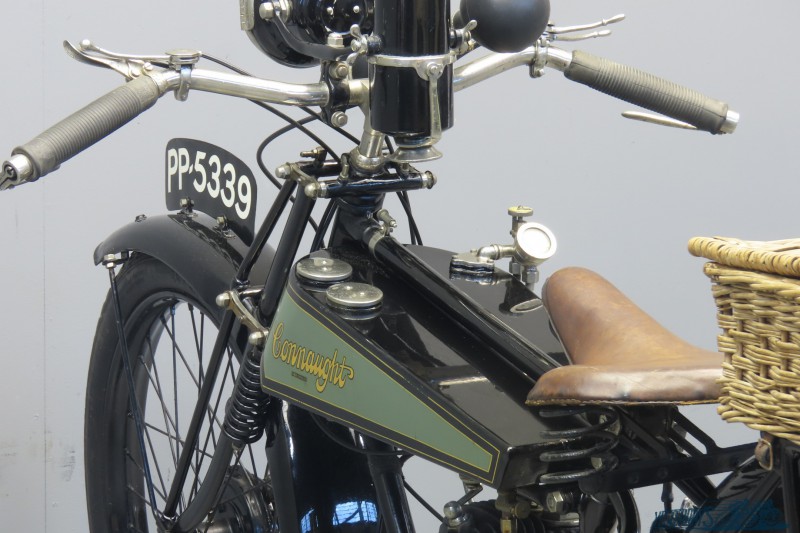 Connaught motorcycles were produced by the Bordesley Engineering Co of New Bond Street, Birmingham. Their first machine was presented at the 1912 Olympia Show and was fitted with a 293cc two stroke engine. During the early twenties the production of two strokes was continued but in 1924 a model with a 348cc four stroke engine was added. 1926 would become the last year of manufacture and the basic model presented was still the 293cc two stroke. It had an impressive 14-year production period. The 1926 folder shows the models designated with letters and the side valve Blackburne machine is Model D. Bore x stroke dimensions are 71x88mm. The Models D, E and F shared the same cycle parts; Model E was equipped with a 70x90mm 350cc JAP side valve and Model F sported a 350cc 65x105mm long stroke engine of Connaught’s own manufacture.

This Model D was first registered on January 15, 1926. She’s fitted with 3-speed Burman gearbox, BTH magneto, Leckie saddle and Amac carburettor. Both wheels have 5-inch internal expanding brakes. With a weight of some 100kg and a factory-claimed top speed of approx. 85km/h. This restored Connaught is a practical vintage machine. Accessories include P & H acetylene lighting set, bulb horn and wicker picnic basket. Roy Poynting wrote an article on a virtually identical 1925 Blackburne-engined model in The Classic Motorcycle of June, 2017.