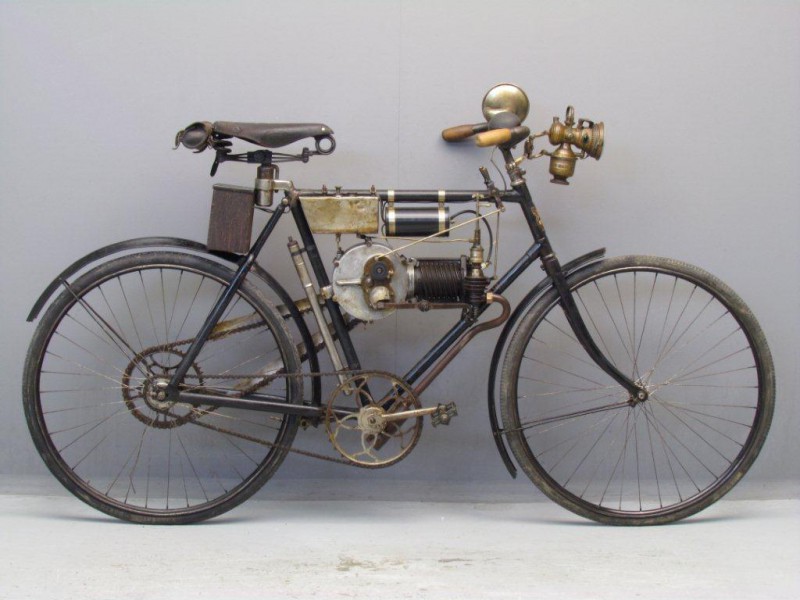 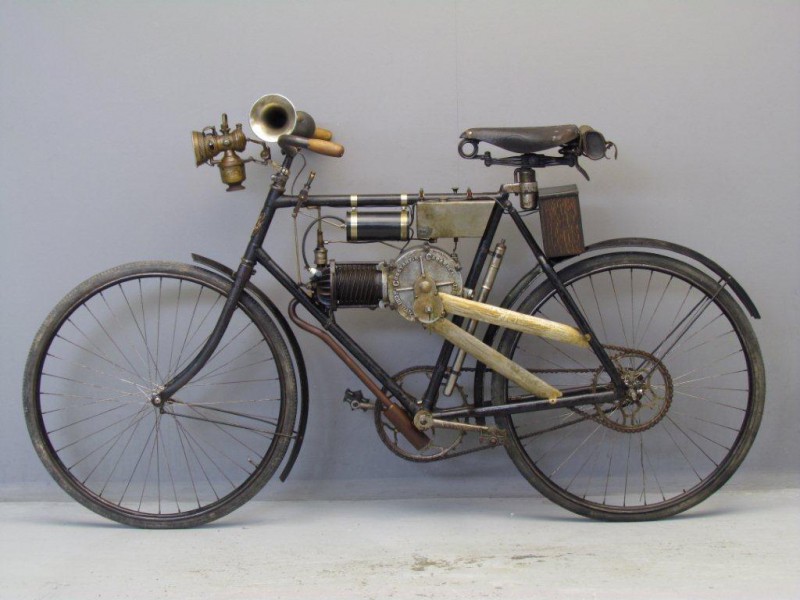 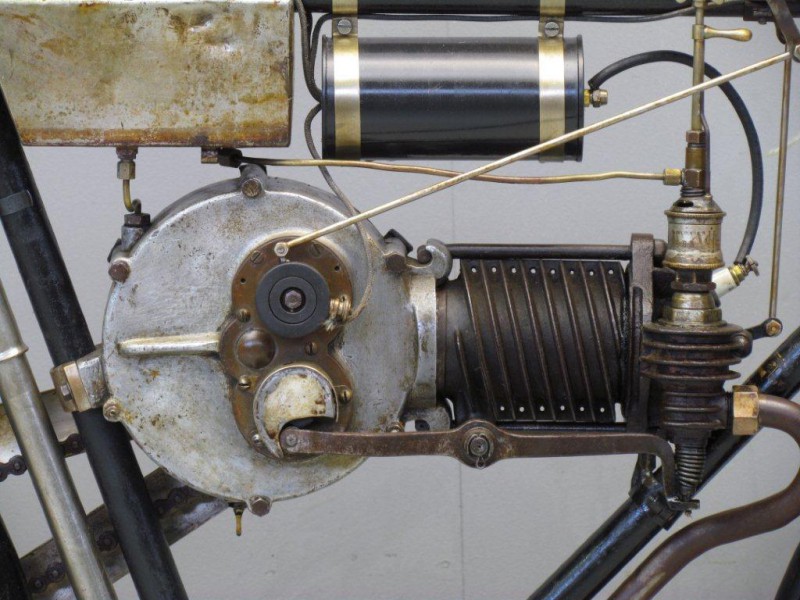 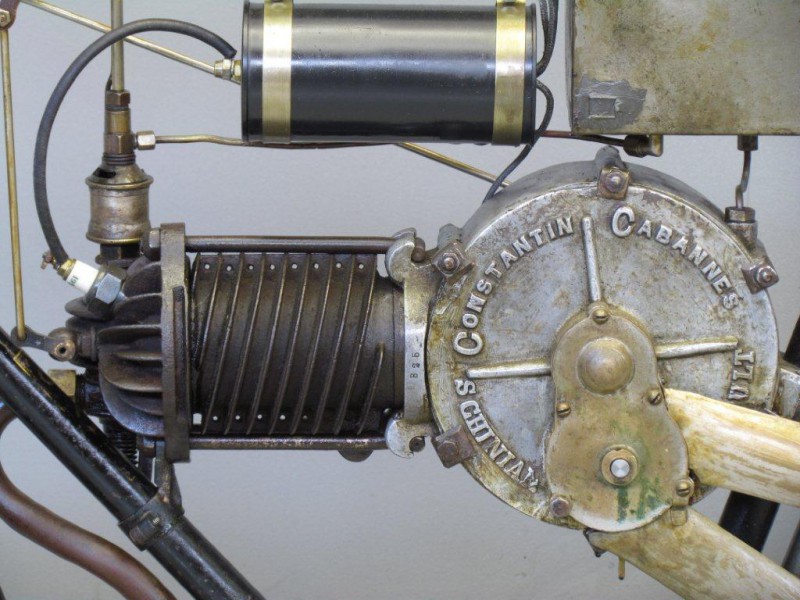 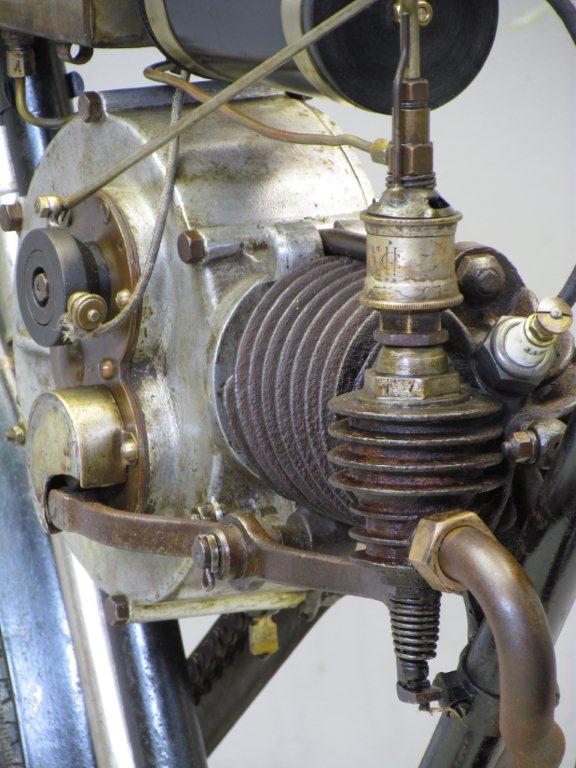 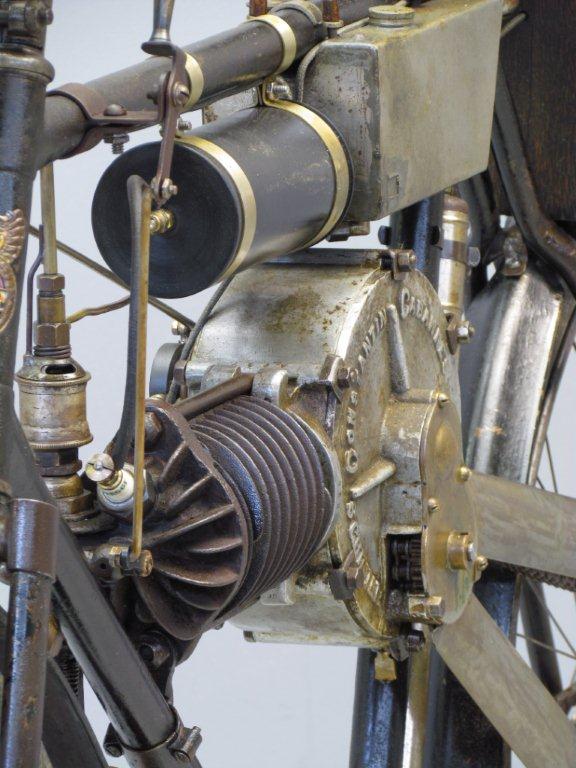 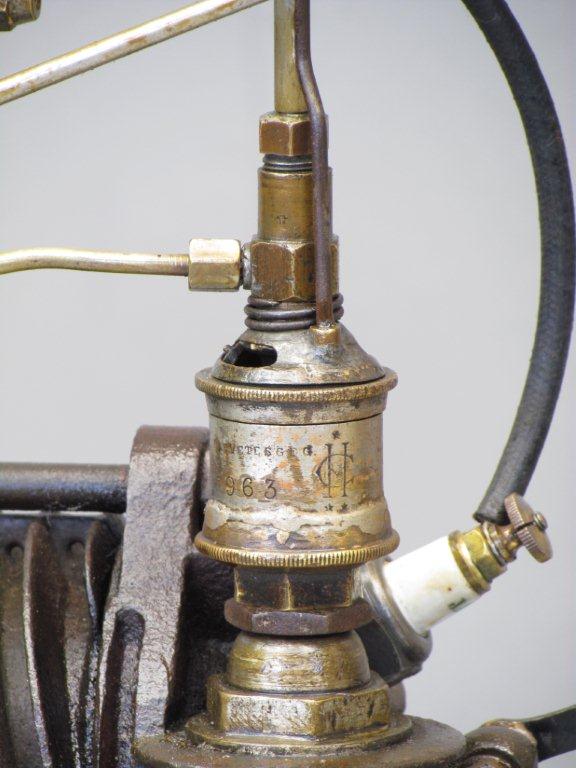 Watchmaker  Jean  Constantin  from Argeliers  in the  Aude region   designed and built this very early petrol engine together with a Mr. Cabanes  in the years 1898-1899  .
Constantin had chosen to place the engine in a horizontal position within the frame triangle because in the position, he argued, the engine vibrations would be least disturbing to the  rider.
The design  has many interesting and unusual features for that time.
The drive is by chain instead of belt and the chain can be tensioned by loosening and turning the left  crankcase plate.
The exhaust valve is not operated by a pushrod, but by an oscillating lever that is operated by a cam on the right side of the crankcase.
There is a rudimentary carburetor on board with a float to regulate the petrol flow; quite modern at a time when most makers still have to make do with surface carburetors.
The engine turns at 2,400 rpm which gives a  top speed of around 45 km/hour. Manufacture of the Constantin is taken up by  the firm of Rouanet and Co. in Saint- Chinian.
Constantin’s machine gets a very favorable reception and wins the first prize and a gold medal at the International Exhibition in Montauban in 1900.
It is alleged that some nine machines have been built, first a batch with standard bicycle components and later a batch with  strengthened  frames and forks.
Only two complete machines are known to have survived, next to a single engine and an engine plus frame.
This very early and very interesting veteran is presented in authentic and unrestored condition.
Notice the very comfy looking saddle with vertical enclosed spring.
Must be a joy to ride!