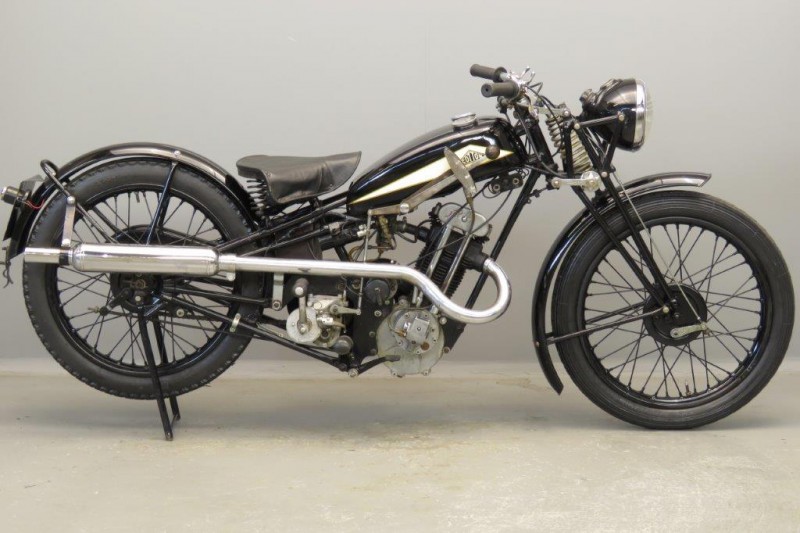 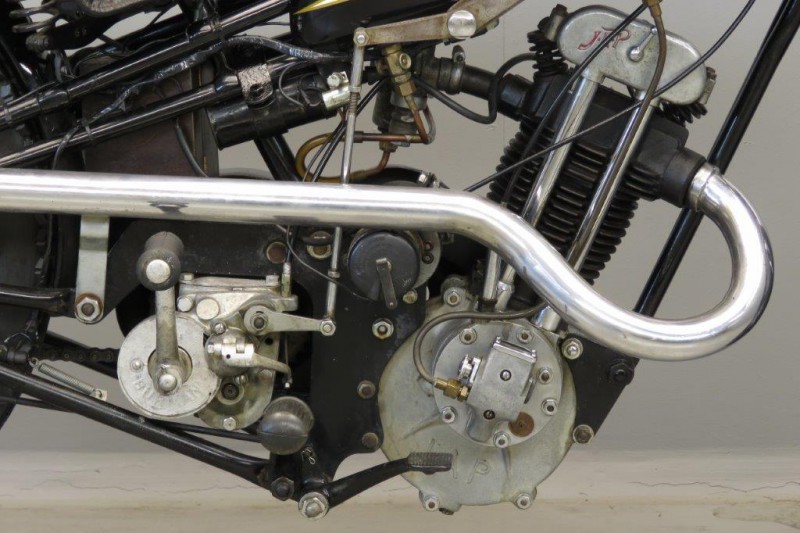 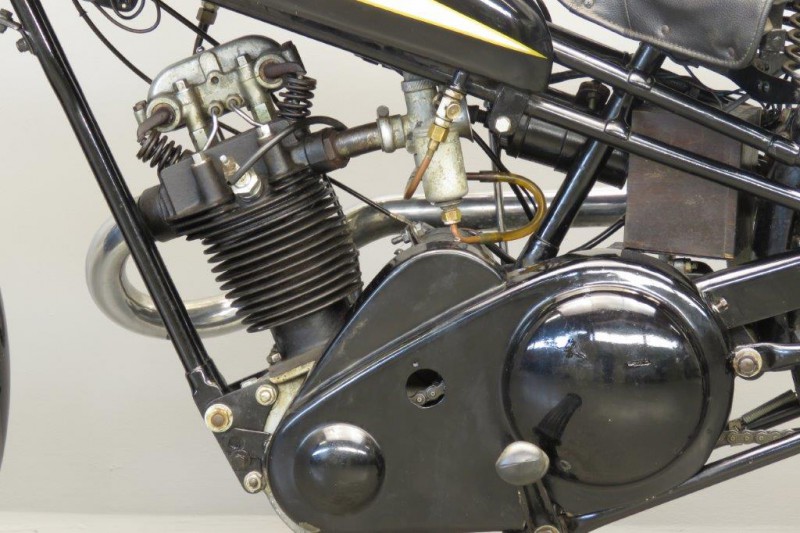 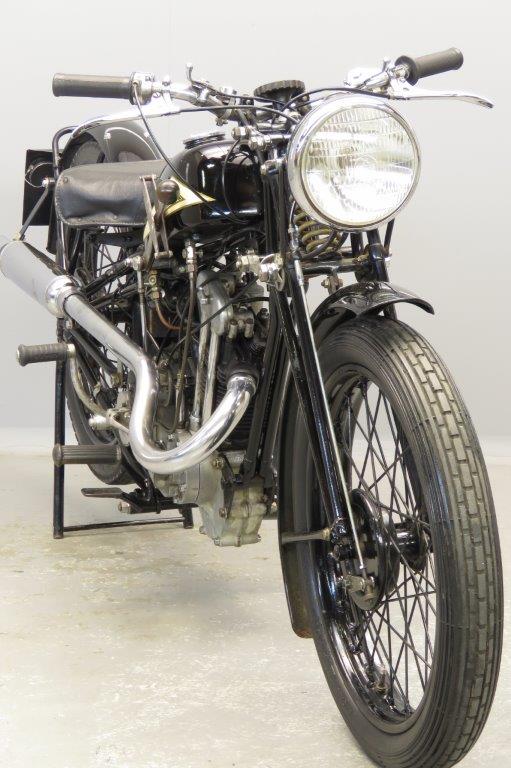 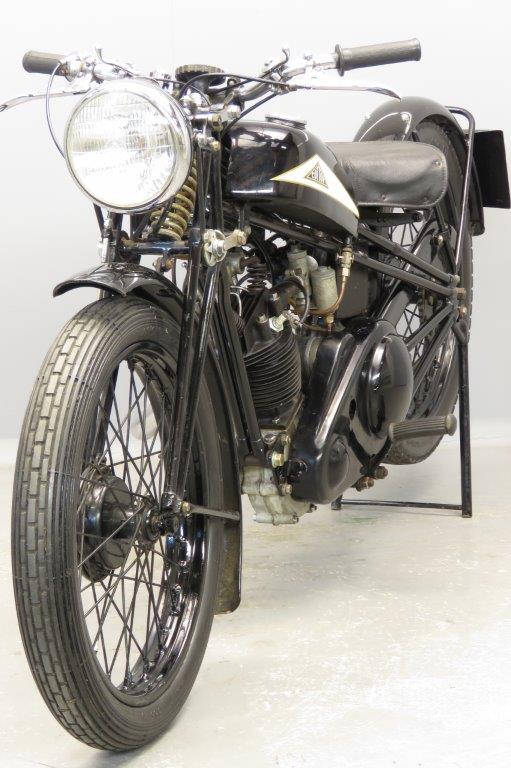 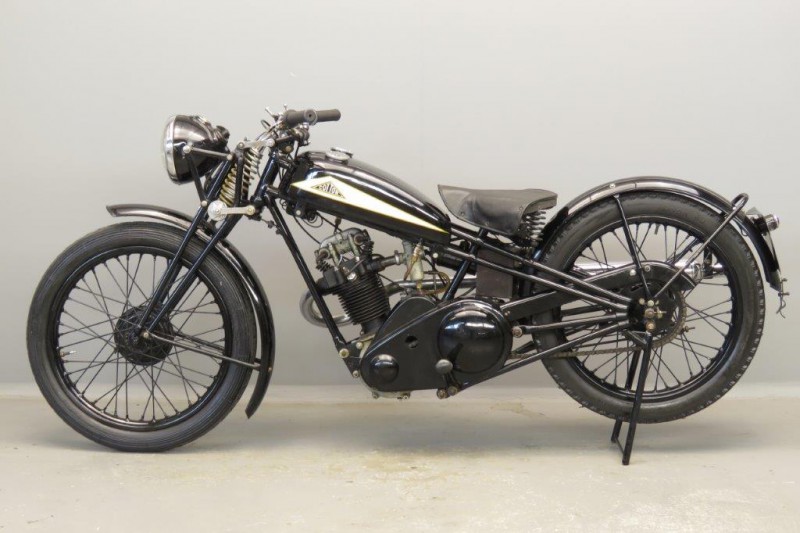 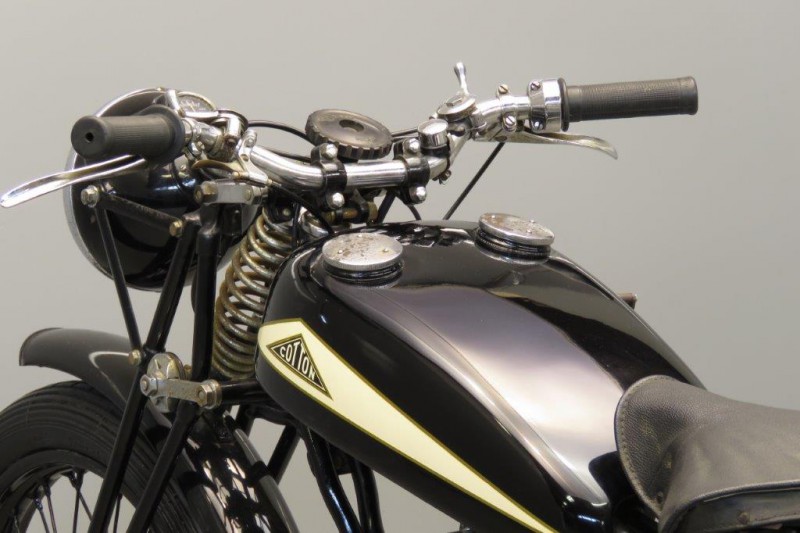 The Glouchester-based Cotton factory was one of many small manufacturers that used proprietary engines in the years between the first en second world wars.
But there was something quite special about the Cotton, that made it much more successful than most other small makes: its frame.
The frame that Frank Willoughby Cotton designed around 1914 was of triangulated construction, very light and exceptionally strong.
Cotton was studying law at the time, but after WWI he decided to become a motorcycle manufacturer.
In 1922 Cotton entered three machines for the Junior TT; an unknown young Irishman by the name of Stanley Woods rode his Cotton to an impressive 5 th place, despite a number of alarming mishaps during the race such as the machine and rider catching fire during refuelling!
The next year Woods rode again for Cotton and he scored his first of 10 TT victories, being only 19 years old.
Cotton had proved the very good roadholding and cornering qualities of his bikes and the make was to win many more races.
In the years after WWII Cotton left the triangulated frame principle and scored successes in moto-cross and road racing.
The 1934 range consisted of no less than 20 models, four of which were 250 cc OHVs.
These lively two-fifties were new in the Cotton range and as the catalogue put it “are specially erected to give mighty performances within the new 30 shilling tax limit”.
Two of these two-fifties had JAP engines, one was fitted with a Rudge-Python 4-valve power source and one was Blackburne-powered.
The model we present here comes with the JAP Big-port engine with bore x stroke of 62×80 mm.
The machine is fitted with Burman three speed gearbox and dynamo lighting & ignition system.
Top speed of this older restoration is 65 mph.